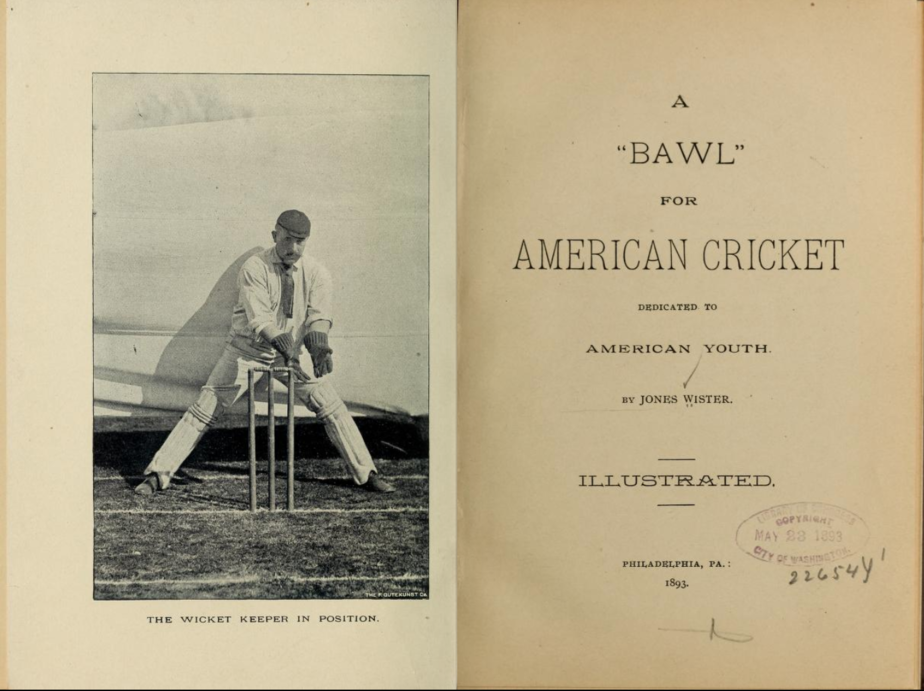 It is peculiar that cricket, the second most popular sport in the world, is practically non-existent in arguably the most influential country in the world, the US. The sport is somewhat of a religion in South Asian countries like India, Pakistan, Bangladesh and Sri Lanka, and is followed as a major sport in Australia, England, New Zealand and South Africa. Given the US’s rich sporting culture, it is somewhat surprising that cricket has not been a major part of it.

The History of Cricket

The history of cricket in the United States is interesting; the sport saw a distinct rise in popularity (it was well-followed in the 1800s) before being completely overtaken by its cousin, baseball. The first annual cricket match that the US participated in took place in Bloomingdale Park, New York, against Canada. The state of Philadelphia, in particular, had a special affiliation with the sport, with their own cricket team that represented them for close to 35 years. They even organized a tour of England, which was monumental back then, given that cricket popularity was steadily waning. In 1903, comparisons were drawn with this team and the Australians’, with the team rarely being beaten. This association with the sport earned Philadelphia the moniker of being the ‘Cricket Capital of America’. Popularity during this time reached such heights that countries like England and Canada toured the US for fixtures.

By the time of the American Civil War, baseball had comfortably replaced cricket as the game that America was keen on developing. Eventually, cricket had been reduced to an amateur game for gentlemen while baseball became the primary bat and ball sport of the country. Even though Philadelphia continued to show its support for the game, as 1900 drew closer, even its interest began to fade. The final nail in the coffin came with the formation of the Imperial Cricket Conference in 1909 (today known as the International Cricket Council), which left the United States out of any future cricketing plans.

There are a variety of reasons for the downfall of cricket in the US. However, two of these reasons stand out.

One common argument given is that baseball is less complicated and has a simpler set of rules. Cricket in its original form (test cricket) takes place over 5 days, with 90 overs usually being played in a space of six hours or more. Baseball is much quicker, with one game lasting around three hours on an average.

The second line of argument blames the United States Cricket Association’s several failures. The body governed cricket in the country until June 23rd, 2017, after which they were expelled by the ICC for failing to implement rules in a constitution that would lead to more governance and transparency. Further, in 2015 a letter was sent to the board by the ICC asking them to repay a loan of $200,000 that they were given, and in 2014, ICC froze the funding of the organization.

While things may have seemed bleak for the sport in the country at the turn of the century, in recent times, several steps have been taken to increase the sport’s appeal across the country. New Zealand and Sri Lanka played a two-match T20 series in the only ICC approved ground in the country, in Lauderhill, Florida in 2010. The stadium also played host to New Zealand and West Indies in 2012, and in 2016 India and West Indies played two T20I matches at the same location. Other than this, there are five other professional (although not ICC approved) cricket grounds in Indiana, Los Angeles, Philadelphia and New York.

2011 saw the return of the K.A. Auty Cup, a series played between the US and Canada after a 17-year hiatus. Its most recent edition was this year in Toronto, where the US claimed their first series win. In 2015, the Cricket All Stars Series took place between teams consisting of retired greats captained by Shane Warne and Sachin Tendulkar, arguably two of the greatest players the game has seen. The games were played in New York, Houston, and Los Angeles. What made these games special was that baseball stadiums in the respective cities were modified to accommodate cricket pitches brought in from New Zealand. The games were in the T20 format, as the fast pace of this format enabled people to get absorbed into the action fairly quickly. The series is expected to continue, although the second edition is yet to be held.

Streaming of cricket has also become much more popular, with the channel Willow TV streaming cricket matches that happen around the world. In 2014, 2.4 million Americans watched ESPN’s broadcast of the ICC World T20 final, and that year, they also made the decision to broadcast the Indian Premier League (IPL). In 2015, the IPL was 6th on a list of the most watched sports leagues in the world, actually edging out major tournaments like Major League baseball and La Liga.

The United States can get back into cricket, and make it as popular as it once was. Several steps, like the above, have been taken to make sure that the country can get back on its feel, and it can only get better from here on out. While a full member status may be a while away for the superpower, with the advent of T20 cricket and its popularity in the US, the foundations for a brighter future have been laid.