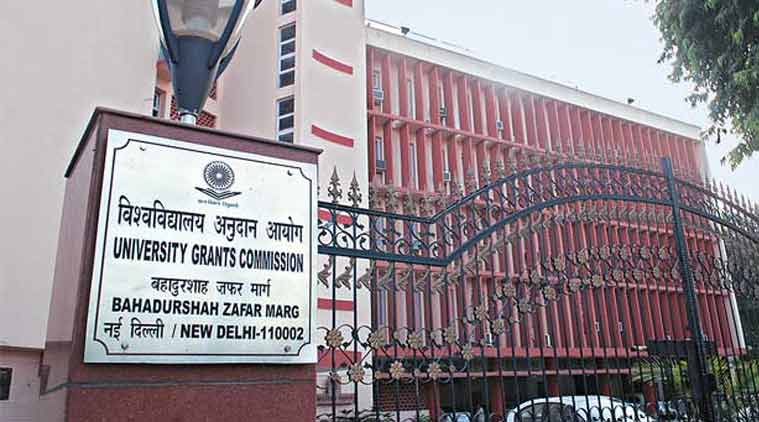 The compelling need to resolve the shortcomings of the University Grants Commission (UGC) cannot be disputed. A body that ought to have inspired academic excellence and research, by virtue of its bureaucratic structure, became representative of all that is wrong with the Indian higher education sector.

The Higher Education Commission of India (HECI) Act 2018, proposed by the Ministry of Human Resource Development (HRD), hopes to correct the failures of the higher education regulating body. With no fiscal responsibilities, the HECI serves solely as an administrative body with the objective of achieving “Less Government and more Governance”, thereby allowing greater autonomy for Indian universities on the whole.

The decision to reform higher education in India has been in the pipeline throughout the NDA’s regime. Multiple committees over the years have suggested an overhaul of the infamously bureaucratic functioning of the higher education governing bodies. The initial reform, proposed in the HEERA Act of 2016, recommended the merger of the three independent higher education bodies— namely the UGC, the AICTE (All India Council for Technical Education) and the NCTE (National Council for Teacher Education). HEERA, a new unified regulator, intended to eradicate superfluous regulations and benchmarks while catering to the needs and ambitions of India’s higher education sector.

However, the Act—that was set to be implemented by September of this year—fell through, after considerable backlash from all involved bodies. Concerns regarding problems that emerged from cadre mergers were raised; it was also pointed out that the AICTE had recently introduced independent regulatory reforms. Presumably, the inability to implement the Act within the current government’s tenure acted as a significant impediment too.

The meeting that tolled the death-knell for the HEERA was also the cradle for the HECI. Since a reform was necessitated, a milder HECI seemed appropriate and time efficient.

The HECI intends to reform the UGC alone, while the AICTE and NCTE may align themselves to its larger goals wherever necessary. Broadly speaking, the HECI is simply a rebranded UGC, but with newer and elusive goals such as specifying learning outcomes for courses, laying down standards for teaching, assessment and research, evaluating the academic performance of institutions based on specified criteria, and bringing in a robust accreditation system, amongst others. “What’s in a name?” asked Shakespeare. The ability to reform, apparently.

The body has also been granted the power of giving a degree-awarding status to institutions. It will dictate the minimum eligibility criteria for the appointment of key university administrators, and may even suggest parameters determining the fee structure. In addition, the HECI can mentor institutions that fail to meet its set academic standards and in certain cases of non-compliance, it can even order their closure. Having been vested with these powers, the HECI’s mandate also includes the objective of ensuring Indian universities aspire to greater autonomy. Given its vast regulatory powers, the possibility of achieving the objective of autonomy has raised a number of eyebrows.

Even so, what is being hailed as a game-changer for Indian higher education starts off at a disadvantage. With the continued segregation between technical education and education in other fields, the goal of a unified system is undermined. Moreover, there is no assurance that the continuously prioritized technical education sector would allow room for social sciences and humanities to grow. This is especially pertinent considering that grant giving, as the prerogative of the MHRD, will be more politicised than ever before. It remains to be seen if the ministry would aid sectors in dire need of uplifting.

However, the problem lies within the structure of the HECI: it consists of three central government representatives, the two chairpersons of the AICTE and NCTE, two serving university Vice Chancellors, two chairpersons of accrediting bodies, only two professors, and a “doyen of industry.” This under-representation of academics (especially along caste and gender lines) has invited strong criticism from academics and students alike.

In an email exchange with The Bastion, Dr Padma Sarangapani, Professor of Education at TISS Mumbai, notes that although riddled with issues, the UGC officials were academics of standing. “The overall design of the commission [HECI] makes it subservient to bureaucracy (..) Instead of strengthening the process of appointing academics whose reputation and leadership is beyond doubt, (..) it seems that academia is being placed in second position”.

In such a scenario, the disbursement of funds—critical to stimulating the higher education sector—remains suspect. Sarangapani adds, “it is not clear how grantmaking is going to be taken up by the MHRD. The MHRD as such does not have academics or competence to judge academic worth.” As a result, it is not outlandish to believe that financially sound institutions will be given preference as opposed to those that are financially weak but academically strong.

Granting autonomy to universities and colleges remains the focal objective of the HECI. However, this autonomy is conditional and graded, making the HECI a commission that is a far cry from the battle against over-regulation.

Mrinmayee Mandal, a research scholar at NIEPA, informs The Bastion of the distinctions being drawn between institutions in each of the three tiers, through graded autonomy. “While category I institutes are free to start their own campuses, new courses, hire (and fire, obviously) faculty, change curriculum etc, category II will still need UGC approval. Category III, the lowest performing institutes will be more scrutinised.” Category III institutions typically cater to India’s non-urban and rural landscapes.

On the surface, graded autonomy does not seem so bad: as an institute, you do well and the government gives you a free reign. Except, this concept destroys the very basis of academic freedom that the UGC (and Indian higher education) was founded on. According to Mandal, “The autonomy promoted in the HECI Bill (..) is the autonomy of individual institutions to deal on their own with the sources of their funding, to develop courses to meet the student demands or to hire (and fire) faculty. The UGC Act of 1956 visualises the autonomy of higher education as self-autonomy of the entire sector [emphasis added] to regulate itself independently of the government in power (..) To realise this autonomy, the UGC, a body dominated by academicians, is conceived as a buffer between the chief funder of higher education, namely the government, and institutions of higher learning.”

“The HECI Bill (..) removes the buffer, forcing institutes to deal with demands of the government on their own.”

Thus, instead of taking stands through the processes of debates and intellectual stimulation—as is customary of universities around the world—they may be pressured to toe the line, in order to secure funding and coveted autonomy.

What Lies Ahead for Indian Higher Education?

Granted, the impending reform of the UGC is welcome. Yet, as Dr Sarangapani iterates, it is not certain if “there is anything in the HECI which achieves this.” The grounding of the policy remains suspect, especially in light of the delayed release of the National Education Policy (NEP). “Surely the thinking on higher education reform being articulated in the NEP should guide and be the basis of a HECI. The fact that the government has not waited or even invoked the NEP is surprising and also disconcerting.”

With the list of “institutions of eminence” also having been announced very close to the HECI reveal—including a non-existent university proposed by a “doyen of industry”— questions are being asked regarding the intent of the government in proposing such a reform.

It is apparent to a degree, that the new HECI Act is a compromise. A milder reform than HEERA, it highlights the desperation of a government in the last year of its term to leave a mark. As it stands, the repackaged educational authority will not bring India’s institutions any closer to being in the top 500 global institutions— a list on which the absence of an Indian institution has been a particularly sore point for the government.