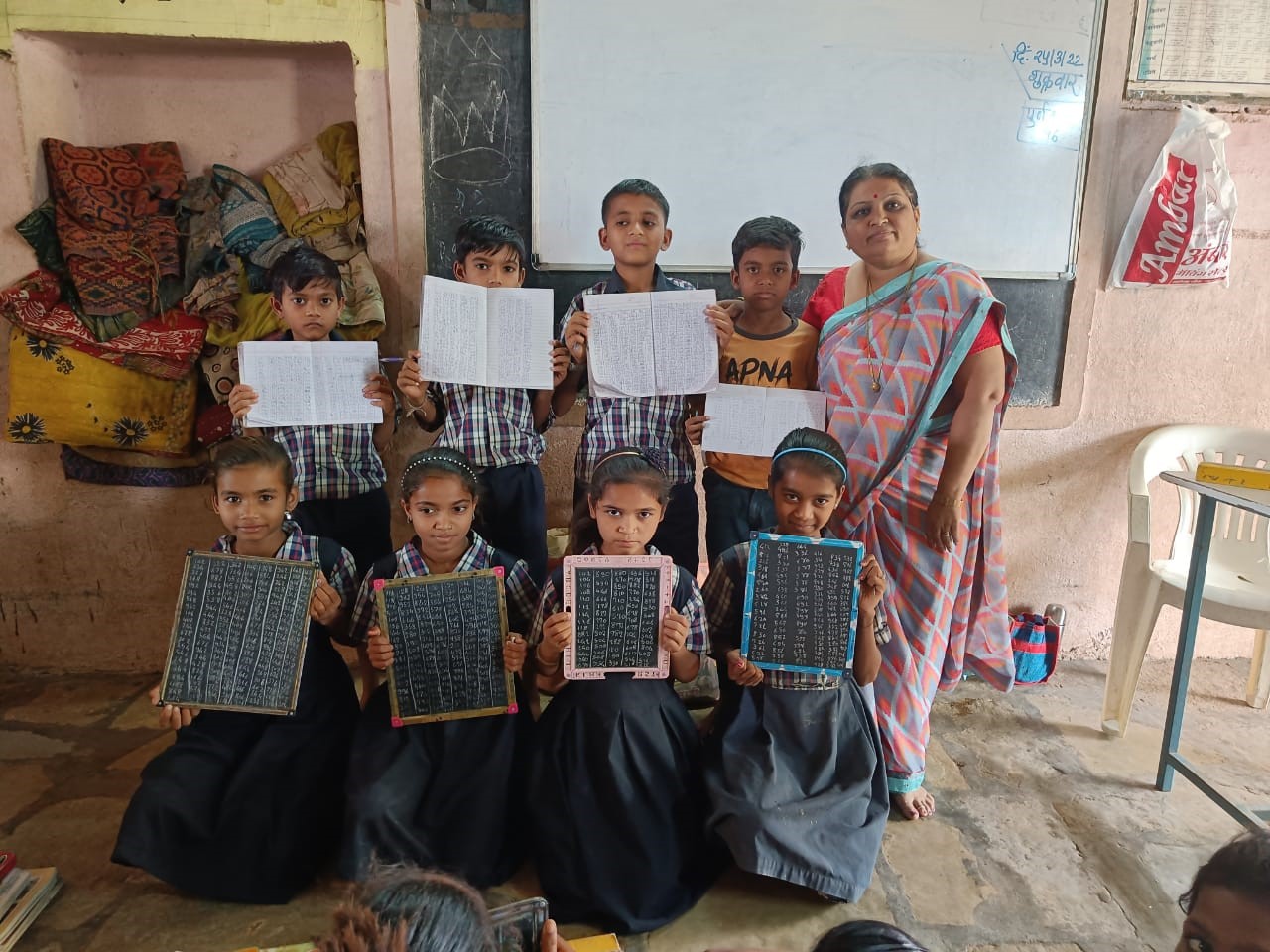 Can people envision a world where learning is self-determined and learners are interdependent? A world where learners can manage their own learning and identify the potential in novel experiences? Heutagogy is one such learner-oriented strategy that places emphasis on autonomy in the learning experience.

Heutagogy isn’t just a theoretical proposition- its’ manifestations can be noticed in schools across India. A narration of experiences in Nandurbar will reveal how heutagogy was prevalent amongst students in schools.

We made two important observations regarding education in Nandurbar based on field visits. First, random visits revealed poor foundational literacy amongst students in the age group of ten to sixteen. Second, investments in education like teacher training and technological upgrades were undertaken in a continuum on the field. Based on these primary observations, there was a need to systematize foundational learning and ensure that learning gaps were bridged before students progressed to higher grades. A baseline assessment conducted with the help of Pratham revealed the learning levels of 2500 students. Learning loss due to the pandemic and general laxity in foundational learning had contributed to poor FLN amongst students.

What began as a pilot in the tribal schools, became one of the most interesting discoveries during the implementation. It was the science of heutagogy, where we saw that a child will learn on his own if we give them the right kind of challenge and the right kind of peer and group learning techniques. The pilot put pedagogy on the back burner and chose to focus on student-centric learning techniques. ‘The child can learn by himself’, became our motto. Empowering peer learning amongst students through curated challenges can actually bolster the experience!

Teaching the Teachers the Art of Heutagogy

The pilot in Nandurbar began with a training program for the teachers with a three-fold focus.  We first made the teachers realize that most of the ‘teaching/learning’ issues can be resolved at their own level. This was done through an activity where every teacher was asked to make an aeroplane, and write a problem they are facing in school education on one wing. Next, they were asked to throw it around. Whichever teacher got a random aeroplane, was supposed to write the solution on the other wing. Through this activity, they realized that most of the solutions in education lie at the first level, i.e., their level.

Second, teachers were taught the science of avahan, or challenge, that could be given to a peer or a group. For example, the task of circling the letter ‘p’ in a textbook page in two minutes created a time-bound challenge amongst children and created a motivating drive.

Coordinating such changes through a WhatsApp group became the centre point of the project. We introduced a hashtag called #SelfieWithSuccess, where many teachers came forward and shared their selfies with children on the group after successfully completing a challenge.

Another goal of the pilot was to strengthen the involvement of the Education Extension Officer. Each EEO was assigned between ten to twelve teachers, and they tracked and reported school initiatives. We put the cluster heads in charge and they began taking Tittha Sabhas of every cluster in a month. Tittha means a meeting point of three ways, and the goal was to meet with teachers at venues convenient to them. And as heutagogy goes amongst teachers too, we didn’t issue any formal guidelines for these sabhas. Teachers were supposed to meet and share their success stories and other teachers learnt from these experiences. For example, one teacher created subject expert desks in classes that related to division, multiplication, and so on. Any child who didn’t know these concepts could approach the respective desk that dealt with the topic they were unsure of.

In this entire discussion on learning, we are not reducing the role or the work of a teacher in any way. Heutagogy believes that the child can learn himself, but the teacher is still needed in a handholding, planning, and observatory capacity.

The goal is to create a peer and then handhold them towards actualization. Peer challenges involve students interacting with others as part of the learning process. A teacher called Gadpayle, for example, created peer challenges for his class where if one child knew a skill, multiplication, for example, the student was given the challenge to teach another child who was struggling with the same skill. Another teacher set up a peer challenge where one student created the maximum number of questions from a chapter and the other had to write answers to it. This feeling of competition amongst the students to rise to the challenges made them very active.

What we saw as the results in just a period of fifty-five days was mind-boggling! The final assessment was done by local Zilla Parishad teachers, to maintain neutrality in the project. No Teaching Learning Material (TLM) was given to the teachers and no new smart classes were created. In fact, many teachers created small TLM out of sand, pebbles, and electrical wires. What we gave them was only a framework to apply to their classrooms.

Is Heutagogy the Future For Foundational Learning?

The project was not without any hitches. There was an initial hesitancy from teachers to take part in the pilot as it was perceived to be an additional burden. Further, even after teachers agreed to be a part of the project, baseline and midline data entry proved to be a struggle. Some teachers entered values in alternative languages, and there was also some data missing.

Creating a broad framework instead of dictating techniques to teachers also sometimes led to too much ambiguity where teachers did not know how to actualise peers. Further, some subjects like mathematics were easier for teachers to apply the frameworks to, as opposed to subjects like English.

Regardless of the challenges, the pilot is now being scaled up because of the lessons it taught. It taught us about the essence of decentralized decision-making when it comes to education. Every geographical area, and for that matter every school is different in its needs and way of functioning. It also taught us that mainstream pedagogical techniques shouldn’t be promoted as the be-all and end-all in the educational sector. A lot can happen if people place trust in the teachers and students. Lastly, teachers need autonomy in their classrooms- that autonomy can do wonders, as it did in Nandurbar!

Featured image of a teacher with her students, courtesy of Minal Karanwal.