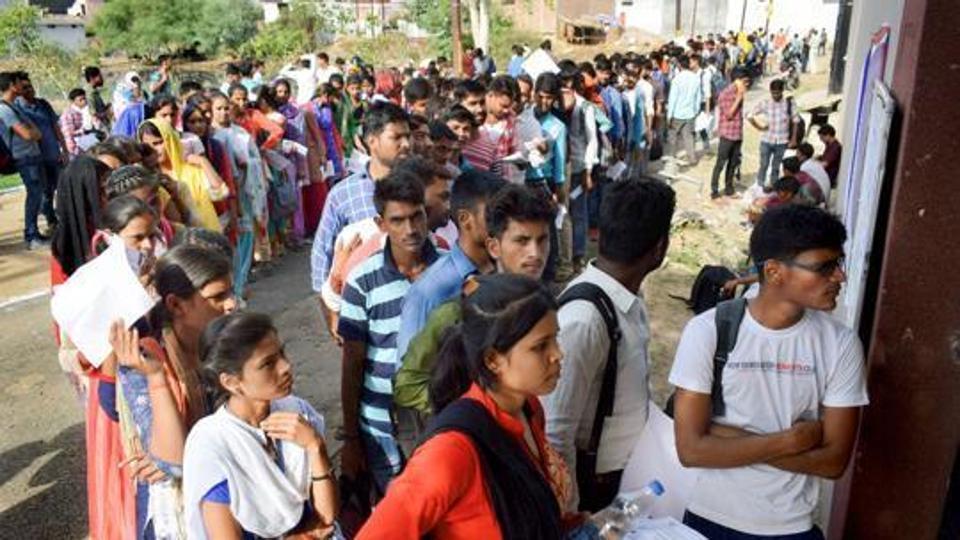 In 2001, economist Lant Pritchett, in his famous article, ‘Where has all the education gone ?’, brought attention to the association between the increasing educational attainment and the rate of growth of output per worker in production. Pritchett’s article shows how increasing educational attainment has fallen short of the expectations of production and is actually attributable to a significant loss of education. 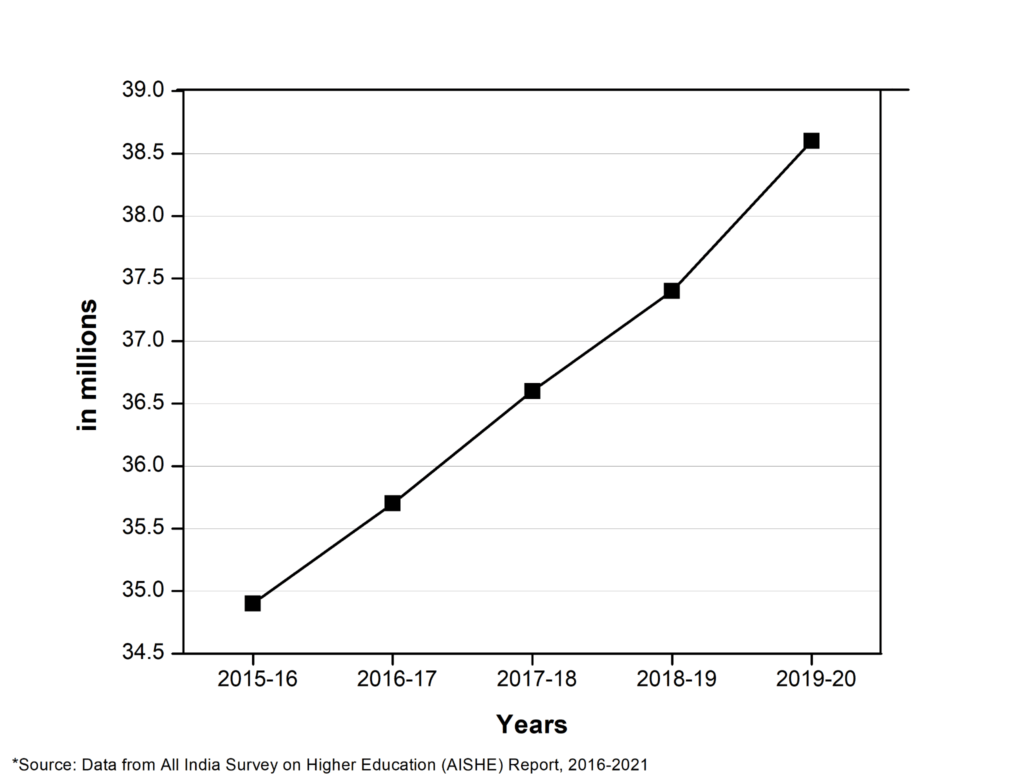 However, against this backdrop, the India Skills Report (2021) suggests that although the enrolment in higher education is increasing, the number of skilful graduates in India is rather decreasing annually. In 2022, they reported that only 46.2 per cent of India’s graduates were employable compared to 45.9 per cent in 2021, 46.21 per cent in 2020 and 47.38 per cent in 2019. 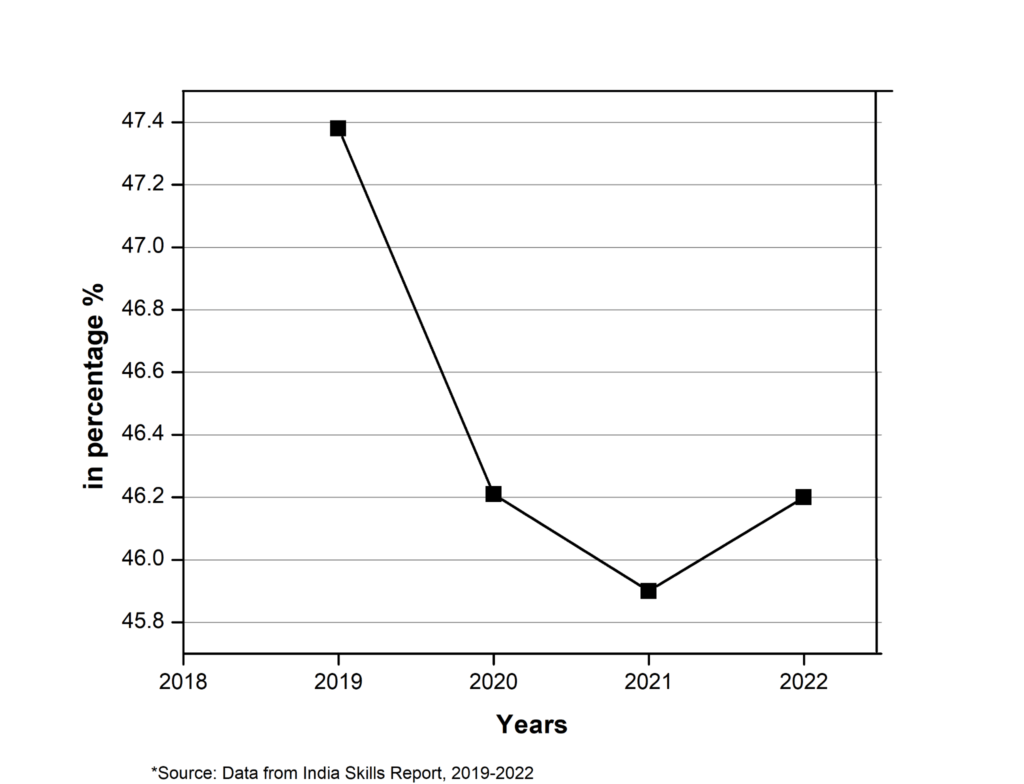 Considering the present situation of increasing enrolment and the decreasing trend of producing skilful graduates, Pritchett‘s question on where all the education has gone has become very pertinent for the Indian education system.

What’s the Relationship Between Skills and Government Jobs?

One domain in which this lacuna is particularly evident is the large volumes of skilled graduates applying for scarcely available government positions. Reports suggest that nearly fifteen million candidates (including postgraduates and PhD scholars) applied for entry-level jobs in the Railways. Another report suggests that students from premier institutes in India like the IITs are now applying for similar entry-level government services. The craze for government jobs in India is often driven by several factors and myths related to job security, deskilled work, and a relaxed work environment among others. This raises the question- can this disproportionate demand for government jobs be one of the potential reasons for the loss of quality in the Indian education system?

One of the common myths associated with the craze for government jobs is that government jobs are permanent and even poor performance cannot lead to your termination. While one can not exclude other factors like low salaries, and lack of infrastructure and training for the poor quality of education in India, missing out on the repercussions of the government job craze will provide an incomplete picture of the existing educational scenario in India. Since there is no skills review mechanism in government jobs, the assumption of survival without continuous skill appraisal often impacts the attitudes of students and teachers in the Indian public education system.

The Motivation and Pedagogy Question

A recent international survey that collected over 4,000 responses from undergraduate students from all over the world, reported that Indian students are most likely to ‘bunk’ classes compared to their western counterparts. Bunking classes refers to not attending classes or leaving early from educational institutions when one would generally be required to be present.

In this regard, Shaheen Mistri, the founder of Teach for India, compared her college experiences at Manchester University and shared that when she came back to India she was shocked to see that Indian students don’t go to classes.  While a lot has been said about the root cause of bunking like uninteresting classes and online learning mechanisms, little is understood about its potential association with India’s hunger for government jobs.

Evidence suggests that even among top-notch examinations like the Civil Services Examination, the majority of students are simple graduates rather than domain experts. Consequently, there is often no association between what one studies throughout college and what services one pursues in government jobs.

As a result, active or regular participation in academic work in schools is rendered meaningless due to aspirations and the high demand for government jobs. However, in order to be eligible for government jobs, individuals need to have some minimum qualifications, which results in higher enrolment but not necessarily more education. Many people may enrol in universities just to fulfil the eligibility criterion for government jobs, while others prefer instead to join coaching centres instead of attending classes. Hence, enrolments don’t really tell us the complete story about gaps in our education system.

When the content taught in classes seems to be useless for one’s end goal to attain a government job, the teaching-learning practices are also severely hampered. With regard to the quality of education, it is necessary to point out here that most often, teachers in government institutions are themselves a product of the government job culture in India. For example, one would be surprised to see that the selection procedure of the Delhi government teaching examinations is generally conducted by Delhi Subordinate Services Selection Board. The primary teacher (PRT) examination conducted by the board typically tests the memory of test-takers, even asking which page number one could find the role of teachers in the National Curriculum Framework Document. Furthermore, although strategies and planning for active teaching are crucial aspects of the teaching process, there is no skilling examination for the PRT post. The result of such selection procedures is the poor result of crammed theories and non-active teaching-learning practices in classrooms.

Breaking the Cycle of Marginal Returns

The success rate and the time invested in the preparation of government jobs in India is also one of the critical reasons for education loss and the decreasing quality of the Indian education system. In some exams, like the Civil Services, the success rate is often less than one per cent. Furthermore, students typically spend five years or more preparing for such exams and due to low success rates, these years are often unproductive. While preparing for such exams, students often remain detached from regular employment and skill training, leaving their resumes blank and making their re-entry to their professional journey even harder. Furthermore, preparing for these exams coincide with the most productive ages of students’ lives, often diverting valuable human capital from mainstream quality education.