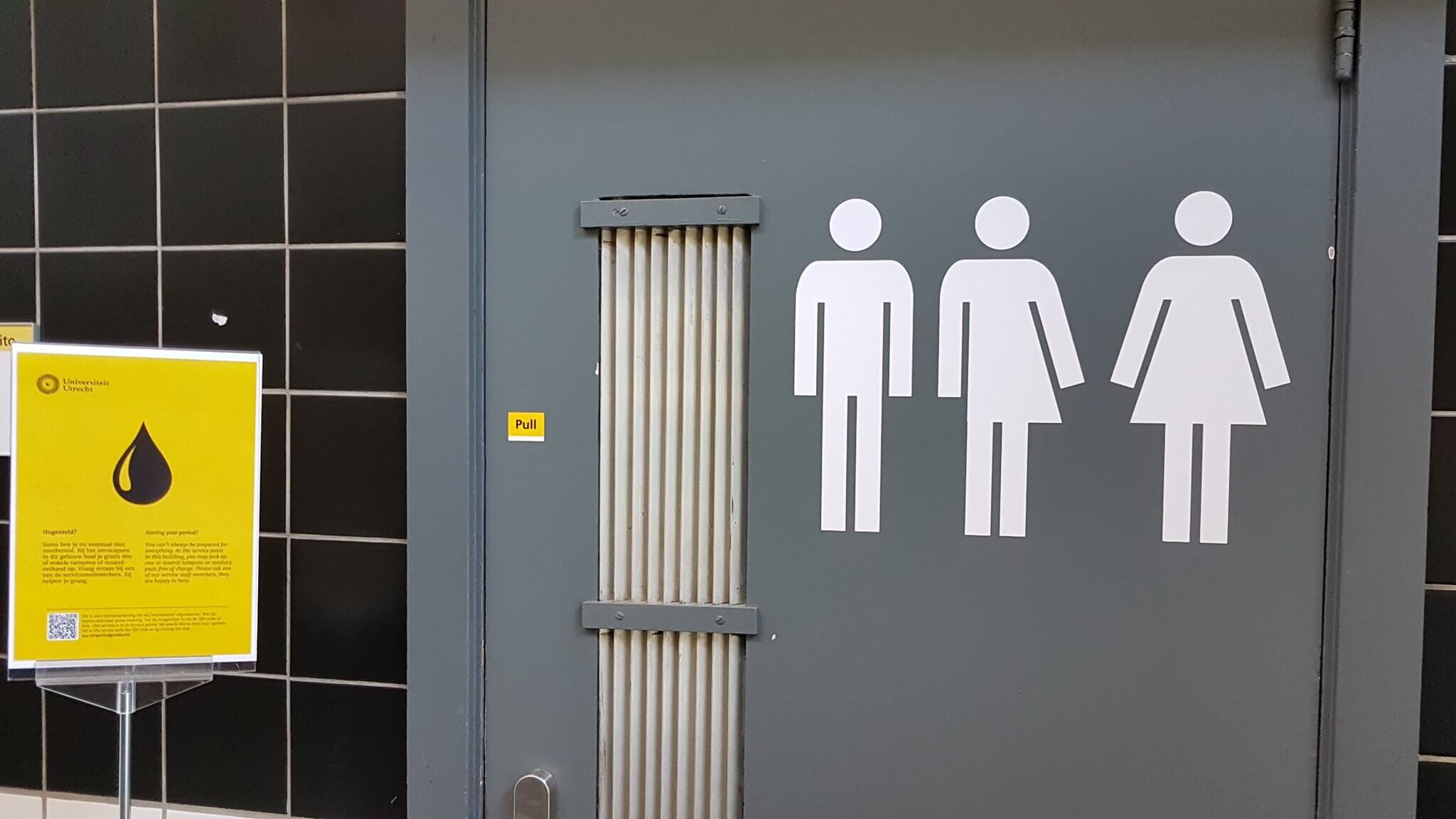 On the 6th of September 2018, the Supreme Court of India read down Section 377 of the Indian Penal Code, thereby decriminalising homosexuality. On the 5th of December 2019, the Transgender Persons (Protection of Rights) Act (“Trans Act”) was given assent by President Ram Nath Kovind and it came into effect on the 10th of January 2020. The ‘protection’ of transgender individuals thus became enshrined in the law.

And yet, each of them, the Trans Act, in particular, are marked by a plethora of inadequacies that have ignited opposition from activists. Indeed, the Trans Act, since its conception in 2016, has been critiqued widely for not aligning with the judgement passed in NALSA vs Union of India in 2014. The judgement recognized the right of trans individuals to declare their self-identified gender without having to undergo sex reassignment surgery. The aforementioned Act, on the other hand, requires medical proof of sex change for trans individuals to be legally recognized as the gender that they identify with.

Gender inclusivity, albeit in an incredibly nascent form, has nonetheless been gaining some traction in legislation. And yet, the physical spaces in front of us are a far cry away from being gender-inclusive and just. The two bathroom doors seen in public spaces, one bearing a figure with a skirt and one bearing a figure with pants, are in no way representative of the entire human population.

Gaw., a graduate of Azim Premji University, spoke with The Bastion about the gender binary which almost ubiquitously governs how washrooms are built and perceived – “The way they are constructed, these spaces are not safe for trans people or queer people in general. No queer person ever fully feels safe in a public washroom unless there are more queer folx around them, because what you’re doing is walking into a space that may or may not be structured in a heteronormative fashion and is occupied by cis-hetero people”.

She further questions, “Why do we impose a binary in public spaces when it comes to accessing washrooms when there is no binary usually in our personal spaces? In our place, it’s usually a singular washroom that can be accessed by any person. Of course, the question of caste is different. This is strictly limited to gender. Why does this not translate?”.

Trans individuals who may not have undergone sex-reassignment operations find themselves forced into washrooms that they simply do not see as their own. On the other hand, those who have undergone physical modifications in order to feel more themselves are the subject of ridicule and both verbal and physical abuse when they attempt to use the washroom of their choice. Gender non-conforming or non-binary individuals are often just not comfortable picking one washroom over the other. “I question how I present myself because I’m like ‘do I present femme enough to use the women’s washroom today, or do I have to use the men’s washroom today?’”, says Gaw.

The arguments to be made for gender justice are clearly aplenty. What really remains to be seen is how institutions and public spaces can go about it. How can gender inclusivity be eased into the Indian mainstream? What, in fact, do gender neutrality and inclusivity entail? In essence, a gender-neutral space is one which transcends the binary, transcends “crude segregation on the basis of gender”, and is accepting of all who might not feel welcome in spaces earmarked specifically for cis men and women.

In the realm of easing gender inclusivity into the mainstream, it appears that a select few university campuses, which can be situated as the epicentre for change vis-a-vis gender inclusion and sensitization, have set some sort of precedent to go by.

How Can Infrastructure Impact Gender Inclusivity?

In 2015, in light of the NALSA vs Union of India judgement, the University Grants Commission (UGC) directed college campuses in India to introduce gender-neutral infrastructure, namely washrooms. No mention of gender-neutral accommodation was made by the statutory body, but it is largely viewed as just as important by activists and students. Dr Trinetra Gummaraj, who has been at the forefront of trans activism in the country, has even filed a public interest litigation at the Karnataka High Court which underscores the lack of safe and inclusive spaces for trans students in higher educational institutions.

Now certainly, as one might imagine, it is only a mere handful of universities that have taken heed to this mandate and have inculcated gender-neutral bathrooms and/or residences on their campuses. There are others still that are pushing for such a shift. For the most part, universities in India do not seem to be veering in that direction at all, usually citing a lack of ‘demand’ from students. Indian universities, therefore, find themselves at different points on the gender-just spectrum.

In April 2018, after a prolonged period of campaigning by a student-led body known as the Queer Collective, the Tata Institute of Social Sciences (Mumbai) allocated the ground floor of an existing girls’ hostel for non-binary and trans students. Soon, gender-neutral bathrooms outside the hostel and in the campus space were introduced to gauge the extent of demand for the same.

The gaping hole that exists on the gender-inclusivity front has, however, only begun to be closed. A ‘safe space’ can only go so far in ensuring gender justice if the “tenaciously surviving gender stereotypes and gender-based violence in hostel spaces” go unaddressed, said Satya Rai Nagpaul, founder of Sampoorna, a network for trans and intersex Indians.

The National Academy of Legal Studies and Research (or NALSAR) in Hyderabad has made some progress in this domain as well. In March 2022, the NALSAR campus opened the doors to a gender-neutral floor in one of its hostels. NALSAR is also credited with going one step further as it plans on introducing a gender-neutral residential block in the near future. The university has additionally stressed the need to sensitize students and staff, and necessary changes are supposedly forthcoming in their curriculum and reading material as well.

At NALSAR, dialogue and conversation were imperative in creating the push for this much-needed change, rather than the top-down, bureaucratic rigmarole. The administration had to pay heed to the growing rumble among students for the Policy on Inclusive Education for Gender and Sexual Minorities to take shape. It also departs from the greatly criticized Trans Act in that the administration requires only a self-attested declaration from students with regard to the name and pronoun by which they wish to be referred.

And yet, this is not to say that the reception to NALSAR’s mission to become gender-inclusive was entirely positive, as evidenced by the responses to the university’s tweet regarding gender-neutral spaces.

While some responses are certainly appreciative of the move, others ridicule the ‘wokeness’ that they believe led to these changes. Another set of tweets is blatantly critical and says that women will face harassment in gender-neutral spaces.

The mammoth question that needs to be addressed – “how can university campuses be made more gender-inclusive?” – can nevertheless at least partially be answered by tracing the route taken by NALSAR. Gender sensitization, actively listening to student concerns and voices, not dusting off linens after implementing just one set of changes and looking towards what more can be done – all of these are integral for any space to take the gender-just form that it ought to. It is also essential for universities to make the existence of redressal mechanisms known, as well as have all the right representation in said processes so that concerns can be addressed.

Moreover, existing male and female washrooms ought to be available for use by trans individuals. “I don’t know how I fully feel about gender-neutral bathrooms. I do want it to exist, for sure, but as someone who identifies as trans femme, I would rather access a washroom that is open for people who identify as women and trans femme because I would personally feel safer and more comfortable and less dysphoric in that space”, says Gaw.

Azim Premji is another university in Bengaluru that acknowledges the need for gender-just spaces. The Gender Discussion Forum hosts frequent panel discussions, talks and film screenings on various gender-related themes and issues, and Queer Space is a supportive community for queer and questioning students.

How Can More Universities Be More Gender-Inclusive?

Kade Finoff, who is a faculty member working closely with the administration, says, “Now that we own our own infrastructure, we can move towards trying to create inclusive spaces, and bathrooms were first on the agenda because they are easy to introduce if we are converting existing bathrooms. Ideally, we should have had gender-neutral bathrooms from the planning stage”.

Driving home the point that working alongside and listening to students and other stakeholders is vital, she says, “It shouldn’t be one person’s agenda, it is about creating a process – have students, faculty staff, administration all working together. Nobody should be driving an agenda”. This approach is also reflected in the fact that the university’s original proposal, to convert the second-floor men’s bathrooms into gender-neutral bathrooms, was scrapped in response to student feedback. The first-floor men’s washrooms – larger and more accessible – were converted instead. The university is now working towards having a gender-neutral floor in its hostels.

Yes, these universities aren’t alone in recognizing the need for gender-neutral spaces. But it is a select few academic institutions that have been taking similar routes in India. Perhaps this stems from administrations simply not acknowledging the need that exists for gender-just infrastructure, or perhaps it is because they are unsure about implementation.

A precise “how to” on gender justice and inclusivity is better reserved for a larger study. However, there is certainly much to be learnt from universities that are marching with pride on the more humane path, the path that leads to a space that is accepting of all.

Featured image of a sign for an all-gender bathroom at Utrecht University, courtesy Marit Kragt.