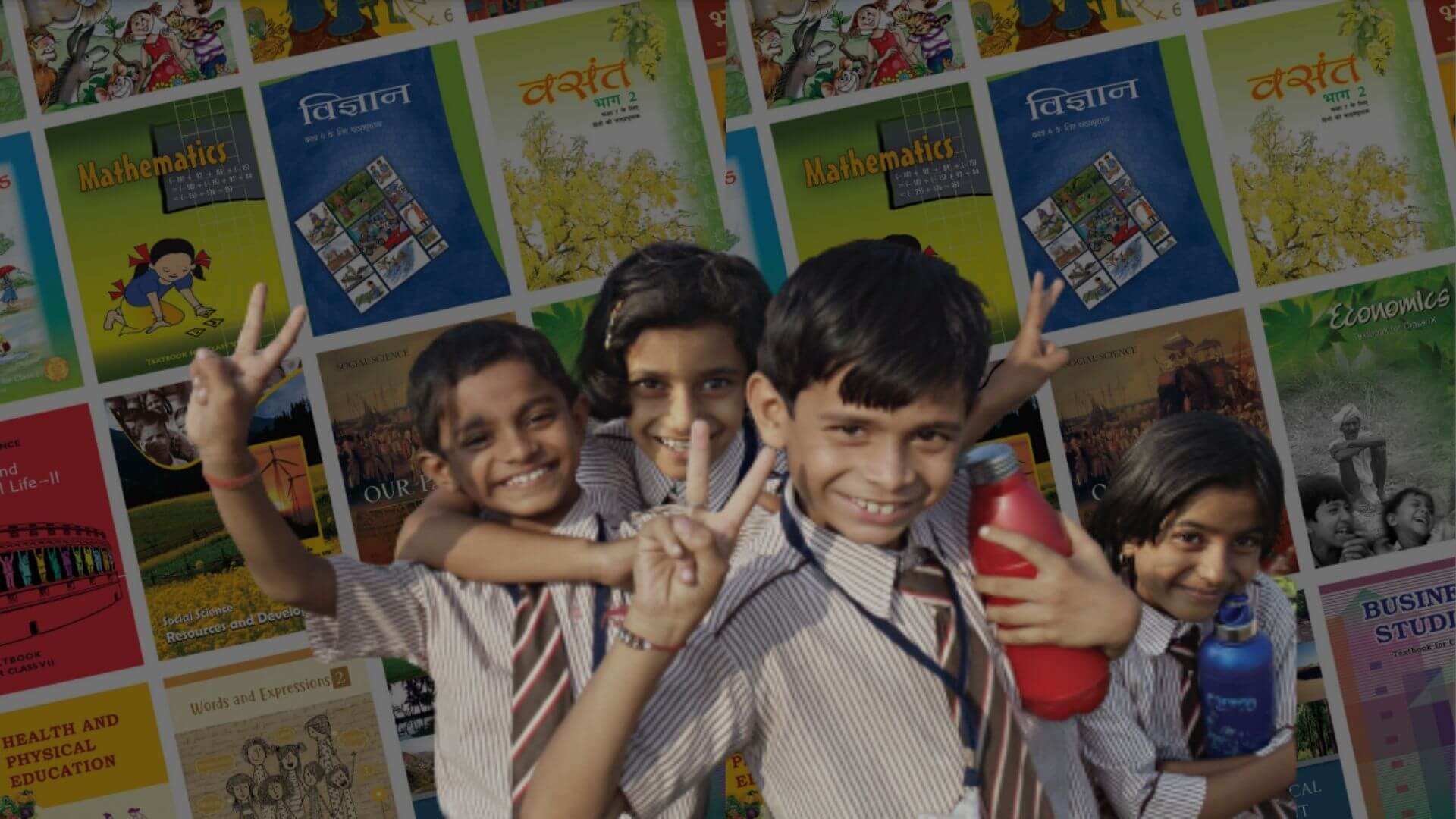 Education is neither a privilege nor a favour, but a basic human right to which all girls and women are entitled.

That is what one of the beginning pages of NCERT’s Learning Outcomes for Elementary Students states. As the statement suggests, one of the fundamental visions for Indian education is to provide quality education for all students. The translation of this thought into increasing the enrolment of students, especially girl children, is evident in the multiple policies and visions of the central government. The Beti Bachao, Beti Padhao is one such campaign that all of us have come across, at least once. However, there is a need to pause and look into whether the gender inclusivity conversation is limited to affirmative actions—such as scholarships, reservations and enrolments—or does it go beyond these?

Gender inclusivity is a call to be intentional and intersectional about how we portray and talk about individuals and populations in our research. It calls us to examine how individuals experience and represent gender, explore the gendered constraints and realities in their culture and personal lives, and to exercise caution in making assumptions about gender roles, expectations, and norms across cultures.

So, what does gender inclusivity and sensitivity in school textbooks mean in the Indian context? Through conversations with two key stakeholders, teachers and administrators, we explore where India stands when it comes to gender and education.

What the Education Policies Say

Education of girl children and women has been a topic of discussion for years. From affirmative action to incentives, policy documents and government schemes have tried to address it in many ways, majorly focusing on enrolment and retention. While enrolment and retention of girl students are important, there is also a need for information that is shared with the larger schooling community through textbooks, which are gender sensitive and keep up with the demands and expectations of the larger society.

Gender equality means more than access to education. It also involves an eradication of the students’ and teachers’ gender stereotypes.

—A Gender Sensitivity Manual,
National Commission for the Promotion of Equality Malta

Before exploring the current realities about gender inclusion and sensitivity, here is an exploration of what the existing government documents convey. Across documents such as NCF-2005, RTE-2009, NCFTE-2009, NEP-2020 and similar other documents, there is mention of women empowerment and supporting education of girl children. Schemes such as Beti Bachao-Beti Padhao, Bicycle Scheme, and Sukanya Samridhi Yojana are some of the schemes that came as a by-product of different policies.

While all these schemes and policies address the overlying issues, they tend to do so at a superficial level. It is put across by addressing the need to provide women and girl children with education, and how education is a powerful tool in transforming one’s life. However, certain problematic issues also arise here. While the enrolment of girls in schools has increased, the content taught, both formal and informal pedagogy and curriculum, still remains traditional, where gender roles are reiterated through different forms. A teacher in Maharashtra says, “Gender inclusivity was not something the teachers were aware of. They assumed this to be synonymous with women empowerment and gender awareness programs.”

Another worrying aspect is the lack of dedicated attention to these issues and effort to recognise this as a major hurdle in a child’s holistic learning experience. Even though there exists a position paper by NCERT on ‘Gender Issues in Education, 2006’, where different aspects of education with respect to women are addressed, the content in textbooks gets very little attention. This document, written in 2006, could prove to be an excellent starting point when discussing gender in education in India.

In a system, which has not addressed gender inclusion and sensitivity at a policy level, what is the current understanding of these concepts among teachers, administrators, and other members of the education community?

There is no space to explore—gender roles and stereotypes still exist. There is a need for including skills such as cooking, cleaning, maintaining hygiene, and more, that will be a part of classroom culture and practise.

With hardly any official documents putting down the guidelines, the government officials, even if they want to make changes in the system, are left without guidance. In May 2022, Pune-based Leadership for Equity (LFE) interviewed teachers and stakeholders such as the teachers and State Council of Educational Research and Training (SCERT) faculty to understand why this vacuum exists. This helped in gauging the stakeholders’ understanding of gender inclusivity and how they are striving to practise it. The SCERT faculty is also involved in textbook content creation and are aware of the definition of gender inclusivity and sensitivity with examples of how it is depicted in the textbook.

During the interviews with teachers, the key interpreters of the textbooks, it was observed that they were clear with the definition, but were also confused. The broader knowledge of gender inclusivity could be understood when they mentioned the need for representation of gender beyond the binaries—a valid point for sure. The teachers also shared that the conversations on the topic of sexuality are increasingly important and relevant now. More gender representation across the spectrum is also important to bring about such transformation. Below is the understanding of gender inclusivity according to an SCERT faculty.

There should be equal opportunity for all irrespective of sexual orientation. Gender inclusivity also means understanding different sexual orientations, which is the different genders as defined so far by the society and what the next step entail to ensure inclusion without judgement.

The key point that emerges from the interview is the lack of government initiatives to address these issues. As mentioned earlier, due to the lack of guidance and existing documents giving information on the understanding of gender, how can it be translated to children, where there has been a problematic picture drawn that is not even identifiable to the teachers.

Teachers and faculty have unanimously agreed and stated the weight of representation and what it conveys to the children and agree on the magnanimous scope of textbooks to change and evolve. The textbooks over the years have gone through changes, with respect to gender inclusion, however it still has a long way to go.

In my 30 years of experience, I have seen the textbooks go through a lot of change. There is the inclusion of types of families but still is missing is the representation and inclusion of the transgender community and the need for life skills to be taught to all. However, even the change is extremely slow and it is not keeping up with the fast pacing society and its thoughts.

In the current school education system, textbooks serve as the primary resource for learning. Textbooks provide visual information in the form of pictures, representation and content. Therefore, it is extremely important to ensure that the content carried to the students via textbooks are not only non-problematic, but also inclusive and questioning the existing structures. To observe and analyse these, textbooks from different states such as Maharashtra, Haryana, Andhra Pradesh and Tripura have been looked into.

One thing that was common across all states and both divisions was the lack of non-male authors in the novels, poems, prose or any content. The lack of female presence in any manner of form can be seen across the textbooks. Female presence therefore lacks front eh authors to the contents they produce.

All the four components mentioned here—language, content, addressing stereotypes and gender roles, the pictorial representations in textbooks—together contribute to how gender is dealt with in textbooks. When exploring what kind of content is present in the books across 3rd and 7th standard, the lack of female presence in the textbooks is evident. This is identified by looking at the number of  female or any other gender characters as protagonists or supporting roles. Even in stories or fables like the Panchatantra, pronouns used are predominantly male ones. This not only creates a discord with students in terms of relatability with the characters, but also creates in the mind of children, whose stories are required to be told or are worth being told. A deep dive into the textbooks’ content helps in gaining better understanding of the various gender roles portrayed. The gender roles broadly lean to the traditional ones, and even in instances when there is a deviation from this, it is statistically rare.

Representation is another integral part of communication in textbooks, and it leaves a longer impression in the minds of children. While conversations portraying gender non-confirming or stereotypical roles have been increasing, this is hardly reflected in the textbooks. Textbooks, in several places, show men wielding more power or playing ‘masculine’ sports, which confirms such gender stereotypes, not only through the visual mediums but also through language used to describe them. The adjectives stick to existing understandings of masculinity and femininity. These not only question them, but further confirms them at multiple occasions.

It was, however, refreshing and promising to see the Maharashtra state textbooks, having an equal number of female representation, while questioning it too. Boys are shown taking care of a wounded pigeon, which questions ‘masculinity’, and women occupying high positions such as a school principal. There are multiple stories where women are the protagonists. These women have their own agency and are not the side character to male protagonists.

It is evident from the analysis of these textbooks that there exists a huge gap across our education system while incorporating gender inclusive measures in textbooks and classrooms. For an education system, which still views textbooks as a teaching and learning tool, it becomes important to make progress in the sphere of gender inclusivity. The government too needs to go beyond scholarships and subsidised education, without reducing or overseeing the importance of these measures. These changes in how our children, teachers, and the education system view gender are necessary to strengthen the foundation on which equitable societies are built.

Featured image is of NCERT textbooks and school children, as featured in the NCERT List of Publications.