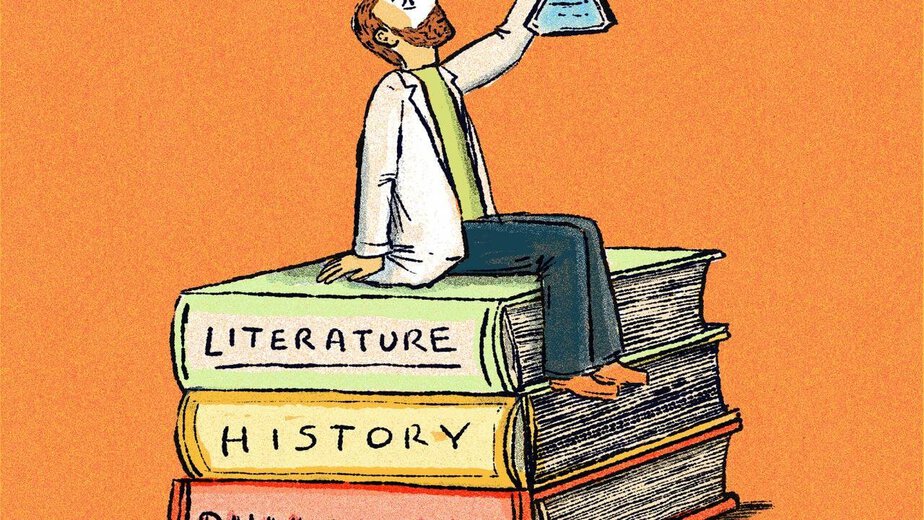 The study of the humanities and social sciences is being threatened by a lack of funds for facilitating research. The root cause for this is the heightened focus on STEM (Science, Technology, Engineering and Math) subjects at the cost of the arts, social sciences and the humanities. The Government of India oversees research across these disciplines through regulatory bodies like the University Grants Commission (UGC) and special councils for specific disciplinary domains (e.g.The Indian Council of Social Science Research (ICSSR)).

Since the UGC is a government-run institution, its policies and guidelines make up an important aspect of the threat of humanities being neglected. But first, it is necessary to come to a consensus on tackling humanities’ definition as an academic discipline and what it entails in India.

Ambiguity of the ‘Arts’

Although the humanities have always been characterised as fluid and abstract it can be generally defined as the study of human society and culture, encompassing subjects like history, political science, language, philosophy, economics, geography, sociology, and the like.

Definitions are important for the sake of acquiring funding; yet, the categorisation of subjects as either one of humanities or sciences is causing issues. Humanities, social sciences and languages are under one category as per the UGC. At the same time, architecture, archaeology, geography and economics are viewed as part of sciences or engineering; meaning, they award a Master of Science (MSc. ) degree for the postgraduate.

Even within these categories, irregularities commonly cause confusion. For example, North-Eastern Hill University, Shillong awards an MSc. for geography while the Department of Geography, University of Delhi awards a Master of Arts (MA) for the same. Instead of following succinct definitions (as in the U.K), the Indian system for research funding is convoluted because of definitions that overlap one another.

The All India Survey on Higher Education (AISHE) Annual Report 2016-17 has found that less than 0.4% of the total students enrolled in undergraduate studies pursue a PhD, highlighting the fraction of students who are pursuing in-depth research. Further, the majority of students who pursue this, are students of the sciences. It has been found that the high-quality centres for research in arts, humanities and social sciences in India are mostly autonomous institutions and rarely universities.

Within the humanities, economics has been the most researched discipline since 1960, due to the impetus of a growing economy and the industrial organization necessary to thrive in a capitalist world as a fresh-faced nation. In this same phase, more jobs in the field of economics and the sciences were made available; the preferential government support since has prolonged the humanities’ disability. A survey of the special articles (published between 1998 and 2000) in the EPW shows the domination of economics as a discipline vis-a-vis other subjects. It goes to show that the Indian education system has repeatedly promoted lucrative subjects under an unclear categorisation of the humanities.

UGC guidelines add to the discrepancies. Instead of aiding institutions to develop research in the humanities, the UGC has formulated regulations that inhibit their growth. In 2014, Ashoka University in Sonipat was made to shorten its four-year liberal arts programme to three years as to comply with UGC regulations. Symbiosis Law School Pune, Shiv Nadar University, Indian Institute of Science Bangalore and the University of Delhi were forced to do the same, thereby cutting short the scope for humanities research by an entire year! The UGC’s decision led to several protests by students and teachers in Delhi University against an encroachment on their autonomy to design the curriculum.

This focus on science and technology by the government coupled with a severe funding shortage has caused the decline of research in the humanities. From 2006 to 2010, the total grant to ICSSR was only 2.3% of the amount provided to the Council of Scientific and Industrial Research (CSIR) and approximately 11% of the total grant to the Indian Council of Medical Research (ICMR). Of the funds given to ICSSR, only 20% could be used for research purposes, while the rest of the amount was utilised for meeting administrative costs, highlighting the lack of seriousness given to these subjects.

Fortunately, the number of non-state funders have increased since the mid-1990’s. NGO’s, private trusts and foreign bodies have become active, and greater collaborative initiatives with European nations have come up. In January of 2011, the ICSSR collaborated with four European funding agencies from Germany, the U.K., France and the Netherlands. This move resulted in a Memorandum of understanding, which involved an agreement to create new funding schemes for the humanities within India. Such efforts have raised the standard of work produced and provided some hope to those keen on pursuing humanities-based research.

In an attempt to find solutions, ‘digital humanities’ is an interesting new discipline which has been given fresh impetus to grow in India with a new-age digital evolution in humanities research, pedagogy and scholarships. Digital humanities add digital knowledge to that of the humanities.  The hindrances to the humanities are not unique to India’s situation. To evade some of these, global digital humanities programs have brought together two very different fields – the technological and the academic.

At its core, it tries to answer how digitisation is going to mould the future of humanities. Despite being a relevant solution in today’s context, the discipline has evoked contrasting reactions. Critics feel it threatens the notions of the traditional humanists. For starters, there exists some ambiguity around the term “digital humanist” which creates misinterpretations. Who should be called a digital humanist, and what kind of qualifications will they be required to have?

Critics believe that the technological orientation will reduce the intrinsic ‘critical thinking’ of humanities research and substitute it with a system of set analogies, taking away from its foundation. Lastly, archiving information in ‘safe storages’ might become compromised because storing it digitally will inevitably result in alterations to the original physical artefact and research archives as we have come to know them.

Thus, for the digital humanities to present itself as a realistic option, across all disciplines, a balance must be found between the push for digitization in facilitating humanities-subject research and the inertial apprehension for discarding traditional practices of the subjects.

Where do the non-sciences go from here?

As a nation that saw the rise of the Bengal Renaissance with its flourishing art and ideas of liberty, gaining independence from an era of colonial domination to enter the free world with a constitution crafted by thinkers who believed in the values of the humanities, India’s history is rooted within the arts. However, this seems long forgotten.

There has been a lull reinstating the importance of humanities in third world developing nations like India. With our complex and colourful cultural existence, humanities and social sciences have a large role to play in the nation’s social growth as well as the development of a holistic identity.

Replete with social, religious and political problems and a seemingly lacking public comprehension of them, India should be more concerned about the piecemeal dying of the humanities and social sciences. Though the humanities date back to the period of the Renaissance and the studia humanitatis, the Indian higher education system no longer feels its relevance in a nation recently obsessed with scientific dominance.