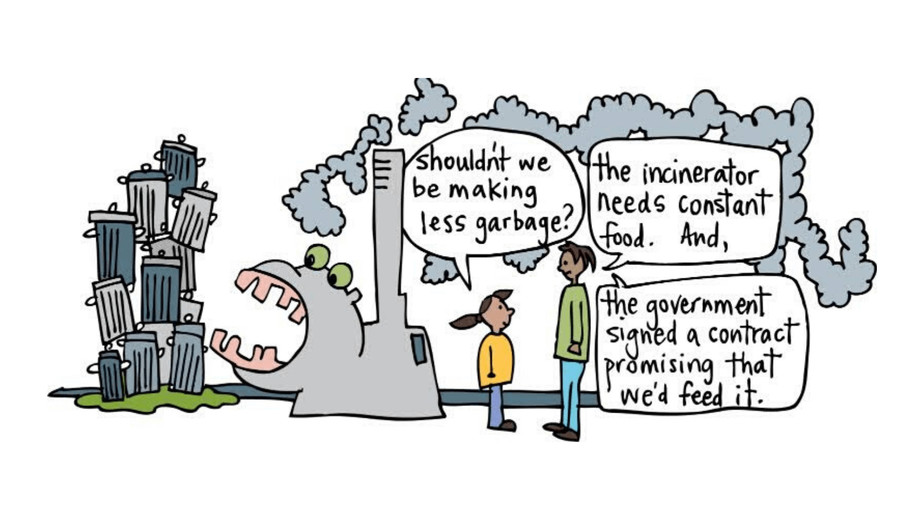 “We have to build an andolan (movement) to induce behavioural change which was at the heart of Mahatma Gandhi’s philosophy”. Even before these words were spoken by Prime Minister Modi on October 2nd 2019 in Sabarmati, his ‘rid India of single-use plastics by 2022’ drive had already won the attention of citizens. Alongside a rise in paper stocks in September 2019, the call for a nation-wide movement brought waste generation and the environmental impact of its management to the forefront of governance issues.

Leading from the front. Hon’ble PM @narendramodi ji #plogging on the beaches of Mahabalipuram to spread the message of #SwachhBharat pic.twitter.com/GqP2u8lpFY

Voters are now asking difficult questions about these landfills. From “not in my backyard” to “where is my waste going?”, we have now made our way up to asking “what happens to my waste?”

To implement the Solid Waste Management Rules of 2016, the Greater Chennai Corporation made a shift in early 2019 to a decentralised system of waste management. This meant setting up Micro Composting Centres (MCCs) for biodegradable waste collection, storage, and processing as well as Material Recovery Facilities (MRFs) for dealing with non-biodegradable waste. These were installed in all the 200 wards to ensure that only recyclables and residuals leave each one of them.

But, there is a risk of using well-intentioned infrastructure erroneously, especially when policy decisions are backed by unreliable data. As a result of limited processing options, the Corporation has resorted to a quick-fix alternative for dealing with waste that is piling up in Material Recovery Facilities: incineration. The city is in the process of setting up three incinerators in Manali, Madhavaram, and Thiruvottiyur. 10-12 more locations have been identified for setting up incinerators according to the Commissioner of Greater Chennai Corporation.

Just when decentralised waste management is actively being implemented and residents have begun complying with the new segregation rules, setting up incineration plants is a strange decision because it disincentivises the segregation of waste. Burning all the mixed waste in these “decentralised Waste to Energy (WtE)” plants would then take the form of a new waste management initiative altogether.

This, mind you, is in a country with seven failed incineration plants and many still facing strong civic protests. It begs us to question the evidence being used for such policy decisions.

The Ills of Incineration

Incineration or Waste to Energy (WtE) is a disposal technology that uses combustion to get rid of wastes. It releases ash and air emissions as by-products, both of which are extremely toxic for the environment and human health. Incineration as a technology has been tried, tested, and found to be impractical in other parts of the country before. One very famous example is the Okhla Waste to Energy (WtE) plant in New Delhi. With residents complaining about the foul smell and fly ash, the plant has been mired in controversy.

Also Read: “We don’t want electricity at the cost of lives”: The Toxic Impact of Okhla’s Waste to Energy Plant

Most of the collected municipal waste is unfit for incineration, due to its composition. The municipal solid waste received in Indian cities is unsegregated and has a high content of inert waste which makes it unsuitable for burning in a WtE plant. Delhi, for example, generates 10,500 tonnes of waste every day; of this, only 1,300 tonnes (12%) is suitable for incineration.

When 20-30% of the incinerated waste comes back out in the form of toxic by-products, there are long term environmental impacts of deploying incineration as a waste management strategy that need to be seriously considered by administrative bodies.

Burning also requires additional fuel inputs, which in turn has huge economic costs. This is one major reason why WtE plants failed in Kanpur, Bengaluru, Hyderabad, Lucknow, Vijayawada and Karimnagar.

Data From Chennai Gives Us a Starting Point

For efficient implementation of Solid Waste Management in a decentralised manner, three key policy decisions need to be made to decide the infrastructure to be set up in each ward: “What?”, “How Much?”  and “Which Type?”

To decide the capacity of infrastructure to be installed in each of the wards, how much waste a ward is generating is important. This is calculated using the per capita waste generation (or, the average waste generated per person). Further, to decide “What” type of infrastructure a ward needs, one also needs to know “How much” of the total waste generated is of “Which type” (such as biodegradable, non-biodegradable, recyclables, inert, domestic hazardous waste, and further types of recyclables).

This is where things get slightly complicated. After waste is segregated into bio and non-bio, all the bio waste gets composted in compost pits or utilised in Bio-CNG or biomethanation plants. However, non-bio waste requires further sorting as it includes different materials such as plastics, paper, metal, rubber, glass, etc. The techniques for recycling/processing each of these materials are different; each type gets separately handled by different groups of people.

In this way, once numbers on “how much” are in place, we need to understand “what” technology needs to be used for “which type” of waste.

Waste characterisation refers to categorising the generated waste into different types, such as biodegradable, non-biodegradable (recyclables and residual), and sanitary, and quantifying it to understand the amount of each of these wastes generated in a city.

Several waste-characterisation studies have taken place in different cities in India to understand the composition of waste and accordingly arrive at decisions about waste processing. One such study was conducted by the Greater Chennai Corporation in the year 2016 at the Kodungaiyur and Perungudi landfill sites.

However, there are several limitations to which are common amongst most studies of this nature:

(i) Conducted in Kodungaiyur and Perungudi, both dump yards have accumulated 12 million cubic metres and 6 million cubic metres of waste respectively over the past 30 years. This means that other than the freshly dumped waste, all biodegradable waste would have decomposed by now, which gives us inaccurate numbers about the waste composition.

(ii) The study or the methodology of the study has not been made accessible to the public. Yet, its results are being used to make policy decisions.

(iii) Stage two of the study, on the“composition of non-biodegradables,” was not conducted.

The first half of this piece discussed the GCC’s 2016 study of landfills which influenced two main policy decisions: the capacity of infrastructure to be installed, and the technology adopted different types of waste.

But, in a smaller waste characterisation study of Ward 173 conducted by Transparent Chennai Network in 2013, 74% of the waste generated was biodegradable, 12% nonbiodegradable (recyclable), 5% nonbiodegradable (residuals), and 9% was sanitary waste. These numbers vary significantly from the numbers quoted by the GCC. This could be because the site of study and methodology used were different.

Public policy has social, economic and environmental implications. For example, if evidence suggests that 50% of all the waste generated in the city is non-biodegradable and around 40% out of that is residual waste (which cannot be reused or recycled), policymakers will have to resort to incineration or landfilling. However, if the numbers paint a different picture, as in the case of TCN’s 2013 study, there would be safer alternatives like composting, recycling, bio-methanation, etc. to deal with waste.

And so, as it stands, Chennai is resorting to the option of incineration without having conducted a proper city-wide waste characterisation study.

A trial run of the incineration plant in Manali took place in October 2019. Using the incinerator, civic officials have started burning dry waste, including plastics, reducing them to ashes composed primarily of carbon.

Chennai is pushing for decentralised incineration, instead of decentralised waste management. While this would still mean that no waste reaches the landfill, it would also mean that the waste is burnt, rather than managed at source. Not only do we need a new two-staged waste characterisation study wherein we quantify the different kinds of waste generated in the city, but also a long-term understanding of decision-making that affects public policy.

Setting up an incinerator plant comes with huge economic costs (like capital expenditure, maintenance), environmental costs via toxic gases released, and socio-political costs, if protests by residents living in the vicinity are anything to go by. It is time we weigh these costs against the benefits and look for more sustainable options, especially given that sustainable is the new smart.

Varnika Walvekar is an environment policy enthusiast currently working in the sphere of Solid Waste Management in Chennai, Tamil Nadu. 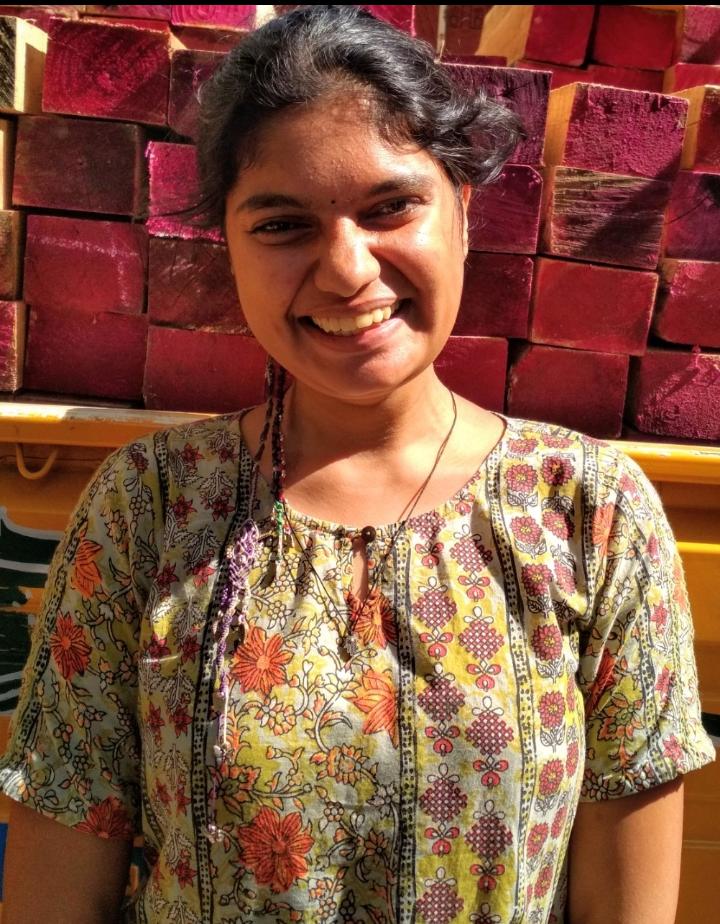