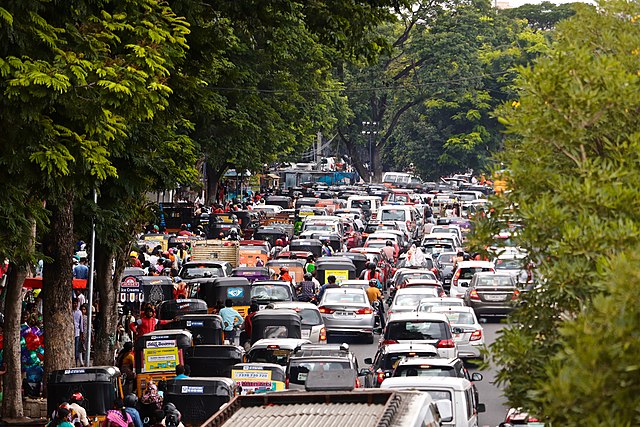 Ranked as the sixth-most congested city in the world, the average commuter requires no introduction to traffic woes in Bengaluru. Residents of Bengaluru lose up to 6 days in a year to traffic congestion, as per the Tom Tom Index. Exponential vehicular ownership coupled with a slacking public transport network has contributed to unsustainable mobility in the city. With several agencies like the BMTC, BMRCL, BDA, Transport Department, RTO etc, working in silos under different legislations, the state government has identified inadequate coordination among multiple institutions as the issue that needs immediate attention with regard to Bengaluru’s roads.

In response to this, the Directorate of Urban Land Transport (DULT) formulated the Bengaluru Metropolitan Land Transport Authority (BMLTA) Bill 2021 to create a unified, overarching body that will be the ultimate authority in transport governance in the Bengaluru Metropolitan Region. Many scholars have emphasized the importance of creating institutions that integrate land-use and transport planning.  Such an umbrella authority at the local level can indeed help fix the fragmentation that exists in transport governance.

But how does the fragmented nature of transport planning affect commuters? While the BMTC plans bus routes, the BBMP builds bus shelters, and toll charges are determined by other authorities. Further, mega projects like the metro are being built entirely independently by the BMRCL. With no single local authority to plan and regulate transport services, citizens lose out on a commuter-centric, seamless mobility experience. The BMLTA Bill can help create ownership of mobility in the region by strengthening and integrating different modes of transport and enabling sustainable mobility by regulating cabs and private vehicles.

The formulation of the BMLTA is in accordance with the National Urban Transport Policy (NUTP) guidelines and has been under deliberation since 2008. However, the Bill never saw the light of the day because it remained unapproved by the state cabinet.  The BMLTA may be a step to reorganise transport governance, but it risks being just another bureaucratic body without the requisite powers to institute change. How can we address these issues to make transport seamless for commuters?

Also Watch: Life in Traffic, Not Fantastic: Why Are Bengaluru’s Roads So Bad?

How Local is Transport Governance?

Addressing the overlap of responsibilities and functions of multiple institutions within the ‘urban mobility region’ has been stated as the main objective of this Bill. The administrative overlap of responsibilities is especially evident in the bus priority lane project, which was rolled out in 2020.  The bus priority lane is a policy of reserving the left-most lane exclusively for buses.

While the proposed jurisdiction comprises three districts, the geographical representation in the BMLTA is heavily lopsided. Of the 17 Urban Local Bodies and over 300 Gram Panchayats that make up the urban mobility region, there is only one member representing the Bengaluru Local area (the mayor of BBMP), with no representation from other districts.

The skewed geographical representation aside, the choice of proposed members also makes the BMLTA a democratically weak entity. For instance, of the total 33 members, there are only four elected members, reflecting a weak balance between democracy and bureaucracy. It should be noted that within this meagre political representation of four elected members, three are from the state government and only one member is from the local government. Further, given that almost 71% of the BMLTA represents the state and central government coupled with the fact that the ultimate authority for decision making within the BMLTA  lies with the Chief Minister indicates a recentralizing tendency in the institutional arrangement.

A centralized, bureaucratically strong land transport authority is against the spirit of the 74th Constitutional Amendment as it takes away local decision-making power. A non-local BMLTA will inevitably lead to transport projects that are conceptualized in a non-participatory manner and do not cater to the needs of citizens and the city.

The Bill has, however, empowered civil society to play an active role in the decisions taken by the Authority. Non-official members representing the transport industry, along with academia and NGOs have been given voting rights in all matters to be taken up by the BMLTA. This will ensure a formal democratic space for expressing public dissent in decision-making processes for large transport projects, opinions on which are often polarized.

A careful examination of the functions of BMLTA is necessary to ensure that it works as envisaged by its proponents. Although the entity has been christened as an ‘authority’, much of BMLTA’s functions have been described using verbs like ‘recommend’, ‘promote’, ‘review’, ‘monitor’, ‘advise’, and ‘evaluate’— making it an advisory body similar to existing ones. A major function of the BMLTA is to formulate and oversee plans and policies related to urban mobility in its jurisdiction, such as preparing the Comprehensive Mobility Plan (CMP). The current CMP in place, prepared by the BMRCL and DULT, can be revised by the BMLTA if it chooses to do so.

Other policies to be prepared by BMLTA include the City Mobility Investment Program, the Annual Implementation Plan, the Sectoral Mobility Investment Plan, and the Traffic Management Plan. The Bill, however, fails to articulate a participatory approach that takes into cognizance institutions like ward committees that are being strengthened in the formulation of transport plans. For citizens, this means an increasingly shrinking say in decision-making around issues like bus stops, quality of roads, etc. in their neighbourhoods.

It must also be noted that the BMLTA, composed primarily of bureaucrats, ministers, and external experts may lack the technical and administrative skills to draft these policies. Land Transport Authorities all over the world are large entities with permanent technical and administrative staff; for instance, Transport for London has a permanent workforce of 28,000 employees. To integrate land use and transport, the Bill seeks to make the City’s Master Plan subordinate to the Comprehensive Mobility Plan. The responsibility of the preparation of the Master Plan remains with the Bangalore Development Authority, with the BMLTA providing required suggestions and modifications, which the planning authority may choose to accept or reject with appropriate explanations. In effect, this arrangement does not change much in the urban planning space and may not achieve the goal of integrating land and transport planning.

In this context, the Bill fails to clearly fit the BMLTA into the complex governance architecture of the city that already exists. The Bill fails to explicitly state the relation that the BMLTA is to have with these existing agencies such as the BDA, BMRCL, DULT, etc.

In December 2021, The Bangalore Bus Prayanikara Vedike (BBPV), a volunteer-led bus commuters’ rights forum in Bengaluru, submitted a petition on behalf of mobility and governance activists. This petition urged the government to defer the Bill until proper public consultations were conducted. The BBVP pointed out flaws with the Bill such as the lack of a  transformative vision for sustainable mobility, non-alignment to the 74th Constitutional Amendment, and no articulation of how exactly the BMLTA seeks to integrate land transport and planning. According to Shaheen Shasa, the founder of the BBPV, the BMLTA’s purpose seems to be a quick legislative fix to what it recognises as a solely administrative problem.

Functions and Finances: Understanding the BMLTA

The BMLTA is empowered to own securities, and even borrow, lend, or fund finances for urban mobility projects. Further, the BMLTA has also been vested with the powers to raise its own funds, allowing it to function as a financially independent entity, which is an important distinctive characteristic of land transport authorities across the world.

It is commendable that the sources of both funds and revenues for BMLTA have been chalked out along with detailed budgetary provisions. Provisions for grants and allocations from the Central government, National Investment Fund, state governments, and Finance Commissions have been prescribed in the Bill. The adequate and timely release of these funds will be crucial to ensuring the BMLTA’s financial stability.

While this is a step in the right direction towards ensuring the financial independence of the BMLTA, the level of details available in the Rules notified after it gets passed will determine the effective implementation of these provisions.

While institutions like the BMLTA may not be the panacea to Bengaluru’s transport problems, fragmentation and lack of coordination among too many agencies are issues of significant concern. For instance, the NUTP 2006 had directed cities with a million-plus population to create a single agency to coordinate transportation planning and management. So far, 15 of the 53 eligible cities have created Unified Metropolitan Transport Authorities (UMTAs) to address this problem of institutional multiplicity. UMTAs across the country have not achieved much success because they have functioned like inter-departmental government committees established mostly through executive orders instead without any legislative backup.

In creating a regional or sub-national transport authority, policymakers must ensure a decentralised governance structure, adequate geographical representation, appropriate balance between democracy and bureaucracy, and financial and executive independence.

According to the BBPV, the BMLTA must be made a subset of the constitutionally mandated Metropolitan Planning Committee (MPC) which is an adequately represented body at the regional level. Not only will this empower the local government, but this will also avoid complicating transport governance further. Whether the BMLTA bill will be introduced in the Karnataka legislature soon is still unclear; yet, the provisions of this progressive legislation must be thrown open to a robust public consultation to help refine and fine-tune it in the best interest of the city’s commuters.