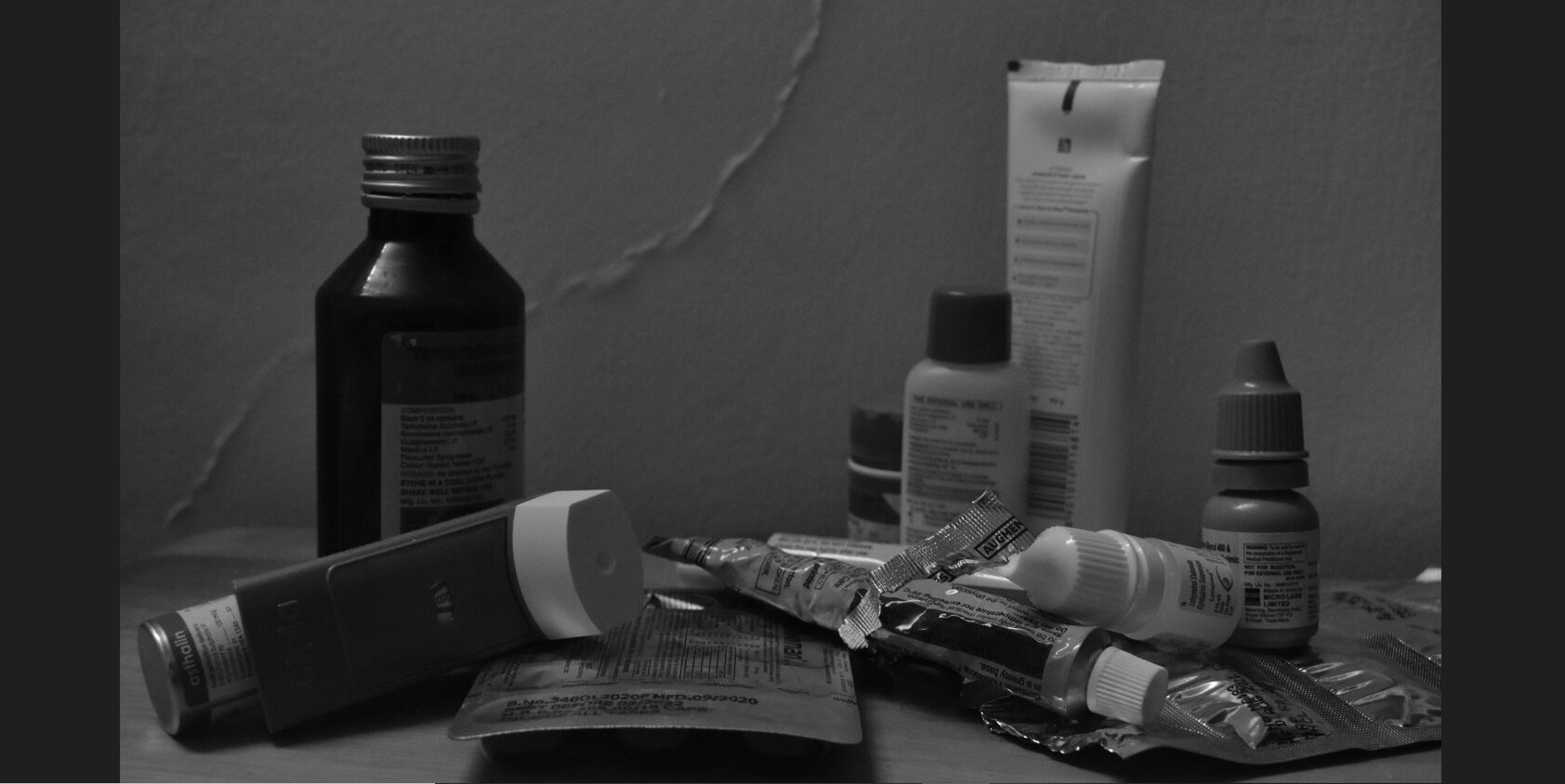 “Is there any place in Bengaluru without dust?” asks Geetha* with a laugh. Mother to a ten-year-old girl with asthma, Geetha is one of the many parents in Bengaluru whose children suffer from respiratory issues.

Over the last year, the air quality index in Bengaluru has dipped, as the concentration of particulate matter 2.5 or PM 2.5 rose. These small airborne particles have been directly linked to asthma, lung diseases and a host of other health problems. In fact, one study published in 2018 found a link between rising air pollution and increasing cases of asthma in children.

“Pulmonary issues are one of the biggest we’ve been facing in the city over the last few years,” says Dr Praveen Bopaiah, a paediatrician from Bengaluru. Children, in particular, are more vulnerable to health issues caused by air pollution, as their lungs are still developing. “Just yesterday I had to admit a child [who] came distressed… a regular wheezer, [the child was] probably triggered because the parents took him outdoors someplace. So, it’s not just about pollution; breathing difficulties are also aggravated by going to parks, for example, as there will be pollen from flowering plants,” says Dr Bopaiah. “Put together, pollen and pollution take wheezing to a different level altogether”.

Having to suffer from any kind of long-term illness during one’s formative years can never be easy, as it affects the day-to-day lives of these children. This is especially true of chronic respiratory conditions, which require constant care. “I really like dancing but when I have a cold, I can’t dance,” says five-year-old Shwetha* as she waits outside the doctor’s room with her mother. “It’s because I have asthma,” she quips. Shwetha moved to Bengaluru in 2021 with her parents. Within weeks of arriving, she experienced an asthma attack that had her parents rushing to the nearest hospital in the middle of the night. She spent the next five days in the Intensive Care Unit. “I was really scared. They gave me injections… I don’t like injections” she adds with a shudder.

“Children [with respiratory ailments] often have a bad night, and can’t go to school the next day… Waking up becomes difficult—the child has coughed all night and is in distress,” says Dr Bopaiah, describing the state in which children are brought to her.

Common cold with a cough and congested chest would typically be the first image of a respiratory condition that comes to most people’s minds, leading them to believe that respiratory illnesses are not all that serious. However, not all respiratory ailments can be cured with over-the-counter medication. Conditions like asthma and allergic rhinitis are far more serious and require sustained treatment.

The list of medication that accompanies respiratory illnesses can be a lengthy one. Not all can afford them, as drugs like bronchodilators for treating asthma can only be administered via inhalers, which allow the medication to reach the lungs directly through a person’s breathing. Nebulizers, which are slightly more expensive, may be needed for some cases. The rise in the number of patients using these drugs is clear from the growth of pharmaceuticals selling them. Pharma giant Cipla’s respiratory division, for example, saw a 4.1 per cent growth in 2021 alone, albeit amidst a pandemic.

If the list of medications runs long on normal days, things get worse when these children fall sick. “I find my daughter tired all the time and unable to do most kinds of physical activity on bad days because of her asthma. It is aggravated when she catches a cold,” Geetha recalls. Polluted air clearly affects other parts of children’s lives, including but not limited to their school lives, and the freedom to play sports or go on field trips.

Pulmonary issues and airborne allergies are difficult to treat because of the range of trigger points around children in cities. Repeated distress not only affects children’s lives, but also the lives of their parents, guardians, and caretakers. “We have been advised to clean every surface in the house every fifteen days, from the curtains to the bedsheets, so that dust doesn’t accumulate. But this cleaning can only happen when my daughter isn’t around!” Geetha says, as her mind runs over the things to be taken care of. Agarbattis, mosquito coils, dhoopas, and dusters were some of the other things that Geetha’s doctor has advised her daughter to stay away from.

The quality of air in the city clearly determines the choices made by children and their parents on a day-to-day basis. “We do not dare to step out at all during the few days of Diwali,” said another parent. Yet, a child’s exposure to unclean air is not restricted to the outdoors; sources of pollution also exist indoors. Cleaning products, humidifiers, open-fire chulhas, and passive tobacco smoke can cause allergic rhinitis and ear infections in children.

This theme of avoidance was common across the board for children with respiratory problems. Any person with allergies or asthma living in Bengaluru can attest to having avoided certain places or activities because of their condition. “Stay indoors and wear masks when we step out” was a parent’s response when asked about additional precautions they take.

What should be well-known is the fact that the World Health Organisation’s standards for air quality are much higher than existing Indian standards. While the WHO used to consider daily concentrations above 25 ug/m3 of PM 2.5 to be harmful to human health, it was further slashed down to 5 ug/m3 in 2021 after a systematic review of existing guidelines. Indian standards, on the other hand, consider daily concentrations above 60 ug/m3 to be harmful.

For all the accolades that its weather brings in, Bengaluru’s air quality could use some scrutiny. Air quality is monitored by the KPSCB through Continuous Ambient Air Quality Monitoring stations that are located in several locations in the city. Data collected is then indexed based on the National Air Quality Index. According to a report by the Karnataka State Pollution Control Board, Bengaluru saw an increase in both PM 2.5 and PM 10 pollutants during the winter months last year. In 2021 alone, the concentration of PM 2.5 rose from 27.5ug/m3 to 29 ug/m3. This increase was despite COVID-19 bringing the city to a slowdown.

While it may look like a minuscule increase in itself, there are direct consequences of Bengaluru’s increasing air pollution on mortality. As it is with everything else, the people who are most affected by such pollution are those who are the most vulnerable. Children, for example, have little to no control over their environments. The locality they live in and the school they go to are usually decided for them by their caretakers or parents. Estimates from the World Air Quality report of 2021 indicate that 40,000 children worldwide under the age of five died because of PM 2.5 pollution. Rising levels of pollution mean that children in the city with respiratory issues are affected by allergens and can be triggered more easily.

Calling a Spade a Spade

Most often, the conversation on air pollution within the country revolves around cities with visible impurities, such as Delhi NCR. 35 of the 50 most polluted cities in the world are from India of which just one is Delhi. Bengaluru is seeing a rise in construction activity due to numerous public infrastructure projects; with old trees being felled to make way for development, conversation and legislation around air quality in the city is sparse.

A study conducted in 2021 in Bengaluru by Dr Bharath Kumar Reddy, Director of Shishuka Children’s Hospital, found that air quality was significantly worse when children returned from school during the day. “It is not the school-going hours that are problematic, as most children go before 8 am, when the air quality is relatively good,” explains Dr Bharath. “What we can attribute [to the worsening air pollution] is that it is not school traffic alone that is contributing to poor air quality, rather, it is the regular traffic that contributes more towards worsening air quality.” The study noted that over 80 per cent of the areas from Bengaluru that were assessed had concentrations of PM 2.5 above the recommended levels by the WHO.

Children from different economic backgrounds experience polluted air differently too, with another study finding that those living in single-room houses were more likely to have asthma and respiratory infections.

Bengaluru’s age-old association with trees, as the ‘Garden City’, may have some part to play in this ignorance. However, the tree cover in Bengaluru stands at 5 percent, lower than cities like Chennai and Mumbai, where tree cover ranges between 32-35 percent. In fact, a study conducted by the Centre for Ecological sciences at the Indian Institute of Science revealed that Bengaluru witnessed an 88 percent decline in tree cover between 1973 and 2017. Areas like Whitefield and Peenya Industrial Estate saw a decline in vegetation and open areas by 81.61 and 87.39 percent respectively. Co-author of the study, Prof T V Ramachandra, in an interview said that while areas like Whitefield, Bengaluru South and Peenya are the most congested, Sadashivanagar, where the influential and elite stay, is well-planned. Declining tree cover worsens air quality, which further affects vulnerable groups of city dwellers.

The voices of patients and caregivers ring loud and clear: worsening air quality in parts of the city is directly affecting the quality of life that our children can enjoy. The conversation around pollution outside of cities like Delhi is clearly an important one that needs to be had at all levels of governance. While Bengaluru fares better than Delhi, Kolkata, Mumbai, and Hyderabad, both Bengaluru and its air quality are, sadly, not so green anymore.