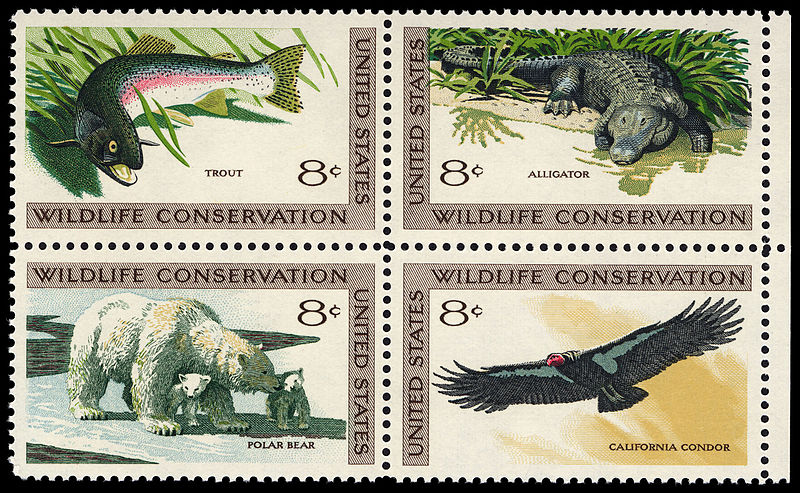 With inputs from Dakshin Foundation

When most people think of conservation, they think of Big International NGOs (BINGOs) like Worldwide Fund for Nature (WWF), Conservation International, and IUCN, amongst others. Funded by multilateral development banks, bilateral donors, and wealthy foundations, these INGOs have been publicly recognised as contributing towards conservation efforts. Today, most of them have marked their presence worldwide by implementing large scale conservation projects.

But, in March this year, an open letter surfaced on the internet which challenged this perceived nature of the BINGOs. Representatives of national and subnational organisations in the global south wrote, “Do you need to exist in every country with your brand? No. There are often local organisations, like ourselves, who work effectively on the ground, with better connections to the local community.” The scathing letter goes on to critique the BINGOs on their legitimacy, their ‘whiteness’, and that far more aid money ultimately ends up in northern organisations’ headquarters, than in the Global South. They listed a series of recommendations to ‘shift the power’ back to the hands of those involved in local conservation.

“Work with us not against us”
Civil society organisations part of #Shiftthepower movement raised their voices to request international NGOs to stop a misguided localisation agenda that promotes competition for local resources. Read the open letter: https://t.co/bl8ppyZxZr pic.twitter.com/bIT4yxpIYr

Such critiques first emerged in 2004, when Mac Chapin traced the growth of international conservationist NGOs—such as the WWF, The Nature Conservancy, and Conservation International—into multi-dollar entities by the mid-1990s. He observes that by the end of the decade, an intriguing trend was becoming clearer: while conservation funding was declining in general, funding to large organisations had increased in both relative and absolute terms.

But how and why is this dangerous? The answer to this peeps from between the baggage that accompanies funding from BINGOs. At the very outset, one such piece of baggage is the idea of what ‘conservation’ should look like. As the case ahead shows, a copy-paste mechanism of Northern (or western) ideas to the Global South, without contextualising them to local ecologies, leads to disastrous results.

One of India’s bird diversity hotspots is the man-made wetland of Bharatpur, located in East Rajasthan. It is home to over 300 bird species, 379 floral species, and 50 species of fish.

Many of us might know that the wetland was elevated to the status of a ‘National Park’, and subsequently the grazing of cattle inside the park—a practice commonly carried out by villagers who lived close by—was banned. Such bans on human interference were already a common trend in the US during the time, as seen with the Yellowstone National Park. Originating in the early 20th century in North America, these notions of ‘pristine wilderness’ had become the model for international standards for large conservation bodies like IUCN and WWF.

You May Also Like: The Bastion Dialogues: Amita Baviskar

Here, it is worthwhile to step into the details of how cattle became the new enemy to ecology, as traced out in a fascinating paper by Michael Lewis. In 1966, an American graduate student Juan Spillet wrote the most thorough critique of livestock in Indian National Parks, supported by the Bombay Natural History Society (BNHS)—one of the largest NGOs in India in conservation and biodiversity research.

Now, soon after his work was published in BNHS’s journal, the role of cattle started being questioned. Over the next two years, a team of graduate students carried out a study funded by the Smithsonian Institution, the world’s largest museum, education, and research complex based in the United States. The scientific study aimed to investigate the role of cattle in the Gir Forest. But when the report came out, its conclusions were different from Spillet’s: if graziers and their livestock were to be removed, at most, only 25% of the current lion population would exist.

Since this conclusion did not match with the Smithsonian’s idea of conservation, an official from the Institute wrote to one of the researchers, remarking that many who had seen his study believe that he was operating on “shaky grounds.” Lewis writes about the letter in his paper, saying “When science did not confirm the conventional wisdom, it was rejected.” Since the graduate student could not anger his funding agency, quite a bit of re-writing went into the paper to put his funders at ease.

By now, conservationists in India and the US had begun advocating the declaration of Bharatpur as a national park. It was declared as one in 1982.

But with the cattle ban, the bird diversity plunged. In 1991, a report by BNHS made this official, exposing the delicate interlinkages of local ecosystems. With no grazing, a few weed species started taking over the wetlands. This, then, reduced the fish populations. With no fish to feed on, the Park was no longer an attractive nesting ground for many bird populations.

It became clear that ideas of conservation that were prevalent and practiced in the US (and funded by its institutions) could not be simply imposed upon another area and culture. To be fair to BNHS, when they realised this in their study, they advocated for allowing cattle to graze in the park. Ultimately, a compromise was made: presently, the Forest Department allows villagers to enter the park and collect fodder.

But, a similar flexibility as shown by BNHS is not always the case in other conservation projects.

‘Gatekeeping’ Conservation, Keeping Locals Away: The Case of the Congo

In his critique of BINGOs, Chapin alerts towards the trend of big donors contributing (read: passing) money through NGOs, which eventually gives the donors “considerable influence over the programmes of the large NGOs.” This then gives large NGOs influence over projects of local NGOs who rely on re-granting through these large international NGOs.

In other words, the big NGOs become “gatekeepers” of external resources. In doing so, the local communities are at the greatest disadvantage; they are often viewed as obstacles to effective conservation while their role in protecting the resources they know well, is ignored.

The kind of results this can accelerate is worrying. Consider this: In 2017, a $21.4 million (USD) project was set up in Northern Congo. The funders were a mix of large NGOs, like the WWF, and other international and government donors, like the UNDP, The European Commission, the governments of the US and Republic of Congo, the Global Environment Facility, and even the logging and palm oil corporations. Under the conservation project, the WWF had pushed to demarcate a massive 1,456 sq km area of forest known as Messok Dja as a “national park”. This was a global biodiversity hotspot, rich in elephants, chimpanzees, and gorillas.

Now, to ensure the protection of this area, the Congolese government employed armed forest rangers called “ecoguards”. They were trained by the WWF, who also paid their wages, along with other donors.

Over the years, the hunter-gatherer Baka tribe who reside close to the proposed national park started reporting instances of extreme physical abuse and violence at the hands of the ecoguards. In fact, similar reports of abuse by such appointed guards have also been reported from other WWF funded projects in places like Nepal and even Kaziranga in Assam, India.

In a letter addressed to the UNDP, a representative from the Baka Community from Namogola writes,

“We… refuse this new park that WWF wants to create…They (ecoguards) take our things, they send us to prison, they beat us and then we have to pay fines…We are told that international law says that they need to get our consent before doing a project in our forest… We invite you to come here, to listen to what we have to say and to make sure this law is applied.”

Following the initial assessment of these allegations, the UNDP suspended the project in March 2019. In January this year, an investigation by the UNDP gathered credible evidence from different sources that confirmed the claims made by the Baka Community.

Here, not only had this heavily funded project dismissed the voices of indigenous people, it had also violated their human rights. It gave rise to what Mark Dowie, an investigative environmental journalist calls “conservation refugees”—  “those removed from their lands involuntarily, either forcibly, or through a variety of less coercive measures.” By 2005, there were 1.6 million of such conservation refugees in India alone, he writes.

It’s time for BINGOs to revisit their approaches to conservation, to let go of their control on conservation practices in local regions that they hold on to so dearly, and adopt ones that incorporate local populations. Else, they will do more harm than good.

What changes can be made to these models of conservation? Stay tuned for part 2 of this series.