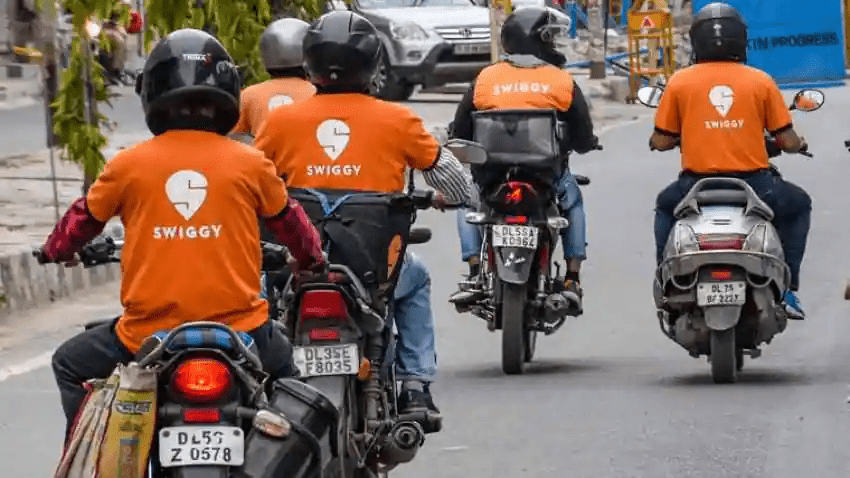 The pandemic had most people sitting on their couches and ordering food from the comfort of their homes day in and day out. Swiggy and Zomato revolutionized food delivery by ensuring that all food cravings would be resolved with just a click of a button. On New Year’s Eve 2021, both platforms crossed over 2 million orders before midnight!

What’s more, in April 2020, a Genie sprung forth, cloaked in orange and wielding infinite wishes on hand. Swiggy Genie, which is a pick-up and delivery service, left cities at the fingertips of its residents. 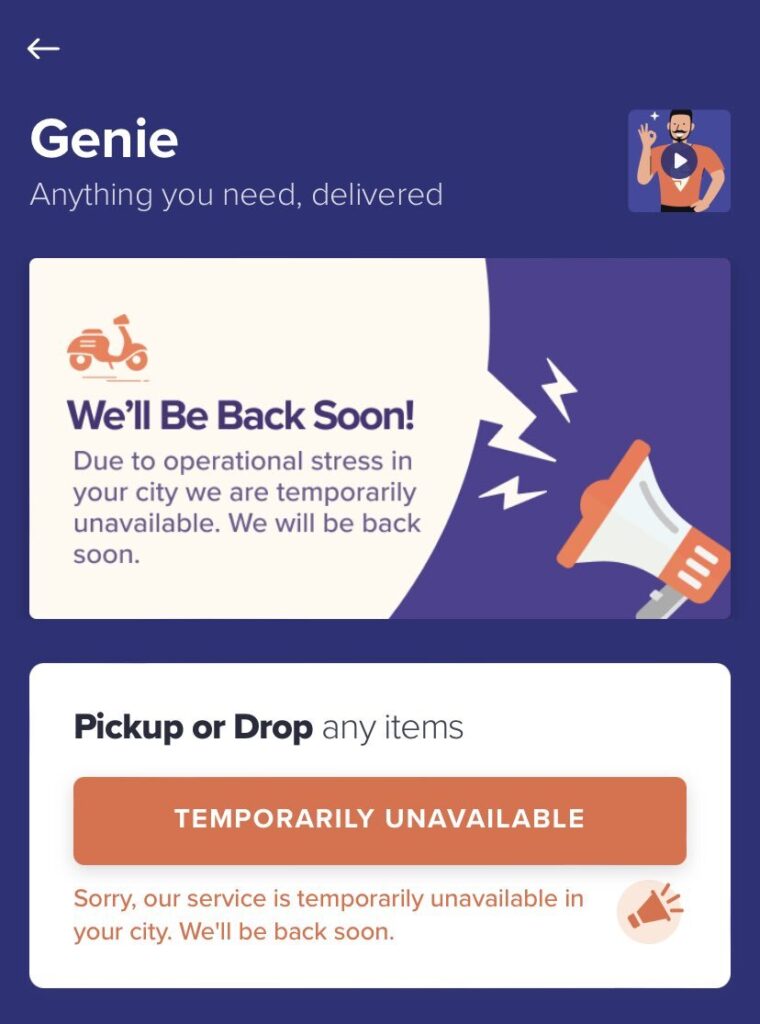 Swiggy Genie was a blessing, until one day in May 2022, we woke up and Genie was simply no more. A dearth of delivery partners rendered Swiggy Genie essentially inoperable in major metropolitan cities. Cities like Mumbai, Hyderabad, and Bangalore, which were cities with great demand for Swiggy’s services, witnessed the downfall of Swiggy Genie.

In such a circumstance, one can’t help but wonder – what business models are food delivery platforms like Swiggy and Zomato founded upon, and what has been causing disruptions in their functioning? As a consumer, these questions are of utmost relevance as they impact prices and supply.

In the past few years, there has been a boom in the size and scope of the gig economy in India. Once seen as an “alternative” mode of employment, gig work in the years preceding the pandemic was thrust into the spotlight. India’s youth found a viable source of regular earnings in the gig economy.  Workers in the gig economy are paid for every task performed and are able to take advantage of the flexibility that such work provides vis-à-vis hours and location of work.

Ola, Uber, Swiggy, and Zomato helmed this growth and it seemed like there was no turning back. During the pandemic-induced lockdowns of 2020, gig work emerged as an especially viable alternative to counter the sudden spate of unemployment. The market had the capacity to absorb about 90 million of the 114 million individuals who lost their jobs. This is equivalent to roughly $250 billion and an addition of 1.25% to India’s GDP.

What Makes Swiggy and Zomato Tick?

Swiggy and Zomato are two gig-work platforms that have especially grown in popularity. They both have a multi-pronged approach to food and dining services and offer a catalogue of restaurants to choose from, both for ordering in and dining out. The ordering in, of course, is a service facilitated by delivery partners hired by these corporations. A gamut of other services thrives alongside, including deals and discounts, loyalty programs, and the option of reserving tables and leaving reviews.

It is clear, therefore, that the USP of these companies has always been customer satisfaction. However, that can scarcely be enough for any business to function profitably. Indeed, as of May of 2019, both companies were losing an estimated $30-40 million on deals and discounts and were poised to reduce discounts by nearly 40%.

How do these companies set out to resolve their financial turmoil? Unfortunately, the workers, who are the backbone of the gig economy, are at the receiving end of this cost-revenue deficit.  The shock that has come to this sector of the gig economy in India can actually be chalked up to an acute shortage of workers. Ever-increasing petrol prices – which Zomato and Swiggy claim to be cushioning via higher distance pay for delivery workers – have made it less appealing for delivery partners.

A Zomato delivery partner shared, “We make around ₹1500 a day but ₹500 goes towards petrol and other expenses that are not borne by the company. My take-home is usually just about ₹1000 a day.”

Other externalities like the weather patterns that include both unceasing rain and dreadful heat have only served to increase the precarity of their work. Battling job insecurity while toiling for low base pay, they have been displaying dissatisfaction in their own way. Orders are not being accepted, devices are being turned off, and the apps are simply being logged out.

It follows, therefore, that the very model that Swiggy and Zomato were built upon has been rendered quite shaky. Short delivery times, for instance, were once the biggest hand that Swiggy had to play. It found great appeal among the masses, so much so that Zomato was forced to find ways to compete along the same axis. Being able to deliver food quickly is contingent upon being able to find delivery partners to collect it. When delivery partners fall short, it is but inevitable that delivery times see an incline, and customer satisfaction a concomitant drop.

How Has The Gig Economy Treated Delivery Partners?

Gig workers in India are not afforded adequate protection and social security through labour laws and regulations.

One can argue that gig workers fall within the ambit of the Unorganised Workers Social Security Act 2008. However, that Act has arguably been a dead letter, with fatal flaws in its design and almost non-existent implementation.

It is far easier for companies that hire freelance workers or independent contractors to subvert even the few rules that do exist. For one, gig workers are not considered ‘employees’ at all and can be assigned work whenever the demand crops up. Moreover, the cost of retaining workers, even during times of moderate demand, isn’t very high. They are assuaged with incentives during the initial period but as the number of workers expands, incentives start to shrink. “Incentives at Zomato are even fewer than at Swiggy”, mentions one Zomato delivery executive. “We stand to lose about 30% of our earnings at the end of the day”, he says.

Delivery work is characterized by lengthy waiting periods, for which no compensation is provided. It also becomes difficult for these workers to engage in other income-providing work at this time. Furthermore, contracts are carefully worded to prevent workers from having a barrage of demands or going to court.

The demand for Swiggy and Zomato services has been almost ubiquitously growing. Meanwhile, the number of delivery partners is subject to the vagaries of the larger macroeconomy. For instance, in the years preceding the pandemic, the number of workers had been rising in response to increasing aggregate demand. During the early months of the pandemic – when economic activity was brought to a grinding halt by the lockdown, restaurants were shut down and delivery partners were left disenfranchised. Prior to the pandemic, Swiggy and Zomato each averaged 2.2 lakh delivery executives, and this statistic dropped to 1.3 lakhs when the lockdown was at its most stringent.

In August 2020, Swiggy introduced Swiggy Instamart – an online grocery ordering and delivery service to cater to the increasing desire to stay indoors while also having access to necessities. The gig economy soon picked up, and rapidly so. In fact, of the 114 million Indians left without work during the lockdown, a large section sought recourse in gig work. But of course, all wasn’t well that ended well. Poor working conditions and pay have always plagued the lives of delivery workers and appeals on Twitter are not uncommon.

Also Read: Customers Are Central to the Gig Economy. Will We Use Our Voice to Fight for Workers’ Rights?

In April 2021, Zepto threw its hat in the gig economy ring. A grocery delivery app that claims to have groceries brought to one’s doorstep within 10 minutes of making the order, Zepto has since provided stiff competition to services like Swiggy Genie, which was later dismantled in most cities. Supr Daily, the subscription-based daily essentials delivery arm of Swiggy, was also made to cease operations in five large cities in early May this year.

Swiggy and Zomato nevertheless continue to house one large weapon in their arsenal, wielding it with great ferocity in recent months – PR. Publicity is now taking over as a major tool in their playbook. Zomato, for instance, has recently begun a “delivery partner of the week” accolade, seeking to highlight their most efficient delivery person and publicizing them via emails to regular customers. 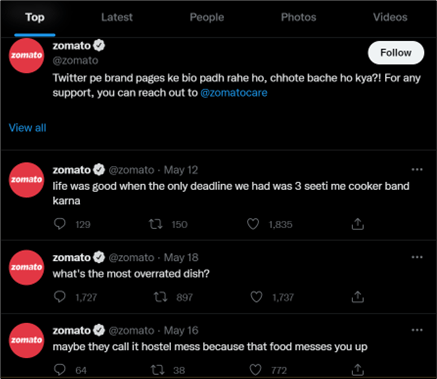 Their social media accounts, especially Twitter, are vibrant and thriving – relatable posts, food puns, and conversations with customers have been deployed to save the day.  The investment in PR ensures that there is an image of these corporations having a perfectly healthy and harmonious relationship with their employees, while also maintaining their ‘customer is royalty’ stance.

But is painting a rosy picture enough to offset the other ways in which Swiggy and Zomato have found themselves in a rut off-late? Where are the workers, where is the food, and where is the customer satisfaction that they once prided themselves on?

Is It Time To Rework the Swiggy-Zomato Model?

These questions pave the way for the larger question of alternative business models. Perhaps the time has come for these companies to do away with existing models and reimagine their place in the gig economy.

Swiggy and Zomato operate as two discrete food delivery systems. While individuals can sign up to deliver for them both, the separate red and orange uniforms remain. What if, instead of fragmented platforms, a single platform was created for all delivery workers? One where workers didn’t work for Swiggy or Zomato, but worked for the overarching platform and could take orders from Swiggy, Zomato, and anyone else.

This is the model followed by companies like Urban Company and Shadowfax. Shadowfax (pictured right), incidentally, brings together more than a hundred businesses, including Swiggy and Zomato, and acts as a common delivery platform for them all. 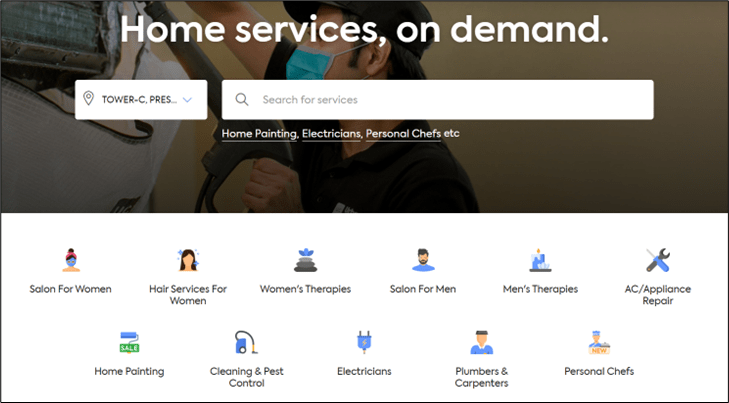 Urban Company (pictured left) has a similar business model, albeit for a different array of services. Salon and home repair services take the lead here, and Urban Company essentially brings together professionals from these fields who can be hired for at-home services. QuikrJobs provides a similar platform specifically for blue-collar workers.

Amalgamating food delivery partners under a similar umbrella would make unionization more attainable, and the quest for better pay and working conditions would be catalyzed. The question that nevertheless looms large is whether such a model would be financially viable for Swiggy and Zomato. Thus far, a significant part of their revenue has been borne by the commission drawn out of the payments accrued to delivery partners. Swiggy’s revenue from food delivery, in fact, rose by 56% between April and September 2020. With no delivery partners and the continued emphasis on deals and discounts, it is likely that these companies will have their costs far exceeding their revenue.

The story of Swiggy and Zomato has thus brought to the fore one of the grave issues with the Indian labour market – the ever-increasing vulnerability of young workers, which only gets exacerbated during times of adversity. This demographic appears to be veering towards gig work, which is believed to have the penchant to absorb labour but is now facing a dearth of the same.

With business models flailing and workers taking a hardened stance by ‘quitting’, what’s next for these companies?

Customers Are Central to the Gig Economy. Will We Use Our Voice to Fight for Workers’ Rights?