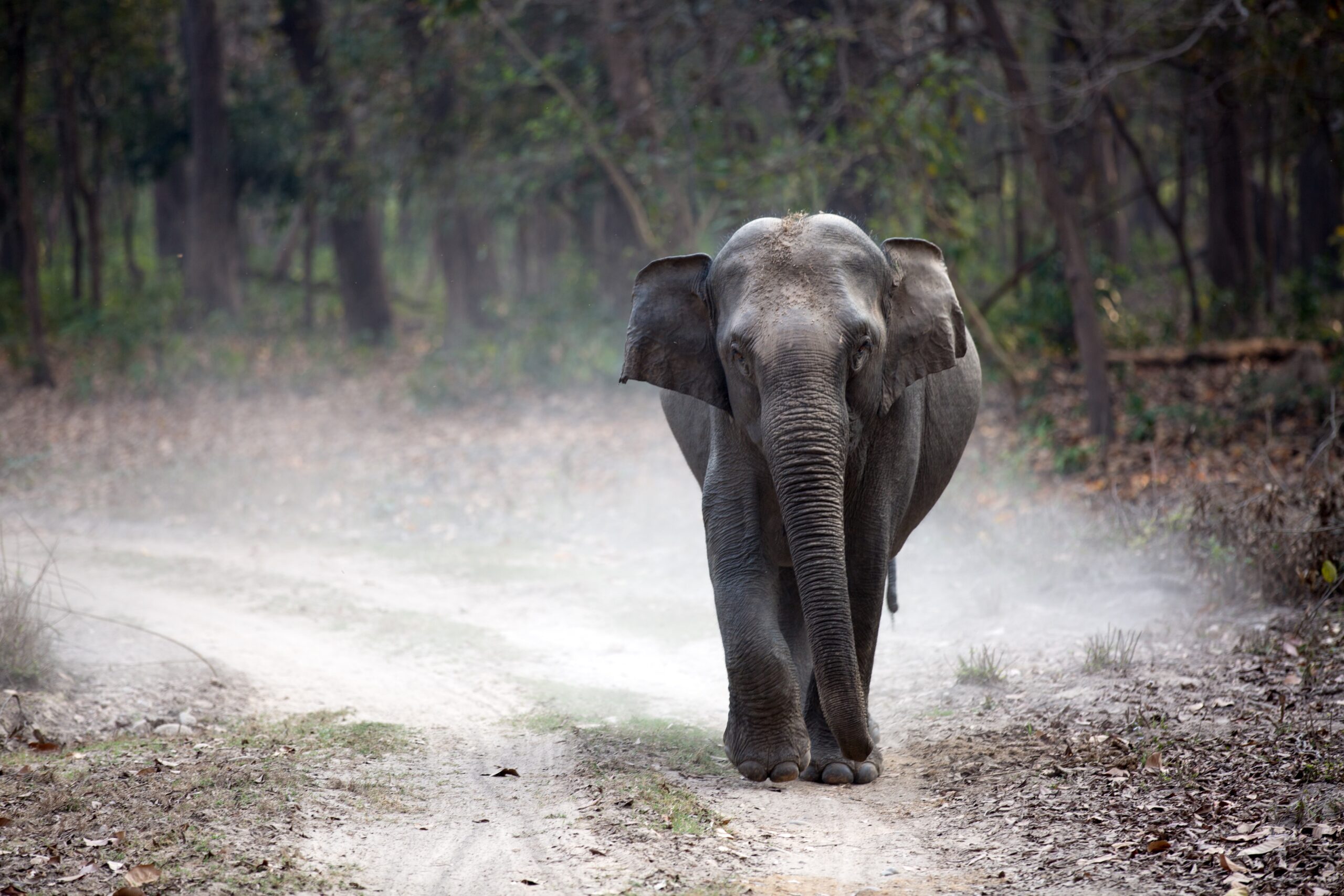 This is the second instalment of a two-part series released in collaboration with Dakshin Foundation on conservation in the Global South. Click here to read Part 1.

In 2016, three words under a hashtag started a movement. #ShiftThePower was introduced during the Global Summit on Community Philanthropy, wherein a diverse global community of grassroots workers and grantmakers called for a shift in the business-as-usual model of international philanthropy.

They joined the many voices that have critiqued the approaches of big international NGOs, or BINGOs, in funding smaller NGOs in the Global South. BINGOs are accused of being top-down in their implementation of conservation projects, which often leaves little space for local communities to negotiate on projects that end up impacting their lives. In the field of conservation too, this has threatened human rights, and even countered the goals of conservation, as discussed in Part 1 of this series.

What you do matters. What matters even more is HOW you do it. Providing reasonable timeframes, simplifying processes, eliminating red tape, ensuring flexibility, ceding power, and minimising delays – these are some of the hows that make a difference #ShiftThePower #philanthropy https://t.co/0vLSD9FHKA

Now, data on the specifics of BINGOs’ contributions to the Global South is hard to find, but some interesting research surfaced in 2013. A paper by Waldron et al. claimed to have been the “first (to) assemble the most complete database of global conservation spending yet published.” What they found was fascinating. Looking at funding in conservation between 2001-08, their research showed that 40 of the most severely underfunded countries in the world (in terms of conservation efforts) contained 32% of all threatened mammalian diversity. The funding they analysed was not limited to just NGOs, but also accounted for international donors, and domestic governments, amongst other sources. In an interview with Aiddata, the authors said that “funding gaps tended to be concentrated in particular places,” including Southeast Asian countries.

Presently then, momentum has now been building dramatically towards shifting the power from this top-heavy, narrow funding, towards a flatter and equitable approach that focuses on people-centric development. But, how can these models of conservation change?

One way to go about it would be broadening the goals of conservation, and thereby also the funds diverted to studying a single species, to foster wider attempts at conserving ecosystems.

Towards a Holistic Conservation

What do snow leopards, rhinos, tigers, and elephants all have in common? They are large, charismatic, and well, cute. Another thing that they have in common is that conservation in India has mostly revolved around such charismatic, large animals, and the protection of their populations and habitats. “Terrestrial mammals like elephants, rhinos, tigers, lions and primates still command a significant proportion of time, effort, and financial resources,” Kartik Shanker et al. write. The single species approach has, in effect, not only impeded (and in some cases countered) the larger goals of biodiversity conservation, but has also diverted attention from a variety of other equally deserving yet less charismatic species, the authors continue.

We will see the last of the Malayan tiger in a couple of years if we do not do something now to save this critically endangered species. Take action by being the voice for tigers. Start by pledging to save our Malayan tigers. https://t.co/DOgUmSSFCm

In fact, this trend seems to mirror the work of international conservation NGOs too. A co-authored paper led by Robert J. Smith studied 59 INGOs who have flagship conservation campaigns based on threatened mammal species found only in developing countries. They found that the campaigns only focused on 80 out of the possible 1,098 species that could be used as flagship symbols for conservation. In fact, more than half (around 58%) of the flagship species were primates or carnivores: the tiger, African elephant, and Asian elephant were among the three most commonly used.

This biased focus of larger NGOs towards charismatic species needs to change, conservationists argue. They call out for ‘satisficing’ strategies—or approaches that provide solutions to a greater number of species and habitats. For this, conservation will have to stop being synonymous with just protected areas. Instead, a more “holistic conservation framework, that addresses landscape mosaics and comprises land uses that range from high to low diversity” is required.

Recent research is also indicating the need for a similar shift.  An international research team from the University of Leeds assessed around 1,800 tropical coral reefs from 41 countries. They examined whether no-fishing marine habitats and other fisheries restrictions were helping countries achieve multiple conservation goals in the coral reefs. Of the 1,800 tropical reefs, they found that only 5% were able to meet the combined goals of providing enough fishing stocks, maintaining biodiversity, and a working ecosystem.

The team clearly goes on to state that effective conservation of these mega-diverse ecosystems requires aiming for multiple goals that apply to multiple species [emphasis added]. In fact, they also suggest looking at socio-economic factors—like the geographical closeness of the reef to the market and local communities—to understand the health of coral reefs. Conservation, then, is not only about protecting the coral reef alone, but also about understanding people’s behaviour, which is influenced by the closeness of markets, and how that impacts the health of the reefs.

For holistic conservation goals then, funds and research should now lean towards a multi-pronged approach, looking at multiple species.

In fact, moving beyond redefining ideas of conservation, there is also a call to shift the power from the BINGOs through a change in another major framework—funding.

Cases documented in Part 1 of the series brought forth the extent of injustices that indigenous communities can be subjected to when BINGOs fund conservation projects in the Global South. Their approaches have been criticised for ‘gatekeeping’ resources and creating a donor-receiver relationship (wherein the BINGO has a heavier hand as a donor) with smaller NGOs in Global South to whom they give grants.

Instead, conversations are warming up over the idea of not having to depend upon funding from BINGOs. Why not raise funds locally?

This type of local fundraising, which is now popularly termed Community Philanthropy, is becoming an essential component of locally-owned development initiatives and models. It puts a dent in the former funding mechanisms which rely heavily on funds from outside. Community philanthropy makes use of already existing assets within communities. Such ‘assets’ are not only limited to financial support, but also extend to skills, knowledge, and networks.

Efforts towards this are already well on their way. Tewa—Philanthropy for Equitable Justice and Peace, an organisation based in Nepal, has been doing just this since 1995. Drawing on donations from the community living close by, Tewa invests in initiatives led by women and girls from the communities. The locally-raised funds also allows them to organise training for building and enhancing skills. For instance, in 2018, the Tewa program armed women’s grassroots-level groups with the skills and knowledge to advocate for environmental conservation and climate change. In this way, it helped build communication across communities, including those at the margins.

For raising funds, Tewa banks upon a few approaches. Fundraising campaigns like haat bazaars, raffles, walk-a-thons, and sales of merchandise are a few. Additionally, they also run campaigns highlighting themes such as women’s rights. In 2018, they were able to raise over 91 lakh Nepali Rupees (about INR 57 lakhs), which they disbursed to 46 organisations within Nepal. These smaller organisations work on diverse issues ranging from women’s empowerment, health, to even environment and climate resilience. In 2018 alone, Tewa claims to have impacted over 38,000 beneficiaries.

Such local fundraising efforts not only recognise and pool local assets, but they also shift the power—they make local communities seem like they are ‘co-investors’ and have a heavy stake in their own development. Most importantly, they challenge the traditional power dynamics from the donor-beneficiary imbalance, to a more decentralised, equitable set of relations.

For almost 25 years now at @Tewaforwomen in Nepal, they have demonstrated that modern forms of community philanthropy can be cultivated and even thrive. @RitaThapa52, feminist activist & founder of the women’s fund Tewa, explains how. https://t.co/lC16HjiEGj pic.twitter.com/YQoRQzunMU

The future of conversation needs to look different. It will have to be concentrated on multiple species and entire ecologies, rather than a one-species approach; it would have to enable funds to be locally raised to make communities invest in the future they want for themselves. And bingo! Perhaps then the power would shift.