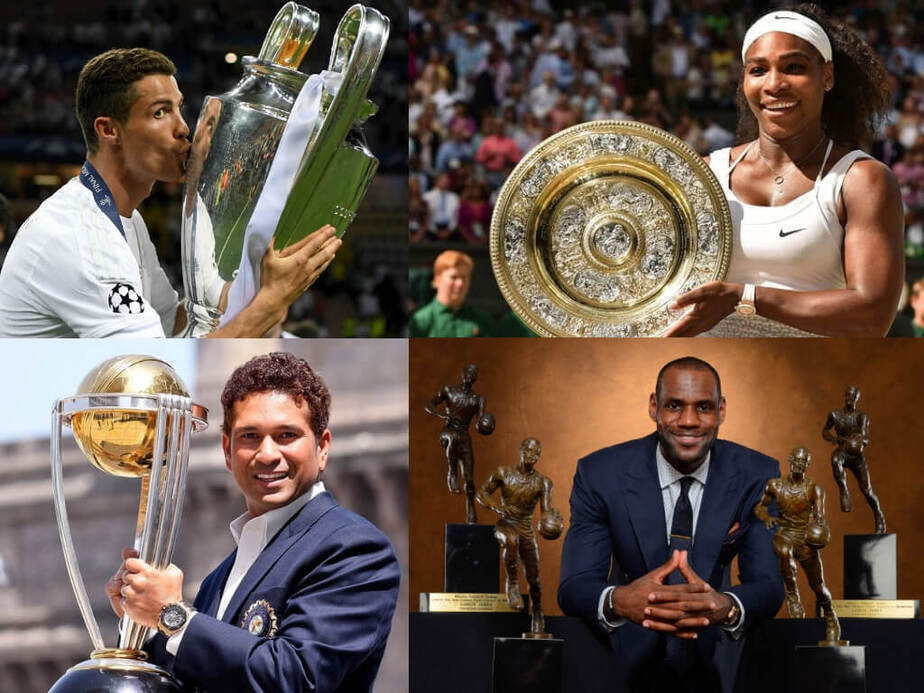 What does it take to win an extraordinary game? An extraordinary performance, right? Think back to the biggest games you have watched in your time as a sports fan. Think of a World Cup Final or the Olympics. Now, think deeper about what exactly that ‘extraordinary performance’ entailed. Did you honestly see anything out of the ordinary unfold? At the biggest stage, did you see the highest quality of sport? More often than not, the answer will be no. If you’re cringing at that claim, hear me out.

Extraordinary games are won by executing the ordinary. The teams or individuals that win big games are those who do the basics right. These basics refer to things that athletes at the highest level are “expected” to execute. In football, this may be scoring a penalty, defending a corner or clearing the ball away from goal. In cricket, it could be taking an easy catch or scoring off of bad deliveries. This holds for other sports as well.

A recent example would be Antoine Griezmann’s goal in the FIFA World Cup Final, scored from a penalty. In international football, strikers are expected to score penalties each time they step out. And that’s exactly what Griezmann did to give France the important lead.

As fans, one way to approach big games is acknowledging that they are breeding grounds for mistakes. And, whichever team makes the least mistakes goes on to survive. Rewind to the World Cup Final, where Hugo Lloris made a schoolboy error and was lucky to still be on the winning side. Loris Karius was not as fortunate as the French captain when his double-error cost Liverpool the Champions League.

As for cricket, fewer games receive more attention than an India vs Pakistan match in a World Cup. In 2011, this game saw Sachin Tendulkar score 86 runs, aided by 4 dropped catches from Pakistan. Big game? Bigger mistakes.

As I cite these instances, multiple counterexamples may enter your head. And rightly so. You would recall Gareth Bale’s bicycle kick in the same Champions League Final as Karius’ howler. You remember some spectacular catches in cricket or LeBron James’ block on Andre Iguodala in the 2016 NBA finals.

Denying that extraordinary performances are seen in extraordinary games would be pessimism at best, and ignorance at worst. This dichotomy means we need to delve deeper into individual differences between players.

A lot is said about athletes’ “elite” mentalities. A regular sportsman plays only a handful of big games in a calendar year. All of a sudden, in such moments, the skills you execute every day with little conscious effort seem jittery. You stop trusting your body and try to control it. This process, where an actor tries to consciously control a process that is otherwise automatized or instinct-based, is commonly known as choking. The rest? The skill that you perfected a thousand times in practice goes wrong at crucial moments.

Instances of choking are related to another important aspect of the sports psyche: one’s level of arousal. Arousal levels vary on a continuum depending on the nature of the activity. Everyone has an optimal range on this continuum where their performance levels peak. In extraordinary situations, arousal levels extend beyond the optimal range; those who cannot control their arousal in such situations often fail.

in the 1970s, the psychologist Juri Hanin developed the Individual Zones of Optimal Functioning (IZOF) Model that explains these different levels of functioning. According to the model, contextual factors like the score, intensity or the form of an athlete play a key role in his/her performance. Each athlete responds differently to arousal levels.

You would see that individuals regarded as the best in their fields are confident and trust their bodies and the choices made in crunch situations. Their consistency comes from a mastery of their arousal levels, largely rooted in their confidence and self-belief. They do not choke because they know that the skills they have executed throughout their life will also grant them success here.

The underlying mechanisms behind a player’s performance in extraordinary situations can be gauged from interviews. LeBron James is a telling example of this. he averages a whopping 33.5 points in playoff elimination games, which is more than anyone else in the NBA’s rich history. He knows he’s made for the biggest stage.

As fans, we can look for various factors and situations that may assist or deter performance levels in big games. How often have these players been in such a situation? Images of Federer’s flowing backhands at Wimbledon finals over the years makes you expect the same every time. Was it reflexive instinct, or did they have time to think about that move?

Here, the general claim is that sports feats may not be of the highest quality when you expect it. One may argue that this suggested drop in sporting prowess during big games can be due to the nature of the moment — we may see a severe imbalance between opponents or in a deadlock. Even in these situations, one could decipher if the athlete or team is playing well. In what might be a deadlock, both teams can perform at a subpar levels and still produce a nail-biter.

It is true that big games are extraordinary contests; more often than not, these contest are not decided by athletic or tactical brilliance. Perhaps sports viewers across the world should consider changing their definition of the extraordinary. Perhaps we should all expect the ordinary to be executed perfectly when it matters the most.

With an increasing number of people contracting th

Is It Time To Start Teaching Science In Regional Languages?