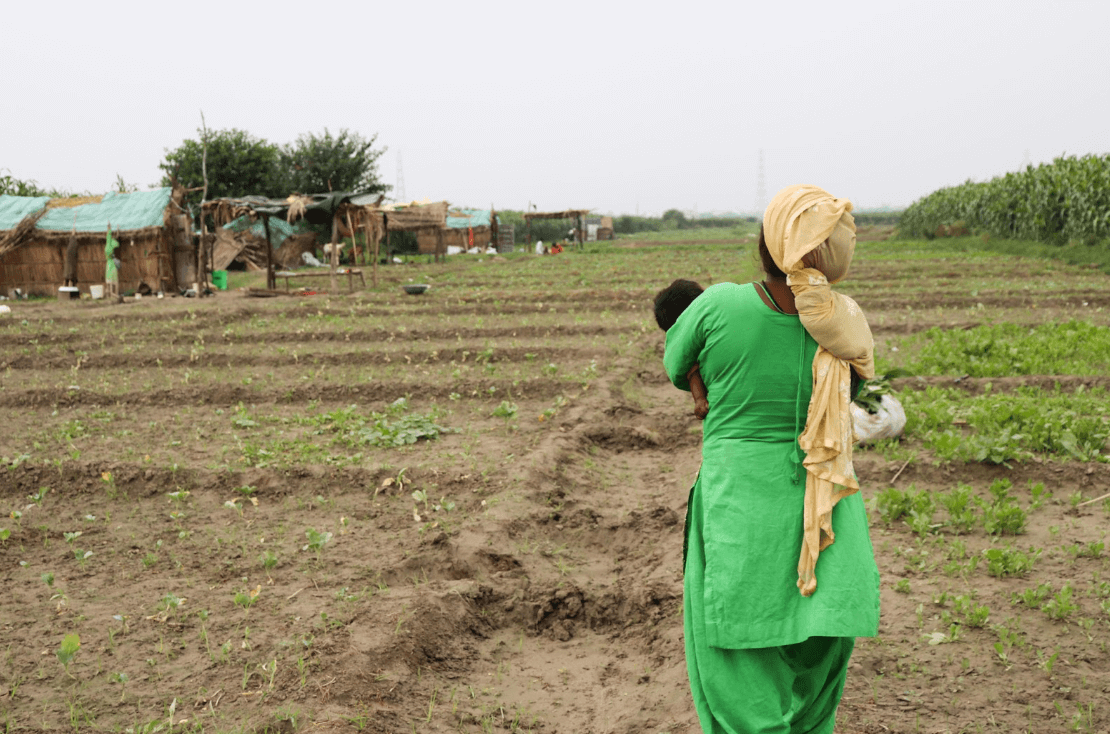 I move between worlds. Anybody who reads, watches movies, or writes, would know what I mean. Physically, you’d be occupying the space around you, but mentally, you find yourself walking down the streets of the protagonist’s city in the book you are reading, or swimming under the ocean in a Netflix documentary.

As an environmental journalist, up until last year, I was even physically moving between worlds. From my office cubicle in East Delhi’s Lakshmi Nagar, to Ali’s jhuggi on the banks of river Yamuna. Sitting on a charpai in Ali’s home, I would be mapping Ali’s story of migrating from Uttar Pradesh to Delhi for work, raising a family of four, and how many like him fall through the cracks of government policies, since they are not even recorded as agricultural tenants.

Conversations as such would be punctuated with desolation, frustration, and a glimmer of hope—emotions and voices that would be central to the story. And then, at the end of the day (or week, depending on the story) I would transcend back into my apartment in East Delhi. The story would then be typed, edited, and published, thereafter creating the world that I had lived fleetingly in the reader’s minds.

This year, with the pandemic-induced lockdown, all my travels stopped. My Canon 550D, sports shoes, and voice recorder adopted eternal resting positions. They were replaced by my phone, earphones, pen, notebook, and a steady Wi-Fi connection. There were stories waiting to be told, but with a slight change in plans—I could not go to where the stories were happening. I had to report from home.

Taking a step back from the ground

I remember the first such reporting I did from home. It was March, and I was with my parents in Jhansi, Uttar Pradesh, reporting about a community radio barely ten kilometres from our home. And yet, I was speaking telephonically to the listeners of the radio and reporters who curated the content.

I felt like a quack journalist—how could I write such a context-specific story without physically experiencing it? I looked at the final draft of the story. It met editorial standards, but as a reporter, I found something missing. I just could not put a finger on what it was.

Just then, I replayed one of the recorded telephonic interviews with a farmer near Jhansi who was an avid listener of the community radio. While speaking about his farm where he had begun practising agroforestry (triggered by a program he listened to on the radio), he said to me, “Didi you should come here sometime. Looking at my green farm, you will not believe this is drought-prone Bundelkhand!” he said. “You come, my family will make some chai for you.”

Chai. That’s what was missing. Not the milky, sweet, staple beverage in itself, but what came with it — the letting down of guards (mine and the interviewee’s), and an easing conversation, instead of a recorded interview. When I look at my on-ground reports from the pre-covid days, I believe that I got some of the best insights on an issue while sharing a cup of chai with the person I was conversing with.

It was in the middle of sipping chai that a teacher in Faridabad’s Pali village pulled his shirt up to show a huge scar running across his chest — a mark of an operation to remove a tumour which he believed was aggravated by intense stone crushing near his house.

It was during chai and parathas with homemade chutney in Haryana that Asha, an organic fruit grower, told me about the nests built by birds in her orchard’s trees. They offered her respite whenever people around her doubted her adoption of organic farming, which had not been yielding profits.

“These are also benefits and profits,” Asha said proudly. These were elements of conversations born out of open-ended, free-ranging interviews. Now, with reporting from home, there was no chai, we had to schedule time slots for speaking, and I drew limited insights from my respondents.

Instead, interviewees would tell me things that they believed I wanted to hear. In situations where I was reporting about a major policy loophole, they would use variations of “the situation is really bad for us” and “the government is not doing anything”, but when I pressed a bit deeper on these woes, they would be hesitant to answer why or how.

Scaling the walls in my stories

And why shouldn’t they be hesitant? Why would anyone who has never met me, cannot attest to my credibility, and now, cannot even see me, be willing to discuss some of the most difficult struggles of their life? Many times, the responses would feel somewhat rehearsed — possibly because of speaking about the same issue with many journalists.  They were surface-level answers, which were even a bit rhetorical.

My questions too were dry, and they lacked depth. While on-ground, I ask questions based on what I observe: why have you chosen to grow this variety of fruit on your farm? What birds visit this wetland in the middle of Greater Noida?

But, while reporting from home, I often found a wall propping up when I wanted to tell my stories.

I could scale some parts of this wall by asking seemingly random questions with which I could imagine myself in the context of my story, and understand more details about the person or community I was writing about. “I hear thunder behind you, is this a normal time in the year for rain?” “What will you do for the rest of the day today?” “Oh, you couldn’t answer my phone earlier because you were cooking? What did you make for your family?”

Creating a layer of democratisation in reporting

It took me a while to realise that breaking this deadlock didn’t really need me to physically cross over to the lives of those whose stories I wanted to tell. We could meet halfway. Instead of creating frames for photographs myself, I requested people I interviewed to send me images that could support their story, with due photo credits. Landscapes, crops, community meetings, memorandums, notices, and people flowed into my WhatsApp notifications, each one diligently sourced by those whom I had conversations with.

Some indelible images made their way when I was doing a story on Raota, a village on the Delhi-Haryana border. Here, about 1000 acres of farmland remain flooded for most of the year, preventing anything from growing. Such a peculiar case needed visual aid to tell their story, but I had none. This was until one of the farmers I spoke with sent me a drone video: an aerial shot of the entire village, most of it clearly submerged, resembling an endless lake. When I asked him if he had taken many such drone videos, he told me that the picture was actually shot on request by a wedding photographer who owned a drone upon our request!

Many such images taken by those directly impacted by an environmental issue came through — from coal mines in Chhattisgarh and tall trees of Thano Forest in Dehradun, to expressive protests against a railway line in Goa, and Stupas in chilly Ladakh. Chirag and Aarathi, my editors, rarely had to go through creative commons websites for photographs. These images were of the people and taken by the people; they added a democratised layer to reporting that I had not experienced before. Somehow, images taken by locals who were being affected by a development seemed to do much more justice than I ever could with my outsider lens. Afterall, it is the people who know their stories the best.

When I was looking for specific or contextual information about stories without going down on-ground, I found myself relying on regional journalists who also reported about important local issues in Hindi or other regional languages. They often formed the missing link in information, especially that which was told by the mainstream media. As journalists,  we must find ways to work together, pool our strengths, and develop honest, deep and compelling stories to tell.

Regardless of all the pros and cons that came with lockdown and social distancing, I cannot wait to get my hands dirty on the ground once again. The Canon has been idle for far too long. My feet are getting restless, and I have an itch to hear more stories over milky chai.

The calendar year 2021 ought to see a continued commitment to democratising reporting, increasing collaborations with regional journalists, and keeping people at the centre of our stories. As for the year that has passed, covering ground stories — albeit telephonically — transported me to the arid plains of Bundelkhand, the coal mines of Chhattisgarh, the frigid deserts of Ladakh, the Himalayas in Himachal Pradesh, evergreen Goan forests, pastoral communities in Odisha’s forests, the colours of Rajasthan, gushing streams in Maharashtra, and much much more. Not bad for a year wherein travel came to a complete standstill!

Featured image from “It’s Not Our Land to Give”: Tenancy and the Yamuna Floodplain Reservoir Project by Vaishnavi Rathore