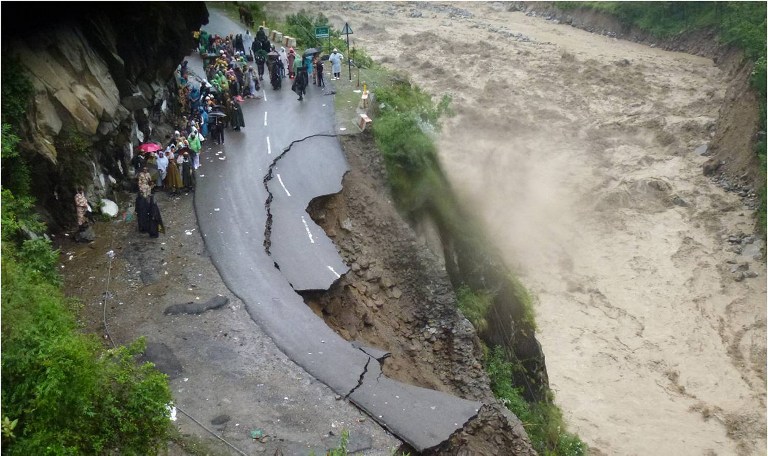 In spite of growing concerns raised by climate scientists regarding human-induced climate change, climate change skeptics continue to refute glaring evidence. The ramifications of climate change are either dismissed, or worse, ridiculed by leading politicians. Such disregard is often strategically linked with the increased exploitation (and degradation) of carbon sinks in the name of greater cash flow and ‘development’.

The concept of global warming was created by and for the Chinese in order to make U.S. manufacturing non-competitive.

Yet, as the concentration of carbon dioxide in the biosphere reaches record highs of 415 parts per million (ppm), it has become even more crucial to pay heed to the findings raised by climate change science. Rising global temperatures have already started altering natural landscapes, aggravating extreme climate-related events and disturbing trends across the world. The effects of climate-induced phenomena and natural disasters also definitively impact the movement of populations across the globe, creating a new category of ‘climate migrants’. Yet, in spite of the increasing vulnerability of climate migrants, their existence remains largely unrecognized by states and international bodies alike.

Who Gets Affected the Most?

The consequences of climate change impacts are unequally distributed, with the worst affected being countries in the Global South. Many of these countries are located in the severely disaster-prone areas of Asia and Africa (ironically considered to be low historical contributors in carbon footprint emissions). Climate change induced extreme weather—with unpredictable temperature and precipitation—also severely affects crop productivity and basic livelihood sustenance, deepening climatic economic inequality across the Global North and the Global South. Migration of people away from areas affected by climate change-induced disasters has become an increasingly visible method of surviving climatic extremes.

The International Organization for Migration (IOM), understands migration as ‘[t]he movement of a person or a group of persons, either across an international border, or within a State. It is a population movement, encompassing any kind of movement of people, whatever its length, composition and causes; it includes migration of refugees, displaced persons, economic migrants, and persons moving for other purposes, including family reunification.’

Within such an understanding it becomes difficult to identify a singular cause for movement (whether voluntary or involuntary). When the factor under scrutiny is ‘climate-induced’, this becomes all the more difficult. The category of a ‘climate refugee’ is not defined under international law, even though the United Nations High Commissioner for Refugees recognizes that climate-induced catastrophes can also aggravate existing conflicts. For example, extreme drought fuelled by climate change in both Syria and South Sudan has exacerbated their respective conflicts, leading to the widespread displacement of people within and across borders.

Thus, if the impacts of climate change interact with existing conflicts and social realities, then any understanding of climate displaced persons (CDPs) or climate migrants is invariably mired with those factors. For instance, even when people migrate citing reasons such as employability or education, markers of environmental degradation and climate vulnerability often play a crucial role in their movement.

Even though India’s carbon dioxide emission per capita is relatively low, it is still the third largest emitter of carbon dioxide, amounting to about 7% of the global emissions in 2017. The 2019 Lok Sabha elections mark the first time that climate change has become a part of the manifestos of the BJP and the INC. Yet, there has been very little discussion on the topic during the numerous rallies held by either party.

A look at the statistics reveals an urgent story: one that highlights the need for a streamlined and targeted intervention by the newly re-elected NDA government. According to the 2018 GRID report, India ranks as the fifth most disaster-affected country worldwide with about 1.3 million new displacements in 2017. Yet, climate change (and events related to it) are currently not factored as a key motivator, as per the census data analyzing migration in the country.

However, the warning signs are on the horizon. Big metropolitan cities like Mumbai, Kolkata, and Chennai, all part of the Low Elevation Coastal Zone (a coastline less than 10 meters above average sea level), are projected to witness a surge in population and informal settlements due to economic migration from rural areas. Such a scenario implies increased humanitarian exposure to disasters like floods, storms, and cyclones due to geographical, infrastructural, and socio-economic factors. Reports predict that the three cities along with Surat, will be among the top 20 cities globally impacted by the increase in annual flood losses between 2005 and 2050. New Delhi is already severely afflicted by toxic air pollutants, which have gradually forced people to leave the city, creating a new category of ‘pollution refugees’.  It is thus becoming increasingly vital to incorporate an environment-sensitive and ecologically sustainable development approach to expanding urbanization. A legal framework on incorporating energy-efficient codes in commercial building needs to be developed. Moreover, it’s equally important to bolster climate resilience while devising mitigation and adaptation strategies.

State barriers that prevent the smooth flow of internal migration only stand to worsen the scenario. For example, Article 19 of the Indian constitution recognizes the right of Indian citizens to move freely throughout the country. However, internal migrants face challenges due to the lack of inter-state portability of social benefits. Because of India’s asymmetric federal structure, access to many other rights is also restricted as state-level policies necessitate domicile status. In an interview with The Bastion, Preeta Dhar, an environmental lawyer, and Faculty at Srishti Institute of Art, Design and Technology, Bangalore, notes that “Policy design (in the Indian context) typically reinforces the tendency to account people to a static geographical identity. Identities are frequently ‘settled’ and made concrete, with repercussions on eligibility of benefits. Current institutions and frameworks need to be reworked to include an imagination of climate migration to respond effectively.”

For the already existing climate migrants, it is necessary to ensure that the areas of refuge are better equipped to provide them asylum and adequate resources. Currently, internal labor migrants comprise a significant part of the workforce, engaged in occupations like agriculture, construction, manufacturing, and working in quarries. A 2011 study suggests that the exclusion of internal labor migrants from various programs makes them more susceptible to many health hazards, including malaria, TB, and anemia among women. For climate migrants, displaced due to natural hazards or conditions of food scarcity, with many living in makeshift shelters, it is imperative to have basic health and food resources in place.

“Internationally, the Sustainable Development Goals have a focus on migration. The interrelated SDGs create an opportunity and mandate to think substantively of climate migration – in terms of climate change, inequality, sustainable cities. However, at the national policy level, these links have not been fully examined (e.g.: NITI Aayog, SDG Index 2018).” – Preeta Dhar

The intersection of climate change and migration also needs to be factored in development plans for the nation. After the development of the National Action Plan on Climate Change (NAPCC) in 2008, State Action Plans on Climate Change (SAPCC) were integrated to deal with climate impacts. Yet, as Dhar notes, there is a lack of concretized action plan in the state-wise domain due to “[a] lack of adequate data on climate impact and vulnerability assessment, no specific sectoral action and financial outlays and poor stakeholder consultation.” Having a robust and comprehensive internal displacement metric linked to climate change in place to monitor and assess trends and progress is the call of the hour.

Climate migration is a phenomenon that arises due to the adverse impacts of environmental degradation, which can be immediate and emergency-related (like disasters), or ongoing and gradual (like changes in land). There is a need to change the narrative around migrants as posing economic threats to ‘natives’, and instead view any influx in the larger chain of environmental collective action and responsibility. As Dhar notes, “it is important to highlight the secular and almost universal impact of climate change in framing climate migration issues (making a deliberate departure from a communal or national security language).” This can be made possible by sensitizing people about climate change and the way each individual can and needs to intervene to save our planet together. 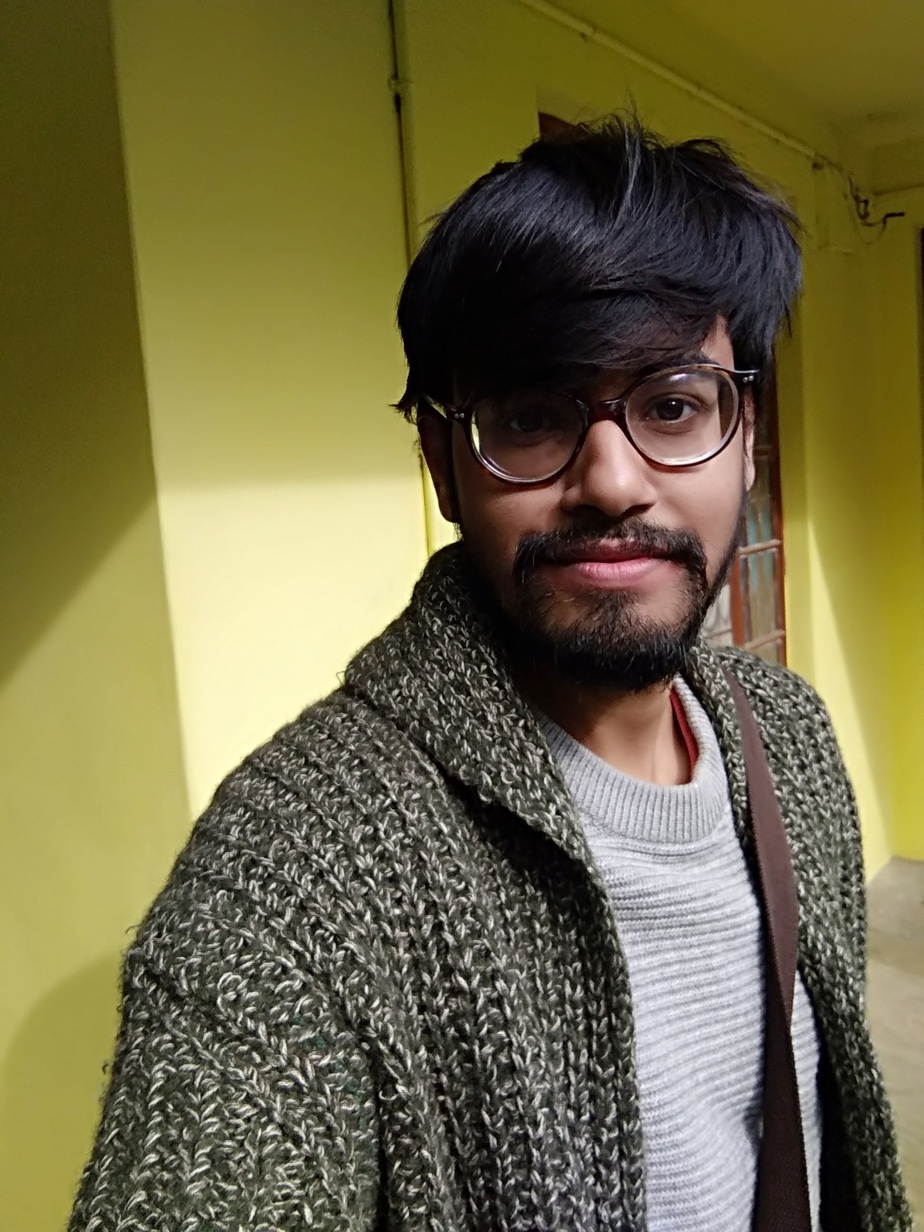