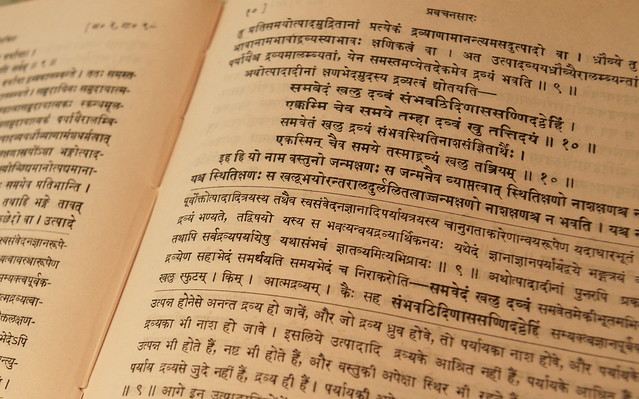 On the 31st of May 2019, the HRD Ministry released the revised draft National Education Policy (NEP). Within hours of its release, the ministry faced extreme backlash over the NEP’s proposed “three language policy” and was forced to amend it almost immediately. Owing to the din over Hindi imposition since then, the draft NEP’s proposal on classical languages went unnoticed. It advocates the incorporation of classical languages into mainstream education. Examples of developed countries who have invested similarly in supporting their own classical languages and literature were cited.

Read Also: Should the NEP Prescribe a Three Language Policy with Hindi?

The NEP “strongly recommends” that India’s languages, arts, and culture be given a “prominence that has been lost in recent years,” stating that the teaching of classical languages and literature in India will be made “widely available” in schools. This recommendation is inclusive of languages that have been given the ‘classical language tag’, such as Kannada, Telugu, Tamil, Malayalam, Odia, Prakrit, Persian, and Pali (P4.5.15).

Of Classical Languages and Liberal Arts

According to the Ministry of Culture, a language is deemed classical if it satisfies a four-point criteria. The criteria dictate that the language must have “high antiquity”, a recorded history of over “1500-2000” years, a body of ancient literary texts and have an original repository of its literary tradition that is not “borrowed” from any other speech community.

In addition to the classical languages mentioned, the NEP has proposed to bolster Sanskrit education across the country. It explains the role of Sanskrit as a “repository of knowledge” across fields, which gives it a prominent role in the Indian liberal arts. The NEP emphasises on the properties of Sanskrit that make it conducive in the renewal of the 64 kalas, or arts or skills people should learn in their lifetime. To do so, it seeks to integrate Sanskrit into subjects like math, history, and literature (P4.5.14).

The protection of literature in classical languages has been prioritized in the draft NEP to make them available to the “future citizens of a fully developed India”.

Read Also: The Paradox of Liberalising our Universities

Professor Mahesh Deokar, Head of the Pali Department at Pune University welcomes the move to keep classical languages in mind while planning for the future, especially in the current Indian context. “We live in a country where we are very sensitive about our languages but have no real sensitivity towards them. Many people in this country cannot even speak their mother tongue properly; knowledge of classical languages will only bolster their hold over their native language”.

Failing to keep such classical languages alive in academia would raise an impermeable wall: in tracing our history, we will hit a roadblock simply because texts beyond a point will simply be indecipherable.

Further, a renewed interest in these languages could induce an international engagement with kinds of literature that are indigenous to the subcontinent. This can only be beneficial to the survival of the language and an eased dissemination of the “repositories” of knowledge they possess. More importantly, according to Deokar, this could also potentially allow for Indian scholars to take after the pedagogical and research ideologies that international academics work by. “Classical languages especially like Prakrit, Sanskrit and Pali are often studied together in Indology courses abroad; this is a more sustained way of studying and hopefully, with the right implementation, this can be emulated in India as well.” Pali, for example, is a pan-Asian language and is studied in countries like Burma, Thailand, and Sri Lanka, the latter recognized as an established center for Buddhist and Pali studies. Even Prakrit has a wider scholarship abroad because of its Jain and Buddhist roots.

In a panel discussion organised by Tejasvi Surya, the BJP MP for Bangalore South, on the 17th of June 2019, Dr M.K. Sridhar, a member of the NEP’s drafting committee, described the document as a measure to “decolonize” India.

“What we’re trying to do in this policy… is to demolish that colonial culture, that colonial heritage… and we are actually trying to say, trying to bring out, what is real Indian, what is real ‘Bharatiya’… that spirit, we are trying to bring in… We have not used the word ‘colonial’ in the document, neither have we used ‘Bharatiya’. Using the word, using the language is not the important thing. What is the essence of that, what is the spirit of that, that is very, very important.”

While the NEP’s recommendation for the inclusion of classical languages is definitely a win for the humanities, it cannot be viewed in isolation: to attach such a sentiment of “decolonization” to the NEP is a dangerous mandate. Viewed through this nationalist lens, the NEP reads as a document that loses itself reminiscing a ‘pre-colonial’ India. Such a reading can be damning, as it both glorifies the past and uses historical education to instil a curated nationalism. The same sentiment was evident in the Raj’s colonial project in India: the Indian education system was used as a medium to glorify and “protect” English culture. As a result, the NEP mimics the same colonial framework it has tried to avoid.  According to Deokar, if the inclusion of these languages is intended to encourage religious or nationalist feelings, then there is little use for the recommendation.

“Mere glorification of the past will not allow for the academic rigour necessary to sustain these languages. Only an objective and scholarly approach that is removed from this ‘decolonization’ debate will truly help the classical languages,” says Deokar.

If implemented carefully, this focus on classical languages in the revised NEP can develop rigorous academic research that ensures these languages stay alive. While the extent of realising a ‘decolonization’ through classical languages seems unclear, this renewed focus is a welcome suggestion that has plenty of potential to build towards.