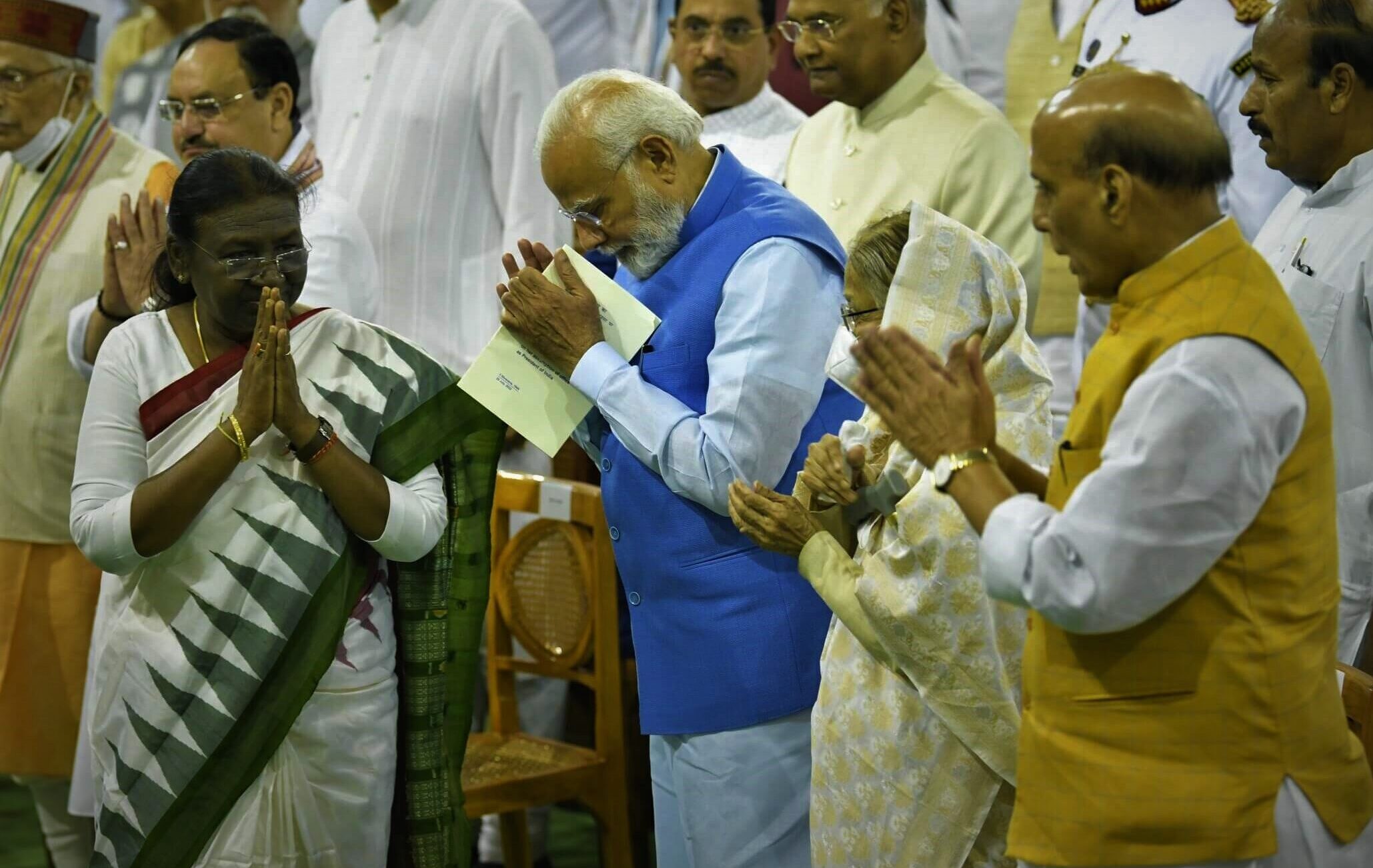 On July 25th 2022, Droupadi Murmu was sworn in as the 15th President of India. This is historic: President Murmu is the first tribal person and the second woman to ever hold the post. Though there is debate about whether they are titular, the President has wide-ranging powers under the Constitution. One among these has come to the fore recently: the President’s legislative power to promulgate ordinances under Article 123. It has received topical attention in relation to particular ordinances, such as the farm laws and the reorganisation of Jammu and Kashmir. However, it is rarely examined systematically in public discourse, with Dr D.C. Wadhwa and Dr Shubhankar Dam’s scholarly works being important exceptions.

The force, frequency, and scope of ordinances make them relevant to studies of policy and development in India. Presidential ordinances are legislative mechanisms which have the same “force and effect” as Acts of Parliament. They can be promulgated by the President at any time except when both Houses of Parliament are in session. The President must be satisfied—on the advice of the Council of Ministers—that the prevailing circumstances require him to take “immediate action”. Ordinances must be tabled before both Houses of Parliament after reassembly, and cease to operate six weeks after such date.

Government statistics show that an average of 10.2 ordinances have been promulgated each year since 1950. Further, they have been promulgated on a broad range of matters. In 2021, for instance, they dealt variously with air quality management, healthcare bodies, insolvency and bankruptcy, tribunal reforms, narcotic drugs and psychotropic substances, and other matters. This showcases their importance as a legislative mechanism.

The President’s power to promulgate ordinances under Article 123 may be analysed from two distinct angles. The Constitutional and legal aspect raises interesting theoretical questions about institutional design. It has been examined in cases such as D.C. Wadhwa v. State of Bihar wherein the Supreme Court struck down the Governor’s re-promulgation of ordinances to be Constitutionally invalid. In particular, a legal standpoint allows us to observe the relationship between the President and the Council of Ministers, and the extent of the President’s powers.

On the other hand, the empirical aspect of how the power has been used over time is comparatively less studied and may yield revealing insights. Analysing ordinances using data and a historical perspective allows for a comparison between the intent behind Article 123 and its actual use over time.

The intent underlying Article 123 may be gauged through the debates of its framers, that is, the Constituent Assembly. While intent is not necessarily considered definitive in legal theory, it may nevertheless be educative. Draft Article 102, which became Article 123 in the Constitution, was debated in the Assembly in May 1949. The thrust of members’ concerns centred around safeguards to limit the President’s extraordinary power to promulgate ordinances. Members proposed amendments suggesting various methods of restriction, such as including express clauses to protect liberty, or allowing promulgation only when both Houses were not in session. In rebuttal to these concerns, it was argued that the Draft Article incorporated sufficient safeguards against the concerns raised, particularly when read with other parts of the Constitution, such as the Fundamental Rights provisions, Article 75, and Article 85.

In the course of these Constituent Assembly debates, it was reiterated that the primary purpose behind the inclusion of such a power was to enable the executive to deal with emergency situations when the legislature was not in session. In such situations, as Dr BR Ambedkar argued, “The emergency must be dealt with, and it seems that the only solution is to confer upon the President the power to promulgate a law which will enable the executive to deal with that particular situation because it cannot resort to the ordinary process of law”.

There were differences of opinion on how that power should be limited, but there was little disagreement on the fundamental premise that such a power should be a limited one. Ordinances were intended to be restricted measures for extraordinary circumstances.

The Empirical Realities of Ordinances

Another data point, which Dr Dam draws attention to, is the proportion of ordinances to Bills passed in a year. From 1952 to 2021, a total of 3936 Bills were passed by Parliament, in comparison to 714 ordinances promulgated by the President. Ordinances thus accounted for approximately 15% of the total legislation during the entire period. This is not an insignificant number for an emergency legislative mechanism.

This statistic indicates that approximately 15% of legislation since 1952 was made citing “immediate” circumstances, and was not subject to Parliamentary oversight at the time that it came into effect.

When these ordinances were later tabled before Parliament, not all were passed as Acts.

As per Lok Sabha data, over 23% of ordinances did not go on to become Acts between 1950-2014 (though, here, the variation between decades was more significant). There could be several reasons for this, such as a lapse of the ordinance before it was put to vote in Parliament. Yet, these numbers may give some indication of whether ordinances were supported by Parliamentary confidence.

In 1947, G.V. Mavalankar, the first Speaker of the Lok Sabha, expressed concerns that ordinances could become a means to pass “inconvenient legislation”. To be sure, these statistics do not provide any conclusive answers that this is, in fact, the case. However, they may raise questions about how the practice of promulgating ordinances compares with the visions of Constituent Assembly members.

While the President’s power under Article 123 was intended as a restricted means for the executive to manage emergency situations, empirical data suggests that ordinances are not rare. They merit not only further historical study, but also greater public scrutiny in the present. India’s 15th President, Droupadi Murmu, has had a long career in public service. As Senior Advocate Menaka Guruswamy notes, Mrs Murmu demonstrated in her career as Governor that the post is not a “simple rubber stamp”. She returned two Bills to the Jharkhand legislature when they were met with protests by tribal communities. As President, she will have analogous powers. The way in which she deals with ordinances will be an important aspect of her tenure as President.