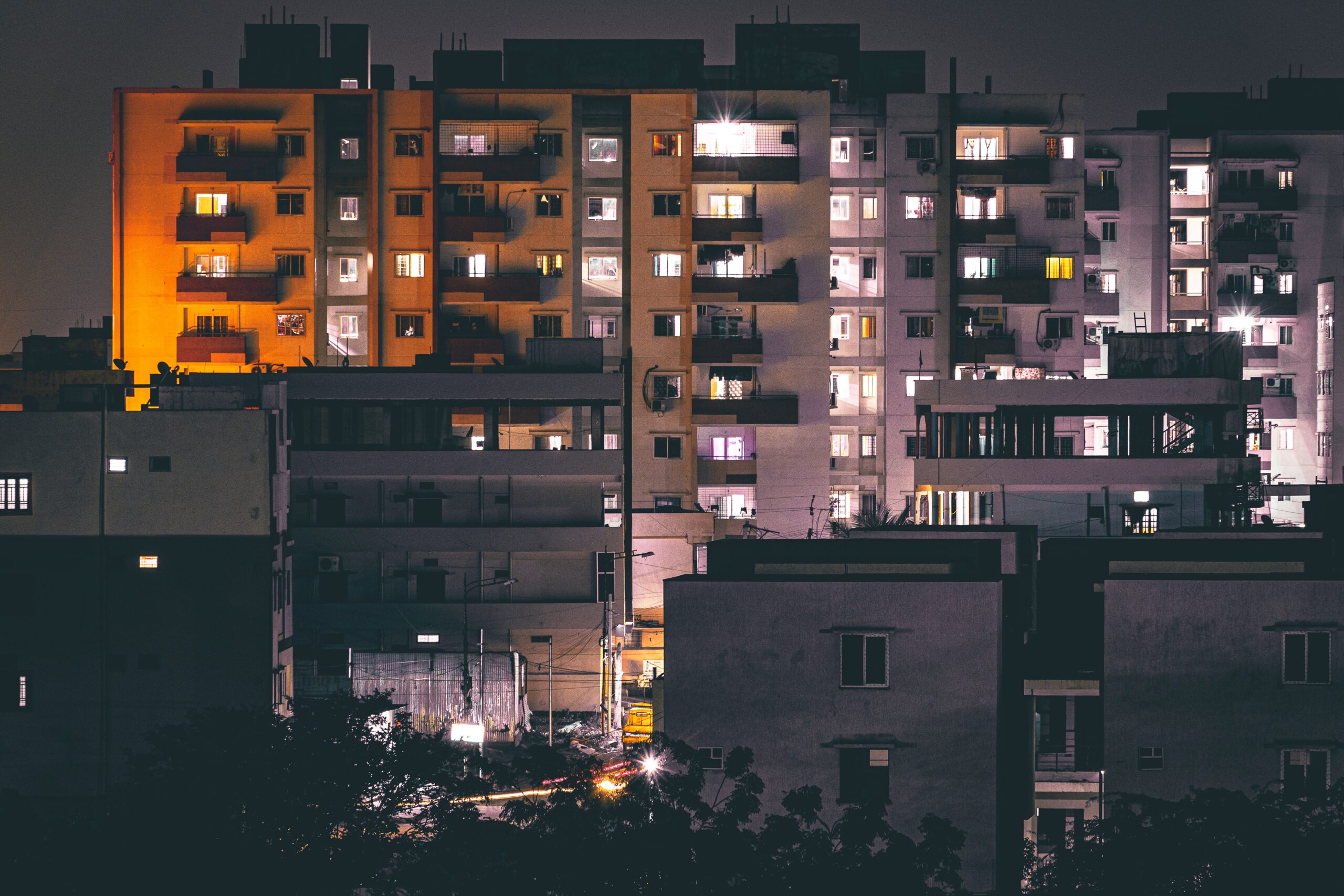 There are a few characteristics becoming increasingly common across Indian cities. A deluge of a couple of hours can end up flooding a city. Huge mountains of waste line the outskirts of every settlement. The air is toxic throughout most of the year, while groundwater levels continue to plummet. Many cities now resemble concrete jungles with green habitats losing their existence. Life for the average city dweller is harried and chaotic.

But does this abysmal state of civic amenities have anything to do with residential welfare associations, popularly known as RWAs? One believes there is, even though the link at best appears tenuous.

A residential welfare association is a registered non-government body intended to promote the welfare of residents within a localised residential area. Every RWA, including one made up of residents of illegal colonies, will have a legal structure and bylaws. More importantly, an individual RWA has a direct reach to citizens of a city, ranging from a couple of thousand of residents, to sometimes even tens of thousands. This suggests that area based collaborations between RWAs and governance authorities could bring much-needed change on key urban development issues plaguing specific localities.

#Delhi is in a high water stressed zone. Should not hesitate to pass a law for mandatory #Rainwater #harvesting at RWAs like that of #Chennai. Its high time to ACT as the dry summers are coming! @ArvindKejriwal @msisodia https://t.co/5rBUx9cGgh

That is where the similarity among RWAs ends though. The mode of functioning of each RWA, both in letter and spirit, can vary significantly, eventually impacting the quality and strength of urban governance in the long run too. The question before both the residents of housing societies managed by RWAs and policymakers themselves is, how and can the RWAs be made accountable and cognizant of civic responsibilities?

To answer that though, we first need to understand some aspects of how RWAs function in India at large.

A Peek Behind the Doors of RWAs

Most RWAs operating in the country are registered under their specific State Societies Act. As pointed out by Pramod Minocha, the President of GREFA, an informal association of RWAs in Greater Faridabad, in Haryana most RWAs are registered under the Haryana Societies Registration Act, 2012, with the District Registrar of Societies directly presiding over all the RWAs within the district. In Mumbai, Cassandra Nazareth, former secretary of her locality’s RWA, tells me that the “Maharashtra Housing Board issues a set of guidelines which each housing society adopts in their bylaws.” In Kolkata, the West Bengal Government Apartments Act was cited by a respondent as the regulating legislation.

Regardless of the different regulatory structures in place though, one factor was evident in my extensive interviews with more than 12 respondents across the country, most of whom were past and present RWA members. It was that RWAs were normally left to self-govern, subject to some perfunctory compliances related to elections, meetings, and the submission of audited annual accounts. Except for a visible effort by the Delhi Government to reach out to RWAs under the Bhagidhari scheme, there were few overtures by district administrations across the country to involve the RWAs in the functioning of municipal bodies. None of the respondents mentioned any kind of formal system whereby the local district administration sought to involve the RWAs in civic governance.

Some informal interfaces did however happen, that too, only between “zealous corporators and active residents,” says Shilpashree Jaganathan, who is actively involved with RWAs in both Bengaluru and Mumbai. Jaganathan adds that while there may be sporadic instances where the district administration “calls for a meeting of the RWAs to give advisories and information, no system of reverse feedback is there.”

Clearly, a formal involvement of RWAs within the civic operations of district administrations seems to be missing in all the metro cities. Given the respondents’ statements, RWAs themselves did not appear to be interfacing actively with civic bodies except in limited cases related to the specific concerns of a Housing Society.

A possible reason for this could be due to the inefficiencies of the RWAs themselves. Although they are ostensibly supposed to function as resident welfare bodies, due to their own internal responsibilities, they are hardly in a position to voice citizens’s concerns on crumbling civic infrastructure. The biggest concern for most RWAs, as one functionary of an RWA in Chennai remarked, is “the regular collection of maintenance amount from residents. Outstanding dues can run up to lakhs especially among those who own flats but do not reside there.” At large, most RWAs are unable to go beyond addressing the daily common internal issues within the society such as parking, society dues, maintenance tasks, vendor permissions, security, and waste management.

With these housing-level problems taking centre stage, it’s no wonder that RWAs seem to be largely missing from urban governance paradigms.

So, What Exactly Do RWAs Do Then?

The inability of RWAs to effectively represent urban denizens’ voices leads to a huge void in the participation of urban communities in matters relating to civic amenities and governance.

For example, the Community Participation Law (CPL) was introduced as a mandatory reform under the Jawaharlal Nehru National Urban Renewal Mission (JNNURM). The CPL intended to institutionalise citizen participation in urban governance by introducing the concept of Area Sabhas (consisting of all registered voters of a polling booth). These Area Sabhas in turn would then duly elect an Area Sabha Representative as part of the Ward Committee headed by the Ward Corporator /Councillor.

For most of my respondents, RWAs have been unable to garner the active participation of residents to capitalise on this opportunity. As Dr Subir Das, one of the denizens in Greater Noida mentioned, “There is an absolute lack of participatory governance in the affairs of the RWA.” A response from the past president of an RWA in Meerut said that “elections in his society have not been held for years, with members nominated by rotation”. One respondent even called them, “moral policing bodies,” since their focus was more on background marital and religious checks of residents than on the basic state of amenities in the society.

Overall, as Anurodh Sharma, President of one of Faridabad’s prominent RWAs, “much of the bandwidth of the RWA gets expended in meeting district administrative decreed compliances, or balancing squabbles between various pro or anti-establishment groups within the Society.”

This absence of organised bodies that can effectively take on civic issues in a sustained manner is one of the reasons why there are so few pressure groups within urban communities raising matters relating to drainage, sewage, waste disposal, safety, pollution, green cover, and so on. This also reduces the space for the emergence of grass-roots citizen representatives that could have actively engaged with municipal bodies on setting development priorities.

Mobilising RWAs for the Future

One of the legislative solutions proposed by Akhilesh Chaurasia, a RWA functionary in Chennai, is to implement “a standard template for RWA bylaws across the country, where they are given clear responsibilities and funding for ensuring compulsory segregation of waste, water harvesting, and solar lighting within their respective societies.” A case in point is the notification of the Solid Waste Management Rules (2016) wherein even the RWAs have been mandated to ensure waste segregation at source. This kind of integrated responsibility can help boost RWA-government interaction and engagement beyond its current state.

To highlight the gaps in RWAs as a pressure group, we conducted an extensive literature search on RWAs to see if they had in any way influenced urban communities in taking a more involved role in civic governance. Between 2009 and 2019, we came across only 35 newspaper articles in English that explicitly mentioned residential welfare associations as the main subject of interest. The maximum number of articles on the subject was only six in one year, with some years just having one RWA related article published at all.

Strangely enough, we found that the bulk of these few articles were from Economic Times, The Indian Express, and at times, DNA. Although our focus was on English publications, even within that, the maximum RWA related coverage came from New Delhi, with some smattering of reports from cities like Noida, Bangalore, Gurugram, Chandigarh, and Panchkula.

Almost half of these articles were related to news about authorities giving directives to RWAs for better functioning, or funding the maintenance of parks and sewage plants. Neither mainstream newspapers nor new age web-based publications mentioned any stories that suggested using the RWAs as possible entities to influence urban governance even within local limited geographical areas. There were few articles that talked about extending the scope of functioning of RWAs or giving them more powers.  There was absolutely no coverage on the issues that characterised the functioning of RWAs or on concerns of citizens within a particular RWA.

This is symptomatic of systematic neglect of the RWAs as possible interest groups in taking up issues of civic importance even in the context of specific localised geographical areas. The ones that do manage to discharge some semblance of civic responsibility are only because of the sheer persistence of some environmentally conscious citizens and members of the RWA.

Given the rapidly deteriorating situation of civic facilities in cities, policymakers, urban planning experts need to take a fresh look at how and where RWAs can be roped in to improve common civic amenities. This, however, requires authorities to bring in some minimum policy interventions and reporting requirements that improve accountability, transparency, and governance within these RWAs so that they are more representative of their own residents’ concerns. When that happens, the likelihood of grassroots organisation around a single civic issue is more likely—this will only benefit the state of urban infrastructure in the future.

Further, a common minimum reporting matrix for all RWAs—potentially devised by the Ministry of Urban Development after due consultation with RWAs and civic bodies—on specific metrics related to safety, air and water pollution, waste management, rainwater harvesting, greening, and health screenings is another solution. Such a matrix is likely to improve networking among RWAs, and between RWAs with municipal corporations and other civic service organisations since these cannot be accomplished without focused collaborations. This will in turn provide opportunities and improve intent for an average resident to discharge their civic duties.

The move to improve governance in companies brought in the concept of corporate governance. A similar policy intervention awaits accountable governance at the very local level in urban areas through the medium of RWAs. This in due course will clearly illustrate the effectiveness of the link between RWA performance and improvement in civic governance.

Editor’s note: Background research for this particular article was done by Ayushi Samaddar, a Master’s student at the Madras School of Economics. | Featured image courtesy of Udayaditya Barua on Unsplash.