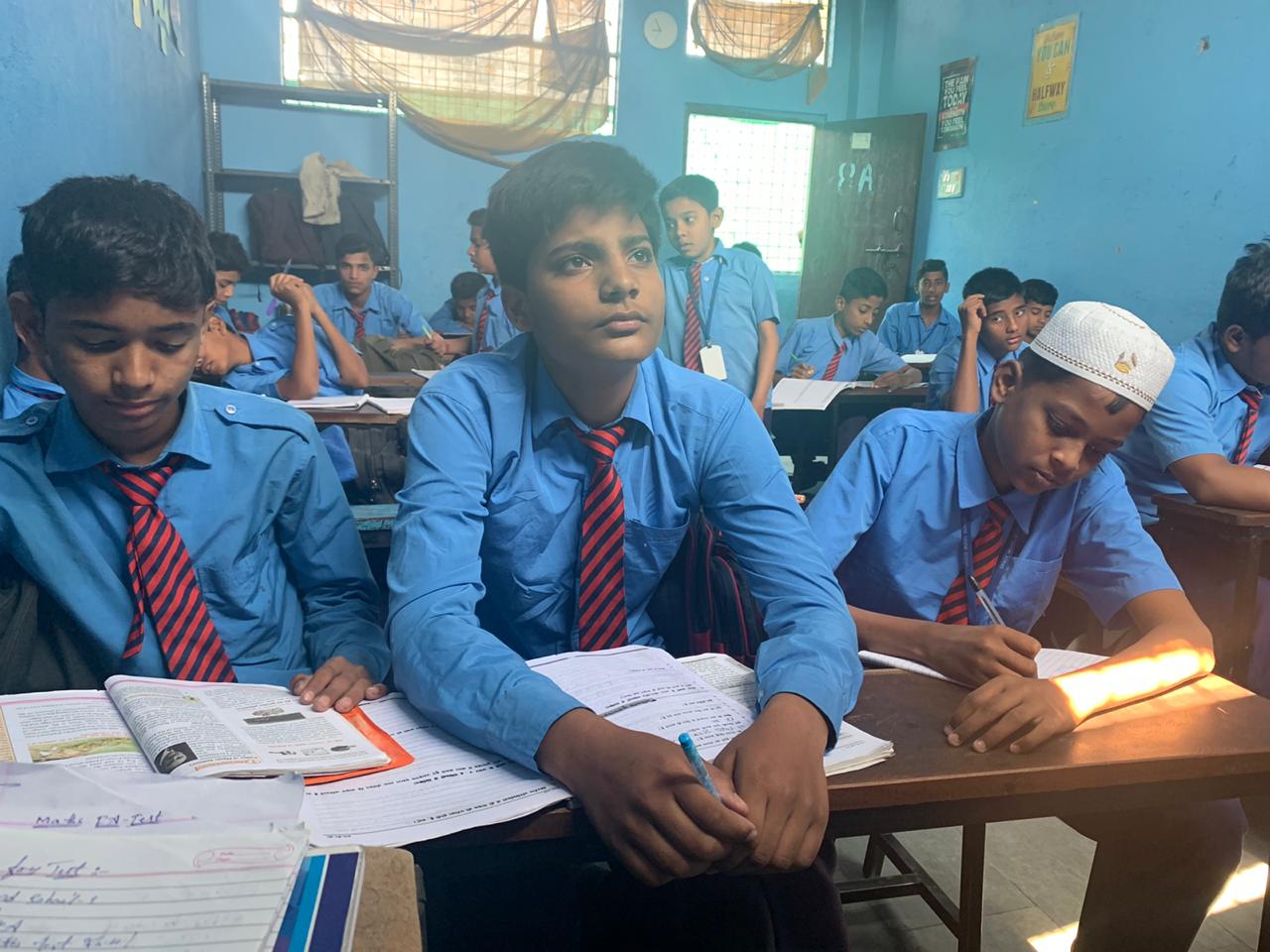 The State Council of Educational Research and Training (SCERT) is the governing body of primary and secondary education in the state of Telangana. Although textbooks developed by the SCERT have been ‘upgraded’ recently to align more with those issued by the CBSE, the  SCERT has been consistently declining proposals to bring major changes to the overall framework of its textbooks since the last update in 2011. While there have been minor changes in concepts and information in the textbooks, a new framework document will have to be published soon, as it is mandatory to update it every decade. What are the different changes the Board should be looking at? The goals of the 2011 SCERT curriculum framework right now are quite ambitious, yet are they realistic enough to bring about changes in the state’s education system and outcomes?

An Education For an Exam

The vision for state education in Telangana, last set in stone in 2011, has been for all children to achieve a ‘high quality education’ and grow up to be responsible citizens. After almost a decade though, this vision still seems elusive. Schools have been envisioned to become places that promote reflection, cooperation, ethical values, and a myriad of other values and skills. Yet, the vision and curriculum framework that was developed in 2011, in an undivided Andhra Pradesh, remains unchanged after almost a decade!

After going through government resources, it’s clear that the SCERT has tried to design the curriculum based on the need for a subject: it has tried to justify why certain topics have been included and what their purpose might be. It remains generic in its outlook and tries to generalize the vision of education through the eyes of a single category of students. Therefore, ‘important’ subjects are designed and justified keeping in mind the abilities of high-performing students, waylaying the interests of those who simply aren’t able to keep up.

For example, the SCERT states that to complement the innate abilities of a child in mathematics such as “classification, analysis, matching, students should be introduced to math with the concepts of numbers and space- more/less, near/far…”. This is the general outlook for Mathematics in the state, and is fairly problem-free. Yet, the document fails to explain how or why the rigor of the Mathematics textbook jumps so significantly from grade 7 to 8. Given that the highest failure rates in state board exams are in subjects like Maths and Science, the lack of engagement with this issue in the literal content of the syllabus is noticeable.

Now, a “practical purpose” is used in the documents to justify the rigorous scientific curriculum, but, there is a clear mismatch between the supposed learning outcomes and the actual intended outcomes. Most teachers I interviewed explained that in reality, the curriculum for Mathematics had been designed to help students succeed in Telangana’s EAMCET (Engineering Agricultural and Medical Common Entrance Test). And so, a textbook supposed to help students understand concepts better in order to solve real-life problems, ends up prioritizing clearing an entrance test instead.

One Step Behind: The Humanities and Social Sciences

On the other hand, the rigor of subjects like English, other languages, and Social Studies remains quite low, creating a disparity between certain types of subjects as well.

The SCERT has also provided a detailed explanation about the purpose and goals of teaching in the state. In the position paper on English the SCERT states, “there is a growing need for quality English education right from class 1, which should be met with by adopting new methods and materials. English should find its place along with other languages in the classroom.” Yet, while a lot of value-based information has been inculcated in the syllabus to achieve some feasible learning outcomes, the SCERT overestimates what can be achieved through the textbook, making the set goals seem rather unrealistic.

You May Also Like: Trapped! What’s Putting a Glass Ceiling on Students in India’s Classrooms?

For example, in 2011 the SCERT suggested that “Students will deliver speeches and compeer, participate in drama, skit, role play, write emails, reading a variety of texts such as fiction, fairy tales,…” which do not relate to the designed textbooks. Yet, the Grade 8 English textbook does not mention either compering or debate-related exercises at all! This pattern repeats across most chapters. To make matters worse, even if these exercises had been included, executing them would be difficult given the strained resources and infrastructure available in schools, as well as limited teaching time.

Furthermore, the same curriculum document says that “English teaching needs to be freed from the shackles of mechanical drills, meaningless exercises, and rote memorization of questions and answers; and blossom in a print-rich environment, where children are given comprehensible input, and where the classroom processes and materials mimic the natural language acquisition situation.” Yet, these books are structured just like any other subject textbooks. At the end of all chapters, there is the familiar ‘Answer the following‘ exercise, which follows a ‘question-answer’ format, that is given most importance by the teachers. Writing these questions and answers down is necessary, and in my experience, it is these ‘notes’ that are checked even when government officers visit the school for inspection. What happened to actually practicing the ‘creative learning framework’ for English suggested by the Board?

Where Does It All Go Wrong?

The curriculum document similarly mentions that children should be allowed to express themselves, and that students should value learning instead of just their grades, but the system that created this pattern among students remains unchanged. In my experience, the conventional pattern of memorizing answers remains the focus of each test, and how teachers treat students depends on their grades. This is because the teacher needs to justify the students’ grades to the headmaster, who in turn needs to justify them to the District Education Officer’s office.

So, for teachers, the focus seems to be on simply churning the information out. That’s not to say that they’re happy with this state of affairs, though. As Sirisha, a teacher in a private school in Hyderabad said, “I have 24 chapters to complete in Social Studies. Given the number of holidays in the year, it is impossible to teach all of the lessons comprehensively. So, a lot of the time, I just end up giving notes for some of the chapters.”

Teachers are often forced to rush through the syllabus and therefore fail to cater to the needs of children who need more help than others. They are forced to focus on deadlines and submission dates, conduct tests, and mechanically teach to complete the syllabus. Sanhiti, a TFI fellow working in a government school said, “There are tests happening almost every month. Sometimes, I feel that the students are directed to learn only keeping the tests in mind. That makes me feel as though the year passes in routine tasks like checking notebooks, or revising for tests, when the focus should be on learning that can be applied in real life.”

This system has direct implications on all students, yet especially affects those who require more assistance in school. Interestingly, while the SCERT mentions in the curriculum vision that teachers should make specially-abled students feel included, it fails to say how! All of this lacklustre commitment towards special needs only highlights the fact that as of now, there is no particular state policy in Telangana to include specially-abled children in regular schools. While the NEP is supposed to ensure special needs teachers are appointed in schools, and also that regular teachers are trained to include and guide specially-abled children, none of this has happened in Telangana.

It all seems like a never-ending cycle! How can we improve real learning outcomes and create an enduring understanding of topics for students rather than just aim to do so on paper? What seems to be missing in the curriculum framework are the stakeholders themselves. The policy needs to be designed keeping in mind the different needs and issues of students and teachers.

Because of this, there is also a wide gap between the framework and the actual textbook. The SCERT has at various steps failed to take into account real-life classrooms, where it has been observed that especially in secondary classes, very few students are able to comprehend concepts in maths and science, both crucial subjects for their futures. So, in spite of the fact that the framework mentions the innate abilities of children, in practice, it fails to align textbook material to actually help develop cognitive milestones.

You May Also Like: (Don’t) Get Smart: 5 Ways to Make Our Education Policies Smarter

Additionally, despite several proposals to implement structural curriculum reforms, the SCERT has failed to include important updated topics like road safety, or cybersecurity. While some additions have been made to the Grade 3 syllabus regarding road and fire safety, it is nowhere to be seen in secondary grades where road safety training is much needed. Road accidents have always been high in Telangana with 20,325 accidents taking place in 2019 in the city of Hyderabad alone, so educating students on these contextualised aspects of life in the state is increasingly imperative.

The Telangana SCERT could change this scenario, with the help of teachers, educational researchers, and most importantly students! A first step could be welcoming changes to include much-needed topics like road safety, student well-being, and life skills in the curriculum. This, in turn, could lead to incremental changes that may slowly transform the education system in the state of Telangana, as has been the case in Delhi. This vision may take years to come alive, but it would bring every child closer to holistic development through an excellent education.