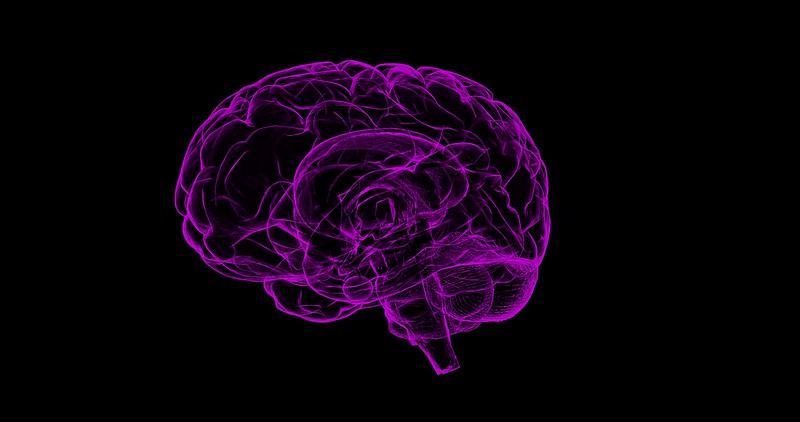 This is the second article in a two-part series by Aparna Ramanujam on how incorporating findings from developmental neuroscience into Indian education policies can help improve students’ performances in the education system. Click here to read part one.

As the first part of this series noted, recent Indian education policies have almost exclusively focused on improving the national economy, and have thus only viewed students as human capital whose outputs can improve economic productivity. This approach has reduced the purpose of schools to solely produce great learning outcomes, but evidently, it hasn’t worked. Indian students are far behind their international counterparts on almost every measure of academic success. Why have we failed?

Science tells us that learning is not a one-dimensional activity. Neuroscience research reveals that consistent practice enables neurons (brain cells) to form new connections, strengthen existing ones and transmit information much faster – a phenomenon known as neuroplasticity. To facilitate neuroplasticity, children need exposure to a variety of different activities, which allow the development of skills like executive function and self-regulation, among others. Children who have developed these skills (at appropriate ages) are able to exercise them at will, which allows them to not only learn efficiently, but also reflect on their behavior, direct their own learning, and interact socially.

What are Executive Functions and How Do they Impact Education?

Executive functions and self-regulation skills are a complex group of mental processes that help us to plan in advance, remember and follow instructions, multitask, resist harmful influences and impulses and set long-term goals (among others). They enable us to make healthy choices for ourselves, plan for the future pragmatically and reduce rash decision-making. Executive function and self-regulation largely depend on 3 types of brain activity: Working Memory, Inhibitory Control, and Mental Flexibility.

But why do these functions matter?

Executive functions underpin nearly every measure of human success such as healthy eating, work ethic and job success, self-control, and good social relationships, all of which contribute to economic productivity.

Clearly, children with great executive functions grow up to become valuable (and productive) members of society. However, these skills are not innate – children develop these skills as they grow, if they are exposed to ideal educational experiences.

So how do we develop these skills in our students? How can our policies facilitate this development, given that they currently view learning from only one dimension: economic productivity? Here are five policy recommendations related to our executive functions that can be incorporated into our education policies to the betterment of India’s students.

Schools in India allot two periods–roughly 80 minutes–of physical education for each student per week. Even assuming these 80 minutes involve strenuous exercise (a gross overestimation of the actual state of affairs), this is nowhere near sufficient for the developing brain. Studies show that regular physical activity significantly increases executive function – and what’s more, it is also correlated with better memory and longer attention spans. So, children between 5-17 years of age are recommended to get at least 60 minutes of moderate to vigorous activity per day.

The development of initiatives like Khelo India appear to fulfil these recommendations, but in reality, the initiative only discusses fitness evaluation tools – there is no mention of a specific strategy to increase physical well-being in school-going children.

Recommendation: Increase the number of physical education periods, from 1 hour per week to 1 hour per day, and ensure that these lessons are taken seriously by the school administration.

School is an important site of social interaction for every child – this is where we learn what practices, opinions and speech patterns are acceptable to our peers, and use that information to modify our behavior. Social interaction teaches us to inhibit inappropriate responses, thus enabling self-control.

Adolescent brains give special importance to peers (which explains why teenagers care a lot about their social standing). They are also extra-sensitive to rewards and have very poor risk-evaluation skills, since those brain regions begin to develop when children reach puberty. As a result, adolescents are very likely to take bizarre risks without thinking through the consequences, especially when they stand to lose their peers’ respect. Studies show that teenagers who are excluded by their peers are much more likely to make reckless decisions that threaten their progress (academic or otherwise). Conversely, students who are in positive peer-to-peer relationships are less likely to make rash decisions.

Recommendation: Mandate multiple systems of collaborative peer-relationships in school houses, extracurricular groups, interest/hobby teams, inter-class partnerships, buddy-pairs, or mentorship groups, to ensure that each student is a part of some group/cohort where they feel like they belong. Regularly evaluate student social interaction (how students feel in their social circles).

One of the greatest predictors of long-term success in any domain is intrinsic motivation–that is, when the reward for doing an activity is the activity itself–which improves aspects of executive function. Our education system, however, is almost entirely based on extrinsic motivation, like exam grades, student awards for performance, and monetary incentives for exemplary academic achievement (for both students and teachers). A meta-analysis published as early as 2001 revealed that rewards reduce intrinsic motivation: students who were used to receiving external rewards for achievement gave up activities once their rewards were stopped.

You May Also Like: Change-makers in the Classroom: Centring Students in Educational Institutes

Conversely, another intervention found a way to increase intrinsic motivation in students. With a view to develop long-term reading habits in elementary school children, students received literature-related rewards (such as a bookmark or another similar book) when they finished reading one novel. Although these rewards were slow to generate student interest, they were very successful in developing a long-term reading habit.

Recommendation: Provide rewards that are related to the activity itself. For example, a reward for completing a challenging math problem is a Sudoku book, or a chance to create a challenging problem for others to solve. Avoid rewarding achievement with unrelated treats.

Many school stakeholders labor under “learning traps” – they label a student ‘smart’ or ‘stupid’ within their first few weeks, an impression that hardly changes over the course of the child’s education. In a revolutionary study, researchers informed new teachers about ‘smart’ and ‘unintelligent’ students in a classroom, before the teacher formed those opinions for themselves. Unknown to the teachers, researchers tagged several low-achieving students as ‘smart’ and several high-achieving students as ‘unintelligent’.

Incredibly, the study’s findings revealed that teachers observed great academic learning outcomes in the students they believed to be ‘smart’.

Students who were initially academically unsuccessful saw large improvements in their scores, and teachers were more likely to encourage and support the students they had been told were exceptional. Simply put, students are far more likely to succeed when their teacher believes them to be capable of academic success. Additional research reveals that student mindset reveals that students show greater academic growth when they subscribe to the Growth Mindset (the belief that intelligence is fluid.)

Classroom interventions where students are taught to translate fixed mindset statements into growth mindset ones–from “I can’t do this!” to “I can’t do this right now, but I’ll get better if I keep practicing”–have even been shown to counteract the effects of poverty on academic outcomes!

Recommendation: Teach students about the Growth Mindset. Train teachers on effective communication and encouragement for students, and to recognize and reduce their student biases regularly.

Over the last decade, several scientists have begun exploring how curiosity affects learning. Studies show that when we are curious about something, anticipating the answer engenders positive feelings in us and activates the reward circuit in our brain. More importantly, we are far more likely to remember something when we are curious about it. In a recent study conducted by the Center for Effective Global Action across 4 countries and nearly 17,000 students, findings revealed that elementary-school students scored higher in math and science when they explored questions, as opposed to students who listened to lectures or passively copied down notes. These students also developed greater intrinsic motivation, and displayed more enthusiasm and ownership over their learning.

Recommendation: Plan and conduct inquiry-based lessons that are driven largely by student curiosity, particularly in math and science, and involve minimal passive-listening and note-copying.

For too many years, schools and education policies have ignored holistic human development in favor of economic productivity, failing to realize that well-rounded, competent and skilled children grow up to become well-rounded, competent and skilled adults. Scientific research has supported this view for more than half a century, and yet, our education policies and school structures continue to disregard this evidence and view education solely as a way to improve the modern economy.

It’s high time we recognize that sustainable economic development and ‘great’ learning outcomes are byproducts of a well-developed society – not the other way around.

Why Isn’t Quality Primary Education Ever a Poll Promise?