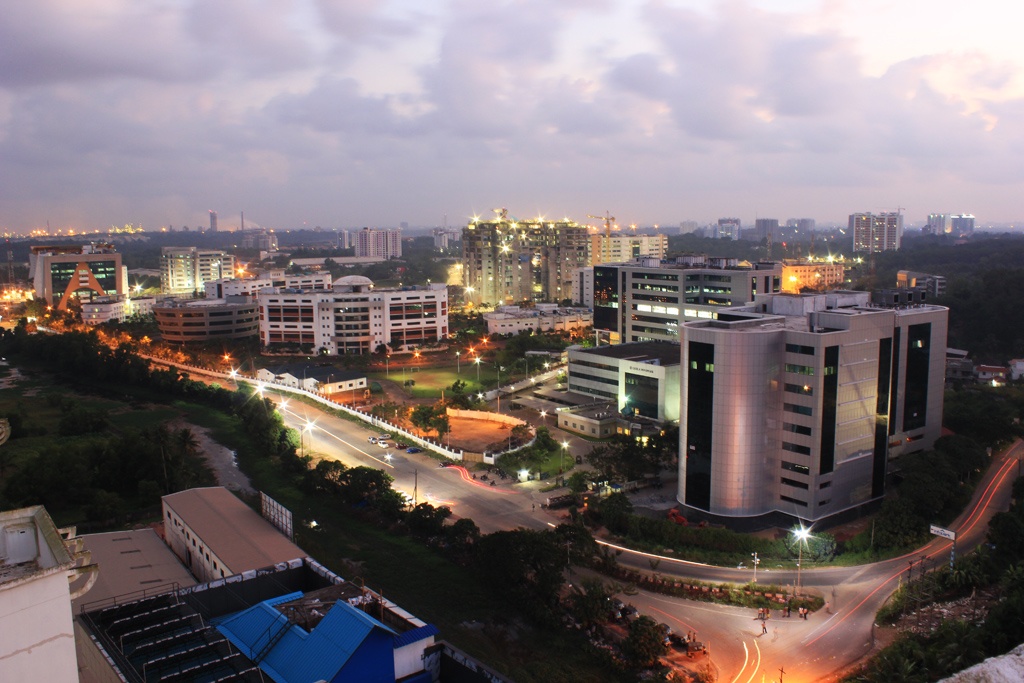 The growth of ICT and the rapid transformation of technological interfaces continuously change the idea and nature of labour, employment, and work across the world.

For example, the ambitious Digital India project—“a flagship programme of the Government of India with a vision to transform India into a digitally empowered society”—through initiatives like PMGDISHA, attempts to replicate the successes of this pivot to a knowledge-based economy. A knowledge-based economy, a key buzzword in a world shaped by technology, is described by the Organisation for Economic Co-operation and Development as one where “knowledge is now recognised as the driver of productivity and economic growth, leading to a new focus on the role of information, technology and learning in economic performance.”

In the same vein, the Kerala Knowledge Economy Mission (KKEM)—and the recent strategy paper on it released by the Government of Kerala—address the range of systemic changes that rapid technological advancement has created in the state, and the potential for a digitised, productive future.

A gap currently exists between education and skill development for young Keralites. This causes massive outmigration for work, as well as soaring underemployment, and unemployment within Kerala, creating a less than ideal atmosphere for new-age entrepreneurship. It is this issue that the KKEM aims to solve, with the idea going back to the years of the Oommen Chandy government of the early 2010s, when the State Planning Commission ideated on creating a knowledge-based economy. The project attempts to create an ecosystem for knowledge-based workers including skilled, unskilled, and highly skilled workers, and to provide 2 million jobs over the next five years, at an estimated cost of ₹5,000 crores to the public exchequer. Similar attempts at a scale as large as this have seldom been attempted in India.

In Kerala, almost one-fourth females were unemployed in 2017-18 — the highest among other major states — and female unemployment was among the highest in Assam, Punjab and Haryana

In Kerala, almost three-fourth of the female youth was unemployed

The Government of Kerala is right in focusing its energy on acknowledging the shift in the idea of ‘employment’ in our times. It is important to tackle it to drive development and benefit the youth. However, the complexities of our society and legal system, not to mention the rushed leap into the digital sphere makes executing the KKEM easier said than done.

A New Journey for Employment in Kerala

Positioned as a platform of platforms, the KKEM aims to cater to upskilling, and work and benefits management. There are other meaningful changes being ushered in through the KKEM. Managing the demand and supply side of increasingly platformised labour and building a policy environment that caters to gig worker cooperatives stand tall amongst them.

The absence of protection for gig workers as well as their exploitation has been debated widely. Platform cooperatives—or gig platforms owned by bodies that emulate the structure of traditional cooperatives—try to mitigate the exploitation of gig workers facing unequal power dynamics and bargaining terms. This organisational structure allows the workers themselves to own and have rights over the functioning of the platforms, unlike the current corporatised model.

The concept is gaining popularity as a solution to labour exploitation in platformised economies. The Strategy Paper envisions the creation of platform cooperatives through a community shares-based investment model. It suggests that the Government of Kerala will create administrative support and a pro-cooperative regulatory environment,  in addition to providing initial paid-up capital and monetary assistance. Regulatory support for such initiatives is a wise step that could be replicated at Union-level legislation as well, which requires a much-needed rejig of labour rights.

The Strategy Paper also proposes to conduct social audits of the KKEM ecosystem every two years—which is imperative for projects that usher radical shifts at such scale. It also brings novel concepts such as Work Near Home, transforming the productivity of unused and underused local infrastructure to facilitate higher employment. As it envisions higher employability and leveraging the shift towards gig-based employment, KKEM can also consider the possibility of branding Kerala as a remote working destination.

Clearly, KKEM attempts to usher in changes in the direction of techno-social development. However, the path it takes is not all rosy.

The Facebook livestreams of in-person consultations are held with a select few, and are more often than not flooded with men. Of the nine meetings conducted virtually and otherwise, no interaction—other than in those panels specifically designed to converse with women’s groups—saw considerable participation from women.

This engagement does not adequately represent all of Kerala’s unemployed—after all, 48.3% of the state’s women are unemployed while 63.6% of Kerala’s job seekers are women.

During the livestreams, women stakeholders specified the absence of adequate consideration to issues such as caregiving and structural hindrances. At this planning stage, attention needs to be diverted towards having a diverse set of voices—meaningful public consultation cannot be achieved without this.

Additionally, the KKEM portal for public consultation is highly inaccessible, making it difficult to engage with a policy that attempts to change the face of “work” in Kerala’s context. Submitting comments through the portal is near impossible as there is no visible link to the portal on the KKEM website or the other ministerial websites. Further, the portal is not well indexed, making it tricky to access through search engines. The Strategy Paper, uploaded as a PDF, is mired within technical language contributing to the strenuous process of engaging with it. Upon accessing the portal, the Strategy document is embedded in such a way that it is not available to be immediately downloaded and viewed through a PDF viewer. Further, the design of the KKEM Public Consultation portal is inaccessible through a screen reader.

As transformative as the KKEM’s agenda seems, these limitations do little for the concerns of the large number of stakeholders who have no avenue to engage with the project’s vision, let alone have their concerns be addressed. Public conversations beyond those with the invitees are imperative to base this policy change in the state, which is still plagued by a digital divide.

The KKEM’s model is heavily dependent on public-private partnerships (PPP)—which are arrangements between government entities and private sector companies for the fulfilment of government projects. The Government of Kerala aims to tap into the expertise of these companies to bring to life the platformisation of employment. This involves liaising with corporate entities at various levels for training and facilitation, including online job portals such as Monster.

Yet, PPP initiatives—especially in the case of governance initiatives—are notorious for their lack of transparency and accountability measures. For example, the Kerala government’s data processing deal with Sprinklr—a US-based tech company—does not inspire confidence. Early on in the pandemic, the state government contracted Sprinklr to use its software to manage public dashboards and data pertaining to the COVID-19 crisis. Yet, procedural irregularities and allegations that 1.75 lakh Keralites had not consented to the sharing of their health data marred the deal. The deal was cancelled after widespread political agitation.

Report on the #Sprinklr deal out. Link https://t.co/NwImKuK389

Due process not followed. Sivashankar violated norms. Did not consult health and law depts. CS and CM not informed. Gave omnibus rights to Sprinklr and US jurisdiction could result in difficulty in enforcing penalty. pic.twitter.com/TRvlWu4DRO

In the case of the KKEM, the Strategy paper envisions a Quality Framework (QF). This framework lays down the workflow, governance structure, and results measurement protocols of the platform. The Kerala Development and Innovation Strategic Council (K-DISC) remains the apex body responsible for the implementation of the KKEM. However, the Strategy Paper casts little responsibility for transparency or accountability to the K-DISC. It notes that data on the functioning of KKEM will be submitted to the platform’s three-tier governance structure at various intervals, without definite obligations or repercussions in case of failure to comply. Further, the public availability of the metrics for analysis is not considered. The government should ensure scope for investigation and analysis through proactive transparency, and not just the consumption of claims presented at face value.

The KKEM Strategy Paper urges the use of novel technologies to automate and improve the process of gainful employment across the state. The most glaring of these is the use of Artificial Intelligence-based (AI) applications for matching profiles of prospective employees and employers.

Yet, the world over, multiple instances of bias have been reported in such AI applications, including with giants such as LinkedIn. The algorithms used in these processes have been proven to choose men over women, even discriminating to the point of displaying opportunities. The Strategy Paper fails to mention how these concerns will be addressed, even as it acknowledges that a large number of qualified women are outside the workforce. If easier access to work opportunities remains a priority, this concern has to be addressed.

The KKEM also aims to operate on sound digital infrastructure, including through the Digital Workforce Management System (DWMS). DWMS is a technical layer platform within KKEM to enable employment—foundational to the portal, it collects data from prospective employees and facilities employee skilling, training, and employment matching.

Yet, the absence of a personal data protection regime in India, and limited attempts to mitigate the risks of harm to personal data under the Strategy Paper raise alarms. The vast swathes of data in the KKEM’s DWMS cannot wait for the impending Draft Personal Data Protection Bill, 2019 (PDPB) to be passed to ensure data protection.

In the meantime, the DWMS’s privacy policy relegates all responsibility for any violation of user privacy on the user themselves. This iteration does not comply with international data protection regimes such as the EU’s General Data Protection Regulation, California Consumer Privacy Act, or even the draft PDPB, and requires urgent corrections. Adequate regulatory steps must be taken to establish rigorous personal data protection measures.

The Road Ahead for the KKEM

The social and behavioural change the KKEM intends to create at scale can be sustained only on the planks of transparency, accountability, and constant engagement with Kerala’s citizens. As it stands, it is likely that the Strategy Paper’s vision can be achieved only with considerable reconfigurations. The Union, States, and other stakeholders can reap benefits from such broad-based policies, but for them to succeed, they require more nuance, engagement, and diversity at the design stage.

Featured image: Kochi’s IT Park, Infopark, symbolic of the shifts in Kerala’s economic development over the years; courtesy of Bino Bose (CC BY-SA 3.0).