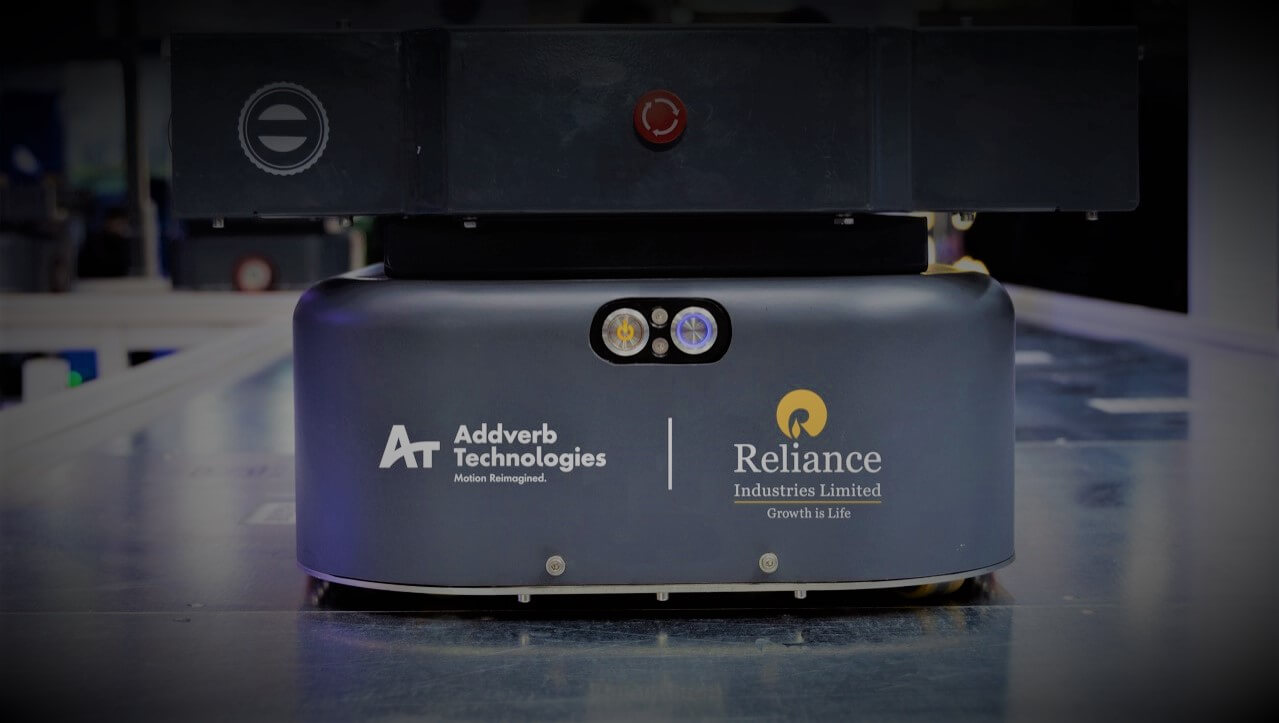 Reliance has always been a key player in capitalising the modern Indian market. It has been keenly eyeing developments that compliment and compete against India’s corporate market. In July 2021, Reliance Retail, acquired a majority stake in the homegrown robotics company Addverb Technologies, an intralogistics automation solution-based company. With an investment of roughly ₹1,000 crores ($132 Million), Reliance has reserved a 55% majority stake. The company’s valuation post this transaction is at ₹27 crores ($270 million).

While this may seem to be a regular business transaction, this move further strengthens Reliance’s vision for Artificial Intelligence (AI). The acquisitions of Addverb Labs is likely to have an impact on the AI market as well as India’s techno-commercial landscape. This includes the likes of Adani Power Limited (Power and Energy Services), Tata Technologies (Product Engineering) and Bharti Airtel (Telecommunication services).

A careful analysis into a series of recent developments and actions by Reliance indicate a strong interest in AI, but what does this mean for the Indian AI market?

Reliance is doing what it takes to further itself in the Artificial Intelligence (AI) sector, a common strategy in other sectors too. Since 2018, Reliance has been looking at applications under machine learning and blockchain so that it can exploit the potential of this field. With major Indian software companies such as HCL Technologies, Wipro, and Infosys working on AI, Reliance too is hoping to convert AI into a B2B (Business-to-Business) model. This interest was capitalised in 2018 with the birth of JioInteract, an (AI) based brand engagement platform with features like video call centres, video catalogue, and virtual showrooms. JioInteract became the world’s first AI-based video call, which understands inputs from various languages. In 2018, at the India Digital Open Summit, Akash Ambani emphasised on the importance of AI.

Globally, Artificial Intelligence is becoming one of the mainstream technologies and voice assistance, recognition and command are growing on a daily basis in terms of usage.

In 2019, Reliance Jio acquired Haptik, a leading Indian AI firm that develops ‘conversational’ platforms and virtual assistants for ₹700 crores by holding about 87% of the business. The remaining 13% was held by Haptik’s founders and employees through stock option grants. Akash Amabani had then stated that this acquisition will contribute to Digital India, given that voice interactivity will pick up in the coming years. “We are delighted to announce this partnership and look forward to working with the experienced team of Haptik in realising this vision for offering greater connectivity and rich communication experiences to the over billion Indian consumers,” Akash Ambani said.

By acquiring of both software and hardware based lead AI startups, Reliance could now monopolise the Indian AI market.

The strategic partnership with Addverb Technologies leverages 5G battery technology through new energy initiatives and advances in material science is paving the way for creating cost effective and advanced robots. Speaking to the Press Trust of India, the co-founder and CEO of Addverb Technologies Sangeet Kumar, said that “this has been done on the basis of the mutual trust factor and fellow feeling which had already existed between the two as Reliance has already been one of Addverb’s clients.”

This is not it. Recently, on 18th February 2022, Addverb received a whopping ₹100 crore order from Reliance Industries (RIL) spread over four-to-five years, for production of robots with 5G technology. These robots will be virtually connected through a 5G network and are controlled through Legion, which is its fleet management system hosted over the remote server located in Ahmedabad.

As indicated by the RIL chairman Mukesh Ambani in the Responsible Artificial Intelligence for Social Empowerment summit (RAISE 2020), AI could help our country in achieving its goals across economic growth, agriculture, modernisation, affordable healthcare and world class education. His interest in the field of AI can be seen emerging from the expansion and establishment of Jio Platforms, which is the youngest and fastest growing technology firm in the world.

However, Reliance’s enormously growing digital market web has instilled a fear of monopoly and unfair competition among the other competitors in the sector. This becomes quite obvious considering the fact that Reliance Industries has become a treasure trove for data of the Indians through its industry leading businesses and a large well settled consumer base.

Also Read: E-Governance and its Discontents: The Traps of Tech Revolutions in Stratified Societies

Reliance Jio platforms can be seen growing at a rapid pace with its ramifications extending across broadband connectivity, smart devices, cloud and edge computing, big data analytics, internet of things, mixed and augmented reality, blockchain and most importantly, AI.

Mukesh Ambani in his speech at RAISE 2020, the Responsible AI for Social Empowerment Summit held on October 5, 2020 spoke of data as digital capital. The speech makes Reliance’s intentions for the future clear; AI and Machine Learning will be central to its operations and strategies in the coming years.

Data is the raw material for artificial intelligence. Intelligent data is digital capital. It is a vital national resource. In the past, nations have competed on physical capital, financial capital, human capital and intellectual capital. But, in the coming decades, nations will increasingly compete on digital capital… We are confident that the government will introduce a sound data regulation framework to protect this national resource and ensure data privacy.

In a Race with Multinational AI Giants

With the acquisition of Haptik in 2019, Jio was in a “formidable position to challenge Amazon’s Alexa and Google’s Home Assistant,” according to a report by IANS. Now, post Addverb’s arrival, these two software and hardware companies could amalgamate and create Reliance’s model to capture Indian markets with their own smart technologies and security systems. Reliance is now in a position to create a separate subsidiary specialised in security trends and demands.

In 2019, Reliance also announced its partnership with Microsoft’s Azure cloud platform to deepen the offerings of the Jio telecoms unit; posing a direct challenge to rival cloud services providers such as Amazon’s Amazon Web Services (AWS) and Alphabet’s Google. This strategic alliance of a decade will allow Reliance’s Jio to set up data centres across India that will be hosted on Microsoft’s Azure Cloud. Analysts, then quote that Reliance’s foray into the cloud services market—could intensify competition in an Indian market dominated by the likes of Amazon Web Services (AWS).

With the acquisition of Addverb, Reliance can now go all out in capturing the India AI market while challenging the dominant presence of multinational companies like Amazon and Google.

Reliance’s intention to establish its monopoly in the AI sector is quite apparent. The company has been a step ahead of every other competitor in the market since 2008, a time period when AI did not even exist as a separate sector in India. The company’s acquisitions ranging from Haptik to Addverb, the rapid growth of its already existing Jio Interact in the different fields including AI and the company’s partnership with a number of MNCs, bolsters the company’s intentions to step into the field and pave the way for it to stand out as the biggest and the most reliable player in the field of AI in the country.

Given that contemporary rivals of Reliance are building, or trying to build, similar products, these acquisitions and aggressive moves by Reliance can attract Section 4 of the Indian Competition Act, 2002 which prohibits the abuse of a dominant position. However, these acquisitions will allow the Indian AI market and consumers to choose from a plethora of domestic choices and products, as opposed to being dependent on international tech-giants to fulfil these ever-growing needs.

Featured image is of a social media post by Addverb Technologies, announcing the strategic partnership with Reliance.