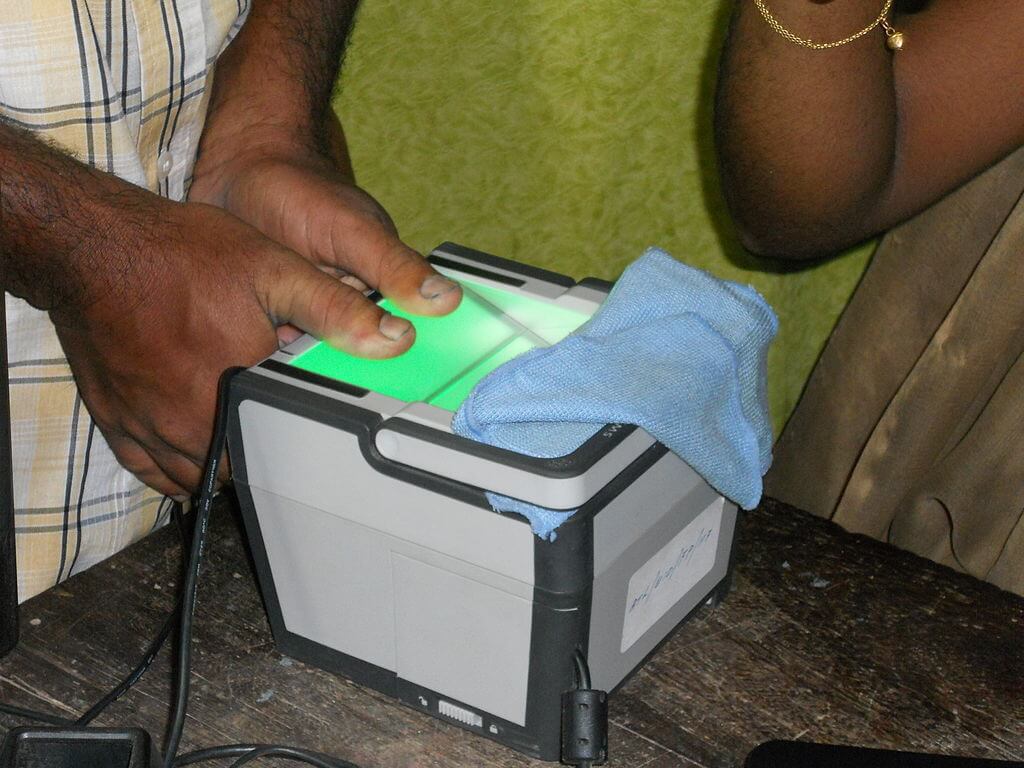 Indian governance is witnessing a technology transformation, with more and more everyday public services shifting to fully digital modes. The Government of India’s Direct Benefit Transfer (DBT) portal lists 311 schemes, which include cash transfers under Janani Surakhsa Yojana, ASHA and Anganwadi worker honorarium, and MNREGA wages, among others. About 120 crore Indians now have Aadhaar cards, which is arguably the most important tool in the transformation of India’s e-governance. The Aadhaar is linked with PAN Cards, bank accounts, ration cards, LPG subsidies, and a host of other government schemes and services, including the recently announced National Digital Health Mission (NDHM) and India’s COVID-19 vaccination platform, COWIN.

These changes are a part of a purposeful government push to leverage technology to transform governance. The Digital India mission is at the heart of this, and outlines three key vision areas: Digital Infrastructure as a Core Utility to Every Citizen, Governance & Services on Demand, and Digital Empowerment of Citizens. In a narrative where corruption is the single gretaest challenge to efficient governance, the promise of electronic systems to reduce leakages via middlemen and verifications and boosting top-down monitoring was met with immense enthusiasm, especially at the highest levels of government. However, citizen experiences with the e-welfare state, particularly amongst highly marginalized populations, raise critical questions about the real functionality and inclusivity of this digital push.

What the digital push looks like on the ground

The latest Aadhaar-linked e-Governance platform is the e-Shram portal, through which the government seeks to integrate social security schemes meant for unorganized workers by the Ministry of Labour and Employment.

With registrations opening on August 26th 2021, the portal aims to include India’s 38 crore unorganized (or informal) workers, including the new-age gig and platform workers, who together constitute 91% of India’s labour force. The data collected through the portal will be used to create the Aadhaar-seeded National Database of Unorganized Workers (NDUW).

In the days following the launch of the e-portal, one of the authors (SJ) asked a few vegetable vendors, security guards, and housemaids in Pune whether they had heard about e-Shram and wanted to register.  None of them had, and information was near impossible to find in their neighbourhood.  SJ persuaded house help Kamala bai to register either on the portal or through the Common Service Center (CSC) (CSCs, a project under the Digital India Programme, are a pan-Indian network of access points for essential public services). She was unaware of CSCs and none could be found within a 5 km radius of her residence. Although she has a smartphone (given by one of her employers), she would use it only for basic calls. She could not navigate the website, which was available in only English and Hindi, as she is both literally and digitally illiterate. Kamala bai’s Aadhaar card still had a Solapur address. The registration requires an active mobile number linked to an Aadhaar card and bank account. Kamala bai had changed mobile numbers many times, and had no idea about Aadhaar-mobile updation. It took many visits to the post office and loss of a day’s wage for her husband to get the Aadhaar alone updated. When trying again, the website would not cooperate, as it was “Currently experiencing heavy traffic”. So taxing was the online registration process so far, that Kamala bai chose not to proceed.

Kamala bai is one of the millions of workers who face multiple barriers in accessing government programs and welfare schemes that are delivered through e-Governance. Barriers manifest in the lack of knowledge, awareness, and access to digital devices, language barriers, and locational disadvantages. The digital divide intersects with caste, gender, and class, further disempowering marginalised groups and women. In demolishing some old barriers, India’s embrace of the digital over the last three decades has erected new ones for the poor.

Many of these barriers were exposed during the education crisis induced due to school closures. In his book “Diffusion of Innovations”, Everett Rogers notes that early adopters of technology are typically young, men, highly-educated, and belong to higher-income categories. Studies on the adoption of e-government services in cities in India show that age, gender, education, economic class and digital literacy strongly influence the preference and attitude for e-governance adoption, especially in rural and tribal areas. According to the National Election Study 2019 by Lokniti, only one-third of respondents aged 18 and above, and roughly 50 percent of those between 18-44 years of age owned a smartphone. More than half of the upper-caste respondents owned a smartphone, compared to 23 percent of Scheduled Tribes. The 2017- 18 National Sample Survey (NSS) reported just 15 per cent of rural households having access to the internet, against 42 per cent of the households in urban areas.

Even in higher-income states, there remain large gender gaps in access to digital devices. Take Maharashtra, for example, where 93.1 percent of boys had access to a digital device in 2020 against a minuscule 6.9 percent of girls in the 10-19 age group. Barriers from the supply side also produce inaccessibility through poor website design and quality, slow website response time, and the use of dominant languages alone, particularly English and Hindi. The Accessibility of Government Websites in India 2016 Report found that 25% of the 7800 government websites that were tested failed to open and the remaining had an error rate of 63 errors per home page.

An example of how gaps in technology or the failure of its integration has thwarted promising schemes can be seen in the case of JAM (Jan Dhan, Aadhaar, and Mobile) trinity for Direct Benefit Transfer schemes. The trinity relies on ‘seamless’ integration of Aadhaar, mobile numbers and bank accounts. Yet, Aadhaar integration and authentication errors have become the primary reason for exclusion, besides raising concerns about citizens’ privacy.

Mandating Aadhaar seeding and authentication in the Public Distribution System (PDS) has led to  the exclusion of beneficiaries due to mismatches between the demographic information between PDS and Aadhaar databases during the seeding process. In an RCT study in Jharkhand, about 6% of all ration cards were cancelled between 2016-18.  About 88% of those ration cards were found to be genuine. At the receiver end, authentication issues in ePoS (e-Point of Sale) through Aadhaar-based biometric authentication (ABBA) systems because of failures in biometrics, erratic internet connectivity, irregular electricity supply, and limited battery life of ePOS have excluded beneficiaries.

In Mahatma Gandhi National Rural Employment Guarantee Scheme (MGNREGS), all the stakeholders: wage seekers, Gram Sabha, Panchayat Raj Institutions, Program officers at block level interface with the technological platform known as the Aadhaar enabled Payment Systems (AePS). The AePS is composed of interfaces between biometric devices, MGNREGS database, banks, post offices, micro ATMs, banking correspondents, NPCI, and the UIDAI. Exclusion and delays in issuing job cards and paying wages can be a result of failures in any part or linkage in this complex system.

E-governance in India is falling down an old trap of “isomorphic mimicry”, as Lant Pritchett has described, where processes and institutions mimic those of functional states. Our e-governance system is designed for a country where processes function better, accountability is stronger, and most fundamentally, where citizens’ interactions with public systems are more efficient and egalitarian. It has led us to an e-governance system with “all the trappings of a capable system—institutions, agencies, and ministries—without its functionalities.”

The design of e-Governance systems in India centers (and takes for granted) experiences of middle and upper classes with near-unrestricted access to technology. These systems assume that the knowledge, awareness, skills, resources, attitude, and behaviour of the formally English-educated class are accessible to all. The e-Government platform developers sitting in New Delhi or Bangalore develop systems based on their own lived experiences, displaying little understanding of the intersecting barriers to e-governance that strangle Indians of a different socioeconomic strata. Technocratic governance, while trying to remove the old barriers of bureaucracy, corruption, and inefficiency, has erected many new barriers that have only served to exacerbate our longstanding social inequities.

“e-Rupi voucher will play a role in boosting digital transactions and DBT in the country,” the Prime Minister was quoted as saying at the launch of a new digital payments solution on 2 August 2021. “This will help everyone in targeted, transparent and leakage-free delivery”.

The proliferation of DBTs as the preferred mode of fund dispersal in India has produced new challenges of access. Direct transfers to bank accounts have been widely adopted to plug the siphoning of funds, leakages, and to create financial inclusion for the poor. However, banking infrastructure remains extremely poor in rural India. An RBI report on Deepening Digital Payments by a committee headed by Nandan Nilekani recommended providing access to a financial institution (such as a cooperative or a bank branch) within a 5 km radius for every citizen, as well as access to multiple ATMs within 3 km.  There are only 6.2 commercial bank branches per lakh population in rural areas, compared to 50.9 in Urban India, as of 2019.  For about 6.6 lakh villages, only 33,600 ATMs are operational. This scarcity causes people to have to visit the nearest taluka center for bank branches or ATMs to withdraw money, costing daily wages.

There is perhaps no more devastating an image of this failure than what we saw during the immense immediate economic shocks of the initial lockdowns in 2020. DBTs became the only mode through which financial relief was provided to millions of Indians who lost livelihood during this period. While the government maintained unshaken and exclusive confidence in the DBT system (despite expert advise urging otherwise), experiences on the ground have shown us the complexity of transaction failures. In the months since, we have learnt that as much as 40% of the intended beneficiaries could not access the Government’s COVID-19 relief. Direct cash in the hand, the tried-and-tested measure that many argued was the only way to provide real and immediate financial relief, was rejected.

In conclusion, the one-size-fits-all approach that the Indian government has taken to mainstreaming technology in the delivery of governance, and especially welfare services, has not only come at the cost of older systems that the poor and marginalised have historically relied on, but has also obscured many material barriers that actually impact grassroots welfare delivery. This is evident in our dashboards of schemes, hailed now as maps of governance accountability, that paint pictures that are often completely disconnected from the ground realities of their functioning, or in the championing of platforms like e-Shram, pitched as ultimate solutions to some of our most complex public problems. Governance in a socially stratified and digitally divided society with fractured infrastructure needs radical rethinking; to begin with, the government’s efforts to erect new systems must not come at the cost of peoples’ capacities to access governance itself.

Through The Looking Glass: The Hidden Costs of Linking Aadhaar and Voter IDs