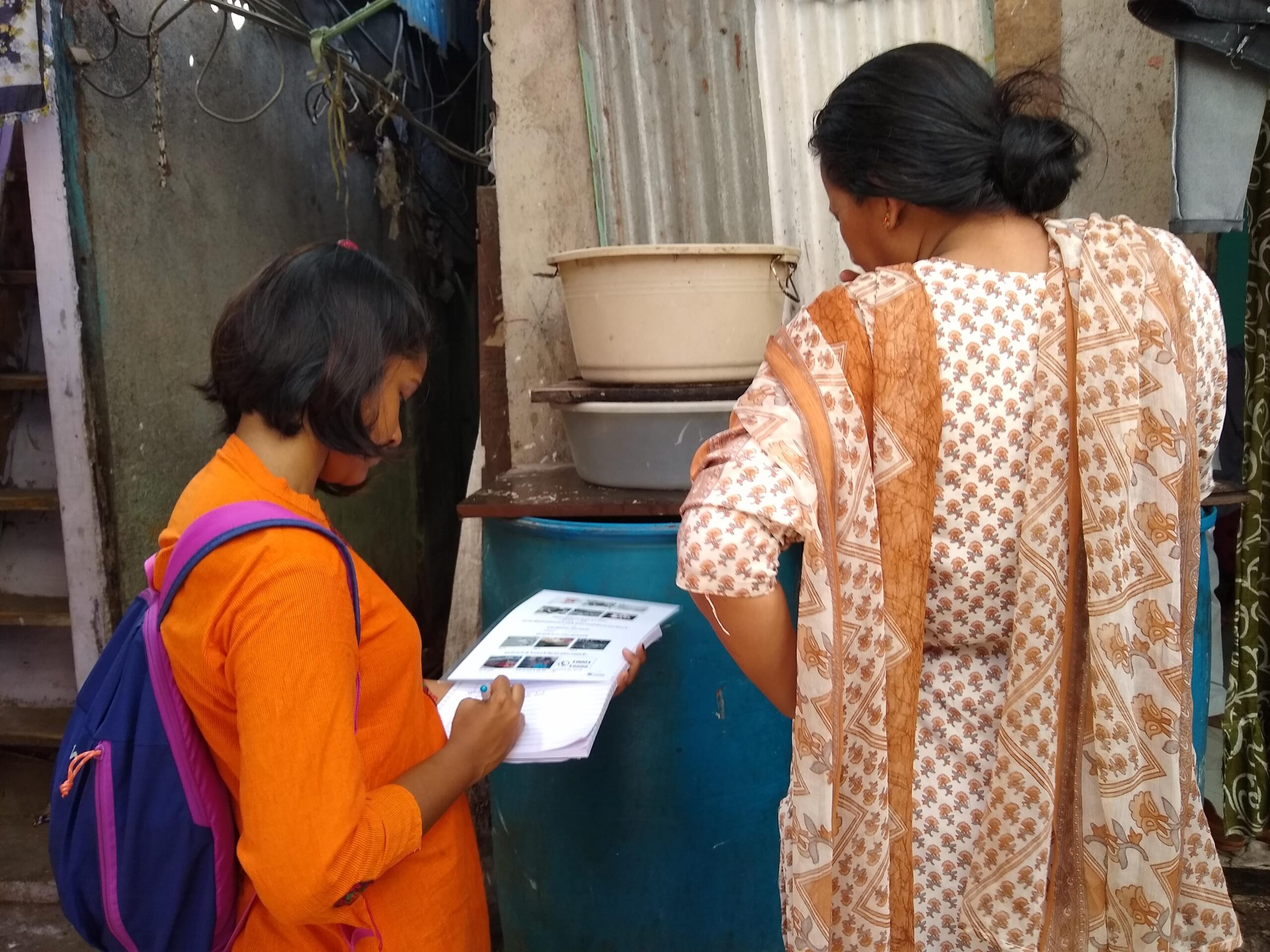 What is the mental image that is conjured up, when one refers to the lawmaking process in India? A group of legal experts spending an arduous amount of time poring over legal books to finally come up with a lengthy, complicated document that seems too complex to understand? All laws impact the lives of citizens to varying degrees. As stakeholders in this equation, citizens need to be treated as equal partners in the lawmaking process.

The Government of India has also acknowledged this and introduced the Pre-Legislative Consultation Policy (PLCP) in 2014. PLCP requires government departments to publish draft laws in the public domain for citizens to access and share feedback on them. However, the on-ground implementation of this policy remains a challenge. In fact, between June 2014 and May 2019, 186 Bills were introduced in Parliament out of which 142 saw no prior consultations with citizens.

Citizens who are the direct beneficiaries of government policies are more often than not excluded from the consultation process. This results in dissent and discontent being expressed to the government on a post-facto basis and laws and policies, misaligned with the expectations and experiences of citizens.

The introduction of PLCP does not automatically entail a response to grievances raised about particular laws. Gaps in the PLCP process such as limited accessibility and awareness serve as hurdles to achieving the goals of the Policy. However, technological tools can help overcome these hurdles and assist citizens in accessing the lawmaking process.

What Are Some Gaps in the Public Consultation Process?

Different departments of the government, at different levels, publish draft policies for consultations. These documents are usually published in the National and State Gazette, and also on the individual platforms of the respective departments. However, the absence of a single publicly accessible government repository where citizens can easily access open consultations and share their feedback is still a challenge. This challenge gets magnified by the fact that not all citizen groups have adequate digital accessibility, and consultations are open for short periods of time between 21 to 30 days. Issues like limited digital connectivity, low digital literacy and accessibility constraints for the differently-abled, exclude a large but very pivotal demographic from being able to participate in the consultation process.

Another aspect of accessibility relates to the nature of the content itself. Consultation documents are drafted by domain experts and are generally verbose in nature with the content being worded in a language that may get challenging for a person without a legal background to interpret and understand.

The lawmaking process has thus remained the domain of legal and technical experts and is far removed from the lived experience of the citizen that the law impacts. Democracy is characterised by different aspirations of its three pillars – governments, civil society, and industry. These aspirations need to be aligned to the best extent possible while taking any policy decision.

Technological tools have the ability to improve our day-to-day lives, and even aid democratic processes. The pandemic certainly bolstered the reliance of democratic processes on technology- courts shifted online, and mediation platforms like SAMA enabled online dispute resolution. Technology, if used wisely, has the potential to enable interactions between government, civil society, and industry.

How Can Technology Bridge the Gap Between the Government and Citizens?

There are various ways in which technology is being leveraged to bridge the gap between citizens and government. Non-government platforms like Civis enable citizens to access public consultations in an easy and simplified manner and submit their responses to the government through a secure medium. OurGovDotIn has been working towards creating a repository of public consultations published by the government, while other non-government organisations like Reap Benefit, Janaagraha, Gramvaani and Haqdarshak have already made inroads in engaging with citizens on civic issues, using technology.

Precedents for such technology-enabled initiatives in governance exist even in the international arena. Taiwan’s government leveraged civic technology, through a platform called Pol.is, which allows citizens to express their stance on policy issues. It encourages sharing of diverse opinions and allows for constructive dialogue to pave the way for making policy recommendations. In Iceland, an open-source platform Your Priorities connects civil society with the government facilitating a democratic decision-making process.

What Does Fieldwork Reveal About Citizen Engagement With the Law?

Introducing technology into the public consultation process does not automatically solve existing problems with PLCPs. While developing technological tools to promote citizen engagement, there are several aspects of the intersection between law and technology that need to be considered. Civis is one such organisation that has been working at this intersection- their platform enables citizens to access draft bills and submit feedback on the same.

Through their work with technology as well as their fieldwork, Civis noted that in order to make the public consultation process truly inclusive, it is necessary to create and disseminate consultation content in as many regional languages as possible. Most consultation documents published at the national level are in English and Hindi. It thus becomes relevant to translate their content into local languages, to ensure that impacted citizens are not excluded from the consultation process, on account of language. The impact of the language barrier was seen clearly in the case of the Draft Environment Impact Assessment Notification, 2020. The Ministry of Environment, Forests and Climate Change published the draft for feedback only in English and Hindi, thereby excluding communities that didn’t know these languages. Despite a petition being filed in the Delhi High Court to translate the then draft into regional languages, citizens across the country continued to complain of inaccessibility.

While citizens are keen to understand the impact that proposed laws and policies have on them, at times, the language of the draft law may act as an impediment, especially for citizens without a legal background.

Consultation documents are generally in a format and language that is technical in nature and difficult to interpret for a layperson. The creation of consultation content in an interactive manner through the use of audio, videos, and graphics can help showcase how technology can be optimally utilised for simplifying content that would otherwise have been complicated for citizens to understand. 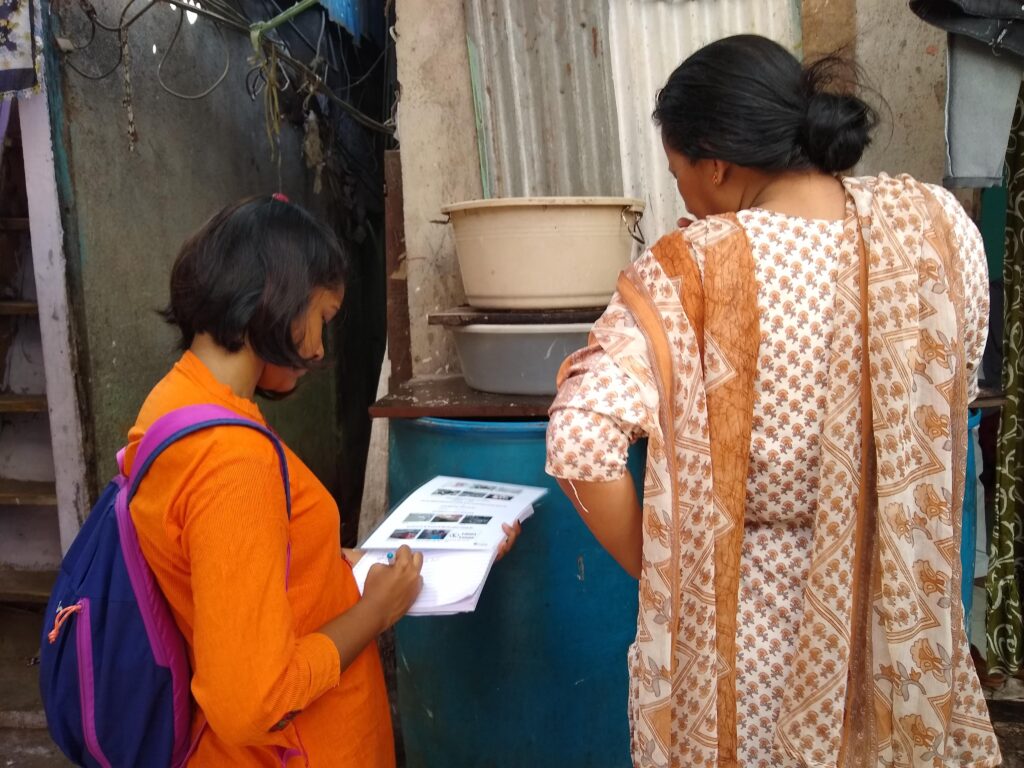 While utilising technology for public consultations is crucial, one should not overlook the importance of developing an on-ground network. Civis carries out on-ground consultations with citizens, through a network of volunteers. The volunteers were responsible for engaging citizens in discussions around the consultations and gathering their feedback. In order to deliver social justice, it is necessary for citizens to share their lived experiences and personal aspirations related to the proposed policy. This process requires the building of a channel of trust within the consultation process. In our experience, we have seen the impact that an established network of volunteers or community managers has.

The support of a volunteer network with technology that aids the consultation process helps in facilitating on-ground conversations with communities.

What Needs to Change to Make Technology in Justice More Effective?

The interests and degree of participation of citizens in the consultation process vary from person to person. Citizens need to be empowered with the flexibility of having multiple channels through which they can engage with consultations.

Technology and its adoption is not a silver bullet to solve social problems. However, if used thoughtfully, it can optimise processes and help expand networks for social problem-solving. Interactions on-ground can help build technological tools, and provide an insight into what can bolster citizen engagement.  In bastis in Mumbai for example, families renting houses are less forthcoming to engage with the government as compared to those who own the shanties they live in. Conducting these on-ground interactions helped an organisation like Civis identify a hesitation amongst citizens to engage with governments and a desire for anonymity. This feedback was integrated into the technological tools of Civis by removing personally identifiable information of respondents while sharing reports with the Government.

Expanding the avenues for citizens to engage with the law is also crucial to improving accessibility. Tools like the Interactive Voice Response System (IVRS) help citizens record their suggestions through a voice-based feedback system with the flexibility of responding in a language of their choice. In a culturally and linguistically diverse country such as India, this acts as a major enabler in making the process of public consultation inclusive in nature. WhatsApp is another such platform whose popularity amongst different demographics can be a major game-changer in the last mile connectivity in the country. Citizens can access WhatsApp chats in multiple languages and submit their feedback on draft laws easily, making the public consultation process relatable.

Such tools can be a game-changer for reaching out to different demographics across the country. However, it is important to tailor the content based on the technological tool being utilized. For example, content disseminated on a  WhatsApp channel is effective when condensed in the form of simple and easy-to-read chats as opposed to lengthy text.

Feedback gathered from citizens across the country brings with it the challenge of having to synthesise and interpret large volumes of unstructured feedback, often in different Indian regional languages. Apart from the volume of feedback, understanding the context and relevance of feedback to the draft law under consideration is equally important.

Citizens seek gratification for their participation in consultations, which is why it becomes necessary to close the feedback loop for them. They are keen to understand if their feedback has been received, read, and acknowledged by the government and if the feedback has been considered for framing the said policy. In this context, technology helps in tracking as well as optimising the feedback analysis process in order to arrive at relevant insights. This forms the first step in acknowledging the feedback submitted by citizens.

Easy to interpret summaries and engaging content form the starting point for engaging citizens. However, maintaining sustained participation in public consultations requires building the trust and interest of citizens in the process. Establishing this trust is a gradual process that is strengthened when citizens can see the demonstrated impact of their feedback. Technology helps bridge the gap between the feedback submission, feedback analysis, and feedback incorporation processes, which can help us build such trust – over time.