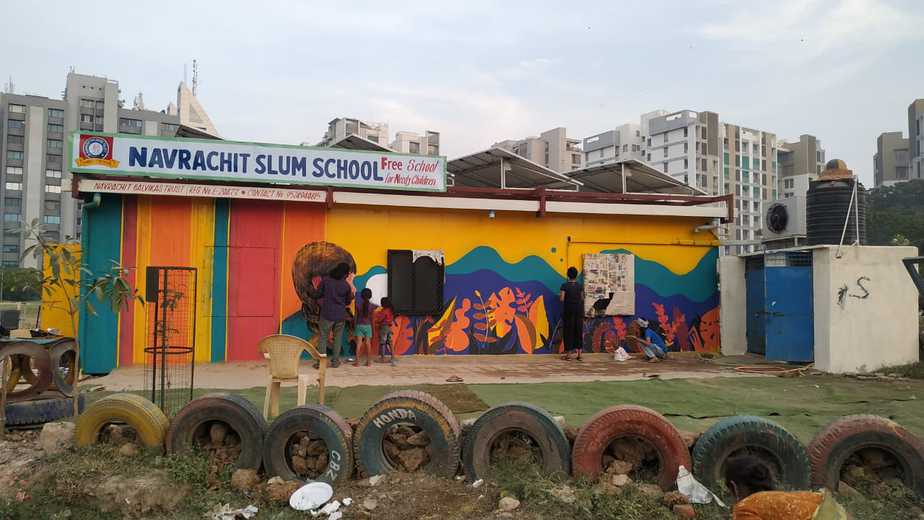 The conversations around climate change and greenhouse gas emissions have gained momentum in the last few years. So, let’s test your knowledge: which sector, according to United Nations Environment Programme accounts for almost 76% of energy-related global greenhouse gas (GHG) emissions in the world? Not sure? Alright, let’s make this easier: do you know which sector in India contributes to about 24% of total national GHG emissions?

Unless your answer is cities, or the construction sector, you are wrong. Don’t worry, not knowing the right answer isn’t your fault either. In spite of their large contributions to GHG emissions, the concerns over energy policies or architectural planning have been scanty at best: when ‘sustainable housing’ comes up, it’s mostly a conversation aimed at higher income groups. However, unsustainable housing is something we’re all complicit in: buildings in residential and commercial sectors consume over 35% of India’s electrical energy.

“When the country is implementing massive housing & infrastructure programmes through PMAY-U, AMRUT & Smart Cities Mission, we must equip ourselves with the latest know-how in design & construction for safe, environment-friendly & sustainable habitat.” – MoS H&UA @HardeepSPuri pic.twitter.com/Z0REzPXdqN

In India, while there has been an immense Central focus on affordable housing for economically backward households through schemes like the Pradhan Mantri Awas Yojna (PMAY), the aspect of decentralising energy-efficient technologies to the masses has been mostly missing. Not only does this take away the opportunity of seriously considering the ecological footprint of such housing, it also raises another concern: if renewable energy is expensive and inaccessible to a large population, it makes developing a large-scale renewable energy system inefficient.

So, is making renewable energy accessible to all of India’s millions even a feasible goal?

When considering energy use in residential buildings, the energy necessary for the operation of the building isn’t the final talking point. Embodied energy use, or the energy used by chosen building materials, not to mention the energy inputs related to them throughout their lifecycles also needs to be considered, as a report by IPCC suggests.

In that context, SELCO, a social enterprise working to provide energy-efficient solutions to a low-income clientele seems to have hit the bull’s eye. One of their projects deals with providing energy-efficient, temporary housing facilities for migrant labourers.

“In our construction processes, we have tried to develop overall sustainable projects,” says Nirmita Chandrashekhar, the Design Program Manager at SELCO. “We do this by using recycled materials and mechanisms like the nut-bolt system or other removable construction processes.” Here, the focus is on making construction cheap and the architectural design portable.

SELCO looks at both operational and embodied energy use, ensuring that these two aspects become a part of the climate change conversation. As Chandrashekhar explains, SELCO engages in building natural lighting and ventilation facilities in their units, with the aim of reducing the dependence of low-income houses on artificial sources of energy as much as possible.

A key aspect of SELCO’s work is what they refer to as the “ecosystem approach,” wherein they involve the communities right from the beginning of the process; thus, the design is led by their needs. They then train the people from the community to ensure that they too participate in the construction process. In fact, when it comes to funding, they go beyond the financial assistance provided through the government, and explore the possibilities of Self-Help Groups (SHGs) and other banking institutions. Apart from low-income housing, their work also extends to public institutions like health centres, anganwadis, and schools.

The Need to Design Sustainably

SELCO’s work stands out amidst a larger lacklustre ‘green housing’ certification system in India. While there are green building certifications that are applicable in India, they have received significant critique. “Large scale projects may have a LEED certification (a global green building certification), but are still seen as unsustainable,” comments Vishal, an architect at the Built Environment project of SELCO Foundation. “A building may have a thousand air conditioners run by solar panels, and it would be considered sustainable, but is it really sustainable to have that many air conditioners in the first place?”

Vishal hints towards the need for incorporating sustainability in the designing of buildings. Shakti Sustainable Energy Foundation (SSEF)’s report suggests the same by stating that thermal comfort should be a key aspect that the PMAY-U (urban) constructions are mindful of. A design that can limit, or even negate the need for air conditioning can go a long way in creating resilient, sustainable housing, while also making it affordable for those communities who are the most vulnerable to climate change.

You May Also Like: Namma Metro Effect: Re-imagining Urban Development

Another design aspect that is usually not considered is a transport orientation in urban settings. “For instance, many of the low-cost housing units in Delhi are located in areas which make it difficult for the residents to travel to their workplaces,” explains Subhashis Dey from SSEF. “These then end up being rented out to students or young professionals who end up using energy-intensive devices like second-hand air conditioners and unserviced coolers to live in these badly designed buildings.” Without considering easily accessible transport systems during siting decisions of the buildings, a cycle of energy inefficiency can be set off. Thus, both policy and design should focus on the end-users, in ways that are similar to what SELCO is doing at a localised level.

Building for the Future

A way to look at affordable housing and energy efficiency can be through the framework designed by Professor Amulya Reddy of the Indian Institute of Science, Bengaluru. Termed the Development Focused End-Use Oriented Service Directed Paradigm (DEFENDUS), Reddy’s strategy has four thrusts: equity, self-reliance, environmental soundness, and economic efficiency. Including these four thrusts in housing design can broaden the discussion around renewables by including more diverse socio-economic groups of people. At a time when the push for affordable housing is on the agenda, it is important to also account for the carbon footprint such policy moves would generate.

Arnab is a student of society and development. He is especially interested in the development of habitats and their allied policies.