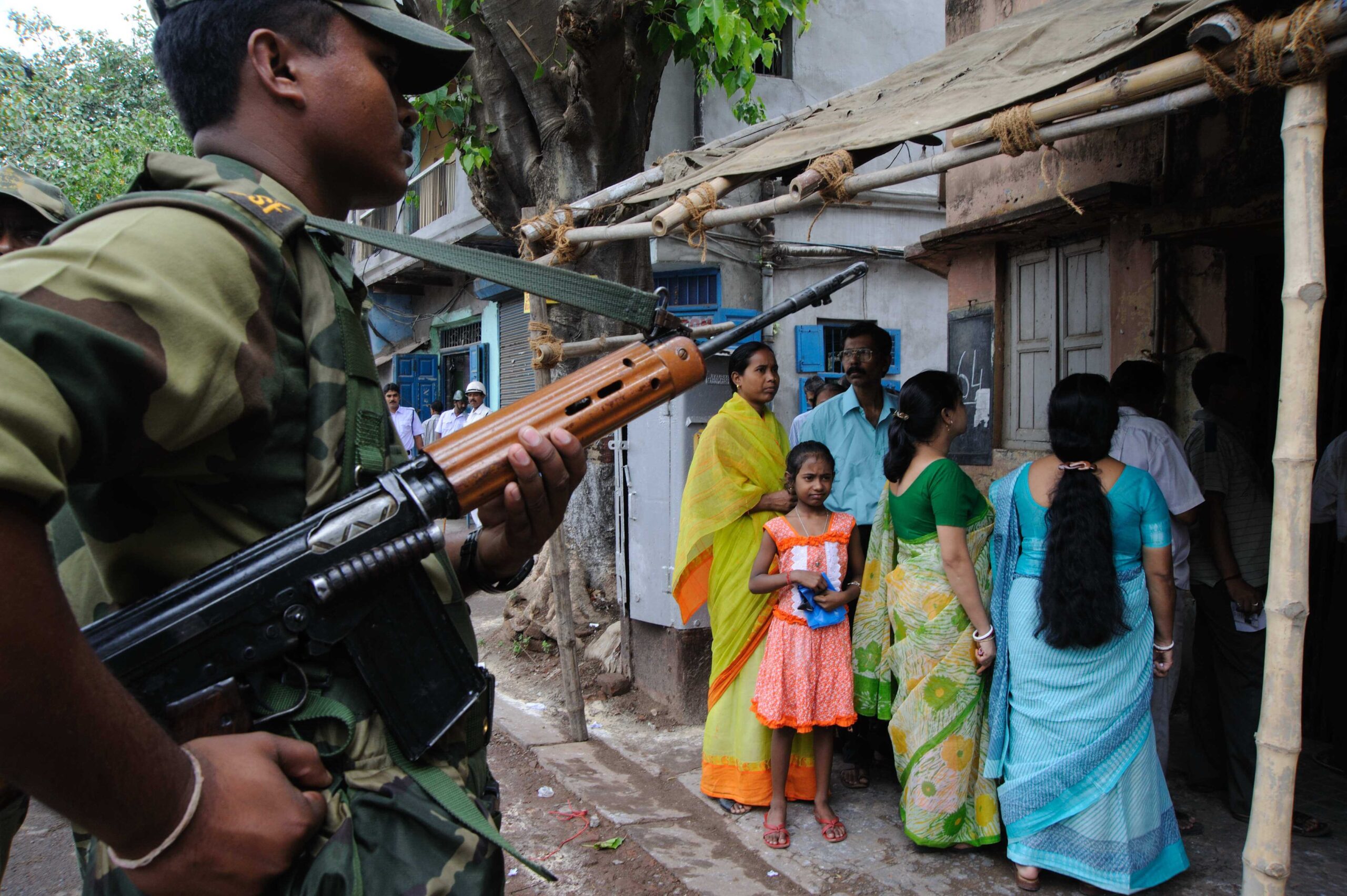 This story is part of EVM: Every Vote Matters, a series in collaboration with the One Vote Project to cover the role of emerging technology in Indian elections. Read the first story here.

There is no allocation in the Budget 2022-23 for the implementation of the government’s high decibel proposal to link Aadhaar with Voter ID, which was hastily pushed through Parliament in December 2021. The reason for this could be that the Election Laws (Amendment) Bill, 2021 (on Aadhaar and Voter ID linking among other things) provides in its Financial Memorandum that the Bill is unlikely to involve any expenditure from the Consolidated Fund of India. However, that doesn’t mean that there is no cost associated with Aadhaar and Voter ID linking. Even when there isn’t a tangible cost associated with a policy decision, there may be an incalculable and intangible cost if it compromises our rights, especially our right to vote.

The ultimate cost, high or low, will be borne by the citizens, the exchequers. Some costs are necessary, even desirable. For instance, in the budget, the government allocates funds towards issuance of identity cards to voters, campaigns on voter awareness, preparation of electoral rolls, salary and other administrative expenses of the Election Commission of India (ECI) etc. Expenditure on these activities advances or facilitates the exercise of our right to vote and thus, is welcome expenditure. But some costs may be undesirable, particularly those which restrict our franchise and infringe on our privacy.

The Origin Story of Aadhaar and Voter ID Linking

The discussion of costs is pertinent to the linking of voter ID and Aadhaar. The Minister for Law and Justice defended the Election Laws Amendment Bill in Parliament by arguing that a recommendation for the same is a result of meetings between the Government of India and ECI. He also argued that this recommendation can be found in not one, but three reports by Parliament Standing Committee on Personnel, Public Grievances, Law and Justice— successively chaired by MPs from the ruling party. These three reports pertain to the Demand for Grants. These are the grants demanded by each Ministry from the Finance Ministry for its various schemes.

Standing Committees undertake an analysis of these demands and undertake the evaluation of the budgetary impact of allocations, implementation of schemes, and vacancies in departments. But it is strange that despite the proposal of Aadhaar and Voter ID linking having no budgetary implications, it finds its genesis in budget-related reports of the Standing Committee.

The recommendation to link Aadhaar and Voter ID is first found in the 101st Report of the Committee. In the report, the Committee noted that ECI had initiated a program called the National Electoral Roll Purification and Authentication Program (NERPAP) in 2015 ‘to weed out bogus voters by using unique ID Aadhaar number’. However, this was suspended after the Supreme Court in an interim order in the Puttaswamy case restricted the use of Aadhaar. The Committee doesn’t undertake any critical analysis on how linking Aadhaar number with Voter ID will help purify the rolls. The only justification seems to be that ‘99.36% of electors’ have the Voter ID and ‘99% of adult citizens’ have Aadhaar. Even while noting this, the Committee didn’t stop to consider that Aadhaar is not just issued to citizens but to residents and even if the above claim is true, it indicates that there are as many Voter IDs as Unique Aadhaar IDs, thus belying the claim of such a linking helping with deduplication. The Committee also argued that even though this proposal would be an intrusion of privacy, it is justified because the purification of the electoral roll serves the public interest.

Then the 105th and 107th Committee Reports both make a case for the linking based on arguments made by the ECI and Law Ministry. However, the recurring theme is one of uncritical acceptance of the proposal, with little to no evidence to back the claims of purification of the electoral roll. This is evidenced by the recommendation for Aadhaar and Voter ID linking being randomly found under the discussion on ‘Postal Ballot Facilities’ in the 107th Report, indicating that perhaps it was a hasty addition. In fact, in Rajya Sabha, an MP from AITC who is a member of this Committee argued that he wanted to submit a note of dissent to the Committee report which recommended for Aadhaar and Voter ID linking but was not allowed to do so. Parliamentary procedures allow for MPs to dissent to Committee reports but the power of the Chairperson of the Committee runs large and they can even reject a dissent note. In this case, it seems that the recommendation on Aadhaar and Voter ID linking was surreptitiously included under random heads possibly to avoid dissent from MPs. These successive recommendations of the Committee have not been made without sufficient application of mind to the associated costs.

The Cost of Disenfranchisement

The Bastion had previously spoken to Mr O.P Rawat and Mr Shivam Singh about linking Aadhaar with voter ID. Even though the discussion clarified that the proposed policy envisions a voluntary system of linkage, it is important to assess the hidden costs of such a model. During the Assembly elections in Telangana in 2018, lakhs of voters found their names struck off from the electoral rolls. RTI responses revealed that Aadhaar data from voters in Telangana was collected under NERPAP before it was halted by the Supreme Court in 2015. This data was fed into the software that deleted entries without following the mandated verification procedure. In the Greater Hyderabad Municipal Corporation, comprising roughly one-fourth of all assembly constituencies in the State, people complained that no verification was done by the Booth Level Officers. Many people who voted in 2014 found their names missing from the electoral roll. In response to a PIL which was filed on this mass disenfranchisement, ECI claimed that no software or algorithm could delete entries on its own and the procedure of in-person verification given under Section 22 of the Representation of People’s Act, 1950 was followed.

Must Watch: Should Voter ID Data Be Linked to Aadhaar? On the Fence

It must be remembered that the removal of duplicate entries is intimately related to voter awareness and the agency of voters. The Voters Verification and Information Program launched before the General Elections of 2019 enabled voters to enrol, check their names on the electoral roll, remove duplicate entries and correct errors through multiple avenues like an App, a helpline, physical camps etc.

But concerns of compliance with the verification procedure laid down in the law go beyond just deletion of names from the electoral roll. Speaking at the One Vote Conference, SQ Masood, a resident of Hyderabad and a social activist narrated how his Aadhaar card and Voter ID details were collected from his family when he wasn’t at home. When he received his voter slip, it had the address mentioned in his Aadhaar card- which was different from the address of his current residence in his updated Voter ID. This change was made without informing him and without verification. Masood also mentioned how the Booth Level Officers (BLOs) are overburdened and underpaid government/semi-government employees.

In this discussion of linking voter ID and Aadhar, we should tread carefully not to frame this as the first time the ECI has attempted to combat the issue of duplicates. ECI has been running several campaigns with the objectives of voter awareness, updating of details, and removal of duplicate entries. The 107th Report of the Committee notes some of these campaigns – Special Drive in 2017, Voter Verification and Information Programme in 2019, Electors’ Verification Program in 2019, etc. These programs are part of the Systematic Voters Education and Electoral Participation Programme (SVEEP), a flagship program of ECI. Despite the central duty of the ECI to ensure universal franchise, the Committee noted that in Budget 2019-20, only 51 paise per elector were allocated for activities of SVEEP, and the ECI wasn’t able to utilize even that!

The Cost of Viability

It is interesting to note that one of the earliest demands for linking Aadhaar and Voter ID came in 2012 from the Unique Identification Authority of India (UIDAI), as a way to legitimise the controversial project. The Aadhaar database is ridden with errors, and one estimate puts the demographic error rate in Aadhaar to be 1.5 times the error rate in Voter ID. Thus, for Aadhaar and Voter ID linking to actually weed out duplications, people will need to keep getting it updated. As per an RTI response, 80 to 90 million updates are carried out by UIDAI every year. In the year 2019-20, UIDAI started charging for its services, including for updating and enrolment, and earned a revenue of Rs.151.39 crore that year!

Speaking at the One Vote Conference, Dr Usha Ramanathan underscored that the Aadhaar infrastructure was designed as a self-cleaning system. She argued that errors in the database can lead to exclusion from welfare schemes, hence it is in the interest of people to keep updating it. She also mentioned that the founders of UIDAI claimed that Aadhaar was never formulated for government use, rather it was meant to facilitate the infrastructure for a digital economy. Thus, it is fair to say that the voters are being coerced into sustaining and providing legitimacy to the Aadhaar ecosystem through this linking, which may come at a cost to their franchise.

Competing Costs For Our Democracy – What Should We Choose?

Purification of electoral roll and removal of duplicate entries is an important governance objective but it is imperative to be mindful of ground realities. Many of those who have duplicate entries are likely to be people migrating for studies, work, marriage or other reasons and genuine voters. The cost of disenfranchisement of such genuine voters is much too high for a democratic nation when compared to the cost of inclusion of some duplicate entries—especially when there are no independently verifiable estimates on the extent of duplication. Also, duplication by itself is a problem if the person actually turns up to vote at two different places. However, no data is available to show that many people are indeed voting from two locations.

The lack of reliable evidence, improper parliamentary scrutiny and scant consideration for other costs of linking Aadhaar with voter IDs can affect citizens and their right to vote. Are we ready to bear these costs?