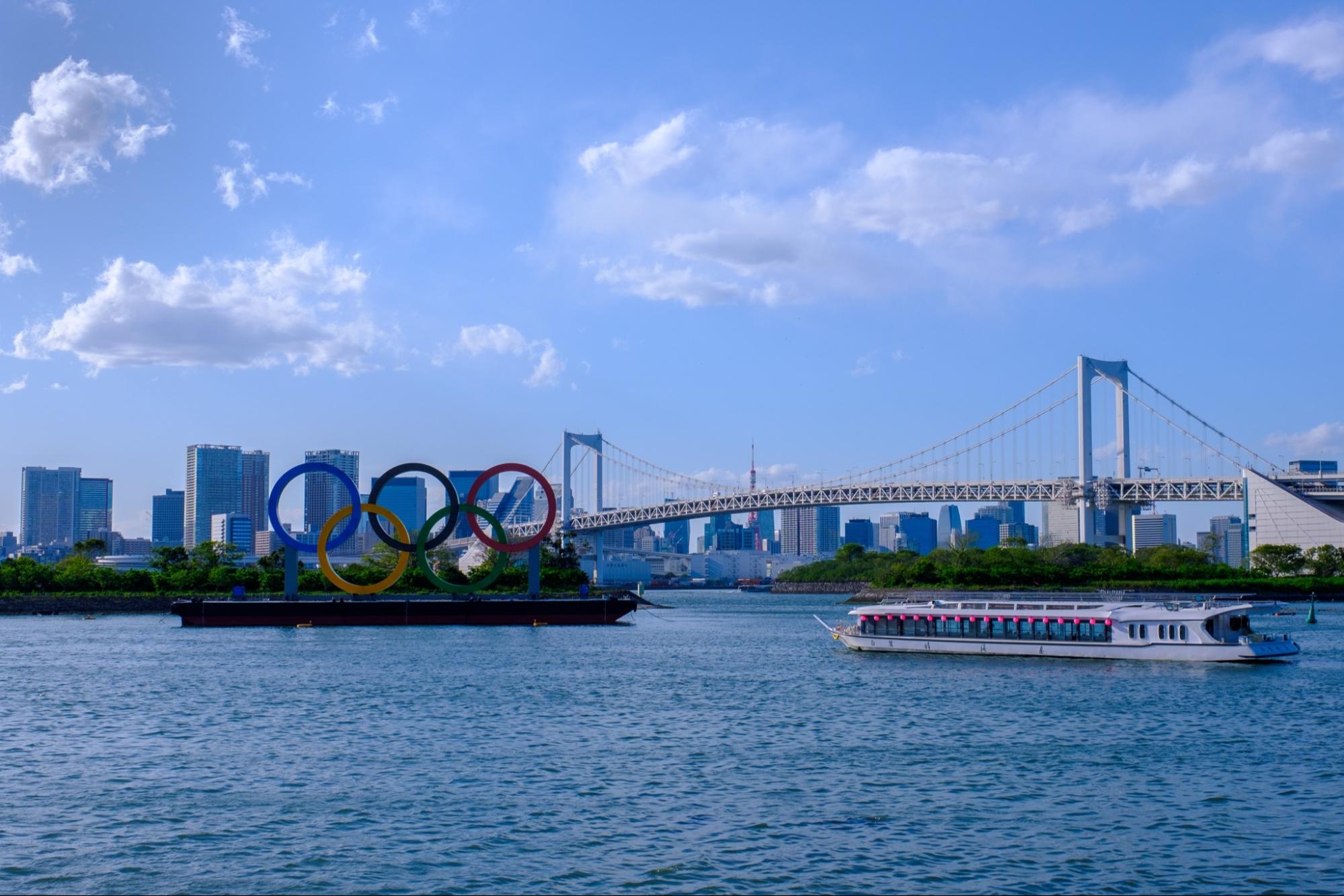 As countries reel under multiple strains of the COVID-19 virus and athletes continue to prepare under challenging conditions, the disarray around whether the 2021 Tokyo Olympics scheduled for July 23rd would go on has been dealt with in a clear statement. “I believe that the possibility of these Games going on is 100 percent,” said Seiko Hashimoto, the president of the Organising Committee, “unless various countries around the world experience very serious situations, and delegations can’t come [to Japan].”

The international prestige of hosting the Games, the expenses already incurred and the curious case of Japanese elections have ensured that the show will go on. But, just 50 days before it is scheduled to begin, Hashimoto’s reassurance does little to explain why an event like the Summer Olympics has been mired in such frenzied uncertainty. Spectators across the world will be witness to how this unpredictability has affected contingents, Japanese health officials, and locals. But how did we get to this point? What elements have complicated Tokyo’s ability to assure the world that the Olympics would be held amidst a pandemic?

United by Uncertainty: The Case for Canceling the Event

The 29th edition of the Summer Olympics was originally scheduled between 24 July and 9 August 2020. The International Olympic Committee (IOC) postponed the Games by a year in light of the coronavirus pandemic; twelve months later, with close to 170 million coronavirus cases worldwide and a death toll (by conservative estimates) in excess of 3.5 million, global health concerns around the Games are well-justified.

Despite the Japanese government’s pledge to host a “safe and secure” Olympics, the public consensus seems firmly against hosting the event. So far, less than 3 percent of Japan’s population has been fully vaccinated against COVID-19. The country is experiencing its ‘fourth wave’ of COVID-19, having recorded over 13,000 deaths. Since April 25, Tokyo and other cities have been in a state of emergency that is set to be extended until the third week of June. Although the IOC has maintained that the Games will go ahead, a recent Reuters poll found that nearly 70 percent of Japanese respondents wanted the Games to be postponed or cancelled.

Demonstrators protest against the #TokyoOlympics in the Shimbashi and Ginza areas of the city. Photo: Viola KamSOPA Images/LightRocket via Getty Images
Week End reader pic.twitter.com/hEYimOpiOK

6000 members of the Tokyo Medical Practitioners’ Association wrote an open letter to the PM declaring that doctors and nurses in the city were exhausted and in no position to handle a potential surge in cases due to the Olympics.“All of the different mutant strains of the virus which exist in different places will be concentrated and gathering here in Tokyo… it could even mean a Tokyo Olympic strain of the virus [emerging]…which would be a huge tragedy and a target of criticism for a 100 years,” said Naoto Ueyama, the head of the Japan Doctors Union. Considering that no overseas fans are allowed and that athletes undergo regular testing and monitoring before entering Tokyo, a “Tokyo Olympic strain” may be a slightly alarmist public health concern. However, Ueyama’s words have not been lost on those involved with the Games. On Thursday, 10,000 local Olympic volunteers quit over fears of contracting coronavirus, among other organizational woes.

In a survey conducted by Japanese daily Asahi Shimbun, just 14% of public respondents were in support of the Games being held as per schedule. Only 3% wanted the Games to be organised with regular spectator capacity. Asahi Shumbum, which also happens to be an official media partner of the Tokyo Olympics, recently published an editorial that implored the Japanese Prime Minister Yoshihide Suga to “assess the situation” and “decide on the cancellation of the event this summer.” It asks the government: “What do you get and lose when you force a festival that is not blessed by all, leaving a division in society?”

“United by Emotion” is the official motto selected by the IOC for the Tokyo Olympics. Yet, it seems as though Japanese locals have found unity in an emotion that has become unnervingly familiar to us all: uncertainty. Interestingly, Japan also goes to polls later in 2021. Most political analysts would worry for the government in power, looking at the considerable public opposition that has mounted against the Olympics being held in Tokyo. Some may go so far as to label the Suga administration’s decision to host the Olympics as per schedule to be ‘political suicide’ in a democracy. This would hold good if it weren’t for two factors that matter a great deal to the Japanese government, and incidentally the IOC as well: international prestige and money.

The Curious Case of Japanese Elections 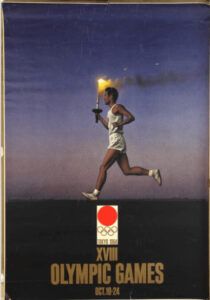 There is no sporting event that matches the political and cultural clout of the Olympic Games (and when in doubt, recall how Adolf Hitler converted the 1936 Berlin Olympics into a Nazi-sponsored spectacle). In fact, only three Summer Games have ever been cancelled, in 1916, 1940, and 1944, all due to the World Wars. This reality has not been lost on Japan’s Prime Minister, Yoshihide Suga.

In 1964, the last time Japan hosted the Olympics, the Games played an instrumental role in bringing Japan back into the international fold. It asserted the island nation’s economic resurgence following WWII and showcased Japanese culture to an unprecedented international audience.

It is nearly impossible to resist the international prestige that comes with hosting the Olympic Games. However, what makes the temptation to host the 2021 Olympics amidst a global pandemic is the fact that the opposition swelling amongst Japanese citizens is unlikely to have major political consequences for Yoshihide Suga’s administration and their returning to power.

2021 marks the first polls that PM Suga will be contesting after taking over from Shinzo Abe. But, due to the historically low voter turnout in Japan and the peculiarities of its electoral process, Suga’s Liberal Democratic Party (LDP) doesn’t need even close to a majority of the public on his side. A case in point is the 2016 general elections which saw the LDP win 60% of the seats in the Japanese parliament, despite winning only 25% of the votes in their favour. The LDP’s track record speaks for itself: it has held power for 61 of the last 65 years. These factors mean that Suga is far from being politically disincentivised to host the Olympics; if anything, his administration has good reason to prioritise international prestige over local opposition.

Besides the Japanese government, the IOC stands to lose equally as much, if not more, from Tokyo’s inability to successfully host the Olympics, considering how several international sporting events have been held over the past year. With the Winter Games scheduled for Beijing in 2022 and the following Summer Games coming up in 2024 (in Paris), it is very much 2021 or bust for the IOC when it comes to the Tokyo Olympics.

The Show Must Go On!?

“Japan’s coronavirus situation is probably better than ours,” says Paralympian Amit Saroha, when asked by The Bastion about his preparation for Tokyo. “Wherever [in the world] an athlete is, they have to take precautions to save their lives. If we follow protocol, I see no reason for the Olympics to be postponed again,” he says, adding that “it has already been a wait of five years”. The wheelchair-bound discus thrower (F-51) has been training in Sonipat after recovering from the coronavirus himself. Having finished fourth at Rio in 2016, Saroha now has his eyes firmly set on winning a medal in Tokyo. “As athletes, we cannot worry too much about [the organizational issues]… we just have to stay positive, train hard, and be prepared to perform no matter what the conditions are,” he asserts. Many of India’s athletes are determined to participate in Tokyo next month because it may well be their last chance to represent the tricolour on the world’s biggest sporting stage.

A post shared by Sports Authority of India (@media.iccsai)

Athlete sentiment notwithstanding, hosting the Olympics is also an incredibly expensive affair. Japan has already invested north of $25 billion into the Olympics, 80 percent of which comes directly from the country’s taxpayers. Economists at Kansai University have estimated that Japan could lose a whopping $41 billion if the Games were to be cancelled. As for the IOC, a whopping 73 per cent of its income comes from selling television rights for the Games. It is anybody’s guess as to how much money the IOC stands to lose if the event were to be called off. Private broadcasters will be praying that nothing changes herein: NBC, for example, has spent no less than $12 billion for combined rights fees for every edition of the Games between 2012 and 2032 in the US.

Are We There Yet?

One has to be sympathetic to the Japanese government about dithering and delaying the confirmation of the 2021 Olympics. Here’s why: legally speaking, the decision to cancel the Games is the prerogative of the IOC. The contract between the IOC and the host city of Tokyo states that only the former is vested with the power to cancel the Games, as the IOC is the “owner” of the Olympics, and the Games are the IOC’s “exclusive property”. So, while the IOC could afford to wait and watch how the coronavirus situation has unraveled across the world, Japanese authorities have been scrambling to instate protocol and safety measures for all those involved with the Games.

Hon’ble PM @narendramodi Ji reviewed India’s preparations on the occasion of 50 Days to Tokyo Olympics. He said, “The wishes of 135 crore Indians will be with our youngsters who are participating in the Olympics” and called the entire nation to cheer for athletes! pic.twitter.com/v1k2gpXcrB

Athletes in every country will certainly be anxious about living in one of the world’s biggest bubbles at the Olympic village, “but if there’s one country that can do it better than any other, it’s Japan,” says John Gloster, the ex-physio of India’s cricket team. As the Head Physiotherapist of the Rajasthan Royals team, he has spent a considerable amount of time living with and caring for athletes within bio-bubbles. In conversation with The Bastion, Gloster recalls his recce with GoSports Foundation‘s delegation to the Olympic village and venues in Tokyo, just before the event was cancelled in 2020. “The Japanese are very systems and process-driven… they are meticulous about things,” he says. Be it with Australian Rules Football, the UEFA Champions League in Europe, or the Indian Premier League held in UAE and then in India, Gloster believes that athletes and fans should take heart from the fact that “sports organisers have gotten pretty good at managing events safely since the 2020 Olympics was cancelled”.

Whatever said and done, the fact remains that few sporting events can lay a finger on the Summer Olympics in terms of the organizational challenges “bio-bubbles” behold. Over 11,000 athletes are set to descend upon Tokyo from 200+ nations, participating in 300 events across 33 sports. All this, within secured environments, packed into two weeks. The stakes, in terms of the logistics of it all, have rarely been higher. Suga’s administration and the IOC are walking the knife’s edge with this Catch-22.

What hangs in the balance is the legitimacy of the Olympics as a symbol of international togetherness and fraternity, especially given how fraught the local situation is in Japan. For now, fans and every participating athlete can only hope for more certitude and clarity from the organisers on the road to Tokyo.

Watch John Gloster in conversation with Chirag Chinnappa about his confidence in Japan’s ability to safely conduct the 2021 Olympics as per schedule, and how athletes will be cared for within bio-bubbles: