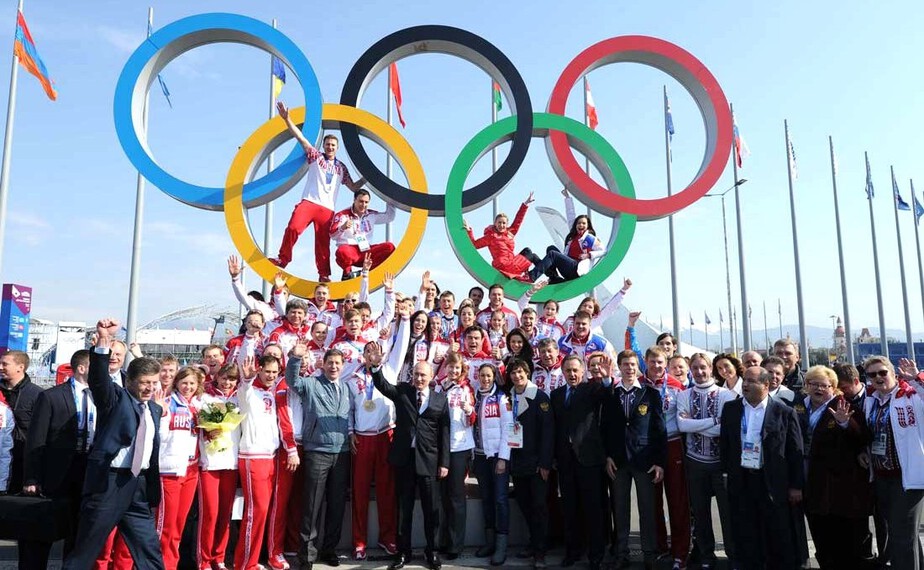 3.6 billion. That figure represents almost half the world’s total population. It is also the estimated number of people who tuned in to watch the 2012 Summer Olympics in London, a record yet to be broken. Sporting events consistently mark the highest broadcast viewership statistics without any notable competition. They serve as a way for communities, despite many differences, to come together and relish the competition and spirit of the games.

Just this year, the International Paralympic Committee’s move to strip Malaysia of their rights to host the 2019 World Para-Swimming Championships raises several questions regarding the wider decision-making process to allot nations hosting rights. The Malaysian government’s refusal to permit Israeli athletes to take part seems to be a stance that they will not budge from. The IPC’s decision to maintain impartiality does simultaneously mean that they are turning a blind eye to the atrocities committed in Palestine.

Of course, the privilege to be a host is not given out without some form of deliberative process. The overseeing body of each of these competitions — the IOC for the Olympics, the ICC for the Cricket World Cup, and FIFA for the Football World Cup for instance — are responsible for delegating hosting rights to nations. A bidding process is the first step in each of these competitions, but its nature varies. The Olympics places no restrictions on which city can bid and, consequently, does not enforce a diverse set of locations. This is starkly different from the FIFA World Cup which has a continental rotation system that prevents consecutive tournaments from being in the same continent.

Once they have enrolled themselves into the bidding process, each country or city will be required to sign a preliminary agreement with the overseeing body that dictates the norms and terms through which the event will be carried out. Modes of payment, the cities, stadium requirements, transportation, and accommodation would all be laid out in this deal. The actual groundwork for the event is then carried out by a local body that works alongside the governing one. The final decision is then taken by a procedural vote by board members of the overseeing body.

However, the process is rarely seamlessly carried out. Conflicting interests and opinions between the overseeing body and the organisation committee, corruption within board members, and international political disputes, all hinder perfect execution.

The Consequences of Impartiality

The Malaysian government’s firm stance to ban Israel from participating in the World Para-Swimming Championships illustrates the problems an international competition can have with nations without diplomatic relations. Israel’s treatment of Palestine has consistently drawn outrage and discontent amongst Muslim majority nations world over.

The Malaysians are not without reason for their actions. To them, human rights atrocities take precedence over the prestige of an event. International overseeing bodies like FIFA and the IOC have the difficult task of reconciling these differences between nations and also allowing for a diverse set of locations to promote their sport.

The IPC (International Paralympic Committee) stressed that inclusivity of all Paralympic athletes was a fundamental ethic that the event builds itself on. However, does serving one good end exonerate you from ignoring terrible tragedies in the same breath?

The plight of Palestinian citizens cannot be dismissed, but there is little that the IPC can really do. Malaysia is well within its sovereign rights to disallow Israeli athletes from taking part in a competition on their turf. Simultaneously, the IPC/IOC essentially needs to make a judgment call between remaining impartial and taking a political stance. Given that the entire premise these events build themselves on is inclusivity, they have no choice but to strip Malaysia of their hosting rights to retain their own ideals.

Competing in the Olympics is so normative to being a recognised nation that a ban on participation could move the affected nation to make internal changes. However, it is incredibly difficult to even imagine the IOC taking such a drastic step. To do so would jeopardise the ideals the Olympics stand for. Ultimately, the IOC can only realistically grant hosting rights to nations who are free from diplomatic controversy.

The Malaysia situation is not the first of its kind. An internationally sanctioned Judo tournament held in Abu Dhabi in 2017 saw an Israeli athlete take gold. Customarily, the normal procedure that follows would have seen the Israeli anthem being played and the flag hoisted. Given Abu Dhabi’s staunch anti-Israel position, they refused to do either, prompting the Israeli athlete to defiantly sing the anthem during the prize ceremony. The International Judo Federation decided to take stringent action on the UAE by stripping them of hosting rights until they could promise equal treatment. Consequently, the government promised that in the future, they would allow for the Israeli flag and anthem to be put on show.

A fairly similar situation took place in late February between India and Pakistan. Two Pakistani shooters were denied visas to compete in the ISSF Shooting World Cup (a qualification contest for the Tokyo 20202 Olympics) in New Delhi as a consequence of the Pulwama terror attacks. The IOC maintained their no discrimination policy, deciding to suspend India from hosting future Olympic related events till the Indian Olympic Association (IOA) could guarantee entry for all athletes.

In October of 2018, Sagi Muki took gold in the International Judo Federation’s Grand Slam competition in Abu Dhabi, resulting in the Israeli anthem being played for the first time. Despite the absence of diplomatic ties between the nations, the milestone definitely does mark some form of rapprochement between Israel and the Middle East that was catalysed by an international sporting body.

Problematic instances like these transcend sports, but they also shed light on how sporting events and organisations can have a positive impact on these issues. The entire concept of sporting events at the international level is to put aside differences and revel in the game. It is far from an ahistorical concept, with plenty of instances where sports has ended or at least tempered conflict.

The situation is far from black and white of course. We cannot simply enforce a nation to change their political stance towards another when legitimate grievances do exist. At the same time, we cannot be remiss towards the potential for sport to solve dispute and spread positivity. Hosting an international event is immense for any nation but we also need to recognize the array of issues that can hinder them. International sporting events represent a global celebration of competition, culture, and diversity but they are not immune from International Conflicts, Internal conflicts, and diplomatic disputes.