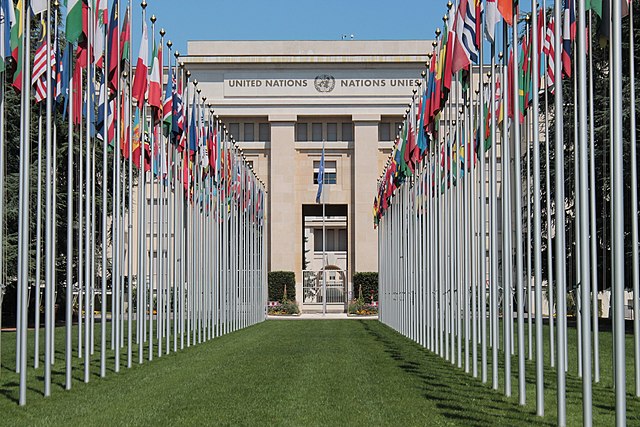 In November 2021, a group of international law scholars and practitioners petitioned the Indian government for greater legal capacity in international law. This started with a petition to the Ministry of External Affairs for greater documentation of State practice. In the most basic terms, State practice is conduct that is attributable to a State. While the list of what constitutes this conduct is long, it largely consists of national legislations, statements made by authorized representatives in international fora, and the case law of domestic courts. For example, if a State chooses to resolve a border dispute by sending its army to occupy the disputed border, it would amount to state practice. According to Article 38 of the International Court of Justice Statute, such State practice coupled with the State’s sense of legal obligation can create international law. Thus, State practice is one of the means by which governments, as representatives of their people, contribute to and accept international legal norms. At least on paper, this is meant to solve the legitimacy problem of international law- what states do and say can be presumed to constitute their consent or general acceptance of ideas.

The fact that state practice is a source of international law bears particular relevance given that in the world order, former colonies such as India and other “developing” countries are often presented as losers or trouble makers in the international legal order but never as protagonists of alternate forms of transnational legal orders where they bring their own histories and experiences.

The petition to the MEA had four key recommendations- enhancing accessibility of existing documents, making available information and deliberations that are instrumental to the treaty-making process, generating documents that are compatible with extensive and rigorous archival of state practice and engaging the civil society.

Even though the petition was addressed to the MEA which has been in charge of foreign policy post-independence, international law is a concern for most Ministries. For instance, the Ministry of Commerce negotiates international trade agreements, the Ministry of Home Affairs looks at extradition, and the Ministry of Finance engages with investment law. Others, like the Ministry of Environment, Forests and Climate Change, deal with negotiations on various environmental issues. Further, both national and state governments are constantly implicated in the formation, monitoring, and implementation of international law on complex issues pertaining to the environment, employment, migration, and regional development. Despite what India’s centralized form of federalism would lead one to believe, individual states are key stakeholders in international law.

Why Does International Law Matter?

Many people find international law abstract.  In mainstream discourse, war and peace or relationships between countries are often considered to be questions of power and influence as opposed to questions of law. Some go so far as to argue that there is no such thing as international law, a claim bolstered by the current Russian invasion of Ukraine. Non-compliance with international law does not undermine its existence. International law goes far beyond the United Nations, and cannot be chalked up to men in suits exchanging diplomatic handshakes in the General Assembly.

Indeed, examples of the more mundane life of international law abound. Can the urban transformation of Delhi be separated from the financial investments it receives from the everyday operation of international law and the benchmarks it sets for domestic decision making? Tellingly, back in 1997, Oscar Schachter, an American international law professor, noted how the role of the State “has been reduced by the explosive growth of direct foreign investment by transnational corporations.”

Even day-to-day lifestyle choices are impacted by the functioning of international law. Think about this- a Coldplay concert in India is only possible because of a network of double taxation agreements that enable the artists to perform outside their own countries without their income being taxed twice.

However, International law, born in 17th century Europe, is both liberatory and hegemonic exacerbated by the vast differences in economic and political power between developed and developing countries, and even among developing countries. Rather than serving as a  neutral generator and arbiter of legal rules and norms, International legal doctrines such as the “standard of civilisation” or “rule of law” are used to dubiously characterise states as “outlawish” or “rogue” to legitimize more forceful military strategies against them are all evidence of this reality. Nowhere is this as easily apparent as in the human rights discourse which was once seen to be instrumental to the anti-imperial struggle but was also used by states to further their military agendas and by international organisations to support economic reconstruction.  At least part of the reason for this questionable legitimacy of international law can be attributed to the lack of access and attention to non-European state practice.

How Does International Law Impact the Right to Vaccines and Patents?

Rather than simply ‘complying’ with international law, the petition to the MEA represents the opportunity for States to bargain in light of these laws, and around them.

For instance, there are ongoing negotiations at the World Trade Organisation (WTO) to waive the intellectual property rights on technologies needed to combat the COVID-19 pandemic. According to the Agreement on Trade-Related Aspects of Intellectual Property Rights (TRIPS), member countries are obligated to grant Intellectual property rights protections. This includes patents with a minimum term of 20 years and other IP protections related to vaccines and pharmaceuticals. The TRIPS Agreement incentivises patent holders, usually Big Pharma, to innovate solely for profit at the detriment of countries in the global south. This explains why there are numerous drugs to treat erectile dysfunction but not malaria.

During the pandemic, such protections resulted in Western states outbidding each other to get booster doses while huge sections of the populace in Asia, Africa, and Latin America remained unvaccinated. This issue is even more infuriating when one realises that vaccines were the result of a private-public partnership, funded by taxpayer money. Thus, a TRIPS waiver is critical for equitable access to vaccines, tests, and treatments so that countries such as India and South Africa can produce medical tools to protect their populations and export them to other countries in need.

To do this, in October 2020, India and South Africa submitted a proposal to the Council for Trade-Related Aspects of Intellectual Property Rights (TRIPS Council) of the WTO, calling for a temporary waiver to combat the global pandemic. This waiver aims to suspend Sections 1, 4, 5 and 7 of Part II of the TRIPS Agreement and the related enforcement obligations under Part III ‘in relation to the prevention, containment or treatment of COVID-19’.

India used to be a dauntless challenger to the monopolistic cartel of multinational pharmaceutical companies and their predatory pricing of medicines to treat diseases like AIDS – changing the perceptions of the disease from a death sentence to a chronic illness. Yet, when it comes to the current TRIPS waiver, there has been no statement or explanation regarding India’s position on the waiver.

This is crucial because the present compromise text is limited to vaccines, underlying technologies, and ingredients and there is no concession on therapeutics, diagnostics and ingredients, and processes. It also has several TRIPS conditions such as disclosure of information only in the case of compulsory licenses.

In a bizarre turn of events, India has discouraged the use of compulsory licenses – a flexibility that is enshrined in the TRIPS agreement. This allows the government the right to issue a license to make use of a patent without the patent holder’s consent regulated by Article 31 of the TRIPS Agreement. This would have been a useful tool given India’s manufacturing capacity, but past events suggest that States are often hesitant to use compulsory licenses for fear of backlash and lawsuits. In April 2021, for example, Gilead launched a lawsuit before the Supreme Court of Russia, challenging the compulsory licence granted on remdesivir, an antiviral drug, by the Russian government.

It is hard to make sense of this for anyone who does not have access to the networked information via government channels. Indeed a group of NGOs and civil society members including Campaign for Access to Medicines, Diagnostics and Devices-India, Forum for Medical Ethics Society, Mumbai, Drug Action Forum and All India Drug Action Network drafted a letter to the Prime Minister dated May 28 calling for a “renegotiation of the text” and criticising the Commerce Ministry for being “opaque and chillingly silent” regarding the TRIPS waiver proposal since the second half of 2021. Given the huge implications this has for the general populace shouldn’t this also be subject to more public discourse and debate?

The second example is one where we can see Indian state practice contributing positively to the development of international environmental law. Now, issues such as climate change are likely to have profound and devastating impacts on India, impacts that will make the task of development and poverty eradication considerably harder. Climate change is particularly fascinating to study in this regard because it reveals the limitations of existing international legal doctrines that managed to save “some trees” but failed to keep “the forest”.

It is impossible to put countries like the United States, which have been able to industrialize over several decades, on the same footing as countries like India, which have their own set of issues, namely population explosion, poverty, and the lack of fulfilment of basic human rights to deal with. A basic example of this ongoing tension is the use of DDT. On one hand, the use of DDT is alleged to have controlled Malaria but on the other, it is listed as a persistent organic pollutant whose use should be greatly reduced by the Stockholm Convention on Persistent Organic Pollutants.

Yet, cognizant of the growing need to combat climate change, India today has to balance environmental degradation while domestic pressures also make it responsive to development concerns.

Against this backdrop, there is a fascinating judgment on forest protection by the Madras High Court wherein it invoked parens patriae jurisdiction to declare “Mother Nature as a living being having rights akin to fundamental rights.” In doing so, the Court relied on an earlier judgement of the Uttarakhand High Court, which had declared the glaciers as legal entities to preserve and conserve.  Crucially, however, domestic judges do not see their work as creating state practice. This reveals something interesting about our perception of international law particularly given how often the Indian Supreme Court relies upon various international treaties and principles, giving them direct, domestic effect even when the Indian government had made reservations to the contrary.

Also read: Out of the Woods: How Mother Nature as a Legal Being Can Help Attain Ecological Justice

This Indian contribution to state practice gives it the opportunity to be a leader such that trade-offs could be made and a consensus on norms reached.

Ultimately, addressing the MEA and asking them to simply improve the accessibility of documents clarifying India’s international legal positions is a “head fake”. Our real mission is to sustain a constituency that cares about international law and proactively uses it to develop and defend its own priorities. In today’s globalised world, the dichotomy between the foreign and domestic policy is false. International law is everywhere and affects the ways in which individuals choose to live, interact and behave.