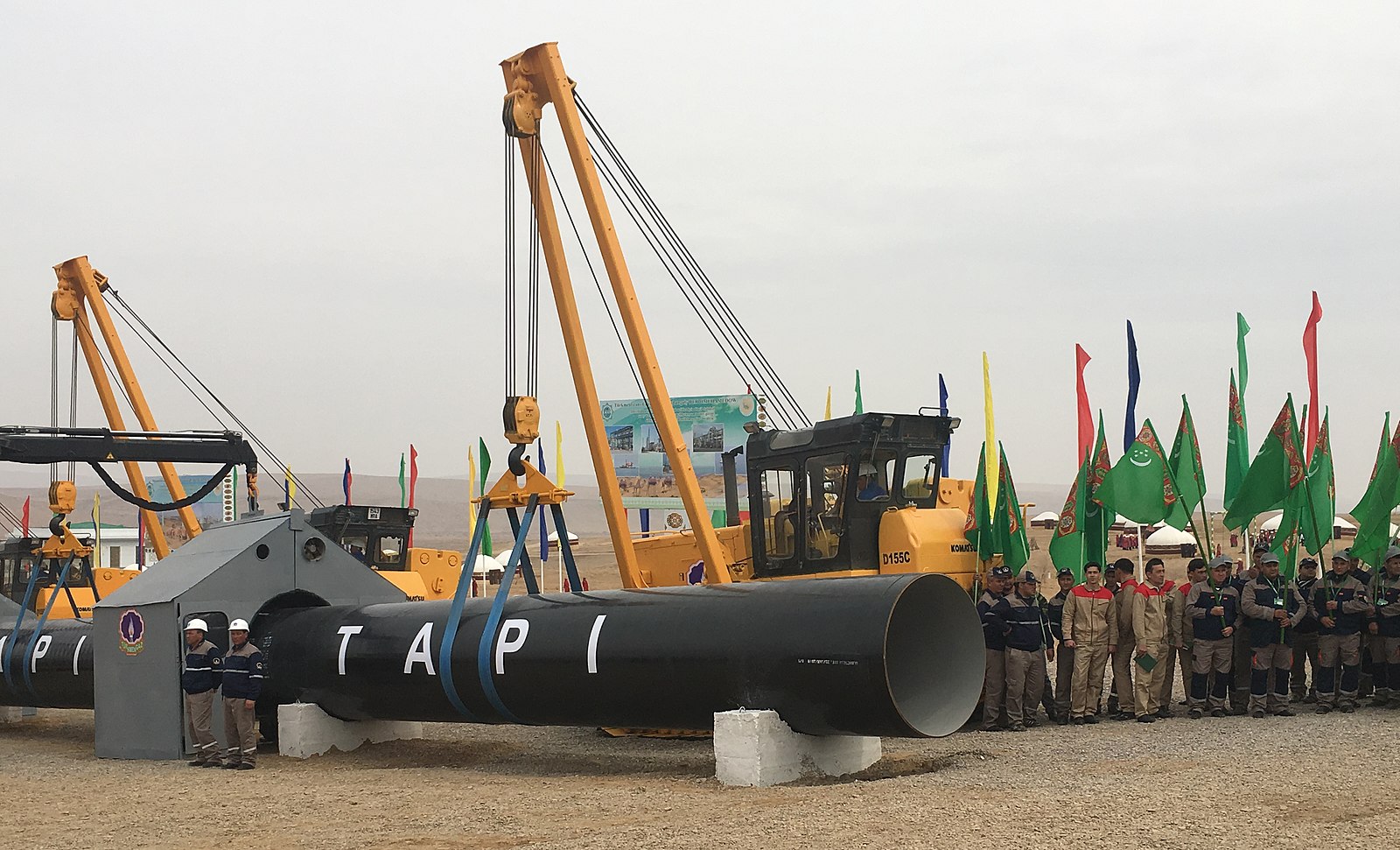 That chicken in Telangana and the Russia-Ukraine War could belong in the same sentence seems unlikely. Yet, when Russian forces began missile and artillery attacks on Ukrainian forces on 24 February 2022, it sent ripples across the globe—when the supply of chicken feed from Ukraine was hit, India stepped in to meet global demand. This raised the price of feed, and consequently chicken for Indians. Fertilisers met the same fate as chicken feed with Russia’s export capabilities being hampered, as did the world’s liquid gold—crude oil. With Russia being one of the leading exporters of crude oil, the war’s impact was quickly reflected in global prices.

Such global volatility—and the unique shocks it creates across markets worldwide—encapsulates just how interlinked the world we live in is. But for a country like India which imports up to 80% of its oil, this moment is a reminder of its precarious dependence on conflict-afflicted countries for crude oil. How does the Russia-Ukraine war and the subsequent rise in crude oil prices impact India, and what does it reveal about India’s geopolitical position in the global oil trade?

Of the heavy import dependence India has on oil, its dependence on Russia is only about 1%. The highest import —23%— comes from Iraq, followed by Saudi Arabia, UAE, USA, and Nigeria. Nevertheless, the global shocks to oil prices followed by the war are bound to have domestic impacts. With every $1 per barrel increase in crude, an estimated 60-70 paisa per litre increases in retail fuel prices in India. After an election season wherein fuel prices remained stable, the impact of rising crude prices is now being felt by the Indian consumer—the last ten days of March saw six hikes in petrol and diesel prices, leading to an increase by ₹4-4.10 per litre.

“The rising crude oil prices of course hamper India’s supply chain of oil, but this prolonged disruption in energy also has other severe consequences, like the depreciation of the rupee,” says Vaishali Basu Sharma, Former Consultant at National Security Council Secretariat. Sharma is right. A recent report by Crisil states, “with the rising demand for dollars to pay for expensive oil imports, the depreciation pressure on the rupee will intensify.” The rupee has indeed seen a rise in the last few weeks, from 74.5/$ before the war, to crossing 76/$ as of 18th March this year. The Crisil report also estimates that the depreciation is here to stay. Combined with the Russia-Ukraine war, other factors like rate hikes by the US Fed would ensure that the rupee depreciates further before settling to 77/.5$ by March 2023. “With the depreciation, one can expect a slight inflation, and that will have an effect on employment and livelihoods of people in the country,” Sharma adds.

Another impact is on a resource that is a popular find in most Indian homes—sunflower oil. India imports  175,000 to 200,000 tons of this household necessity every month, a majority of which comes from Ukraine. But since February, only about 152,000 tons have arrived in India, owing to the war. Indian households are already facing the brunt of this, as a litre of the edible oil now costs ₹195 in the retail market, as opposed to early February’s price of ₹ 141.

In the face of the crude oil rises—and as a “resolve to stand up against Putin” — the United States took a strong stance and banned any import of Russia’s oil, natural gas, or coal into the country. India took a route of its own, it is one that also sheds light on the long-term relationship between India and Russia.

India-Russia Energy Deals: A Thing of Recent Past

“This is a significant action…that will further deprive President Putin of the economic resources he uses to fund his needless war of choice,” said the White House statement,  after enforcing the ban on oil imports from Russia on 8 March. Soon after, reports surfaced of Russia offering India and a few other importers discounted prices on crude oil. As Canada, Japan, New Zealand, and Italy became few of the many nations who imposed sanctions on Russian energy, banking, private wealth, and technology—right from stopping operations of Starbucks in Russia to Paypal blocking Russian Banks— India mulled over these discounted prices. Three days later, reports confirmed that Indian Oil Corporation bought as much as 3 million barrels of crude oil that were offered by Russia at steep discounts of $20-25 per barrel. Hindustan Petroleum Corporation Limited soon followed suit.

Not all companies have signed similar contracts. Some companies whose assets are exposed to the United States, like Reliance, are consciously not getting into contracts because that would be a complete violation of the US-imposed sanctions on oil imports.

– Dr Gopal Sarangi, an economist and faculty at TERI School of Advanced Studies

Why India chose to make use of the oil discounts becomes clearer looking at recent energy decisions that the two nations have committed to. When Prime Minister Narendra Modi was on his 2019 visit to Russia, he signed a Memorandum of Intent on developing a new trade route to transport oil amongst other goods from Russia to India. This 5600 nautical mile route between Vladivostok in eastern Russia and Chennai in India would take only 24 days, as opposed to the 40 days currently taken via the eastern Europe trade route.

With 2020 came another such development. Public enterprise Indian Oil Corporation (IOC) signed a contract with the Russian oil exploration and processing company Rosneft for the supply of two million tonnes per annum of crude oil to India through the port of Novorossiysk on the Black Sea. This was seen as Russia’s attempt to focus on strengthening trade ties with India through oil and gas—a resource that India lacks in domestic reserves—besides the already existing trade for defence systems.

“Considering these developments that would benefit India’s import basket of oil, it becomes understandable as to why India chose to abstain from voting in the UN General Assembly on demanding an immediate end to the Ukraine invasion,” Sharma adds. “But, the current war is also a reminder that India’s import dependence puts it in a constantly volatile and precarious situation to global shocks. India needs to look for oil import options that are stable, cheaper, and closer. Be it Russia, USA, or OPEC, India should maintain a diverse mix of suppliers in the interest of its energy security. As a second goal, it needs to look out for its own economy, and therefore [account for] discounts, long-term if possible. India has significant investments in Russian energy and that relationship should continue.”

This is not the first time that India has been at the centre of rising oil prices due to political uncertainty. In June 2019, two oil tankers were damaged by explosions in the Gulf of Oman, as tensions between Iran and the US escalated. As this route fell under the Strait of Hormuz, the world’s most important oil chokepoint, it hiked oil prices, as international trade was impacted. India faced the brunt—of the 83% of total oil it imports, a huge 65% comes through the Strait of Hormuz. With such geopolitical uncertainties and volatility of oil prices, the “Indian economy is and will become even more exposed to such risks,” a 2020 International Energy Agency review stated.

One way to reduce the shocks that India faces due to its high import basket of oil is to diversify the basket with other resources, like natural gas. Compared to other petroleum products, natural gas is known to have lesser carbon and is also considered a ‘bridge fuel’ to transition from fossil fuels to clean energy. Amit Bhandari in his book India and the Changing Geopolitics of Oil states that India imports natural gas from Qatar, Australia and the US—not India’s traditional energy suppliers. “Widening the supplier base automatically reduces supplier risk… Moreover, Australia and the US are stable democracies – they don’t face instability that is common to oil-rich countries in West Asia, Africa and South America,” he continues in his book.

But, even diversifying to natural gas does not escape the impacts of geopolitical instability, as is evident in natural gas pipeline plans that India has initiated with its neighbours. An Iran-Pakistan-India (IPI) pipeline to transport gas was preliminarily signed in 1995 but fizzled out over the decades. A major reason, as Sanket Sudhir Kulkarni discussed in his 2016 paper, was the constraints in attracting risk capital for the project—India found it difficult to find insurers for its crude oil imports from Iran, which is considered as hostile territory. Moreover, Iran had earlier shown lukewarm interest in the IPI pipeline, owing to the fact that Iran needed gas resources to meet its own domestic demand.

Decades later, another pipeline deal backed with investments made headway, which could aid India in reducing its dependence on Saudi Arabia. A Turkmenistan-Afghanistan-Pakistan-India (TAPI) pipeline was envisioned, and a groundbreaking ceremony was held in Turkmenistan in 2015. Estimating a delivery of 90 million metric cubic metres per day of gas from Turkmenistan to South Asia, the pipeline would cover nearly 1700 km of distance. Unlike the IPI project, attracting investments for this project became easier after the Asia Development Bank (ADB) extended firm support backed by the US. However, after the Taliban took control of Afghanistan last August, ADB refused support until the Islamic Emirates of Afghanistan is recognised, proving yet again the impact of geopolitical instability on India’s oil supply.

Apart from pipelines, diversification to other energy sources can help reduce India’s import dependence. And that is not the only strategy.

“Diversifying is an important long-term strategy but equally challenging,” Sarangi mentions. “For instance, many Indian states are promoting electric vehicles (EVs), but we need to also work to change the energy mix [a breakdown of primary energy sources for a country]. With EVs then, we should be prioritising its use in public transport, while most of the policies currently still focus on private transport, which would change the energy mix only minimally.”

To increase our domestic production and reduce import dependence by 10% by 2022, India also launched the Hydrocarbon Exploration and Licensing Policy (HELP), a policy to boost the production of oil and gas in India. It envisions doing so by making exploration of all hydrocarbons smoother through steps like uniform licences for exploration and production. Sarangi mentions another exploration India can benefit from. “India is also home to basins of shale gas, which can diversify from oil demand. But fracking shale gas comes with concerns of large water requirements for the process, as well as the water pollution it leads to… we have to be mindful of it,” he adds.

The current Russia-Ukraine war goes to reveal India’s volatile position in the oil market, which has persisted through history and may well be here to stay. Yet, even as India gears up to reduce its import dependence when it comes to oils, especially crude, it should not come at the cost of diluting environmental norms, or we will be staring in the face of a vulnerability of a different kind, comprising ecological and climate exposures.