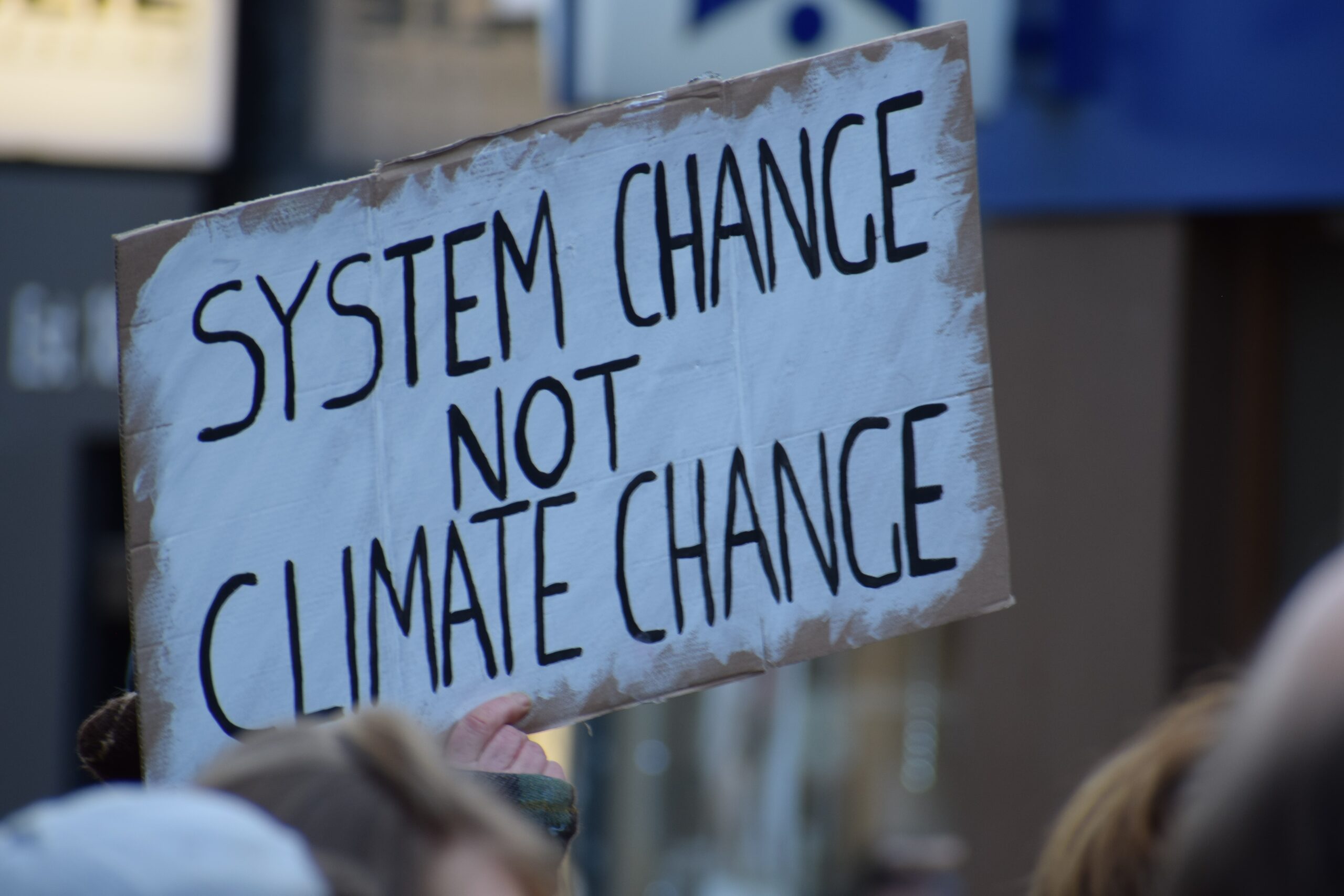 In 2015, the Indian government submitted its climate mitigation and adaptation targets via the Intended Nationally Determined Contributions (INDC) to the UN Framework Convention on Climate Change (UNFCCC). The INDC detailed the country’s plan of action to combat climate change, estimating an expense of USD $2.5 trillion between 2015 to 2030 for fulfilling its commitments. However, the government has been highlighting major issues in receiving requisite funds from developed countries. But how do governments deal with these finances?

At the international level, however, significant strides are being made towards comprehensively understanding climate finance. The OECD has provided a detailed definition of climate mitigation and adaptation in the Rio Markers [1], making it easier to classify the relevance of projects under these two categories. Multilateral and bilateral organizations have followed suit with these Markers, making them an effective tool to track climate finance.

Closer to home, ‘Climate Change Public Expenditure and Institutional Review’ (CCPEIR) is a methodology that has been adopted by neighbours such as Nepal, Bangladesh, and Pakistan. CCPEIR analyses climate fiscal frameworks from the prism of policy development, institutional structures, and public finance management. It is crucial to examine climate financing in these spaces because climate change is all-pervasive. It heavily impacts development and government expenditure across various sectors. This is where the notion of climate ‘budgeting’ becomes relevant.

India needs to adopt climate budgeting as an important exercise to track the flow of climate funds, develop a long-term strategy to combat climate change, attract finance from diverse sources, and most importantly, mainstream the issue in policymaking.

The Union Budget does not separately label anything as ‘climate finance’ per se; often, it is clubbed with funding for developmental programmes. The formal absence of climate budgeting prevents exact reporting on climate action, in turn making it difficult to track public expenditure. At a national level, there is no systematic tracking of climate finance through a measuring, reporting, and verification (MRV) system, which is a process being adopted by many countries in the world.

Some states in India have taken steps to incorporate climate budgeting into their public finance management systems. Chhattisgarh, Assam, Maharashtra, Bihar, Odisha, and Kerala are tracking the climate change relevance of their developmental projects through budget coding. For example, by adopting and extending The State Action Plan Financing Framework (SAPFIN), Odisha’s climate budget for 2020-21 measures the share of developmental programmes relevant to climate change. That is, they calculate the spending on specific benefits that improve climate resilience as a percentage of the total outlay across eleven sectors. Additionally, they also measure the sensitivity of these benefits vis-a-vis climate change in the absence of additional interventions. The SAPFIN methodology for climate budgeting is in use in a few other states as well.

Gujarat, the first state to establish a Climate Change Department (CCD) in India, adopted a different approach. Their CCD prepared a separate budget for climate change called ‘Climate Change Budget Scheme’ which earmarks funds for specific climate change programmes. Although its utilization has come under scrutiny, such reforms must set the trend for other states while designing appropriate policies.

Overall, except for a handful, state governments in India have been slow to kickstart a climate budgeting process. Even among those that have, either in the form of budget coding or directly earmarking funds, the process seems to be driven by external agencies and has not been institutionalized [2]. Additionally, the Climate Change Finance Unit (CCFU), an institution created to provide policy direction on climate finance, has been unable to address the fragmented structure of governance and coordinate the flow of climate finance.

You May Also Like: Budget 2020: How well is India financing its fight against climate change?

As a result, many financing channels exist in the country independent of governmental oversight. They are managed by multiple actors with their own interests. A climate budgetary framework can help address these coordination failures to a certain extent by streamlining the flow of finance across various spending agencies, all the while being anchored by the government.

As climate change-related disasters take lives and destroy livelihoods and public infrastructure across the country, there is an urgent need to begin tracking the flows of climate finance on the basis of respective states’ needs.  This will allow state governments to assess the climate relevance of monies spent on developmental projects. For example, MNREGA projects for conserving water or irrigating fields have climate change relevance, but they are not captured as outlays towards climate change mitigation or adaptation!

#AspirationalDistrict Gaya has increased its water table by 17 ft in the last 1 yr by creating 1650+ ponds, 329 check dams, 2000+ trenches & soak pits. Data provided by GIS mapping proved to be a gamechanger in this mammoth effort by the locals.

Domestic outlays aside, reforms in the working of India’s climate financing framework is necessary to align with globally accepted standards. The World Bank reports that non-OECD countries will need to develop knowledge about multilateral and bilateral institutions’ complex operational requirements and eligibility criteria for receiving funding towards climate action.

For example, promoting gender equality as a co-benefit is an important criterion for any project to receive funding from the Green Climate Fund (GCF). However, Indian states have shown a lax approach to gender-responsive budgeting for climate adaptation-related sectors. Under the UNFCCC framework, India also needs to fulfil other reporting requirements such as submitting biennial update reports and national communication on progress made in achieving its intended targets. Such submissions also allow governments to highlight resource constraints they face.

A climate budgetary framework can assist the government in gathering credible information for such reports while increasing transparency and global accountability towards the country’s climate action. It will put an end to practices such as incorrectly labelling development projects with marginal climate co-benefits as ‘climate change projects’. Given the Indian State’s myopic approach towards interventions and climate finance, instituting budgetary processes will be crucial to sharpen its ability to achieve long-term climate action goals.

A long-term strategy will help state governments overcome challenges that arise from uncertainties associated with the impact of climate change. States can embed climate change into their medium-term fiscal policy and expenditure frameworks to increase certainty about the government’s climate action priorities for the following three years. Simultaneously, state governments can best identify areas in need of additional funding and the source of this finance. Such a strategy will provide various government departments with clarity in terms of aligning their work with the state plan.

Long-term strategies also harbour confidence in private entities and financers. It sends the private sector a clear signal about the policy priorities of the government in power. Take the renewable energy (RE) sector, for example, where India attracted private investment by declaring ambitious long-term targets such as installing 175 GW of RE capacity by 2022, providing tax breaks, and allowing for 100% foreign direct investment, all of which were supported by other institutional and policy measures.

India should similarly encourage private stakeholders to participate in financing other sectors as well by signaling and decisive long-term policy strategy for climate action.

What it Comes Down To: Enhancing Government Ownership

The government is arguably the only institution that has the scale, reach, and capacity to bring together diverse stakeholders from different domains of development to combat a challenge as wide-ranging as climate change. As the World Bank highlights, the prominent role of state actors in climate budgeting exercises implies that the success of budgeting frameworks rests on a government’s willingness and capacity to take ownership of this process.

Effective responses to climate change can only be designed by treating the environment as a global common that requires a coordinated response across regions, sectors, governmental hierarchies, communities, and institutions. India needs to build a climate budgetary framework to efficiently coordinate its actions by incorporating climate finance into the larger public finance management system.

Such an exercise can inform future development plans and mainstream climate change as a policy issue. State governments, especially respective Ministries of Finance, will have to play an important role in coordinating the entire process, right from tracking government expenditure to generating funding from other sources. The end result could be a sustainable and coherent charge on climate change that permeates every level of governance in India.

[1] Rio markers are used by the OECD Development Assistance Committee to monitor the flow of development finance from multilateral and bilateral sources towards and measure its climate relevance. Currently, there are four markers: biodiversity, climate mitigation, desertification, and climate adaptation.

[2] The financial frameworks for Chhattisgarh, Assam, Maharashtra, Bihar, Odisha, and Kerala were developed by Action on Climate Today, a five-year initiative funded by the UK Department for International Development. Post the termination of the initiative, there does not seem to be any progress in taking the process forward.

Featured image courtesy of Ma Ti on Unsplash, used for representational purposes only. | Views expressed are personal. This article is part of a LEAD at Krea University project supported by Shakti Sustainable Energy Foundation. The author would like to thank Rahul Muralidharan, Soumyajit Bhar, and Vivek Venkataramani for their inputs.