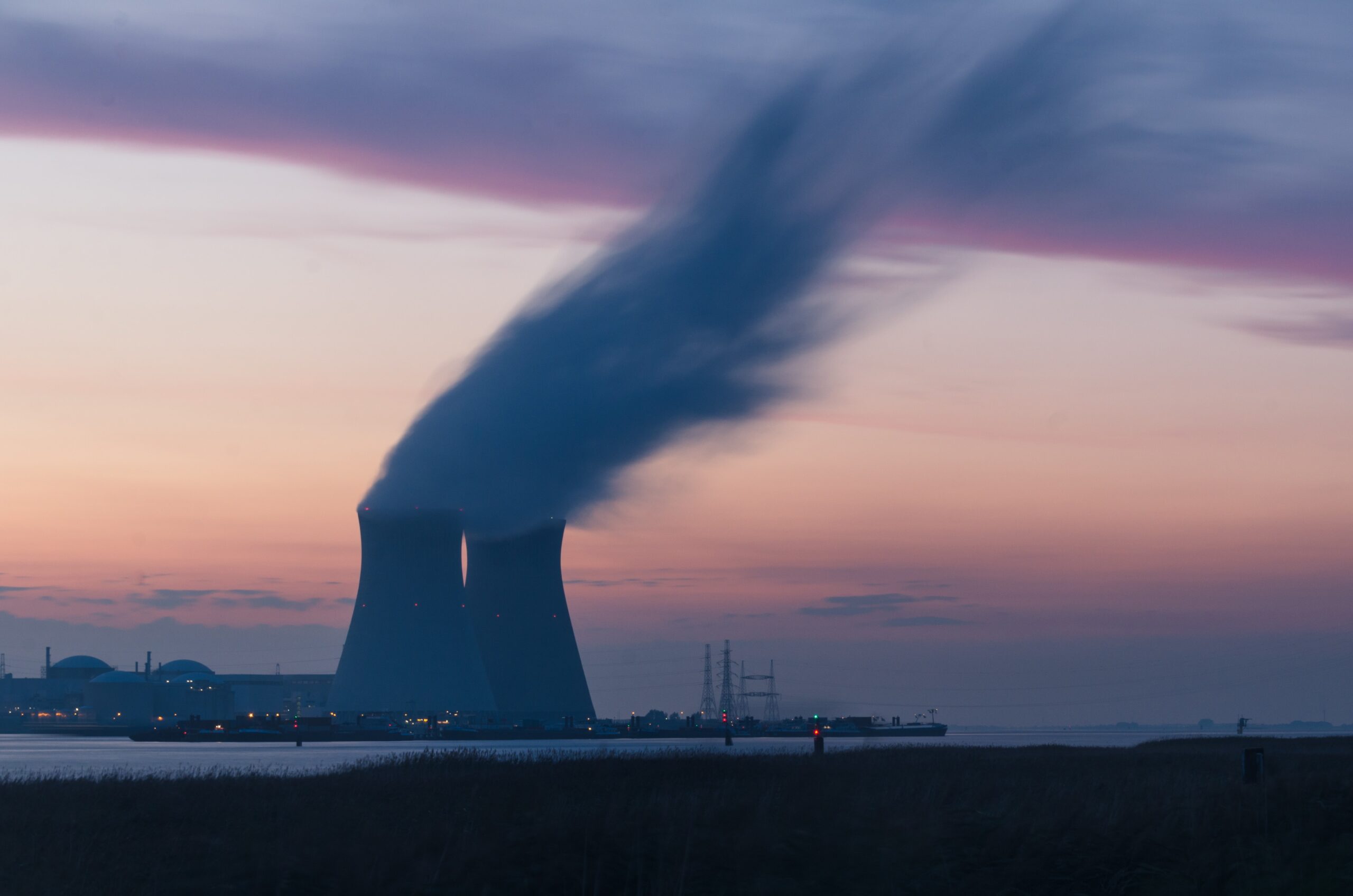 Part 1 of “Shrinking Negotiations” gave us a snapshot of a glaring gap in the Draft Environment Impact Assessment (EIA) 2020 notification. If passed, the EIA 2020 will shrink the spaces for public negotiations on proposed development projects. It will reduce communities’ decision-making powers regarding the types of projects planned in their vicinity.

So, what can be done to make the EIA 2020 a truly democratic process?

The 2006 EIA notification and the 2020 Draft both require a ‘draft EIA report’ to be furnished before the affected community. This is to allow them to represent their concerns regarding the project in concern. However, these reports are often written using technical terms and expressions, making them largely inaccessible to the local communities.

For instance, we cannot possibly expect everyone to understand the repercussions of effluents released from a plant into local water bodies. But, having a comparative table which shows the effluents released in comparison to the permissible level could be a better practice that puts things into perspective for locals.

More importantly, there is an element that is often missing in these reports. The direct impact that the proposed project is likely to have on the public health of the community is often overlooked and rarely finds space within EIA reports. This is reflected well in the words of a resident in Jagatsinghpur, living in close proximity to the POCSO (now with JSW) Steel Plant in Odisha. He says, “We have heard that they are likely to move ahead with the project. There is a cement plant proposed as well but we do not know what the impact of that is likely to be on our land and water.”

In fact, even the final EIA reports often skip this part. Take, for instance, the final report for the expansion of a coal mine in Siarmal, Odisha by Mahanadi Coalfields. While the report includes a section on ‘occupational health’ — or, the health of workers on the job — it fails to address the respiratory problems that many are exposed to in the area. This is not an isolated case; EIA reports are often marred by such omissions. Since these reports are often prepared by a consultancy hired by the company initiating the project, the authenticity and independence of information being provided is visibly affected.

Such inaccessibility to information on infrastructure development extends even when information of a similar nature is sought out through the Right To Information Act. For example in Tamil Nadu, an applicant was denied information that he sought on a project, which included water and air samples from nearby the Sterlite Plant in Tuticorin. The Tamil Nadu Pollution Control Board denied publicly sharing this information on the account of “sensitivity of [the] information” which first “requires a legal opinion.”

In a village called Silverpuram, just about 3 km from the Sterlite plant in Tuticorin, virtually every other household has a cancer patient

Clearly, the inaccessibility of information manifests not just in the manner in which the report is prepared, but also in the control enjoyed by the project proponent in providing information to communities. In the absence of access to such information, democratic decision making on environmental issues remains a farce. The new Draft could have pushed to address this gap.

Typically, after the project is granted approval, different regulatory bodies, particularly the Pollution Control Boards, are given the task of continuously monitoring the project to ensure that it is complying with the environmental conditions put forth by the Ministry of Environment, Forests and Climate Change (MoEFCC). This is done through random checks on the project site by the assigned regulatory bodies.

What is often overlooked is that the communities who live nearby the development projects are repositories of information concerning these violations. Both the 2006 EIA and the 2020 Draft continue to rely on this bureaucratic mechanism, vesting the authority to investigate in the hands of regulatory bodies.

That communities’ voices matter and can be successfully used in monitoring, investigation, documentation, and problem-solving can be seen with ground-truthing experiments by the legal empowerment initiative Centre For Policy Research–Namati Environmental Justice Program.  Namati trains members of the community as paralegals in basic law, and well as in skills like mediation, organizing, education, and advocacy. Armed with these skills,  local residents play an important role in alerting regulatory authorities of ongoing EIA violations by companies by monitoring the ongoing projects.

Globally land is being swallowed by corporations for mining and industrial projects, leaving communities displaced and the environment broken. A new suite of reports by @CPR_India-Namati examines powerful community-level strategies to demand #justice. https://t.co/FjrZ7tYYKq pic.twitter.com/NEHjAoQdML

In a ground-truthing exercise that Namati conducted in Sundergarh (where the Mahanadi Coal Limited mines operate) the local communities gathered information through a meticulous data gathering process. Then, they discovered that an enforcement gap existed between the conditions laid out by regulatory authorities, and the mining company’s levels of compliance. This exercise paved the way in providing regulatory authorities with a basis to conduct further inquiries and undertake action against these companies for their violations.

The EIA Draft 2020 could have revisited making regulatory bodies the sole holders of such responsibilities. It could have taken the chance of increasing the role and visibility of those living in closest proximity to upcoming projects.

While the public hearing or consultation allows for discussion, it does not incorporate an ongoing dialogue between the locals and the project proponent, such that they can ensure that their environmental concerns are addressed in the longterm. The right of communities to participate in the EIA process remains narrow in both the 2006 notification and the current 2020 Draft.

The current Draft continues to only allow grievances or concerns to be aired in public hearings; these are all required to be addressed in the environment management report. It is, at best, a one-off event and not a process of continuous dialogue with the affected community. The community is unable to revisit the report and recommend changes to the strategies adopted by the project proponent to address their concerns. This continuous dialogue is needed since throughout the life cycle of the project, the concerns and their magnitude are likely to change with developments in the project.

Take for instance the case of the integrated steel plant built by Korea-based POSCO. This plant located in Paradip, Odisha, envisaged producing 12 million tonnes of steel after it signed a MoU with the Odisha government in 2005. Since then, communities around it had been resisting against the undemocratic decisions by the government in this regard, as well as against unjust land acquisition. For various reasons, POSCO withdrew from the project, but in August 2019, this story took a new turn—the MoEFCC transferred this project to JSW, again bypassing all local consultations!

After successfully bidding for 4 iron ore mines in #Odisha, JSW likely to fill the void left by POSCO to build a mega steel plant near Paradip. POSCO had all statutory clearances & got land, but couldn’t get iron ore mining lease. JSW has got 4 iron ore mines but awaits for land pic.twitter.com/jeiWSFEaac

The Environment Appraisal Committee’s (EAC) decision was based on the grounds that considering the scrutiny that POSCO underwent, it was more efficient to transfer the clearance rather than undergoing a fresh process. Communities’ questions of compensation and relocation are now, once more in the shadows.

The new EIA draft could have ensured increased participation for locals, which would also challenge the approaches taken by project proponents to address their concerns. This could have moved the needle of legal discourse towards environmental democracy in India. This would offer a more robust and responsive approach to environmental regulation.

In 1992, the watershed 73rd amendment to the Constitution was passed. By legally recognising Panchayati Raj Institutions, the amendment aimed to embed them within the Constitution to reinforce ‘self-governance’. 28 years later, on the outside, this bottom-up democracy seems to be a well-established structure of India’s political fabric.

But looking at the amendments in the 2020 Draft EIA notification, that decentralised structure seems hollow. On the inside, it is bereft of the spirit of self-governance and democratic decision making, wherein local communities get to decide on the kinds of development they would like to see.