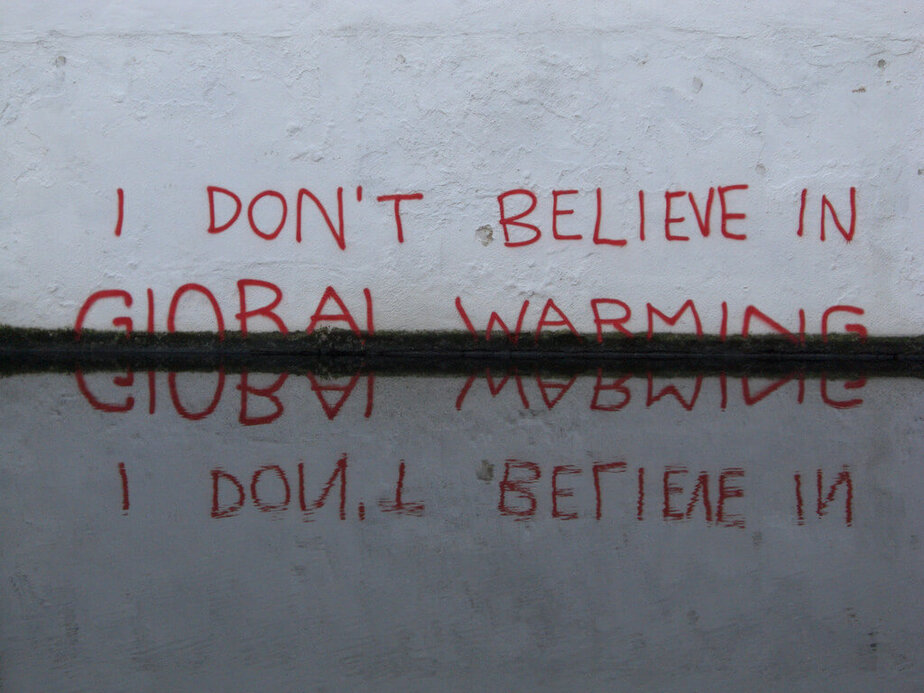 Our lives revolve around the triumphs of industrial and technological developments. We also witness the widespread environmental degradation as its consequence. But this is not a new claim for us — it is a truth that most people accept but don’t really lend an afterthought for.

Arguments that seek to drive home the extent of environmental damage tend to display an array of statistics and figures, which readers oft carelessly glance past. After all, it’s not like our air-conditioned homes and fuel-run cars resemble the monstrosities that could cause such widespread harm. Or do they?

To put things in perspective, according to the United Nations Development Report of 2003, of every 6133 million human beings (2001), about 799 million are undernourished. The reasons for this include high temperature or low rainfall, that lead to lower crop production.

A study conducted by the Fourth Assessment Report in 2007 found that by 2080, the temperature will rise in the range of 2 to 2.4 degrees Celsius. This will put a stress of water resources on about 1.2 billion people.

The harm we are causing to the planet and its inhabitants is insidious. Unlike a garbage dump that we see and smell momentarily, the pollution we cause affects the planet cumulatively. On an individual level, the damage is so negligible that one does not even account for it. And it is especially because the damage is done cumulatively that none can be held accountable. Each of us hides behind the other, averting responsibility.

This distinction between positive and negative duties would suffice in regular circumstances where cause and effect are obvious, and often immediate. Not harming someone is a negative duty while saving a drowning child is a positive duty.  However, the complexity of the environmental crisis is such that a new category of duties must be introduced. In fact, this is a category that helps deal with problems that have cumulative and long-term effects.

The third form of duty is called an intermediate duty. Used by philosopher Thomas Pogge, it means ‘avoiding the harm that one’s past conduct may cause in the future’. This form of duty falls between positive and negative duties. They are positive since they require the agent to perform an action in the interest of others and negative since it involves the duty to continuously avoid causing harm to others.

Environmental damage can be understood better within the context of intermediate duties. Every choice we make — be it the food we eat, the clothes we wear, the kind of light bulbs we use or the vehicles we drive — contributes to environmental damage. In her paper, Judith Lichtenberg calls such harms ‘New Harms’ which involve our lifestyle decisions and cause incremental damage to the environment. It is a pressing need to continually mitigate our carbon footprint by making environmentally friendly decisions, which in many cases boils down to stripping our lifestyle to its bare bones.

Of course, such changes will never be accepted by all people. The fact that such lifestyle choices are considered to be altruistic rather than imperative and necessary itself says a lot about the way we perceive the problem.

The United Nations set up a scientific body to account for the contribution each country made to the rise in temperature from 1890 to 2000. It found that America is responsible for 20% of global temperature rises while European nations that are part of the Organisation for Economic Cooperation and Development (OECD) are responsible for 14%. India’s population accounts for only for 7% of temperature rise.

It is easy to conclude that the Western nations owe more to the planet than the developing countries do. But the total carbon emissions of a country tell an incomplete story; it is the per capita carbon emission that shows the true extent of environmental damage contribution by each country. And in this regard, the Western nations are guilty, since their ‘luxury’ emissions far outweigh the ‘subsistence’ emissions of developing nations.

Still, the problem does not end there. While Western nations do have a responsibility to maintain the environmental balance, so do the affluent members of developing countries. The carbon footprint of developing nations like India is lesser because an overwhelming majority of the populace do not produce large carbon emissions. However, an incomparably small minority do so. They are the affluent members of these countries, whose lifestyles are similar to the average Western citizen. Viewed in absolute numbers, they comprise millions of people in all developing countries who contribute significantly to environmental degradation.

One may argue (and these arguments are often made) that the harm caused at an individual level is so insignificant that even if some people do actually alter their lifestyles completely, it would change nothing. Instead, if people were to donate to charities and aid organizations, there would be a greater chance of helping people differentially affected due to climate change.

It is true that an individual cannot change anything by oneself. But many drops cumulate to create an ocean while a single one may merely evaporate. But that is missing the point of the argument. While donating to charities is a surer way to help people, it does nothing to solve the problem itself. Moreover, our moral responsibility does not end at donating money to a consistently growing problem while we canter down the very path that caused it in the first place.

Knowing the potential damage a single middle-class household in India possesses in a decade is to understand how each individual is responsible for the damage. That it does not compare to the average emission levels of a citizen in the West does not matter. Human beings have a moral obligation to compensate for the harm caused to millions of fellow beings; and, a moral obligation must be viewed in absolute.  Our intermediate duties compel us not only to blame others for their shortcomings but also to mitigate the damage as best as we can.

Ancient Greek essayist and biographer Plutarch said that one who fails to protect another —  whose life could have been saved — is as guilty of the person’s death as if she herself had wielded the sword. Not only do we know that the lives of millions of people can be saved, but they can also be greatly bettered. And the onus lies on you and me.