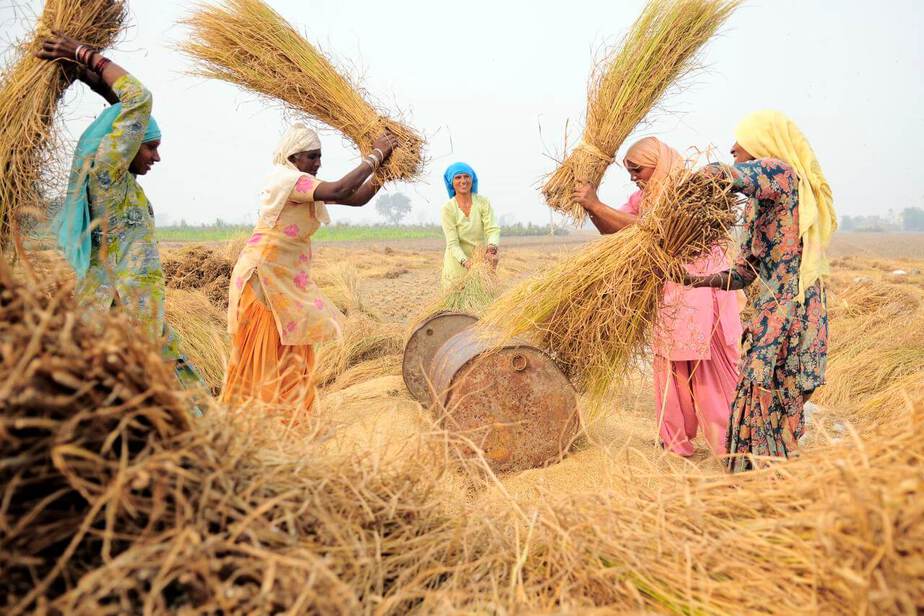 India has an almost never-ending list of the economic and social challenges it faces, and large doubts have been cast over whether or not the country can successfully combat them. For instance, a significant section of India’s population (22%) lives on less than 2 U.S.$ a day. Another alarming example would be that as of 2014, close to 50% of the subcontinent is affected by anemia. A third such challenge, is one that will only become harder to battle in the future; food insecurity. India faces a mammoth task of building a food secure future, a challenge that will become (one could even say that they currently are becoming) increasingly complex to address as climate change worsens.

The Relationship Between Climate Change and Food Security

Before addressing the larger issues, let’s quickly take a look at what food security is:

“People are considered to be food secure when they have availability and adequate access at all times to sufficient, safe, and nutritious food to maintain and healthy and active lifestyle” – World Food Programme

It’s quite easy to understand the intimate relationship between climate change and food security; changes in climate affect crops, fisheries, livestock and forestry, thereby resulting in lasting effects on income, health, trade and livelihood. These changes also impact water supply, causing a huge stress on water resources, possibly the most important natural resource for our economy.

The Case of India

If one digs a little deep, a dire future will undoubtedly stare them in the face. Climate change is poised to mess with the subcontinent in more than one way.

India’s monsoon rainfall can change by a significant amount; for an average rise of 4℃ in global temperatures, there will be a 15% increase in year-to-year variation of monsoon precipitation and a 10% increase in the annual mean intensity of the monsoon. Further, while the southern part of the country will face an increase in wetness, the north-western region will see an increase in droughts. There will also be a stark increase in water scarcity; as of now, about 54% of India faces high to extremely high water stressed, and a majority of these areas are in the north/north-western parts. 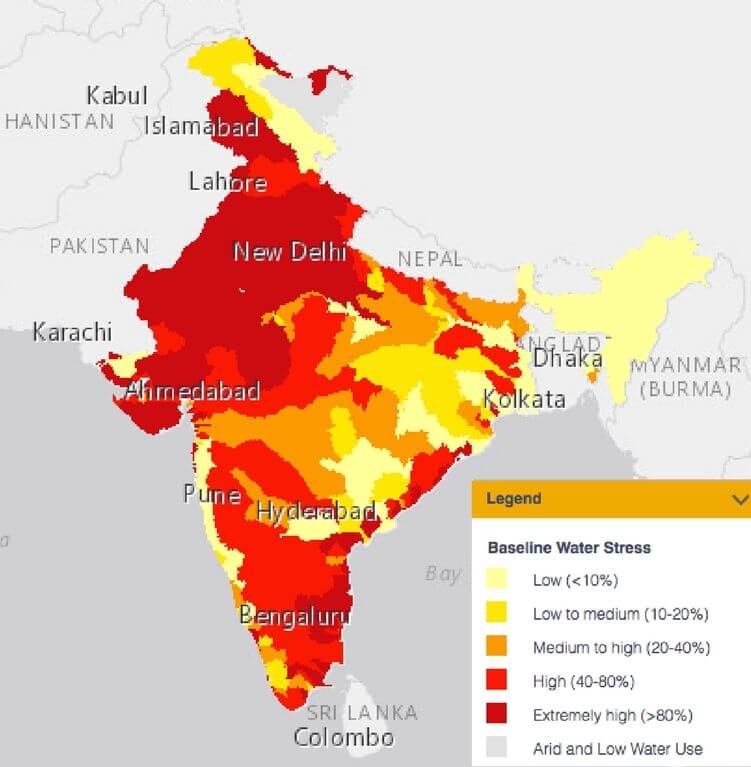 When one combines these factors with a rise in temperatures, we get a significant shortfall in the amount of important food grains produced. The decade old report of the IPCC raised some pertinent worries; a 0.5℃ rise in the temperature during winter would reduce wheat yield by 0.45 tonnes per hectare. Additionally, wheat growth is extremely sensitive to temperatures higher than 34℃ in Northern India. Gupta, Somanathan and Dey (2014) predict huge losses in yield with a rise in temperatures; upto 7% from 2010 – 2040, and almost 18% by the end of the century! Similarly, rice, another staple for Indians throughout the country, shows significant variability with changes in global temperatures. An acute water shortage, changes in the monsoon pattern, and a rise in temperatures will come together to negatively affect the most important crops in the country.

Indian agriculture suffers from a problem of low productivity. India’s cereal yields are drastically lower than those of developed regions such as North America. Source: World Bank Database

The biggest victim of the higher occurrences of extreme events, such as floods and droughts, combined with the above mentioned variation in rainfall will be, without a shred of doubt, the farmers of the country. The reduction and output and inability to control climate will adversely affect our farmers’ income; these farmers are usually small or marginal farmers, who depend heavily on rain to make their ends meet. Of these, the worst affected will be the landless agricultural labourers, who depend completely on finding farming work on others’ land. They have the highest risk of losing their access to food.

However, it is not only the rural parts of the country that will see a reduced access to food. The urban poor, often those who migrate from the countryside in search of better employment and education, are also in danger of seeing a reduction in food access. It is more often than not that such migrants join the urban informal sector, where job security and steady wages are not a guarantee. Further, given their nutritional requirements and dependency, the children in such households, especially in areas that are prone to frequent extreme events, will also be greatly affected. For instance, in the urban areas of Karnataka, Maharashtra, Bihar and Haryana, the proportion of children under 5 who are stunted (height-for-age), underweight and wasted (weight-for-height) is alarming! Just take a look at the figure below: 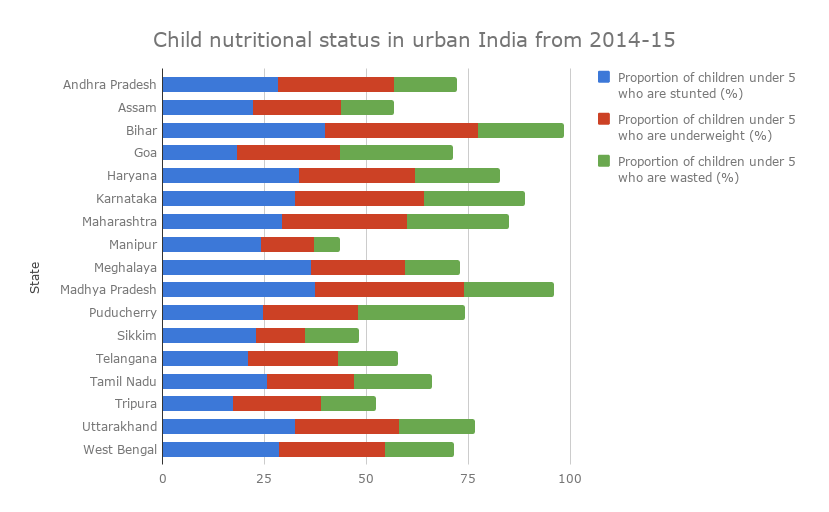 These numbers will only become worse with increased and uncontrolled climate change.

In addition to production and access, the quality of food will also take a hit. For instance, due to increasing carbon dioxide levels, several foodstuffs will have a reduced mineral, vitamin and protein content, like zinc and iron. This is of grave concern to the subcontinent, especially when we take into account that legumes (pulses) are primary source of protein, and not meat. Given that pulses are more sensitive to climate change, reductions in the protein content will accelerate the process known as ‘hidden hunger’, which is the lack of minerals, vitamins and protein that usually doesn’t have visible warning signs. Therefore, a person may just suffer from ‘hidden hunger’, without even realizing it!

So, Do We Have a Problem?

Well, of course we do. Being an agrarian economy, where a large part of the workforce is unable to escape the effects of climate change, we have a serious problem. At the rate at which we are going, with low adaptation technologies and high emissions, the future looks bleak. Especially for the poorest of the poor, who are the most vulnerable to the changes in climate and resultant food insecurity, the future is scary.