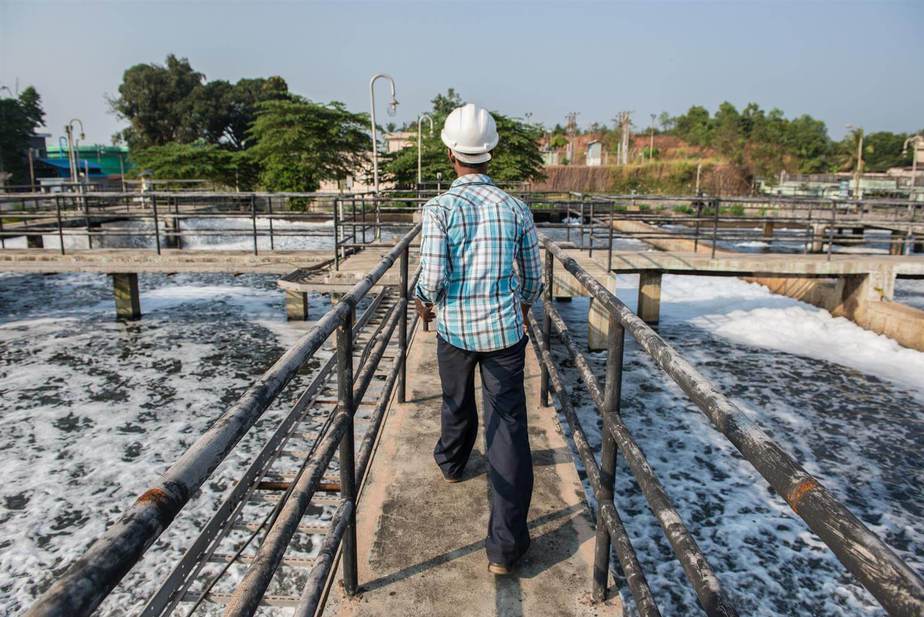 Humanity is at a point where indiscriminate use and pollution of water has reached a tipping point. Increasing water scarcity will not only limit the dizzying pace of globalization but could also adversely affect food production, ecological balance and induce conflict. Ever increasing populations, climate change and urbanization rates only compound the matter; nowhere is this issue truer, or more pertinent, than in India.

The total water demand in India is expected to rise by over 70% by 2025 which when combined with current population growth rates will lead to the creation of a huge demand-supply gap. Added to this is the fact that two-thirds of the country’s irrigation needs and 80% of its domestic water needs are met by groundwater, resulting in an accelerated groundwater depletion rate.

India’s poor infrastructural support greatly inhibits the country’s ability to take advantage of the potential of wastewater, especially in agricultural and industrial sectors.

India is also heavily dependent on rainfall and river flows to feed its huge agricultural sector. But the pattern of rainfall in the country is highly seasonal, with 50% of the precipitation falling in just 15 days. Additionally, 90% of river flows occur in just four months.

As a consequence of these dependencies, by 2050, India is projected to face a serious water crisis. With an ever-increasing demand for water, it is not hard to imagine the scope of the crisis India may face. However, it would be wrong to say that this is an unavoidable scenario – it is possible to mitigate the crisis, by recycling water.

Recycling or reusing water essentially entails using wastewater treatment to produce water of usable quality. Wastewater refers to any used water from schools, households, commercial establishments, hospitals, agricultural activities, etc. Unsurprisingly, India generates large amounts of wastewater. As per the estimates of the  Central Pollution Control Board (CPCB), the total wastewater generated from Class 1 cities – 498 in number – amounted to 35,558 million litres per day (MLD), with an installed treatment capacity of around 11,553 MLD. Similarly, Class II cities – 410 in number – generate 2,696 MLD, and have a treatment capacity of 233 MLD. Therefore, despite the country’s wastewater treatment capacity increasing by almost 2.5 times since 1978-79, only about 10% of wastewater is treated effectively.

The concept of reusing wastewater is not new to India however, with the Chennai Petroleum Corporation Ltd. (CPCL) building a wastewater treatment plant as far back as 1991. For a variety of reasons, the idea did not garner much attention then and has failed to catch on country-wide. At the time, several smaller cities and towns had surplus availability of freshwater, which made utilities complacent and over-dependent on freshwater sources. This was compounded by the differential tariffs levied on industrial and domestic consumers, with tariffs for the former being significantly higher. Collected revenue is then used to cross-subsidize the cost of supplying water to households. Switching to reclaimed water would reduce revenue for utilities, which has been seen as a cause for utilities to continue depending on freshwater.

Additionally, as seen above, there exists a huge deficiency in the number of treatment plants. Due to this, not much of secondary treated water (STW) was made available for use. All of this stems from the fact that there is no clear ‘policy environment’, according to a 2016 PWC report, to encourage such projects. This poor infrastructural support greatly inhibits the country’s ability to take advantage of the potential of wastewater, especially in agricultural and industrial sectors.

For example, in industrial units, the usage of reclaimed water would be comparatively inexpensive as compared to groundwater, especially when considering that the quality of treated wastewater can be tailored to meet industry needs. The process is also useful to public service departments, mitigating previously mentioned dependencies on groundwater. When the water supply is insufficient (an ever-happening event in India), utilities prioritize supply to households. Therefore, treated wastewater can be a reliable source of supply during such conditions.

In the agricultural sector, the usage of wastewater can result in saving 25-50% of N and P fertilizers, leading to a 15-27% higher crop productivity over normal water. Farmers who adopt year-round intensive vegetable production systems with wastewater have seen a four-fold increase in earnings per unit land area, as compared to freshwater. In the downstream rural areas of Vadodara in Gujarat, wastewater supports an impressive annual agricultural production worth almost Rs. 266 million.

However, such hurdles for the implementation of wastewater treatment in India are being duly tackled. The use of treated water has been emphasized in several urban development plans, such as the Atal Mission for Rejuvenation and Urban Transformation (AMRUT), Smart Cities Mission, Namami Ganga Programme, and the Swachh Bharat Mission to name a few. India can also significantly benefit from its strategic relationship with Israel; the latter efficiently recycles more than 85% of its wastewater through low-cost, high-technology solutions, to meet its arid region’s water requirements. The Indian government also envisions active private sector participation, to introduce and develop low cost, easy to use technologies for this sector.

However, like any other infrastructure-demanding sector in India, the wastewater sector must be fuelled by the government – targeted and innovative policy measures with stringent regulatory frameworks must be the drivers of this change. Given the ever-worsening conditions, the time has come to look at such innovations to meet the exponentially growing water demand. While the short term is riddled with infrastructure, policy and institutional challenges, immediately developing the wastewater management in India could help kill many birds with one stone: it could stem the increasing farmer suicides, improve public hygiene and revive India’s environmental conditions.

Can Palm Oil Have a Sustainable Supply Chain?