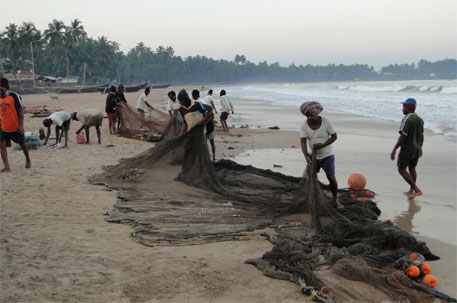 Coastal Regulation Zones (CRZs) attempt to address the vagaries of development along India’s coastline. Before 1991, very little importance was given to the protection of the coastline and the ecosystems in coastal areas.

The coastal areas of any country are important resources that possess immense ecological, economic and social value.

Along the eastern coastline, there are the Sunderbans in West Bengal and vast mangrove ecosystems and wetlands in Odisha. Odisha’s coastline plays host to the mass nesting of Olive Ridley turtles on an annual basis. The western coastline is home to fringing coral reefs spattered across Gujarat and the Konkan and Malabar coasts.

In addition to the ecological value of these environments, they also provide livelihood opportunities for coastal-dwelling communities. Coral reefs are known to serve as habitats for several fish species, providing opportunities for fishermen to sustain themselves. Mangrove systems are also rich in fish species apart from producing wood and sustaining tourism.

Every year Odisha’s coastline is home to the beautiful Olive Ridley Turtles.The Olive Ridleys are a natural spectacle to the locals & tourists & make one of the world’s largest nesting & breeding grounds.These turtles are an essential part of Odisha’s natural & cultural heritage. pic.twitter.com/nUOR2Cb5Lt

Until very recently, the most comprehensive document regarding this was the CRZ Notification in 2011. It widened the scope of the CRZ to 500m from the High Tide Line (HTL), apart from extending in the opposite direction for 12 nautical miles into the sea or the entire water body of a river, creek or estuary. The 2011 Notification also introduced the concept of a ‘hazard line’ which acknowledges the need for policy to incorporate the possibilities (and threats) of natural disasters like tsunamis and floods. It also considered the livelihoods of communities living along India’s coastline, by acknowledging that the survival of the fishing communities is linked to the protection of the country’s coastline.

While not without its benefits on paper, the 2011 Notification did very little to actually institutionalise these changes. Despite explicitly stating the need to protect fish workers livelihoods, little was done to bring them into the decision-making processes.

Subsequent implementation of the clauses in the Notification was also lacking. For instance, each state was expected to draw up Coastal Zone Management Plans (CZMPs) in accordance with the 2011 regulations. The initial deadline for the release of the state-wise CZMPs sometime in 2013. As of July 2017, the only state that has released its CZMP was Lakshadweep, highlighting the extreme casual approach to the enforcement of policies concerning the environment.

In April 2018, the NDA government released a Draft CRZ Notification which was made open to the public for feedback and comments. But even before the release of this latest document, several amendments were made to the 2011 Notification. For instance, in February 2015, a modification was introduced to relax the restriction on construction projects in CRZ-IV areas to allow the construction of memorials or monuments of “national importance”. The CRZ IV category regulates coastal waters and permits only traditional fishing and related activities.

Almost immediately after the release of the 2018 Draft, several problems were pointed out by stakeholders across the country. The Draft seems to prioritise the process of gaining clearances for development projects along the coastline instead of protecting existing coastal ecology and livelihoods.

“If passed in its current form, the 2018 Draft CRZ Notification will critically change the look of the Indian coastline — all 7500 km of it”

The area under the purview of CRZ was reduced from 200 m to 50 m, and this, along with other clauses, does little to assuage the concerns of stakeholders across the country. The Notification is also opening up the coastline to more commercial activities, which could strongarm the local communities to turn to tourism for additional income, leading to the further marginalisation of fishing communities. Alongside the relaxations in regulations, this could prove to be a recipe for disaster for coastal communities across the country.

The 2018 Draft also allows for special consideration to be made with regard to “Defence and Strategic”, “Public Utility” and “Security” projects but doesn’t define what constitutes these activities; significant room for its interpretation exists. This enables the MoEFCC (Ministry of Environment, Forests and Climate Change) to make exceptions for road construction or land reclamation, among other activities.

For instance, the expansion of the Mormugao port in Goa could be interpreted as a project for ‘Public Utility”, and could be given the green light despite the several problems with the expansion project, such as extensive dredging and more coal imports (despite significant coal pollution already plaguing the area).

Flooding across river banks in Kerala and Chennai in 2015 shows that the removal of the Hazard Line from the ambit of the CRZ for all regulatory purposes can leave areas extremely prone to flooding or cyclones to be constructed upon.

Since the release of the Draft 2018 Notification, environmentalists and social workers across the country have come up in arms to demand the withdrawal of the Notification on the grounds that there was no consultation of local communities before releasing the draft. The public hearings that were conducted in each of the coastal states were conducted improperly and without adequate public participation.

For instance, in Tamil Nadu, public hearings were conducted without releasing documents like housing plans, livelihood details or coastal commons — all of which is vital information for the stakeholders affected. In another instance, in Mumbai, not a single citizen attended the public hearing of the city’s CZMP. Allegations were made regarding the news of the hearing being published in two newspapers (only in the Navshakti and the Free Press Journal issues) to ensure poor involvement. The Mumbai CZMP was not kind to the city’s koliwadas (fisherfolk colonies).

The demand to withdraw the Draft Notification comes alongside emphasis placed on the fact that the 2018 Draft was released before the approval and implementation of the CZMPs, which were to be based on the 2011 Notification. How is it that changes have been made to regulations without actually seeing how they actually manifest on the ground?

While there were certainly problems with the 2011 Notification, poor State implementation and enforcement allowed amendments to be made for fast-tracking projects such as the Chhatrapati Shivaji statue without considering the irreversible impact it will have on the coastline in its entirety.

In addition to these procedural flaws, the Draft 2018 CRZ Notification seems to be at odds with what the local communities actually want for themselves. The National Fishworkers Forum (NFF) is a national federation of trade unions and organisations of fish workers across the country. It mobilised all its members to reject the Draft CRZ Notification because it removes the safeguards that ensure the livelihood security of fish workers in coastal states while facilitating large infrastructural developments.

One cannot be faulted for doubting the priorities and incentives of policymakers in Delhi, especially when you add the Sagarmala Project into the mix. It seems clear that there is a push for projects that will generate large investments and economic growth. However, communities across the country have cried out for their best interests to be considered. There seem to be discrepancies in the definitions of development and progress at various levels of planning and implementation. While one perspective is that progress refers to large projects and infrastructure development that will boost our economy, another holds that sensitive systems deserve to be preserved.

In a world where ‘sustainable development’ cannot go amiss from a party’s election manifesto, empowering fragile social and ecological ecosystems is crucial to signalling what the future might hold. India’s ebb and flow with the proposal, implementation and amendments to the Coastal Regulation Zones should make every citizen, politician and party ask themselves where their priorities lie.