On April 19th, the Delhi Government imposed a lockdown and released a series of guidelines on what kinds of activities were and weren’t allowed. Among these, construction projects that had workers staying on-site were permitted to operate in the national capital. But these guidelines didn’t apply for the Union Government’s Central Vista Redevelopment Project; a letter by the Deputy Commissioner of the Delhi Police (accessed by Scroll) gave permission to 180 vehicles to bring workers to the Central Vista Project, under the “Essential Services” category. 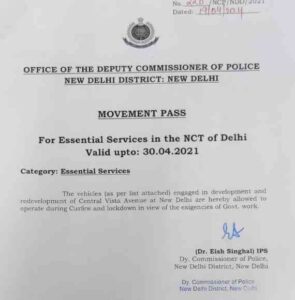 As outrage sparked, citizens questioned the central government’s need to prioritise this project during what is arguably India’s worst-ever health crisis. And this issue is but one of the many that have been a part of the Central Vista Project. Just in case you missed out, here is a quick recap of the project and the many controversies that surround it.

How Standardizing Quality Control Can Improve Trust in eNAM