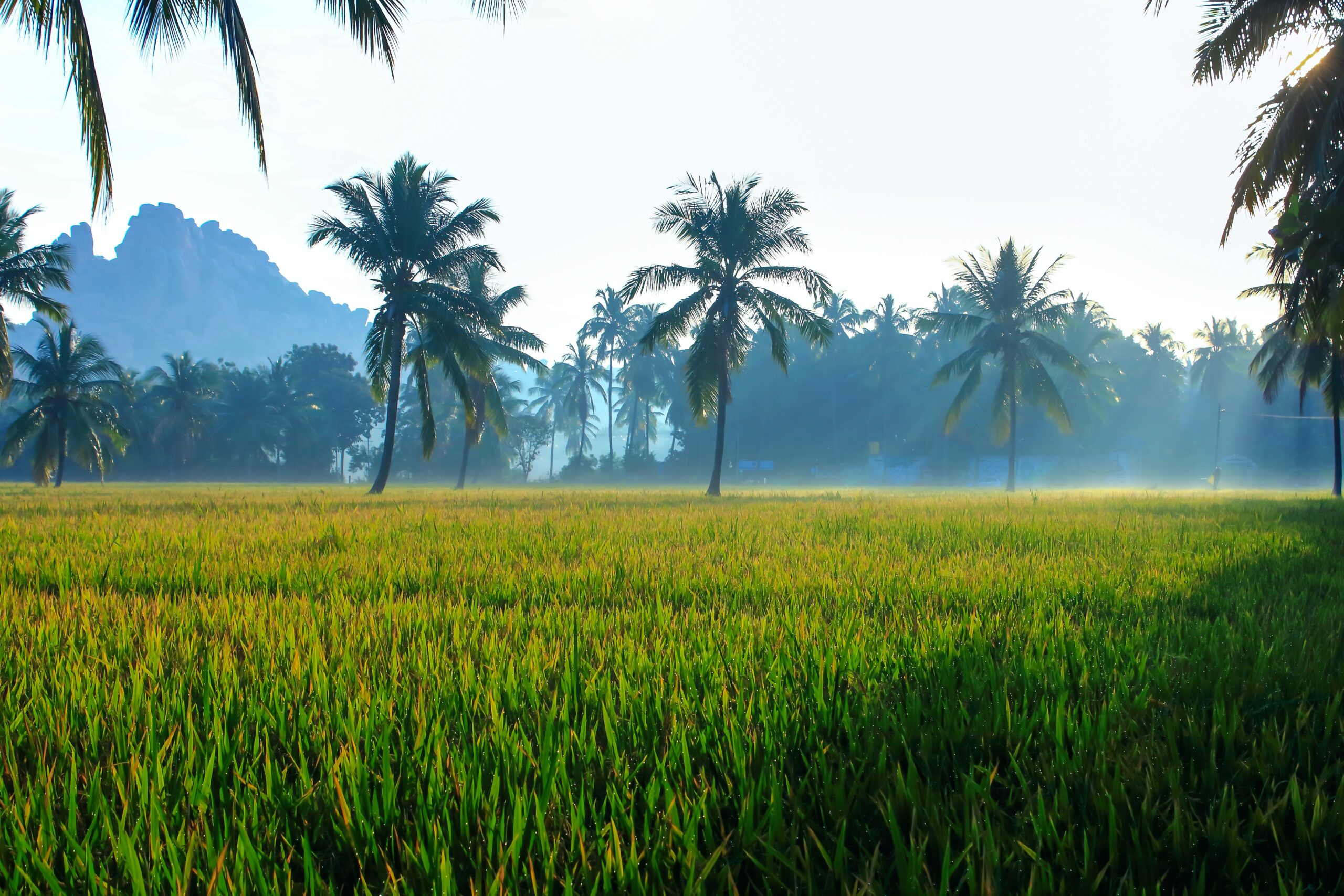 There is a photograph from 1973, that I consider to be an iconic image. Taken in Uttarakhand’s Garhwal, it depicts four women, facing the photographer, embracing a tree’s girth. The women seem confident and determined in their motive—of not allowing the tree to be logged. This sepia-toned image became synonymous with the Chipko Andolan of the 1970s, which was at its peak when this image was captured.

I recently noticed that the photograph was credited to The Hindu’s archives. I then found out that within just two years of the movement, Anil Agarwal—who later founded the Centre for Science and Environment in 1980 and started Down To Earth magazine in 1992—visited Garwhal and returned with an essay that was published in the London-based New Scientist. This was possibly the first international story on the Chipko Andolan. It’s hard to believe that India’s leading national newspapers and magazines ran a story back then on a movement buried deep in the hills of erstwhile Uttar Pradesh.

Since 1947, economic, political, legal, and environmental shifts have ebbed and flowed throughout the country. But, all these cases are tied together in the archives largely through hundreds of journalistic reports filed over the years. This fourth pillar of media—after the judiciary, legislature, and executive—claims an ever-important role in our democracy. Journalism becomes a mirror that reflects all the twists and turns of history, ideally, in the most objective manner possible.

Now, here we are, 73 years post-independence. While the environment is now popularly covered as a beat, something has changed in the way it’s reported. Reports of environmental movements have been pushed into oblivion, and the limelight has shifted to different concerns—such as emissions, pollution, and plastics. That’s why The Hindu’s coverage of the Andolan back in the ‘70s still seems surprising today.

What explains these shifts in India’s English-media environmental journalism over the years?

A Pique of Interest in Environmental Reporting

Apart from the Chipko Andolan, the 1970s also witnessed Kerala’s Silent Valley Movement against the submergence of rainforests due to a hydro project. The Narmada Bachao Andolan soon followed in the 1980s, protesting the building of large dams on the Narmada river. These movements were in full swing with their satyagrahas and padyatras; the media was out there, covering each one of them.

This was a different form of environmental activism compared to what we see and recognise today, an “environmentalism of the poor,” as coined by the historian Ramchandra Guha.

These were black-and-white spaces fought by those considered ‘poor’ against larger institutions, such as ‘local communities’ versus the state, or adivasis versus industries. As Gopikrishna Warrier, currently the Managing-Editor at Mongabay-India notes, “The urban middle class did not fight these environmental battles.”

You May Also Like: The Bastion Dialogues: Dr. Amita Baviskar

These movements also gave rise to the classic ‘development versus environment’ debate that we see today, which was of great interest to many of India’s iconic environmental journalists. “In [the] Silent Valley, the threat to a rare…lion-tailed macaque, a denizen of this forest, led to a fiery debate: are monkeys more important than men? This was my baptism in environmental journalism and extended research.” That’s Darryl Demonte, writing in The Green Pen. Demonte held editorial positions in the Times of India and The Indian Express during the 1970s to 1980s.

Perhaps owing to the rise of the confounding development debate through these years of “poor environmentalism,” there seemed to have been a “virtual explosion of environmental writing in English and Indian language newspapers and magazines,” writes Guha.

But, this reportage peaked with the movements and then disappeared. Such stories were mostly on the fringes, and their frequency few, if not fare between.

In 1972, the Prime Minister’s newly acquired environmental bent of mind turned around the conversation on the environment in India.

After Indira Gandhi attended the United Nations Conference on Human Environment—which led to the formation of the United Nations Environment Programme—she returned to India and passed two important legislations the same year: the establishment of the Central Pollution Control Board, and the passing of the Wildlife Protection Act.

Mrs.Gandhi with a tiger cub on her 50th birthday. She set up a special task force & launched Project Tiger in 1973 pic.twitter.com/muofemxhwd

The Department of Environment (which soon became a Ministry) was also established at the Centre after Gandhi returned to power in 1980. Environmental laws on water, air, and forest conservation soon followed suit. As the State explicitly recognised the environment as an entity to be protected, environmental journalism increasingly dotted these years, eventually establishing itself as a solid beat.

Reporting from this time was pioneered by the likes of Sanctuary Asia, India’s leading nature and wildlife magazine founded in 1981 by Bittu Sehgal. The Centre for Science and Environment’s first “Citizen’s Report on the State of India’s Environment” by Anil Agarwal, Ravi Chopra, and Kalpana Sharma in 1982 is another early example of an important source that I, as a young environmental journalist, often refer to even today.

Collectively, the state’s recognition of environmental protection, and its subsequent reiterations in national media, prepared the grounds for what was to come—a complete entry of environmentalism into the urban middle-class’ consciousness. As environmentalism shifted locations, so did the journalism that followed.

The liberalisation of the Indian economy in 1991 changed the environment conversation. It made new tools—like the Internet and cheap mobile phones—available to the urban middle class, the largest beneficiaries of the economic reforms. With these tools in hand, they became actors in environmental policy advocacy.

As researcher Emma Mawdsley notes, with the growing representation of the urban middle-class in politics, NGOs, and the media led to their dominating the public sphere (and conversations on environmentalism) like never before. Increasing concerns were raised over pollution, urban squalor, and waste, which are typically urban issues. Even the recent Fridays for Future strikes in India reflected the same dominance of urban voices.

Judicial activism also propagated urban environmentalism. Former Supreme Court judge Kuldeep Singh, who presided over Court from 1988 to 1996, paved the way for Public Interest Litigations (PILs) and fought many environmental legal cases, earning him the title of the “Green Judge”. Such was the Supreme Court’s intervention in environmental matters up till the early 2000s that in 2003, a Supreme Court judgment made environmental education compulsory in schools. As the formal study of the environment entered classrooms, reportage of environmental issues began to extend far beyond the struggles of Garwhal or the Silent Valley.

You May Also Like: Lights, Climate, Action! Teaching Climate Change to Those Most Affected

Then came the Earth Summit in Rio de Janeiro in 1992, and the UNFCCC’s first Conference of Parties (COP) in 1995.

True to its role as a mirror of state and society, the Indian media largely reported on the environmental developments that were spurred by these meetings, a trend that still continues. When Dutt et al. examined the environmental coverage of 2008 in 31 prominent English-language Indian newspapers, they found that maximum priority was given to topics like “climate change” and “global warming”. These constituted around two-thirds of the total environmental coverage.

While the content of environmental journalism changed, one trend sustains: it is still challenging to get environmental stories approved by editors. As Richard Mahapatra, Down to Earth’s current Managing Editor, notes in a chapter of The Green Pen, “It seems that the media coverage to [sic] development issues stems from a policy of editorial charity instead of an understanding of the genuine relevance of such stories to [the] overall economy…”

Yet, over the past few years, I have seen interesting developments in the space of English-language environmental journalism. A surge of independent media houses are attempting to fill in the existing gaps in mainstream environmental reportage. Scroll, Mongabay-India, Gaon Connection, and of course, The Bastion, amongst others provide generous space to environment coverage. They also document the voices of women, adivasis, rural Indians, and other stakeholders who have been under-represented in mainstream English media.

We’re hosting a series of #workshops, #Training sessions and #knowledge dialogues to empower and upskill those interested in the #environment. The ‘Environment in Depth’ sessions will be delivered by some of India’s leading researchers, policy prof., journalists, filmmakers! pic.twitter.com/DpAS6BqVkC

Moreover, a conscious effort to increase this coverage in local languages is also visible: The Wire, The Print, Down to Earth, and most recently Mongabay-India, have all launched Hindi editions, while the People’s Archive of Rural India’s journalism is translated into as many as 13 languages. Community media initiatives also broadcast culturally complex issues like climate change and sustainability to local communities; Bundelkhand Community Radio, founded in 2008, is a case in point. Khabar Lahariya, a digital rural news network, has also covered agriculture, water, and sanitation amongst other environmental beats in Central India since 2002.

You May Also Like: Our Radio, Our Voices: Bundelkhand’s Community Radio offers Climate Solutions

Environmental journalism as a career feels like a mental roller coaster ride. There are times when I read excellent coverage by fellow environmental journalists that excites me. And then, there are days of horror, reading stories of threats, harassment, and even murders of journalists reporting on ecologically sensitive, yet controversial issues, like sand mining. Whether in rural or urban India, press freedom for journalists is on a knife-edge. The 2020 Press Freedom Rankings by Reporters Without Borders ranked India 142 out of 180 countries, which is a dark, looming shadow upon our democratic ideals.

My Editor, Aarathi Ganesan, pointed out that this piece doesn’t say enough on how regional-language media have covered environmental issues in independent India. She is correct. However, there is not a lot of scholarship and documentation specific to their environmental coverage, which says a lot about the amount of attention regional media has historically received.

But since we are celebrating the spirit of Independence Day, I hope for a more independent and free media that can report fearlessly, knowing that it is protected by the law and fellow citizens. At a time when there seem to be all too many forces trying to keep us down, here is an ode to the historical resilience displayed by this tribe of fellow environmental journalists, in the belief that we only have onwards and upwards to go!

Featured photograph courtesy of Nandhu Kumar on Unsplash: Sunrise at the paddy fields in Hampi, Karnataka.

Reporting on Tech and Society in India: The Perils and Potentials — Episode 5 of The Impact