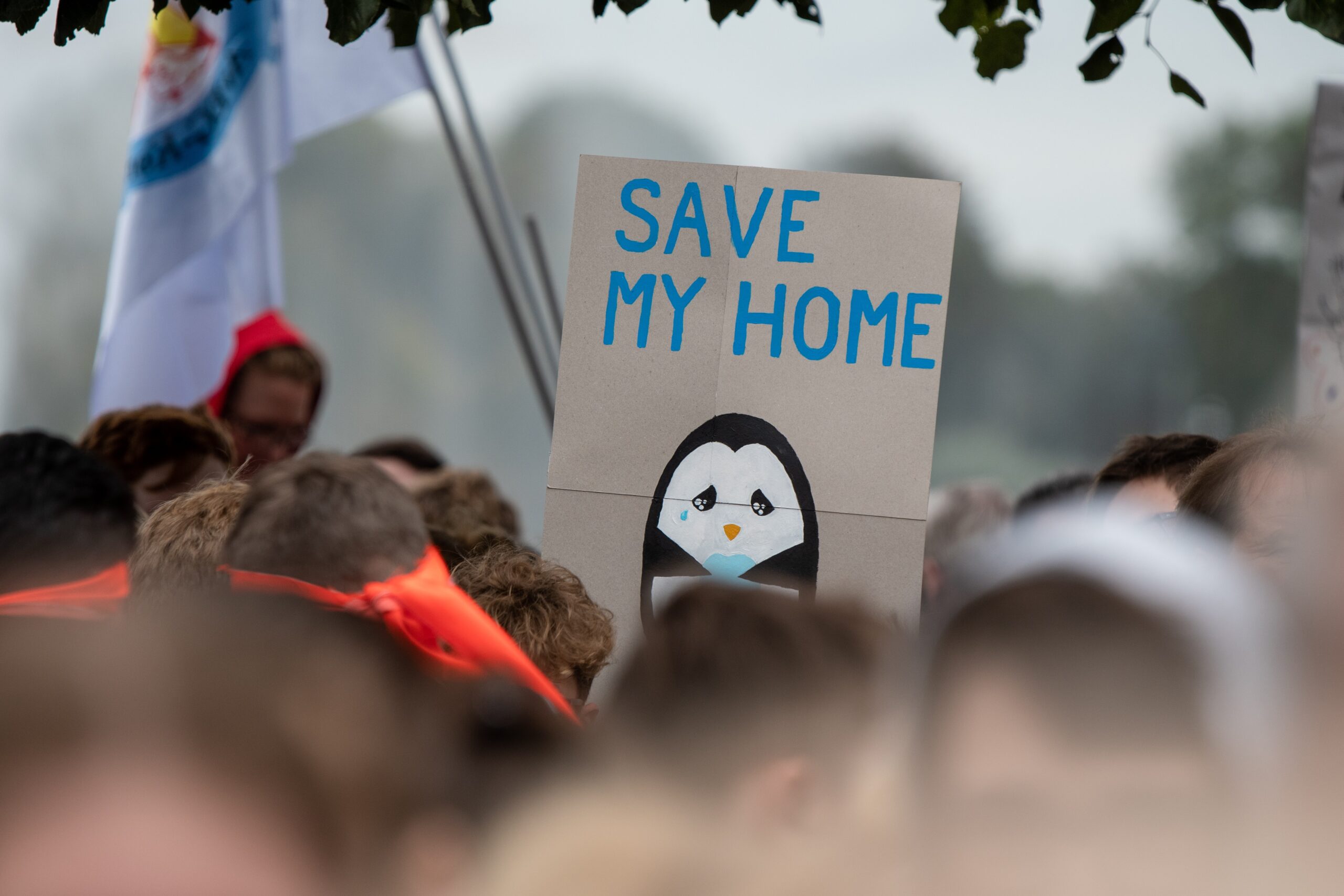 “We talk about climate change and global warming often within our friend circles… how it happens due to deforestation, about automobiles releasing harmful gases and our Earth’s damaged ozone layer”, ninth-grade Priya* tells me, as I ask how much she learns about the environment in her private school. She studied Environmental Science (EVS) until grade 6, as mandated by the Telangana curriculum.

What struck me was Priya’s unfamiliarity with why her father–now a daily wage labourer living in Karwan, a low-income neighbourhood in Hyderabad–migrated all the way from Bihar’s Sitamarhi district almost ten years ago. “Papa says he would earn more here,” she says nonchalantly. Once a sharecropper cultivating sugarcane and paddy, erratic rainfall and poor crop yield forced Priya’s father and uncles to move to greener (urban) pastures.

I ask myself: how much does Priya understand about her own personal history with climate change in Sitamarhi? In general, how are students in public schools made to think about tackling the local environmental challenges they are bound to face tomorrow?

First, some facts. A 2018 World Bank report noted that Chhattisgarh, Madhya Pradesh, Maharashtra, Rajasthan, and Uttar Pradesh were some of India’s top ‘climate hotspots’. That is, these regions, home to roughly 35% of India’s population will suffer the most severe impacts of climate change.

What these facts belie, however, is the ways in which climate change will disproportionately affect certain classes of this citizenry. So, while the Census may enlist reasons for migration such as education, employment, or marriage, Priya’s father and many other small-scale cultivators are forced out of their village livelihoods due to human-induced changes in the environment. The UN Office for Disaster Risk Reduction further explains that “vulnerability to risk, and degrees of suffering, are determined by levels of economic development, rather than simple exposure to natural hazards.”

For children in India’s poorest communities especially, climate change isn’t just something whose existence can be debated on; it is a reality that could very well cost them their lives and deepen inequality. Perhaps these youth could find some sense of solidarity with other students across the world who have taken to the streets against their elected representatives’ inaction against climate change. Inspired by Greta Thunberg’s Fridays for Future initiative, many students in our own New Delhi have taken charge of spreading awareness and demanding immediate action.

Yet, there is a certain privilege required to study and understand climate change at a contextual, local level. The absence of many students from government and lower-income schools at the Delhi climate protests was noticeable. Much more could be done to educate all classes of youth on the future that could await them. The best way to do so? To formalise the study of our changing climate across school curricula.

Behind the (EVS) Books

In 2003, the NCERT prescribed that boards across India should introduce Environmental Studies (EVS) as a separate subject. The intent was to increase environmental awareness amongst students, but the content introduced thereafter was generic, to say the least. Aspects like sources and types of pollution, the definition of an ecosystem and biodiversity are important, but the content barely scratched the surface of several students’ lived realities. Awareness aside, students rarely dealt critically with solution-oriented approaches to the changing environment around them.

That EVS was considered a lesser subject became evident in March 2012 — nearly a decade after the initial directive was issued. Through an affidavit, the NCERT decided to drop the subject for students in Grades 6-12, as it was considered a ‘burdensome additional subject’ for students to study.

Besides reflecting how the NCERT viewed knowledge acquisition—as something to aquire through stern study rather than by engagement with immediate realities—the 2012 diktat also tried integrating EVS into all subjects.

Such a move had the potential to enable a more holistic interaction with the environment. Environmental issues cannot be studied in silos; the 2012 approach could have also developed the scientific, socio-economic, gendered, and political temperaments of environmental conservation in students. For example, a history class on tribes and the respect for the ecosystems they inhabit could help young students understand conservation methods alongside the destruction of tribal habitats. Physics lab sessions could teach students how electricity can be saved using motion sensors.

Well-funded private and international schools can provide rich learning experiences for their students vis-a-vis climate change, with excursions and experiments. But what of their less-privileged counterparts in state-run or poorly funded schools?

The Trials and Tribulations of EVS: Lessons from Maharashtra

For any EVS curriculum to be relevant, it needs to be dynamic. Once the NCERT designs the national curriculum, states should adapt it according to their local specificities. This cultivates environmental awareness from a students’ neighbourhood and district up to the state and national levels, all the while helping them see their personal stakes in the subject.

In Maharashtra, for example, the EVS content is decided by Balbharati, an autonomous institute under the Government of Maharashtra. Here, the ‘Board of Studies’, which is composed of subject-specific departments, have subject experts who are responsible for aggregating content for textbooks. As of now, EVS is taught in both the sciences and social sciences for grades 6 to 10. Grades 3 to 5 have EVS segregated into two textbooks, ‘Part 1 and 2’. Even with subject experts, the extent of contextual EVS content is questionable: grade 3 textbooks only have a map of the respective district.

“Students know what basic concepts are. They now need to be aware of their local ecosystem and engage in activity-based learning,” says Ravi Jadhav, the geography subject head at Balbharati. The Board has included activities in pop-up boxes and anecdotes about environmental disasters in the hope that it will initiate further exploration by students. Mr. Jadhav also feels there needs to be a uniform theme across all subjects when it comes to EVS. Based on this, students can study different aspects of the environment. For example, if the theme is ‘water’, water distribution, water budgets, water pollution, and water conservation can be discussed in classrooms across all subjects. Unfortunately, that is easier said than done.

“A textbook is just a tool that provides basic, necessary information. It is the work of the teacher to take that as a reference point and engage their classroom with experiential learning by connecting the students with locally relevant and evolving environmental issues,” Mr. Jadhav reminds me.  While this seems obvious, only well-equipped teachers can carry this out. Unfortunately, scarce pedagogical and infrastructural resources in public schools limit the exposure of students, leaving a specific section of India’s youth out of the conversation on environmental activism.

Further dampening my optimism about Priya’s personal engagement with climate change, I found that the responsibility to teach environmental education was either given to the science/geography teacher or the teacher who has the ‘least teaching burden’.

Assembling the Future Guardians of the Earth

It seems like Environmental Studies features at the bottom of the ‘subject hierarchy’, almost as if it were a burden for students and their teachers. And while it may seem easily dispensable, the subject holds immense potential for actionable learning, which is essential in a country that is now characterized by climatic uncertainties and damaged livelihoods. The demography of young climate change warriors needs to be diverse in terms of class, race, and gender if environmental conservation is to ever become politically salient.

You May Also Like: Leaving Homes Due To A Climate Crisis

Besides localized content in textbooks, this calls for the active inclusion of environmental pedagogy in the professional development offered to teachers (both pre-service and in-service). Until then, not-so-privileged-students like Priya will never learn the adaptation and mitigation (read: survival skills) that pose a consistent threat to their families. Let us enable them to live consciously today so as to fight back tomorrow. Let us open their minds beyond the Disaster Management aphorism of ‘hiding under a desk during an earthquake’. State boards need to rethink their business-as-usual approach vis-a-vis the environment; every student needs to be prepared to swim in the deep waters that climate change threatens to submerge us under.