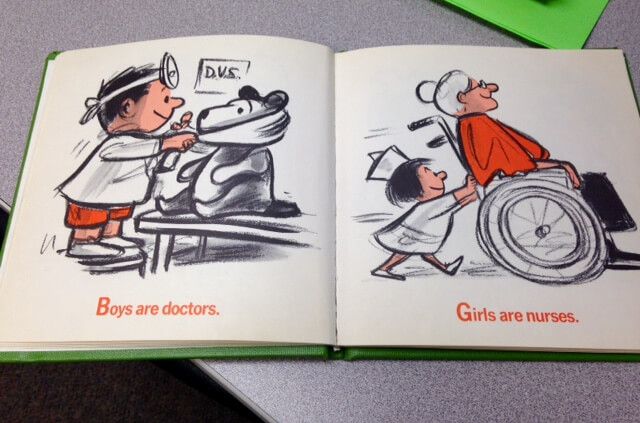 The striking down of a controversial 158-year old provision of Section 377 to decriminalize non-procreative relationships was a clear assertion of the Supreme Court’s value for ensuring social justice in India. Yet, the judgment’s impact risks being confined to legal know-how on ‘sexual diversity’, with societal prejudices still baring its venomous fangs. If future generations are still fed narrow-minded tropes of gender and a heteronormative worldview, their outlook on fundamentally nuanced issues becomes superficial at best, and ignorant at worst.

There is a plethora of evidence to back the existence of blatant gender discrimination across the globe. Most educational movements to discourage gender stereotyping typically occur during adolescence. By this age, student’s perceptions of these topics might already be too concrete to change. The Global Adolescent Study notes that girls and boys are “straightjacketed” into restrictive gender norms from a very early age. It found that in cities like New Delhi and Shanghai, boys are encouraged to be boisterous and explore the outside world while girls are forced to remain subservient and indoors.

For every boy that wants to wear pink and become a care provider and for every girl that wants to wear blue and become a scientist, societal impositions can damage their entire identity and ability to engage with the world around them. In particular, a future of disregarding homosexuality with its under-representation in school textbooks risks alienating an entire section of society during their crucial formative stages.

Whether this education system should entail an explicit description or a more subtle one of gender and sexuality is debatable; that this conversation needs to be introduced prior to adolescence is undeniable.

In India, the NCERT introduced a gender audit in textbooks to ensure that adequate representation was meted out to both men and women. The audit found that while there was an overall sense of gender equality in primary school textbooks, stereotypes were far from absent. Women were shown in caretaker roles, and often in derogatory roles like servants being forced to fetch water. While there are instances of women role models, there are massive holes in representation that are essential to levelling the playing field.

While changing syllabi seems like a straightforward fix to this issue, prevalent regressive attitudes retard change from taking place in a society. Changing the next generation’s attitude towards these issues might be facilitated through early education — but can the same be applied to older generations?

The fact that Indian parents might not want their children to read books with homosexual protagonists will disrupt the spread of awareness. Dr Anurima Chanda, a professor at the Center for Writing and Communication at Ashoka University, tells us how publishing houses may seek to start conversations around gender and sexuality, but parents still have reservations against introducing concepts that they deem “unnatural” and “irrelevant”.

Parents aside, for the texts to spark any conversation amongst students, teachers need to actively engage them in the process of reading — an occurrence that is infrequent across the board. Up until September 6th, the legal barrier created a tricky situation for teachers who wanted to help children understand homosexuality, for example. Now that it is no longer a crime, it is up to teachers to instigate awareness and inclusivity through prescribed texts.

As of now, India’s education boards have made no concerted changes to inclusive textbooks. Textual engagement is limited to a literalist understanding instead of a conceptual one.

“The task of editing in the process of writing intensifies when you come to actually paint the picture of equality”, says Alishya Almeida from The Irrelevant Project, a publishing house that intends on tackling biases in texts. She goes on to elude that something as simple as addressing a girl-character as “my little girl” and a boy-character as “my brave/big boy” can slip the eyes of an author who is otherwise committed to producing non-discriminatory content. Such subtleties have prompted the Project to adopt a gender-oriented primary approach, without which addressing sexuality would be difficult.

The Irrelevant Project is trying to change the education system externally, instead of from within. An organic way of raising awareness is by identifying existent biases through reading sessions and subsequent discussion. Most publishing houses that invest in creating inclusive literature will not forego their independence to build textbook curricula alongside education boards. “Teachers play vital roles in equipping students to identify bias in what they read”, adds Alishya.

Textbooks’ depiction of relationships will have to expand from the conventional nuclear family to a more diversified one that accommodates single homosexual parents. If not, our education mandates a surface-level analysis of texts that are sexist, we risk being caught in an endless loop of discrimination.

“Personally, primary education, especially CBSE was so bad in general when it came to topics of sexuality and gender education that I did not even expect anything from it. However, coming from a small town it was very hard for me to come to terms with my ideas of gender and sexuality because there was no outlet in my school. The absence of  an open minded counsellor or workshops did hold me back.”

Other countries have executed efficient models of representation in their education systems. Sweden consistently ranks among the top countries in the world in terms of gender equality, preschool curriculums being a significant component of this. Hiring male caretakers, ensuring no differential treatment, removing gender-specific toys, having gender inclusive textbooks, and encouraging gender-neutral language are all part of their reenvisioned pedagogy.

Yes, in a country as socially conservative as India, copy-pasting a Scandinavian tried-and-tested model is unfeasible. If Indian parents found out their boys were being encouraged to play with dolls in school, the resistance would be significant. The future might lie in independent publishing houses for now, but at some point, the educational boards themselves will have to assume a more responsible role.

The featured image is for representational purposes. Image courtesy mamamia.bg 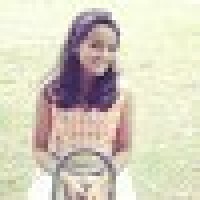