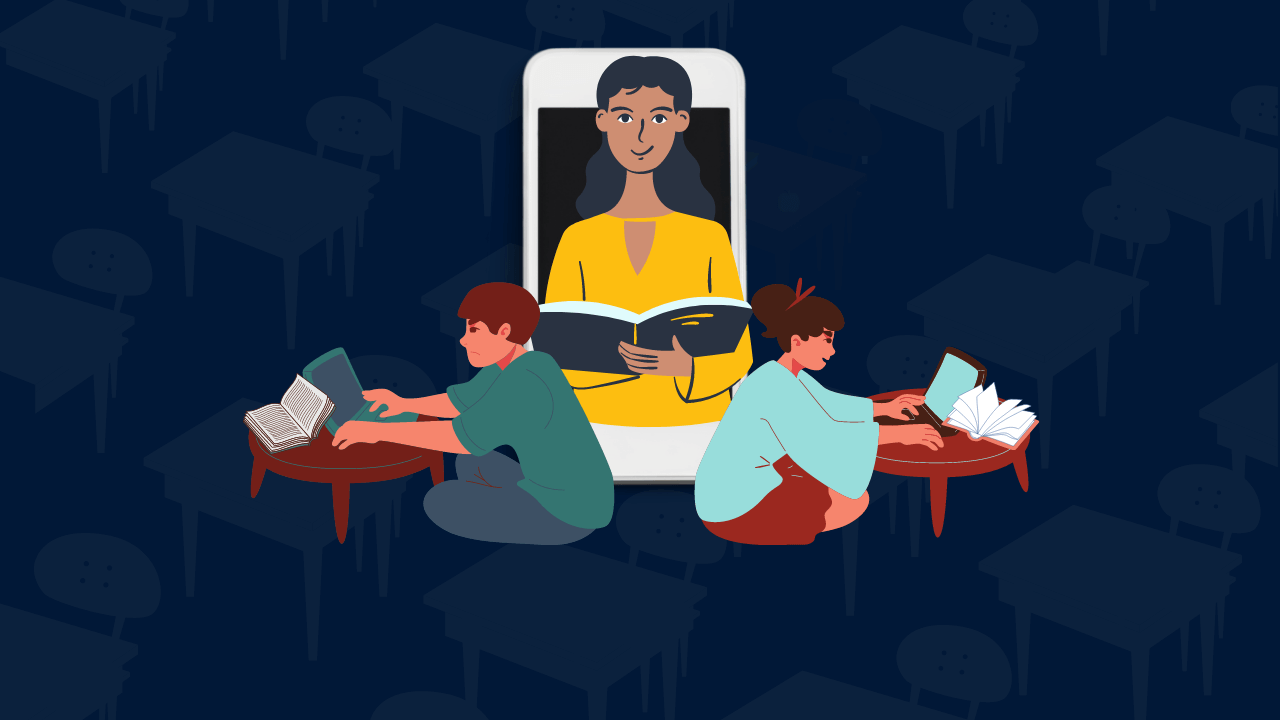 “Oh impetuous… foolish… Ah dear, the young. Why do they never listen? When will they ever learn?” laments the distraught playwright Ammon in the legendary 1981 film, Clash of the Titans. Three decades later, the University Grants Commission and seemingly most state and central education boards seem to still be echoing the same dirge, as these massive systems stand to be tested just as much as the students for whom they are planning to design evaluations.

The challenges in front of Indian educators are not small. To start with, one cannot ignore the veracities of our times – India has been ravaged with the second wave of a pandemic that had already brought higher education to a standstill in 2020, and students are definitely losing time. Instruction and teaching has been restricted to many web-conferencing platforms (such as Zoom, MS Teams etc.), which had been hitherto unheard of, at least in education parlance. There have been similar misgivings towards the infrastructural realities that most of our universities face, even premier ones such as the IITs and the University of Delhi, where computers and broadband internet connections for students were procured after external fundraising. Where this wasn’t possible, teachers had to resort to sharing reading material and instructions via WhatsApp messages and voice notes.

These issues are still prioritised over another burning question – that of student evaluation and assessment — which has, unfortunately, remained chiefly unanswered. In a country where ‘jugaad’ is constantly celebrated, it is ironic that innovations in evaluation design have been, at best shelved for later.

There has been a brave attempt to talk about evaluation in Chapter III of the Concept Note released by the University Grants Commission (UGC) on Blended Learning. Uploaded on May 20th, it says,

It is evident that learner-centred learning has always helped the learners achieve curriculum outcomes… collaboration, not competition at individual level, needs to be encouraged for a teacher’s contribution to a productive society.

For the uninitiated, the UGC clearly defines Blended Learning in the very first sentence of the Concept Note as “(…) an instructional methodology, (…) that combines face-to-face classroom methods with computer-mediated activities to deliver instruction,” again overlooking evaluation as a chief constituent of the Blended Learning process.

One can argue that there has been an attempt to remedy this by dedicating an entire chapter, Chapter V of the Concept Note, to answer the question of evaluation. However, quite tellingly, it is the shortest chapter in the note, at a little beyond two pages in length. Vague doctrines – such as “Out-of-box thinking about summative as well as formative evaluation is expected from the teacher implementing [Blended Learning] mode”1 – litter the chapter, almost as if someone added it as an afterthought. Therein lies the biggest struggle for our educators, and perhaps students as well – not enough is being thought about how to design assessments in a way that the culmination of a course or a program may be examined. Conversations on learning objectives and flexible curriculum design remain open until a robust system of evaluation ties up these strings.

It is not surprising that in Chapter V, as well as elsewhere through the concept note, open-book examinations are not only recommended, but in fact hailed as “a right way to move away from the conventional approach of examination where reading and reproducing is prime”2. But, no further suggestions on designing courses that facilitate such examinations, or on the kind of questions that could warrant an open book representation, find any mention. This is perhaps because the rationale is misplaced.

Open book examinations are, of course, a good way to practice critical thinking and to move away from rote memorisation – but the broader implication of this is the inability of institutes of higher education to employ more sophisticated methods of invigilation, which incidentally also find a passing mention in the ultimate paragraph of the chapter, which advocates the use of AI for proctoring3.

The grave assault here is to the academic integrity of the student taking the assessment, who has hitherto received unspoken yet unsubtle messaging about how the university doesn’t trust them to take an examination unsupervised. More than anything, blended learning needs to ensure that this relationship between students and their teacher is improved, where teachers look at students as co-travellers in a fun bus ride, wherein students look at the teacher as a guide, who has merely been down this road before. If the bus breaks down, or a wild animal attacks, the teacher and the students must all collectively find ways to overcome these challenges, rather than look at only one for support – or worse still, try to feed a few to the animal in order to save themselves.

This can be easily rectified in many ways.

‘Making learning fun’ is an endeavour that is increasingly finding fewer takers in the higher education system which often identifies itself with serious, furrowed brows as opposed to an occasional cracked smile in the high school system or the perpetually dancing elementary school system. This approach has to change, as most students are not able to mark this transition successfully. In a reference to the oft-used marketing doctrine of ‘go where your consumers are’, educators must also alter their perceptions about certain platforms or modes which are overlooked, as being frivolous or ‘for fun’. Some primary examples in this respect are social media platforms – especially for short-form content such as Instagram Reels, Snapchat, Moj, Chingari etc.

Brevity is often the hardest aspect when it comes to explaining concepts – and also the part that could be best evaluated in a course that relies on understanding complex concepts and theory. In such cases, group activities may be used in consonance with ensuring students find ways to explain a particularly difficult concept to a target audience, using one of these platforms. This encourages students to often innovate and look beyond the ‘serious and pedantic environs’ of the higher education system. In fact, what’s better is that this creates a higher stake for the student to perform – not just because they know these mediums better – but also because this content could be used to steer them in a direction where they could become thought leaders, and influence and inspire many like them to start similar conversations.

The concept note also opines that “(…) it is up to teachers and learning designers to offer blended activities that best suit the subject, the learners’ needs and the curriculum requirements (…)”5. Elsewhere, when talking about designing course structures, very rigid lines are drawn again between courses and it is mentioned that blended learning is being ‘exploited’6 by each of the teachers separately. This is in stark contrast to the UGC’s own observations on interdisciplinarity and trans-disciplinary education. Blended learning, in fact, is a phenomenal way to ensure that faculty members can discuss collaborating on evaluation, instead of the rigid silos that they have so far been accustomed to teach in.

There is a plethora of research to suggest that allowing students to draw parallels and relationships between seemingly unrelated subjects actually aids overall longer-term retention. Any evaluation that draws from these principles is not dependent on immediate working memory. Students also learn from looking at collaborating educators, and may be inspired to do so themselves.

But, while these suggestions work wonderfully for the students, who puts in the additional effort of making our curricula more receptive to these alternative evaluation schemas? 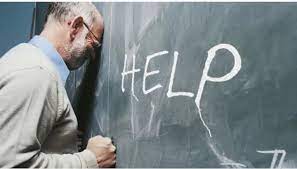 An oft-repeated, and perhaps true, sentiment is that in order to make learning more learner-centric, and evaluation more on-demand, continuous, and comprehensive, policymakers often overlook the plight of educators and the various demands that such alternative practices place on their time.

It is not sufficient to merely state that it is the educators’ job to ensure blended learning happens without offering them resources, training, incentives and the space to do so.

It is known that in the longer run, universities also save up on costs by implementing blended learning models, but not enough goes towards training the educators or equipping them with skills that will enable them to not only create, but also grade such assessments justly, and in their truest spirit.

An easy way to fix this is through the induction of a ‘Student Success Team’ beyond mere teaching assistants. They can be students from the same class, postgraduate students in the same field or be hired laterally to help faculty out with the added pressures of teaching that come with any blended learning setup. They could take care of logistics, course and activity design and even part of grading – as the primary instructor so chooses.

This might be a good segue to bring forth one final point towards effective teaching practices in the blended learning model, which the Concept Note addresses under the head of Creative Products. Educators must be trained to distinguish between learning and assessment activities. Many a time, the complaint from educators is that their learners are unable to recognise or appreciate the ‘seriousness’ of an activity administered to them. ‘Unless I make it evaluative, students barely pay attention’, is the usual refrain. That is perhaps because many institutions of learning – and often learning designers themselves, as is clear from the Concept Note –  also fail to recognise and appreciate a learner’s incentive framework. A learner is no more a mere receptacle than an educator is a boundless ocean of knowledge. These flawed notions of the teacher-student relationship do not work in these scenarios; the key to fixing our learning models lies in identifying the incentives that run their behaviours and modifying them.

The UGC Note on Blended Learning is an important step in the direction of facing the realities and needs of our current higher education system. While significant steps are being taken to ensure the dissemination of knowledge is not disrupted, creation and evaluation are definitely suffering, primarily due to oversight. Finally, of course, as with most other policies, the efficacy of implementation will be determined by how it best addresses the incentives of the educators and the students.

As the legendary Ammon says elsewhere in the movie to a distraught Perseus who has had enough of his philosophy, “There must be a way to kill the Kraken. I said there was no way known to man. There might be a way known to woman.”