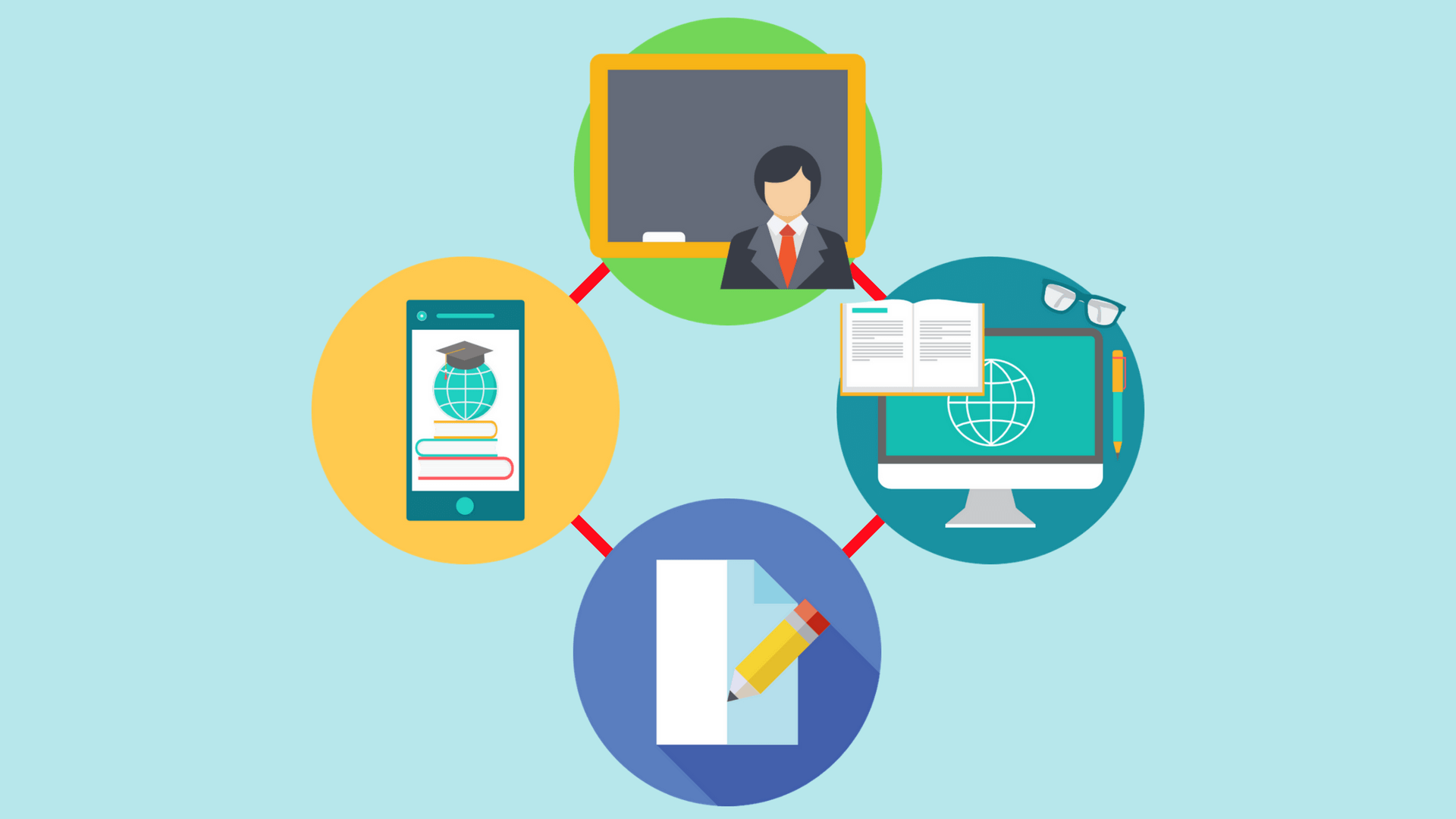 As countries began going into lockdowns in 2020, students across the world were physically separated from their places of education. Over 1.3 billion learners across age groups were affected by COVID-19, many of whom suddenly found themselves learning via the internet. In India, a solution for students at the higher secondary, bachelors, and masters levels lay in the form of revitalising what are known as “Massive Online Open Courses”, or MOOCs. Students learn “through pre-recorded lectures, resource video materials, lecture notes, assignments and quizzes, which are usually online and provide self-assessment in regular intervals during learning”. These are premised on the simple goal of breaking barriers to education for anyone, anywhere, and at any time. For those with access to the internet, this is a powerful goal.

India has actually had an assortment of private and government-run MOOCs since as early as 2014, but never before have government-run MOOCs seen this kind of impetus and potential. Unfortunately, over a year into online learning, government-run MOOCs still fail to match international standards. Existing ones like SWAYAM and NPTEL do not address the accessibility, bandwidth and language barriers that students from various backgrounds may face; many are not optimized for a basic mobile phone, making it impossible to learn across platforms and use credit gateways. Private learning platforms like edX and Coursera have shown the way for using technology to deliver high quality, interactive and credible learning programs. With standardized professional examinations and courses for up-skilling offering a great market of students to tap into, where is India’s government-run MOOCs falling short?

The Gold Standard for MOOCs

Recognizing the disproportionality between the basic demand and supply of MOOCs makes us reconsider the policies that we have set in motion in the first place. Back in in 2014 The University Grants Commission (UGC) along with the MHRD joined efforts to make education available to every young Indian by creating a new avatar in the MOOC sector — ‘Study Webs of Active-Learning for Young Aspiring Minds’ or SWAYAM. Today, the Government of India has over ten active free-access open course online learning platforms such as NPTEL, SWAYAM, DIKSHA, Swayamprabha and NCERTx. Despite their existence, government-owned MOOCs have just over two-million users, which is a tiny proportion of online learners.

In the meanwhile, international private-run MOOCs have set the benchmark for online learning in terms of the number of learners, the comprehensiveness of courses on offer, and the presence, when necessary, of other options such as credit linkages, certificates upon completion, opportunities post-completion and so on. Such a benchmark is important to be able to recognize how the government is underappreciating all that MOOCs can be.

Digital India or not, India accounts for over 8% of the students enrolled in MOOCs across the world. 12% of learners on Coursera and edX are from the subcontinent, just behind those from China and the United States. This is just the tip of the demand-iceberg for up-skilling. The National Employability Report from 2019 found that over half of the students studying arts, science and commerce in India had no measures for guaranteed employment, while only 20% of our engineering colleges have facilities for campus recruitment.

With their ability to allow students to upskill in specific subjects or access a college education remotely, the Centre’s approach to MOOCs has been underwhelming. In terms of encouraging learners to take up their free courses, private and government-run MOOCs go to very different lengths to convince their potential customers. Have a look at edX’s platform:

On the other hand, the National Programme on Technology Enhanced Learning (NPTEL) appears two-dimensional, and has features that are the lowest common denominator of website design. Initiated in 2003 by seven IITs and IISc Bangalore and developed by the MHRD through 2009-2014, the website claims that it is the “largest online repository” in the world for courses on engineering, basic sciences, and selected humanities and social sciences subjects. Here’s how it feels:

The outdated interface of NPTEL extends to its courses, which are divided into “Medical Courses” and “NPTEL Courses” with no clear reasoning. A visitor may easily believe that NPTEL exists predominantly to serve students studying medicine. But what about the extra course material, scope for interaction with instructors, or how easy it is to find what you’re looking for?

NPTEL’s non-medical courses are still better off insofar that the tabular classification of courses appears organised and divided into multiple sections that cater to varied topics. Unfortunately, additional resources and reading material alongside these video lectures are scant, proving little use to learners interested in studying further. To their credit, since March 2014, NPTEL has issued certificates from the IITs/IISc for those who successfully complete courses.

MOOC platforms run by the Centre are available only in English and Hindi, with some specific courses being offered in other regional languages. While English may be a global language with significant professional currency, it is also accessible to only around 10 percent of India’s population. So, albeit free, such an approach to online education will never reach “the masses” of learners in India. This applies to any of the MOOCs mentioned above, except the DIKSHA application, which is targeted to school-going children and parents, and has been made available in multiple regional languages. In fact, as far as comparisons with international gold standards go, the DIKSHA app is a laudable attempt by government-run MOOCs to improve their overall positioning towards users.

Despite a few technical glitches, DIKSHA helps the most basically literate user to understand, grasp and use what is available on the app, which is one of the reasons why it has been used by states like Kerala and Tamil Nadu to bridge the gap between teachers and students during the pandemic, but also make it easier for teachers to utilize technology effectively.

Most government-run MOOCs including DIKSHA need a fast and stable internet connection in order to learn and navigate effectively. Despite downloadable PDFs and transcripts (sometimes) of the videos being made available, the main form of teaching on MOOCs is still the video file with the teacher on-screen. Customer reviews on the Google Play Store and the Apple App Store host complaints about the instability of these platforms’ servers and the high ping that it gives to the users while accessing videos. While this may be a negligible discomfort for people with stable wireless internet, it defeats the purpose of a government-run MOOC providing “education for all”. As of 2018, only about 1.67% of Indians are “digitally literate”. The residual population still finds themselves on the other side of the internet, unable to use specific features of any platform, let alone one for learning.

Looking Ahead: The Little Things Matter

The disparity between the likes of an edX with an NPTEL is clear with every metric of comparison, from the website interface available to learners, the range of courses and extra learning resources on offer, or the effort taken to attract learners.

As COVID-19’s “second wave” leaves students with what looks like another year of at-home learning, the Centre and Ministry of Education seem indifferent to the potential that free MOOCs possess for educating and up-skilling Indians. Before even going into the quality of courses on offer and their content, MOOCs need to address concerns around their navigability, accessibility, and attraction. Taking note from the gold standard of their international private counterparts, the quality and services on offer in India’s existing framework of government-run MOOCs can be improved to benefit the education of millions of students, across age groups, across the country.

Editor’s note: “Government-owned MOOCs” refer to those under the jurisdiction of the Government of India, and not state governments. The Bastion would also like to acknowledge Anurag Shukla’s help in initiating this story and guiding our research framework.