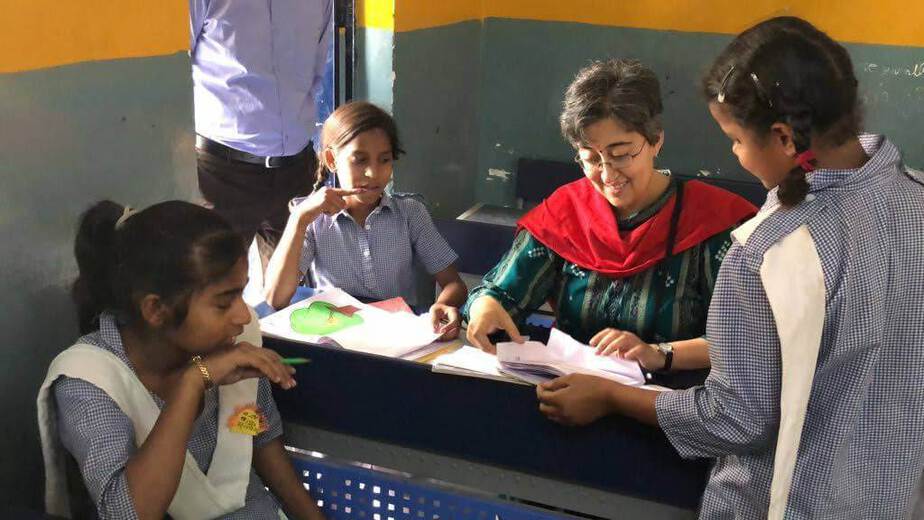 As the early morning buzz settles in on the narrow alleys of Sangam Vihar, Delhi, uniform-donned students rush inside the gates of an imposing grey building. Matronly teachers follow, eager to get their attendance noted through the biometric scanner installed in the principal’s office. They collect their tablets from their lockers and head to the classrooms furnished with shiny new blue desks, ready to note down the students’ attendance on a smart screen instead of the age-old registers.

In recent years, Delhi government schools have undergone a drastic facelift, especially in terms of infrastructure, curricula and teacher development. The AAP government has consistently made education a top priority, and this reflects clearly in its budget allocation; the latest 2019-20 budget revealed an impressive allocation of 26%  — about Rs. 15,601 crore — towards education. Such a continuous high allocation has translated into better learning outcomes and quality of education. And in the context of the upcoming elections, the promise of a better education for all has become a central pitch for the party.

With the roaring recognition and success that has come its way, the ‘Delhi Education Reform Model’ makes for an interesting case study. The pass percentage in Delhi’s CBSE government schools for class XII has gone up from 88.36% last year to 90.68% this year, while the private schools ended the year with 88.35%. When compared to the rest of the nation, this performance is the second best after Thiruvananthapuram, where the pass percentage is 99.11% (100% last year); the cumulative passing percentage of Delhi region for the academic year was 89%.

With the likes of Atishi Marlena (now just Atishi) — an AAP leader with an impressive background of being a Rhodes Scholar in Educational Research at Oxford University — at the helm, things seem to be changing for the better. The policies she has directed and launched are multi-pronged in their approach, targeting the development of both, students and teachers.

Take the Mission Buniyaad program for instance; based on similar lines as an earlier scheme called Mission Chunauti, younger children who were struggling with basic reading, writing and mathematical skills were trained hard to bring their skills up to grade level. Economically weaker children, who were first generation learners with little opportunity of getting any help outside school, were given intensive training and were regularly monitored. A summer camp was an integral part of this, which was held between May and July; students who were still behind were continued to be mentored. Despite learning outcomes being “not to satisfaction”, the program resulted in significant improvements.

Isha Kumari (name changed), a student of 7th standard, words her experience as “great” and says, “It gave me confidence. I did not know to read big words before, but now I can read like my friends in class.”

The Happiness Curriculum introduced last year also contributed to shifting the focus from a strictly syllabus-based structure, to one that is more holistic. This is meant to instil mindfulness and self-awareness by covering a range of activities like moral based storytelling, meditation, drawing and expressing one’s emotions, and more.

Teacher training has also been an important part of AAP’s policies, with close to 100 crores used from last year’s budget for the purpose. For example, peer-to-peer learning has been bolstered with the launch of the Teacher Development Coordinator Programme, which can be used to exchange and draft lesson plans, cover challenging topics and introduce activities in class. Further, a total of 600 principals were sent to universities abroad for training of which 300 went to Cambridge, 200 to Singapore’s National Institute of Education and National University of Singapore, and 100 to Harvard. Additionally, teachers who performed really well were delegated to mentor around 25,000 other teachers to improve learning methods and outcomes.

There has also been a push to involve parents in the schooling process; from having two major Parent-Teacher Meetings in a year, to ensuring that School Management Committees are functional and active, the Delhi government has worked to build regular interaction between all the stakeholders in a child’s schooling life.

Further, an improvement in infrastructure has worked as a motivating factor for students and teachers. For 2018-19, from the total budget of Rs. 13,997 crores allotted for education, Rs. 175 crores were given to set up one lakh CCTV cameras in schools to ensure the safety of the staff and students, Rs. 20 crores were given for sports, Rs. 10 crores for self-defence classes for girls and Rs. 315 crores for establishing a skill centre in order to train the youth for future employment. In addition, over Rs. 100 crores have been used to set up new libraries to foster a reading habit in children.

Education as a Primary Voting Issue

Making education a central poll promise is the first step to ensuring some amount of change because this lays the foundation for accountability. The AAP and Atishi go one step further in this regard; they say that a crowdfunded campaign aimed at delivering education is the most efficient way to be accountable, because quite literally, it is the public’s money on which the party is trying to get elected. Currently, Atishi has a crowdfunding campaign running on ourdemocracy.in, and has raised close to Rs. 50 lakhs. Kanhaiya Kumar launched a similar campaign earlier, through which he raised a little over Rs. 70 lakhs.

With the results AAP has been able to achieve thus far, it seems like it the crowdfunding strategy works well. In fact, it is alleged that the BJP found AAP’s ability to tackle the education problem threatening; they had a number of posts abolished for not taking prior permission from the centre — one of these was Atishi’s post as advisor to Manish Sisodia. “The target for this order is Atishi Marlena. It’s because she was key to improving the education system in Delhi. I’m challenging BJP to find one state that it rules where government schools have not been shut down. And here in Delhi, we are improving the education system,” said Mr Sisodia.

Even the Congress party has made significant pre-poll promises with respect to education in its recently released manifesto. The two promises that stand out are to ramp up education spending to 6% of GDP (double of what it is now), and to make school education from classes I-XII compulsory and free in public schools. The efficacy of such measures are, of course, debatable, but it’s encouraging to see such bold measures being thought of.

While elections are usually won using caste, religion, or simply die-hard party loyalty, it would be a big, positive step to win using a basic development issue. It is the need of the hour that the government, at the state and central levels, are working to build and provide the right kind of education model for the country. One hopes that in the upcoming elections, the public holds the leaders and their promises accountable to deliver tangible results and set the stage for a more progressive future. 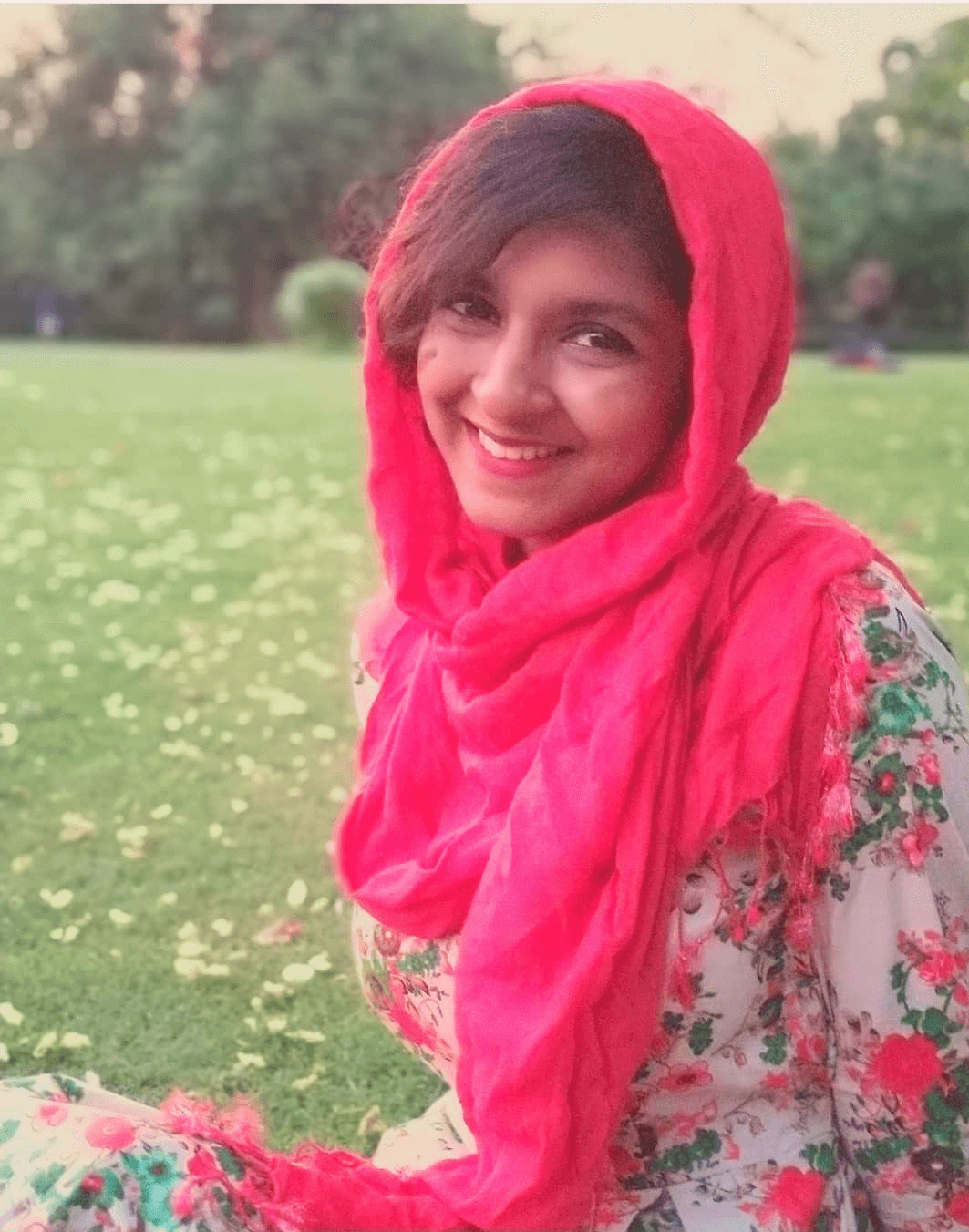