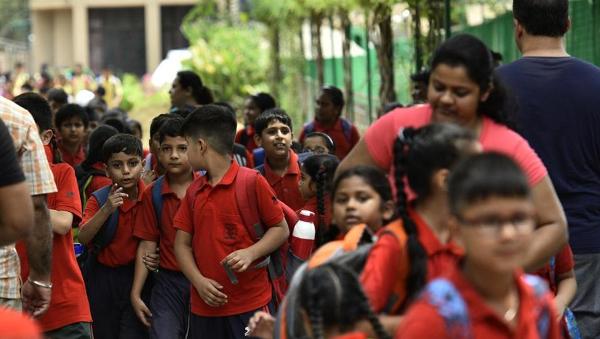 “In school, my son is called by the name 134a sometimes,” said Rustom, an unemployed pharmacist sitting on his bed, calmly sipping tea. The fan barely compensated for the heat of a summer afternoon in Sonipat. One would expect anger in his eyes, but now all that’s left is a sense of tired cynicism. “He is also segregated into a different section. A’s, B’s and C’s are reserved for other students. 134a students are given E’s and F’s.”

Rustom’s family comes under the Indian government’s Economically Weaker Section (EWS) category, a reservation made for citizens with an annual family income of less than Rs. 8 lakhs a year. Under Section 134a of Haryana School Education (Third Amendment) Rules passed in 2013, every private school in Haryana must reserve 10% of their seats for students from 1st to 12th grade coming from economically weaker sections (EWS). It was through this quota that Rustom’s son was admitted to Rishikul Vidyapeeth, a well-known private boarding school in Sonipat. If not for this quota, well-equipped private schools such as Rishikul — owing to their high costs — would remain out of reach for children who don’t come from the most privileged backgrounds.

“If they don’t allow my son to take part in paid activities like swimming and horse riding, which are paid, that is still understandable. But when he is barred from free-for-all events like music concerts and other normal extracurriculars, that feels wrong,” he says. Rustom’s son, now 16, has had to face such acts of discrimination throughout his schooling life.

While India guarantees education to every child under its government schools, the state of these schools is often unsuitable for learning; astoundingly poor student to teacher ratios and shoddy infrastructure are well known problems. As a result, parents are desperate to enrol their children in private schools, to ensure that their children have a chance at receiving a decent education and climbing up the social ladder. “We are helpless, but at least our kids can get respect because of a good education,” says Naresh Kumar, whose son also studies under EWS.

Rustom and Naresh are both members of Sonepat’s Chatra Abhibhavak Sangh, a decade-old union of parents and guardians of Sonipat that focuses on making sure Sonipat’s children from socioeconomically weak families receive their right to admission in private schools. The schools, however, don’t usually budge without a challenge.

Haryana’s private schools have repeatedly tried to find creative ways to dodge the 10% quota imposed on them by Article 134a. According to reports, in 2016, 298 schools in Sonipat refused to declare the number of seats available or fraudulently declared fewer seats. In 2018, The Tribune reported that legitimate applications of students for 134a in Karnal were cancelled citing incomplete information. In 2019, this same baseless cancellation of forms took place in Panipat.

Satyavan Kundu, the head of the Haryana Private Schools Association and owner of two private schools, is the man who has answers for everything. Why do schools try to refuse admission? “Because the government has not paid us for 134a.” According to a High Court order, the state government is supposed to remunerate private schools for the education of students under 134a. However, Kundu claims, “We have not been paid for 4 years. Every year we demand the money, but the government never pays us.”

This year, Haryana’s private schools claimed that they will not admit any student under the EWS quota unless the government pays them the dues. Kundu defended the decision, citing the additional frustration that parents get fake EWS certificates made to get their children admitted. “We want wholeheartedly to provide education to the poor. But how can we, if we are not paid?”

Few in the Chatra Abhibhavak Sangh believe Kundu’s wholehearted intentions, and they have good reasons not to. The kinds of discrimination meted out in private schools go far beyond the monetary. Naresh said, “Students enrolled under 134a have been made to sit on the ground to give exams, denied access to the playgrounds.” Yogesh, another parent, said, “We are refused bus services falsely citing lack of space, and children are not enrolled in 11th grade until after the boards’ results are out.” For parents of the union, the journey of their children’s education, as opposed to an experience of witnessing their beloved children grow and learn, has instead been a constant reminder that they don’t belong.

“If they don’t take 134a students, we will lock up the schools,” says Vimal Kishor, the president of the Sangh, fearlessly. For a union of parents, the Sangh has had a rather active, sometimes violent history. Kishor says with a smirk, “In 2009, we went around puncturing buses of the four biggest private schools.” “Not when there were children in them, though,” he added as an afterthought.  In 2016, a protest by the Sangh outside Spring Bird School, another expensive private school in Sonipat, turned violent and ended up hurting a student. 14 men and 26 women from the Sangh were jailed for 12 days on charges of attempted murder.

Amongst others, Archana, a member of the Chatra Abhibhavak Sangh and mother of two, protested by refusing food for 13 days in order to release her fellow members from jail. She refuses to tell me her last name with a smile. In the Sangh, people are referred only by their first names. “We don’t want caste to be involved,” she says.

Back in April, Archana, one of the most active members of the Sangh, was only gearing up for the fight. As we talked, her phone rang every two minutes with a desperate parent on the other end. “Yes, the results will be out today.” “No, your child will only get admission based on the percentage they got.” Archana joined the Chatra Abhibhavak Sangh in 2013 to get her own children admitted to a private school. “I came with a selfish motive, but I stayed because everyone should have the right.”

After a long silence, she thought out loud, “If there is one thing I have learned, it is that you have to fight for your rights.” 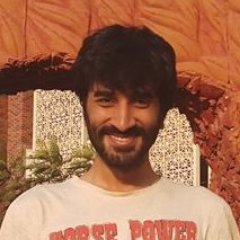