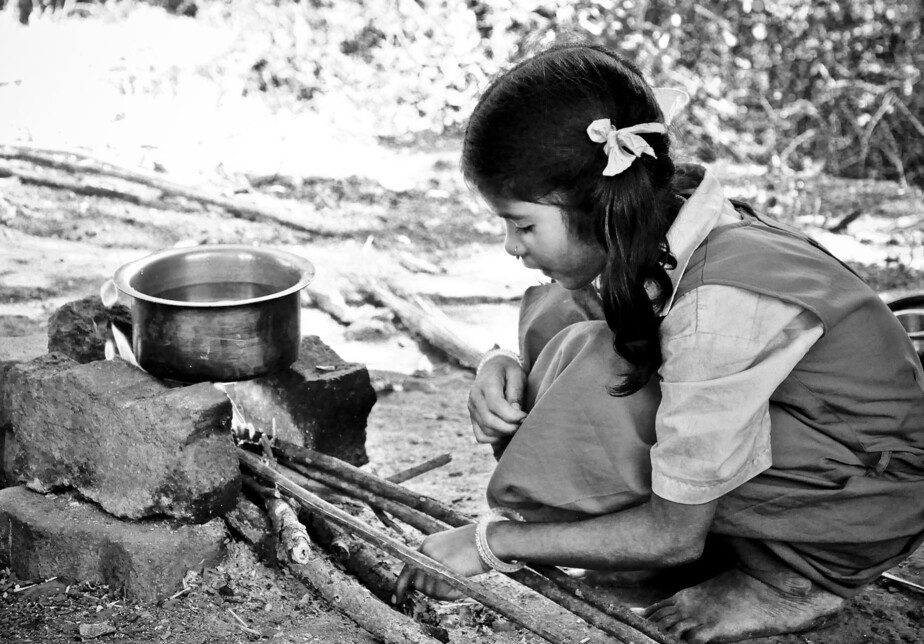 Recent neuroscientific studies have indicated that the brain develops fastest during the early stages of childhood, with 90% of its development complete by the time a child turns six. This development is dependent on various physical, cognitive, emotional, and social experiences a child is exposed to early on in life. Further, research conducted in Jamaica has identified a positive relationship between exposure to holistic pre-primary education and healthcare at a young age and sustained success in the future. It can thus be conclusively stated, that the quality of education and healthcare provided during a child’s early childhood development (ECD) phase up to the age of eight, often sets the tone for her/his progress in the future.

Included in the United Nation’s Sustainable Development Goals (SDGs) to be reached by 2030, ECD initiatives have now been internationally recognised as facilitators of upward social mobility, and are being incorporated into education policies. The Indian Government, in line with its long-term commitments to improving the quality of its human resources, has incorporated it into key education policies. However, the usual triad of poor implementation, budget cuts, and decontextualized policy making, have hindered the successful execution of policy, at the cost of millions of children’s futures.

How Can ECD Benefit India?

India’s inefficient utilisation of its economic resources has far-reaching implications on human productivity. Students while officially literate, are often incapable of performing simple arithmetic, writing, or reading tasks. Therefore, there seems to a fundamental policy failure in ensuring educational rigour and quality in the long run. This could be improved by the incorporation of ECD innovations into educational policy, transforming the operational norms upon which our education system is based.

The liberalization of our primary education system could have positive benefits on learning capabilities and mental health. Pre-primary education is usually geared towards providing students with operational skills, such as reading and writing, that would be immediately used in a primary education setting. Such pedagogy does not account for individual learning capacities, and often generates a toxic grade-oriented culture, that India is all too famous for. Furthermore, the capacity of a child to master such concepts at a young age, is fairly low. Making primary curriculum more flexible, experiential, and holistic, smoothens the transition from pre-primary education, and creates an environment focused on conceptual learning. This would improve the overall literacy of students, as they progress through the education system.

Additionally, ECD is enhanced through the provision of various goods and services, that not only improve educational indicators, but economic and healthcare performance as well. For mothers in particular, well-run childcare facilities could greatly enhance their economic and occupational independence. For children, good healthcare and nutritional assistance at a younger age could potentially decelerate the onset of disease later on in life. Additionally, experiential pedagogy embedded in curricula instills diverse positive values in young children, such as environmental consciousness, and an aversion to violence.

For a country like India, with vast human resource potential mired by the negative effects of relative poverty, focusing on ECD programs is of key importance

Governmental efforts towards the implementation of ECD in education were materialised in 2013 and 2014, with amendments to Article 45 of the Indian Constitution and the Right to Education Act (RTE) respectively. The Indian government was mandatorily responsible for providing early childhood care and education, for children up to the age of six.

These amendments catalysed the development of the National Early Childhood Care and Education Policy (ECCE), released in 2013. The policy laid down schemes to hone pre-primary education, based on different stages of childhood. Children below three years of age were to be exposed to stimulation experiences, those between three to six to play based activity, and those between five to six to school-readiness programs.

Additionally, primary healthcare and growth development were to be provided for children from the first two groups.

The National Curriculum Framework (NCF) that accompanied the ECCE outlined the multi-faceted nature of this education, in terms of its activities, experiences, and contextualised learning. Most importantly, however, the policy clearly outlined the importance of the Indian state as a provider, dispenser, and regulatory authority for ECCE programs. The policy was later taken up by states across the country, who contextualized it to their own circumstances.

The Role of Anganwadis

Anganwadi Centres (AWC), which function as pre-primary centres for children, basic health centres for local communities, and crèches, are one of the Integrated Child Development Service’s (ICDS) most well-known products. Women from weaker socio-economic backgrounds often depend upon them, for childcare and health services. For many children, they act as the singular gateway to primary education, healthcare, and day-to-day nutrition. Bustling with children and complete with caretakers, facilitating play based activity as well as basic school-readiness would be far easier in such environments.

Existing infrastructure was efficiently utilized to execute the policy’s objectives, by integrating the ECCE into the services provided by the ICDS in 2016. The ECCE’s curricula and programs would be provided for free, to all children regardless of their background, at AWCs. New enrolments would be nurtured, in addition to the 3.5 crore children, that 13.5 lakh AWCs currently serve.

Unfortunately, yet predictably, the objectives of the ECCE have been forsaken by poor implementation and budget cuts in critical ministries. Data collected over 2015-2016, highlights the half-hearted implementation of ECD policies across states.

In only ten states did more than 50% of government schools independently provide pre-primary education!

Most states simply relied on local AWCs, often located near government primary schools, to implement policy objectives. More than half of India’s states had only partially implemented the policies, and five (Bihar, Chhatisgarh, Meghalaya, Punjab, and Gujarat), were yet to kickstart their initiatives.

One would think that the Ministry of Women and Child Development (MWCD), under which the ICDS falls, getting a 20% increase in funding, as of FY 2017-2018, would be good. However, The ICDS specifically has witnessed a 9.6% reduction in funding since 2015, with the current allocation standing at a minuscule 500 crore.

This affects the development of existing AWCs, that are suffering from major infrastructural shortcomings. Studies published in 2015 note that only 59% of AWCs have the required infrastructure to accommodate children, and only 48.2% were sufficiently hygienic. Such cuts decelerate the general reach of ECD across the subcontinent as well. AWCs are yet to service all the children that require them, hence a fast-shrinking budget bodes ill for the inclusivity objectives of not only the ECCE but the RTE at large. Therefore, in light of these budget cuts, the commitment to achieving the benefits of EDC through AWCs, seems to be lacklustre at best.

In all fairness, successful ECD requires that multiple integrated sectors function optimally. The varied quality of India’s public infrastructure, which has to cater to a huge population, makes reducing inequality difficult. Discrepancies force dependence on the generally quality oriented private sector, which furthers disparity in opportunity and access. Therefore, some activists have suggested the implementation of a ‘nationalised’ schooling system, that does away with private schooling altogether. This would reduce the chances of unequal competencies and hierarchies, and allow for inter-class/caste integration.

For the most part, the private sector is able to deliver on its outcomes better, providing relatively brighter prospects for the children under its care. To call for its disbandment is to place the entire burden of responsibility on the government. Given the current standards of public elementary education, it is possible that a nationalised schooling system catering to a much larger sample, would only collectively lower the capabilities of Indian children. Regardless of the outcomes, however, such solutions do not actually tackle the problem of implementing ECD across its breadth of policy objectives and point to larger focused questions on social inequity and conflict instead.

Nationalizing industries, in order to enhance their productivity is not a viable option, therefore. Instead, the focus should be on improving the productivity of existing frameworks. Scholars have noted that India’s highly procedural, bureaucratic, and hierarchised administration in certain states, has limited the action potential of such nationalized schemes. On the other hand, states where policies have been reinvented at the ground level, with contextualized methods and objectives, have produced better results. In these cases, direct stakeholders, such as teachers, parents, and local NGOs have been involved in redesigning policy. Weaning away from federal legalism to ground level innovation that accounts for differing perspectives, could proffer better results for ECD at large.

Public refrain on India’s international competitiveness almost always points back to the country’s failure to produce improved human development indices, in comparison with competing powers. The ECCE, through its focus on ECD, allows for the appreciation of these indicators, by integrating and revitalizing educational pedagogies and healthcare facilities. However, as critical budgets contract and the demand for competent human resources rises, one has to question the government’s will to execute these policies efficiently.

Therefore, as successive Central governments commit to millennium goals and tackle the issues relating to childhood development, the quality of services provided should be prioritized as much as their quantity.