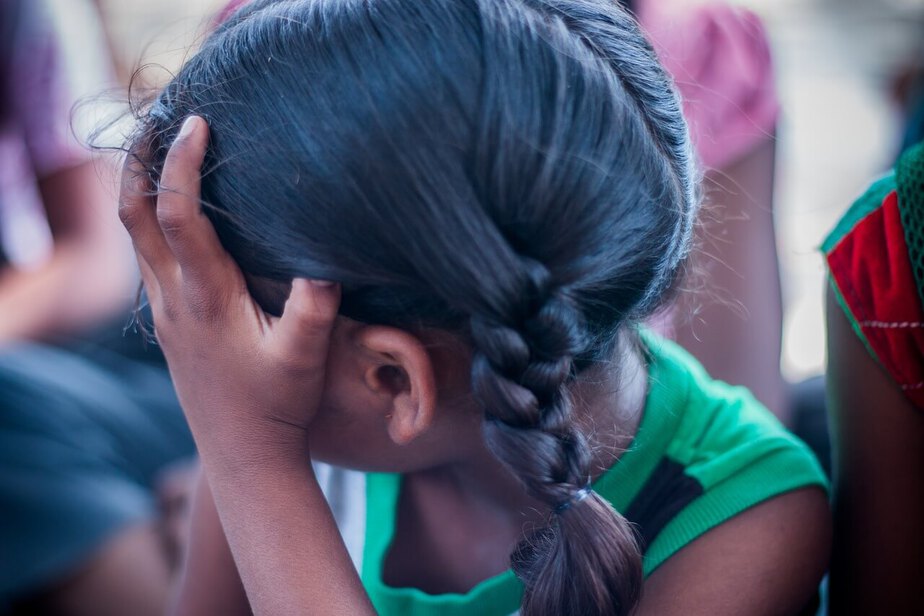 Structural and socio-cultural limitations entrenched in modern India have prevented innumerable young girls from attending school across the country. Lack of access to education reinforces pre-existing toxic prejudices against women. It affects women’s physical and mental health, their standards of living and it threatens their existence in itself.

India’s dismal child sex ratio, which has continuously worsened since the 1960s reflects this. As of 2011, there are only 918 girls for every 1000 boys. Successive governments have attempted to combat this problem by rolling out various schemes to benefit the girl child.

One such scheme launched by the Narendra Modi-led NDA Government in 2014 (under the aegis of the Ministry of Women and Child Development – MWCD) is the Beti Bachao Beti Padhao Yojana (BBBPY). The BBBPY intends to remedy India’s worrying sex ratio by focusing on the education of young girls through community driven practices.

The main factors which prevent girls from attending school in India are early-marriages, domestic responsibilities and seasonal work pressure. Families cite safety and sanitation as key concerns, attributed to the sexualisation of young girls post puberty. Put together, these roadblocks have contributed to the high dropout rates of young girls from both primary and secondary education in India.

By adopting a holistic model, the BBBPY calls for the close cooperation between the Central, State and District levels of administration so as to improve education figures in 100 critical districts.

The tangible targets enlisted include raising girls’ secondary school enrollment from 73% in 2013-14 to 79% by 2017, reducing their dropout rates substantially and improving their access to education by reintroducing the School Management Committee (SMC).

The SMC, a facet of the Sarva Shiksha Abhiyan policy of 2001 (under the aegis of the Ministry of Human Resource Development – MHRD) consists of teachers, parents of enrolled children and local authorities. Ideally, the committee aims to inculcate a sense of accountability and responsibility regarding girl-child education at the grassroots.

To ensure the actualisation of these varied objectives, the policy also mandates meticulous documentation of initiatives taken by lower administrative echelons. Along with SMCs, these records play a pivotal role in the scheme by creating an incentive system. The BBBPY recognises five schools within each critical district and monitors their progress through the disbursement of a 1 lakh reward to each area’s Education Department.

With long term goals of ensuring gender equality and respect in Indian society, the plan has been heralded by the government as a success. Upon closer inspection, the BBBPY is pockmarked with structural deficiencies and administrative inefficiencies which undermine its ‘success’.

For starters, the scheme largely depends upon the existing infrastructural tenets of the Sarva Shiksha Abhiyan and Rashtriya Madhyamik Shishya Abhiyan (RMSA) to meet its ends. This is problematic because the ‘new’ scheme inherently carries over shortcomings of pre-existing schemes in leading to a snowballing of mismanagement and inefficacy.

The BBBPY itself has witnessed chronic underspending of allocated funds over the last financial year. According to a Parliamentary Standing Committee published by the MHRD, a paltry 5 crore of the 43 initially allocated was utilised. Similar to the BBBPY, the SSA advocates State responsibility in encouraging community participation in its schemes. Unfortunately, the under-expenditure of States in this regard is still low ─ to the extent that parents are oblivious of their membership in SMCs in the first place.

This lack of awareness can be attributed to discrepancies between MHRD budgets, and government resource allocation. 43% of the desired funds were provided by the government in FY 2014-15, only to decrease to a slim 30% in the next FY.

Interestingly, even within this minimalist spectrum of overall possible expenditure, funds are increasingly being underutilised by States. FY 2014-15 saw 75% of these funds spent, while FY 2015-16 witnessed a drop to 70%. For example, both Maharashtra and Haryana utilised 83% of their allocated funds in FY 2014-15, only to witness a significant drop in expenditure to 54% and 47% in the following FY respectively.

Other patterns of expenditure vary greatly. 60% of SSA funds were distributed amongst five States in FY 2016-17, namely Uttar Pradesh, Madhya Pradesh, Bihar, Rajasthan and West Bengal. The previous year saw West Bengal perform poorly, clocking the lowest overall expenditure of its funds at 40% (albeit closely trailed by Telangana at 41%). Punjab’s performance has been particularly lacklustre ─ only 0.91 crores of its 6.36 were utilised, 11 districts suffered from poor implementation, and 9 others failed to implement the scheme at all. Only Gujarat and Himachal Pradesh have sustained the SSA expenditure by spending 90% of their allocated funds in FY 2015-16.

So far, the BBBPY has been victim to the misuse of essential government funds. For example, Haryana’s schools indicate the negligible provision of standard classrooms, toilets, playgrounds, drinking water facilities, libraries and kitchens.

When 5 lakhs was released by a District Program Officer of the MWCD to galvanise the scheme in the State, 3 lakhs was spent on a ‘theme gate’ for its inauguration!

Fund mismanagement can be seen in the MWCD as well. 21.24 lakhs was spent on 1,800 laptop bags and 2,900 mugs which bore the scheme’s insignia. This 21 lakh was used to distribute merchandise across the country to ‘spread awareness’. Strangely enough, CAG audits have even recognised these expenditures as irregular and inconsequential to improving awareness of the scheme and achieving its objectives.

Cumulatively, these shortcomings to the BBBPY have hindered its goal of lowering dropout rates, especially amongst girls. When the performance of three critical districts was tested it revealed that enrolment rates have reduced either marginally or significantly in the period between 2014-15 and 2015-16. Overall, the percentage of unenrolled primary students has increased from 1.02% in 2010-11 to 4.44% in 2015-16; these results are mirrored in the aforementioned tested districts.

Any policy can be exclusionary in its formulation or implementation. An effective policy, however, is one that best minimises its potential shortcomings given the conditions it is set in.

So, while the Beti Bachao Beti Padhao Yojana is well-intentioned, it excessively relies on idealism while ignoring crucial social, religious, and political currents which influence public interaction in the country. Stigma often prevents uneducated and illiterate parents from confidently approaching local teachers. Regardless of their gender, students are still segregated according to caste within their classes.

In such a social context, one wonders how parents, teachers and authorities are expected to collaborate in the first place. This reality points towards the larger state of oblivion in Indian policy making towards gendered socio-cultural issues of caste, class, and poverty.

The stigma surrounding girls’ education can only be conquered by considering the complexities within India’s social realities. This necessitates the strengthening of parallel projects which envision the same end-goal of ensuring gender parity. Examples of these are the Pre-Conception and Pre-Natal Diagnostics Act and the Swacch Bharat Abhiyan.

Constant regulation of State expenditure and stricter enforcement principles will improve the efficacy and impact of targeted government projects like the BBBPY immensely.