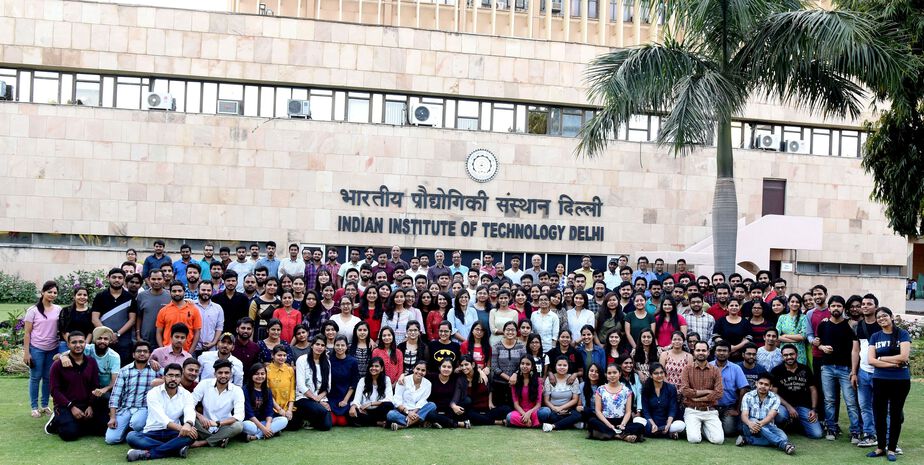 Vijay Kumar, the son of a tailor, made the headlines last month for being enrolled at the prestigious Indian Institute of Technology (IIT), Delhi along with the state’s Chief Minister Arvind Kejriwal’s son. Giving credit to his government’s flagship Jai Bhim Mukhyamantri Pratibha Vikas Yojana, Kejriwal tweeted, “…….for years, this practice was going on that the poor’s son was forced to remain poor due to lack of good education. Now, by giving everyone good education and training, we have removed the distance between the poor and the rich.”

At a time when quality higher education, especially in top-tier colleges, has become a lucrative business for many and a barely affordable option for the economically weaker section, this big-ticket welfare scheme is nothing short of a boon for the students like Vijay.

The scheme targets economically disadvantaged Scheduled Caste (SC) students, under which the government pays a maximum of ₹40,000 per student to selected institutes for coaching for competitive exams across various fields. Further, it sanctions a monthly stipend of ₹2500 to each such student.

Candidates who have passed 10th and 12th (or studying in class 12th) with 50% of marks in the qualifying exams, and having a total family annual income of not more than 6 lakhs are eligible to apply.

To say that this scheme is anything short of bold policy-making would not be fair. Starting with around 100 students, the numbers have risen exponentially; about 4,953 students from SC category were enrolled in 2018 for coaching across Engineering, Medical, Staff Selection Commission (SSC), Public Sector Undertakings (PSUs), and Union Public Service Commission (UPSC) exams.

“During 2018-19, nearly 35 students have qualified the JEE Main and NEET out of 107 students, from these students 13 got qualified in JEE Main and 22 qualified NEET. Till date 4 students have secured admissions in top institutions including IIT-Delhi, NSUT-Delhi and NIT Delhi” said Social Welfare minister Rajendra Pal Gautam in an interview with The Hindu.

Vijay Kumar, the tailor’s son who made it to IIT, was enrolled at Sachdeva Colleges Ltd under the scheme and cracked the exams on his first attempt. “The coaching I received helped me get a better understanding of the basics. Since I was in Class 12, I knew what I wanted. However, I wasn’t sure if I could ever pursue my academic goals. Hence, when I got the opportunity, I opted for this scheme,” he said, thrilled to bits about his hard-earned success.

Another success story like Vijay, is that of Shashi, a 19-year-old daughter of a daily wage earner. She secured admission to the prestigious Lady Hardinge Medical College after clearing the NEET exam. Shashi is the fifth student and the first girl who has successfully secured admission under the scheme. Similarly, Amarjeet and Sagar Singh, who got through National Institute of Technology (NIT), Delhi and Benaras Hindu University (BHU) respectively, said preparing for the medical exam would not have been possible without the government scheme.

However, despite several such success stories, the policy is by no means whole. For example, due to the prescribed upper limit of coaching fees — ₹40,000 — many premier coaching institutions have not applied to be a part of this scheme. The current number of institutes offering free coaching is as less as 8 with limited seats.

Further, the maximum duration of coaching for any course is 4-5 months, which obviously is  insufficient considering the rigorous curriculum structure and tough patterns of the competitive exams.

Another issue was that of insufficient awareness about the programme; some institutes said that they had to approach many government school students on their own because of this. Explaining the benefits of the scheme and convincing parents to apply was not easy either. Mr  Soam Sachdeva, vice chairman of Sachdeva Colleges Ltd, which is among the institutes enrolled for the scheme, said, “The toughest part is to convince parents to send their wards to these tuition classes due to low literacy level and awareness among these parents.”

There is a slight catch with the ‘free’ part of the scheme itself; it is completely free only for students with a family income of less than two lakhs a year and an exempted fee of 75% for an income less than six lakhs.The scheme has limited seats of 100 for each course and the benefits under this can be availed by a student not more than twice, with only 50% of fee provided by the Government for the second time. This leaves students under the pressure of clearing the exam in the first attempt itself.

That being said, the government, to its credit, has suggested some strong modifications in the program.

An expansion of the ambit of the scheme is planned, to cover students from the Scheduled Tribes (STs), Other Backward Classes (OBCs) and the Economically Weaker Section (EWS) quota in the general category. This will be applicable to students who have passed class 10 and 12 from Delhi and whose family earns less than ₹8 lakhs annually.

Private coaching institutions will also see an increase in the amount they receive from the government, from ₹40,000 to ₹1.5 lakhs, while increasing the duration of the coaching to 10 months. The expansion plans also envision bringing in more reputed institutions under the scheme; Raj Pal Gautam recently chaired a meeting with heads of 15 private coaching institutes like Aakash, Chanakya, Nirvana, Time, Khan Study Group and Pahuja Law Academy, among others, to make them a part of the system.

Expectedly, this expansion announcement has been criticised by its political foes, saying that it is nothing more than pre-poll politics. While that does play a role, it is imperative to look beyond this; the scheme has worked well thus far, and an expansion of the same would benefit hundreds. The fact that this announcement has happened at the time that it did allows citizens to hold AAP accountable for its implementation if the party does come back to power.

With quality higher education being a resource that not many can afford, an experiment such as this is exciting. If this presents the opportunity for more children like Vijay, Himanshu and Shashi to take the leap for a better future, Delhi must be given credit where it is due, and other state education systems would do well to learn from this.