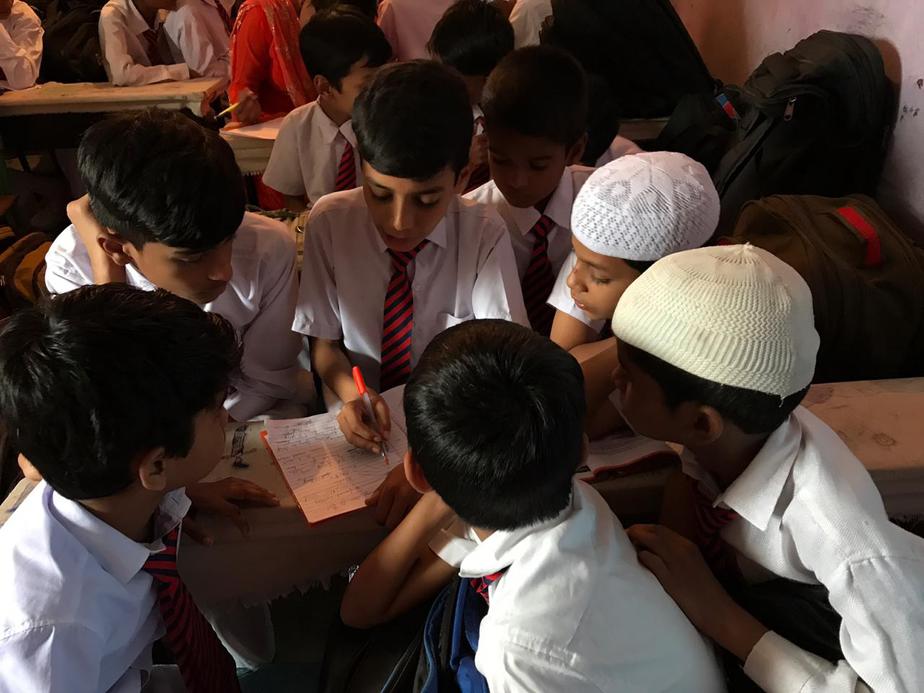 The state of Telangana was created on the 2nd of June, 2014, making it the 29th state of the country. It inherited an education system that it claims to have improved since then, with the help of schemes like Rashtriya Madhyamik Shiksha Abhiyan. The government states that it has been providing adequate teaching and non-teaching staff to secondary schools since 2010 (in erstwhile undivided Andhra Pradesh), has developed infrastructure by providing separate toilets for boys and girls, and that no student has been deprived of an education based on disability, gender, or socio-economic conditions.

You May Also Like: Equity or Error? Assessing Andhra Pradesh’s English-ization of School Education

The district of Hyderabad is home to 1344 high schools according to government data. To see all of these schools operating with the above-mentioned facilities would be delightful, but sadly that is not the case. Despite some efforts from the government, little has changed in the system over the last decade.

As Teach for India (TFI) fellows working in some of the city’s low-income private and government schools, the reality we experience is quite different: a shortage of teachers, especially in secondary classes, is quite common to the extent that some classes do not have a teacher at all for a part of the academic year!

It is also common to see schools without playgrounds (a report by TISS states that 24% of Telangana’s schools function without playgrounds), without a proper sanitation system in place, and without a drinking water supply for students. Dropouts based on gender and disability are also quite high, with about 7-10% percent of students in my school dropping out after Grade 8 on an annual basis. How is this still the state of affairs in a relatively developed state?

After further conversations with other TFI fellows, I realized that the education system has not just failed to serve its purpose for the students, but has unfortunately also limited the students’ perspective towards the real meaning of learning. The system on the ground focuses on rote learning and memorization, an age-old system of teacher-centric learning where the student is not even allowed the space to develop opinions, problem-solving skills, or creativity. The system has introduced a number of co-curricular activities that low-income schools are hardly ever able to provide. This is a two-fold problem that not only deprives many students of a holistic education, but also creates an imbalance between schools that can afford such activities and those that can’t. So, students drop out, or simply remain uninterested in their education.

But, do we dare challenge the education system enough to make things right? Who do we consult to improve the situation?

Who Are the Changemakers in the Classroom?

Before joining Teach For India I believed that it was the teachers’ job alone to bring systemic changes in the classroom and the education system. But, after spending time engaging with students over the last six months, I witnessed first hand that long term change was only possible through student action supported by teachers and enablers. Students are not helpless in this whirlwind that is the Indian education system, but rather, they are often changemakers. Two of my students, Sangeetha and Sohail, have personified the word changemaker by trying their best to find solutions to problems within the school or the community. They both come from a low-income, primarily Muslim neighbourhood in Hyderabad.

Sangeetha, a Grade 9 student draws inspiration from multiple sources, be it her mother who struggled as a young mother, to all the new friends she made through various events she’s participated in over the last few years. The starting point was ‘Dramebaz’ (a yearly event organized by TFI where students display their acting talents), where she learned to voice her opinions and build self-esteem. After this, Sangeetha worked towards spreading awareness about the importance of educating girls in the community and preventing child marriage, a phenomenon that is still prevalent in India. She went on to be selected for the Student Council, a student leadership platform organized by TFI where she learned about global warming. She immediately acted by planting trees in her house and encouraged others in her community to do the same. She has slowly worked on building her own identity, in order to help others do the same.

You May Also Like: Bride and Prejudice: Fighting against child marriage in Delhi’s schools

Sohail has been a student leader from a very young age tackling one challenge after another in his community, while continuously performing excellently in class. Additionally, he has also carried out projects to create safe spaces for other students where they can express their feelings and discuss the problems they face at school or at home. Over the last few years he has participated in debates, and hosted events at Osmania University and the Indian School of Business, where he was exposed to new perspectives that eventually helped him shape his own. Leveraging these learnings, Sohail actively reaches to his peers in his community to help them stay away from substance abuse and violence, and also, to unlearn sexist behaviour.

The Kids Education Revolution, a TFI initiative where students are empowered to change their surroundings was helpful for Sohail, by creating an environment where students’ opinions on the education system were valued. Sohail learned through other student leaders that students were important stakeholders in the education system and can become changemakers with help and support from teachers. He now plans to start a project called Bridging the Gap for Non-TFI students in the school to improve academics and exposure to extra-curricular opportunities.

Placing Students at the Centre of Educational Reforms

The enduring change that some students are working towards has only been possible because of the years of hard work and effort put in by previous fellows and other teachers. Yet, problems posed by the education system are daunting which is why they cannot be tackled by the teacher alone.

Students understand their community best and educational interventions will probably be received better when it comes from them. Students are also the best people to give feedback on the curriculum, school or class structure, teaching methods, assessments, and learning styles. So, if we as teachers truly collaborate with students by providing them with adequate exposure to confidence-building mechanisms right from the primary level, by treating them as partners at every step of the schooling process, and by constantly making them aware of their responsibilities and their abilities, change in the education system and society at large will be inevitable.