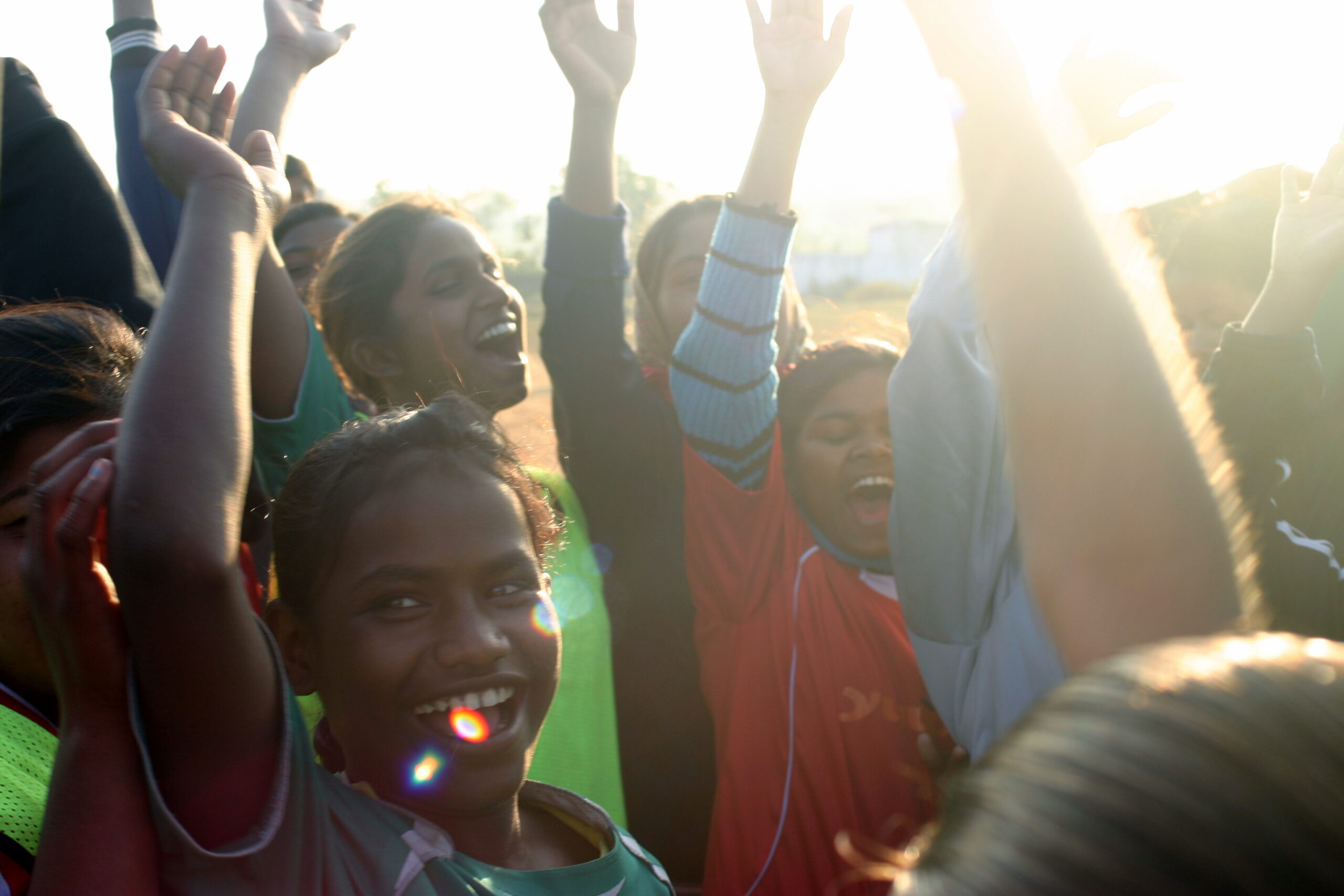 On 15 August 2022, 11 men convicted of life imprisonment for the gang rape of then-21-year-old Bilkis Bano and the murder of her family members during the 2002 Gujarat riots, walked free from jail. On 14 August 2022, a Dalit boy was killed for drinking water from his (upper caste) teacher’s waterpot in Rajasthan. On April 10, a 14-year-old Dalit boy was assaulted and forced to lick a man’s feet in Rae Bareilly. According to the National Crime Records Bureau records, two in three undertrials belong to marginalised communities, and nearly half the undertrials in the country are between the age of 18-30. Despite strides in advancements and proclaimed abolishment of the caste system and its historic practices of oppression, justice is delayed as well as denied, especially to marginalised communities.

These instances of social oppression and systemic injustices are not precipitous in nature but are deep-seated in our society. The manifestation of this long-dragged oppression has seen all ugly faces of marginalisation, not limited to poverty, a lack of access to healthcare, and the erosion of fundamental human rights. Inequalities then serve as a driver, amplifier and consequence of multiple and overlapping crises—economic, social, political and ecological. Therefore, it is the need of the hour to take concerted,  persistent and systemic efforts in response to these injustices.

Although the world today is earmarked by the word ‘change’, ‘change’ doesn’t always necessarily denote progress and advancements. Therein lies a challenge to adapt to changing environments and new social issues, and to rise to the imperative to innovate solutions to these challenges. This is the process of innovating solutions for the greater good, and change-making. Amidst all these innovations to tackle social injustices, climate change, pandemics, and conflicts, we increasingly see young leaders at the helm.

India has the largest youth population in the world. More than 50% of India’s population is below the age of 25. While there lies a tremendous untapped potential in capitalising on the vigour and determination of the youth to solve social issues, there already are incredible instances of young leaders taking the baton of transforming their communities. Even in the most gatekept sector—politics, young leaders can be seen breaking the glass ceilings, with 21-year-old Arya Rajendran having been elected the mayor of Thiruvananthapuram, Kerala. Before that, Sabitha Begum became the mayor of Kollam Corp at the age of 23. These exemplars are not just limited to the world of politics, but also in other spheres of society like science, technology, engineering and mathematics (STEM).

When it comes to the rule of law and social justice, incidents of injustice and the underlying nuances that were earlier brushed under the carpet are not given the same free hand today. Increased coverage via social media and new-age news platforms guarantees accountability. Social media is now one of the strongest mediums of news coverage and is primarily run by the youth.

‘Young changemakers’ have the ability to transform ‘justice seeking’ to ‘justice making’ through their ability to lead the action. In that regard, Ashoka’s Law for All Initiative launched an impact study to capture trends and learnings from organisations and young changemakers moving the needle towards equitable access to justice. Two surveys were conducted along with in-depth interviews to effectively capture these learnings in the hope that these shared narratives would inspire a far-reaching movement towards equitable access to justice.

What Does it Mean to be A Young Changemaker?

In a conversation with Gopal Gandvane, a 21-year-old young changemaker from Bhagavad village, in Harda District in Madhya Pradesh, he emphasises that the “youth are not only the most active age group but also the future of tomorrow.” Gopal was one of the changemakers in the ‘Young Changemakers in Justice’ project, a collaboration between the Law for All Initiative, ComMutiny, Reap Benefit and Youth Ki Awaaz in addition to Agami, as a Justice Ecosystem partner. Gopal was a part of Justice-Jagrik, an intervention run by ComMutiny and Social Health and Education Development Organisation (SHEDO) in Harda District, Madhya Pradesh wherein the capacities of young changemakers in justice delivery and constitutional values were built.

Young changemakers are found to have an advantage over their older counterparts, as they are more attuned to changing contexts, have technology on their side, and are a warehouse of innovative ideas. In our study, young leaders were asked if they consider themselves to be ‘changemakers’. In the surveys, it was noted that only 37% of youth respondents identify themselves as changemakers; and 59% indicated that they are trying to be changemakers. Furthermore, 63% of youth respondents indicated changemaking as their core driver for their initiatives.

In India, rule of law and justice delivery hasn’t quite stood up to the challenge of changing times or as a redressal mechanism to tackle entrenched inequities. Therefore, it becomes critical to focus on changemaking in law and justice. We found that young changemakers are changing the dynamics in their communities around issues pertaining to participation and awareness (49%), youth empowerment (46%), rights of marginalised communities (46%), and women empowerment (37%).

We also asked young changemakers what justice means to them, and here are some responses that encapsulate the essence.

How are young changemakers leading the action in their communities and beyond?

We spoke to two young changemakers, Gopal Gandvane and Nidhi Parte post the Justice Jagrik intervention conducted by ComMutiny and SHEDO to understand their motivations, and undertakings to solve social issues in their communities.

Gopal is transforming his village (Bhagavad, Timarini, Harda, MP) in order to put a stop to religion-based intergenerational begging and to uphold child rights. In his village, children from the Kalbeliya community are forced to resort to begging from the age of three, because of acute poverty. Consequently, the education of their children doesn’t concern them even as an afterthought. To add to this social issue, there are numerous incidents of children from the community going missing, who are later found to be victims of child trafficking. As grave as these issues are, they have not been met with adequate urgency and action from law enforcement systems. The Department of Women and Child Development in Harda, Madhya Pradesh has also been inadequate in this regard. Gopal’s interventions through door-to-door campaigns, rallies, and influencing gram sachivs, panchayats and schools have resulted in roughly 10 children returning to schools for their education. He hopes to influence more families and more villages but financial constraints and lack of adequate support deter his push.

Nidhi, a 19-year-old changemaker from Khamkheda village, Madhya Pradesh, on the other hand, uses Adivasi performance art as a medium to raise awareness about constitutional rights among young girls and children. Initially, Nidhi enrolled herself in the Justice Jagrik initiative to earn some money and to continue her dancing hobby. Coming from a family with eight siblings and great financial duress, she used money from the Justice Jagrik initiative as an incentive to convince her family to let her continue her intervention. Her dance class generally has 10-15 children who regularly come to the dance classes. She chose Adivasi performance art as a medium for awareness as she feels Adivasi arts don’t have the space or platform anymore to flourish even in the Adivasi areas. So, her multipronged approach provides the space for Adivasi performance arts raises awareness of constitutional rights while remaining interactive and fun. Nidhi wants to expand the reach of her dance classes if she can garner enough funds and focus on her education at the same time.

The conversations and surveys found that 73% of the youth respondents listed lack of funds as the major hurdle. For young changemakers from marginalised communities, it is beyond a hurdle, a deterrent to even the initiation of initiatives.

Both Gopal and Nidhi underlined that their families wouldn’t have been open to them leading action on social issues, and raising awareness if there was no source of income or funds for the activity. Unsaid stereotypes that perpetuate ageism against young people, build extra barriers for the young changemakers to cross. Extra standards of accountability and transparency are expected as if being young also implies being frivolous and incompetent. This ageism is also seen to intersect with sexism, where young women face more discrimination than their male counterparts. Investing in young people also means investing in your future. Numerous accelerator programmes have now been spurred to support and invest in innovations by young changemakers.

We also spoke with two other young changemakers as part of our impact study, Priyaswara Bharti and Vibha Nadig.

In Bihar Ashoka Young Changemaker, Priyaswara Bharti founded Bihar Youth for Child Rights (BYCR) at the age of 13 to raise awareness around child rights, and to translate child protection laws into easier, accessible formats. She observed that in rural Bihar, child marriage and child labour were commonplace and considered norms. Unnerved by these norms, she set up BYCR to change how young girls understood their rights, so they could stand up for themselves. BYCR has now branched out to other focus areas like women empowerment, youth empowerment, and sexual and reproductive health and rights across more than 13 districts in Bihar.

Vibha Nadig founded a non-profit called OutLawed India with the aim to raise awareness about one’s rights and simplify the legal language. As an undergraduate law student, Vibha felt that it is not just the letter and intent of the law that matters; rather, the bigger challenge lies in thinking through the formats and language of communicating said law. OutLawed India simplifies legal language for the masses through workshops with Anganwadi workers, factory workers and children at risk.

What are the key challenges for young changemakers?

Apart from the lack of funds that young changemakers like Gopal and Nidhi spoke about, there are several other challenges that the youth face on their changemaking journeys.

Aditi Gera, another Ashoka young changemaker and prestigious Diana award winner, shared that her biggest hurdle lies in keeping her organisation members interested and devoted to the cause. Her organisation Empowerette provides one-to-one mentorship to girls from marginalised communities. In doing so, Aditi is committed to finding ways of making her initiative sustainable.

It has been documented that ‘independent replication’ is one way to tackle this bottleneck faced by Aditi — wherein the capacity and interest of the community to lead the same action independently, even when the founder decides to walk away from the undertaking, can be built. Moreover, a ripple effect that occurs when the same models are replicated elsewhere in another community or even another country, which is the hallmark of a truly sustainability and independent replication.

Priyaswara, Gopal, and Nidhi also underlined that although they found mentors in their journeys, they believe that the young changemakers who are starting their ventures do not have a clear idea of how to navigate the field. For young changemakers, partnerships and collaborations also took shape in the form of mentorship. Vibha mentions that her partnership with ReapBenefit helped her find mentors in their founders.

As young changemakers are the force of change for today and our tomorrow, it is wise to invest in their social entrepreneurial journeys and foster their growth with care and patience.

This is the first story in a four-part collaboration with Ashoka’s Law for All Initiative, highlighting insights from their work with partners and collaborators who strengthen young changemakers’ innovations in law and justice space across India. Law for All is one of the strategic focus areas for Ashoka in South Asia.